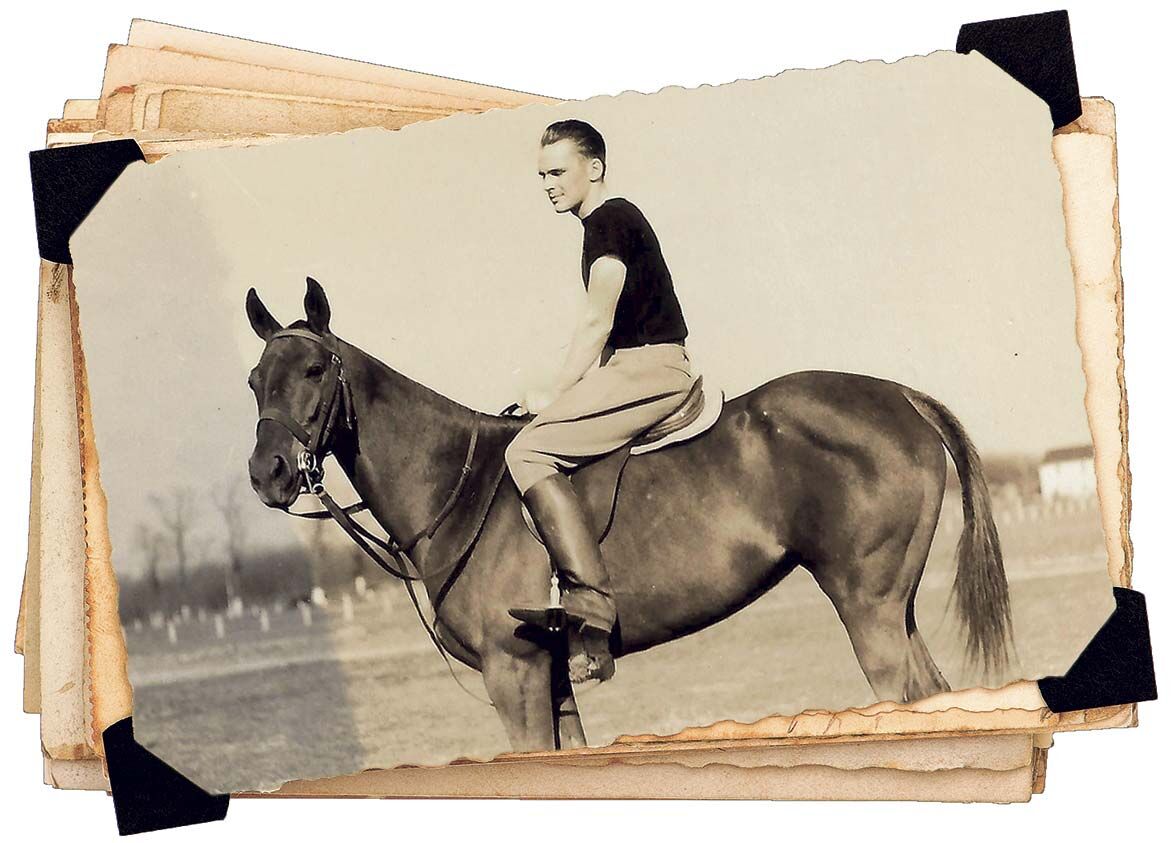 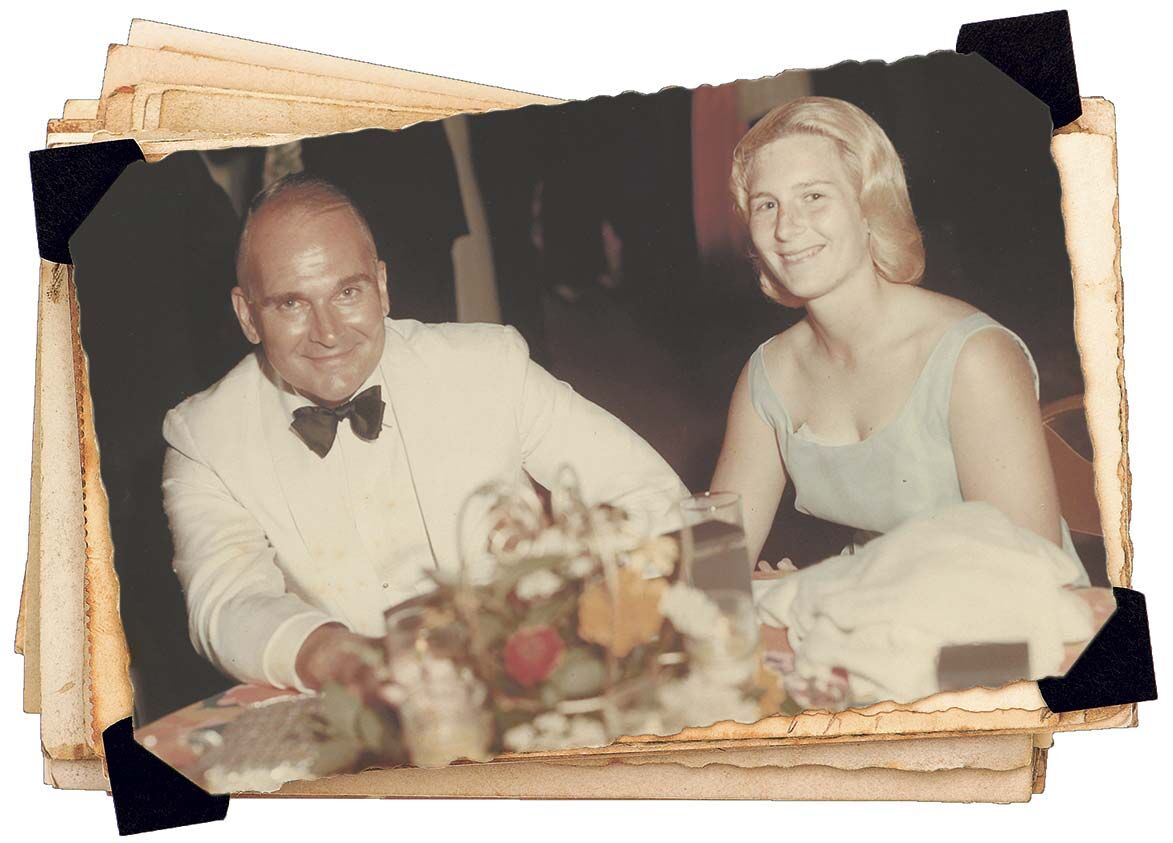 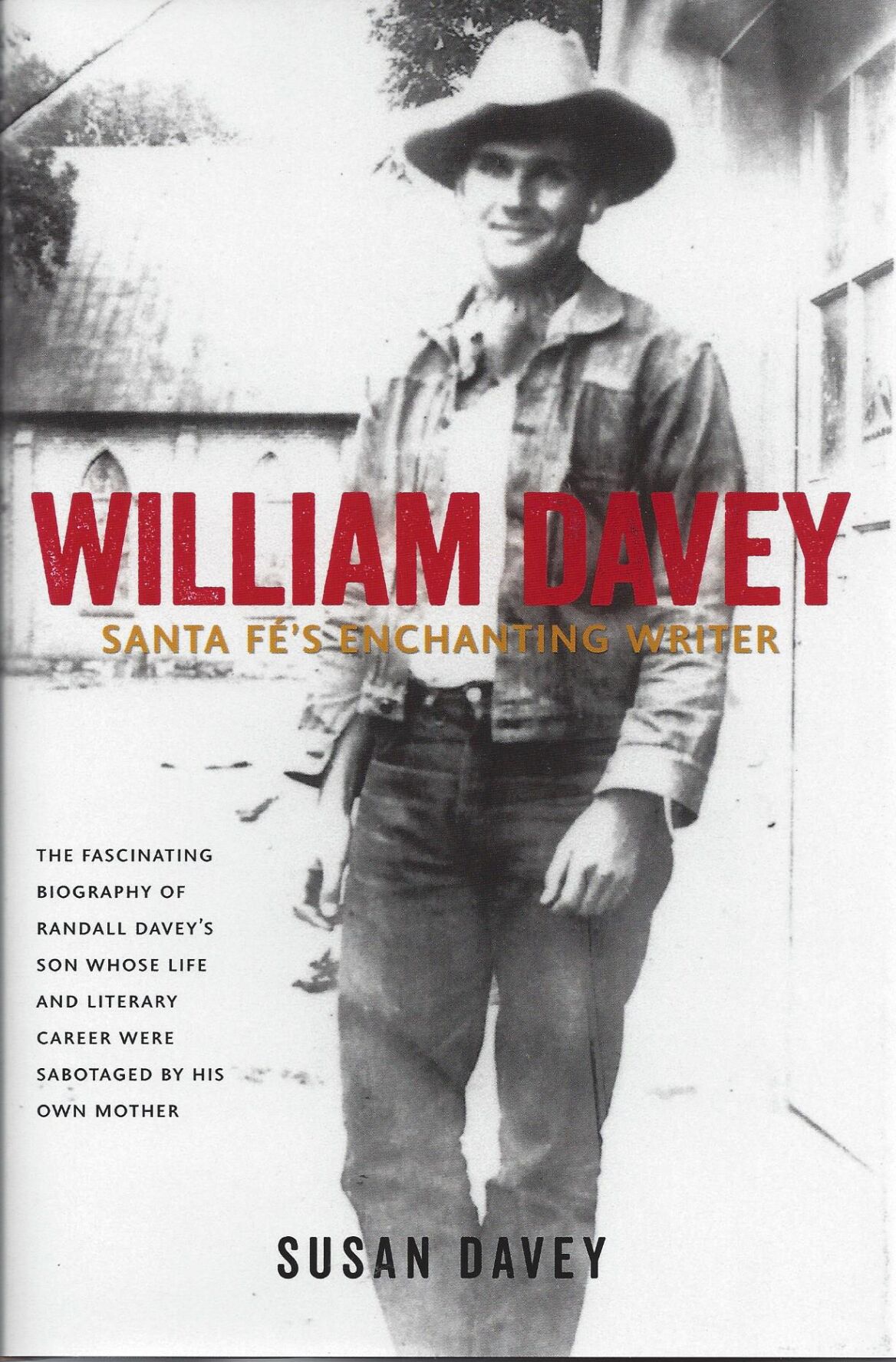 At the very top of Upper Canyon Road sits the Randall Davey House, the former home of the famed painter who moved to Santa Fe in 1920. The thick-walled adobe structure began its life as a sawmill in the mid-19th century. Davey renovated it into a curious and delightful specimen of Santa Fe art deco. Northern New Mexico’s creative elite attended many lavish cocktail parties there until Davey’s death in 1964, and an aura of decadence still hovers over what is now a rustic house museum on the grounds of the Randall Davey Audubon Center.

But, for all its glamour, life in the Davey household could be tumultuous. For instance, a scene of marital chaos erupted when Davey’s second wife, Isabelle, arrived in Santa Fe, in 1932, and found some of his first wife’s possessions still in the house. “She went out on that little balcony on the second floor and started tossing things off, and the only way Randall could stop her was to toss her stuff off the balcony,” says Kim Straus, a volunteer docent at the Randall Davey House and researcher on Davey.

Darker still, Davey’s son, William, was close with his father, but believed that his mother — Davey’s first wife, Florence — loathed him from the moment he was born.

When he was 3 years old, his father reportedly told a friend that Florence and little Bill were “allergic to each other, him to her milk and she to the fact that he’s a boy.” This anecdote comes from William Davey: Santa Fe’s Enchanting Writer, a slim volume written by his widow, Susan Davey. (2020, self-published, 145 pages, $19.95).

William (known as Bill) grew up in Santa Fe and became a writer, as well as a polo enthusiast, a hobby he shared with Randall. He was married seven times and died in 1999, at age 86. Based on his correspondence included in the book, he was still fuming about the past. The biography contains numerous examples of Florence’s ill treatment of her son, but Davey’s primary claim in this arena is that Florence sabotaged her late husband’s literary career by paying publishing houses to keep his novels out of print.

Although Straus has only heard such allegations from Susan Davey, he says that Florence was known to be “very opinionated, and she seems to not have treated her son and his wives all that well.”

While it’s difficult to believe many of the assertions in William Davey, it’s also hard to put the book down. The overall tone is high-society cocktail-party gossip — intriguing, but not necessarily reliable. Almost nothing in the book can be corroborated, and Davey’s observations about the people who entered her husband’s life veer between caustic and potentially libelous. (Most of the people mentioned are long dead.) For instance, there is a short anecdote about William delivering a ham once a month to D.H. Lawrence’s widow, Frieda, at the behest of his wealthy stepfather, Cyrus McCormick III. Davey writes that although Frieda Lawrence was a baroness, she had “worse manners than a peasant,” because she never thanked Bill for driving the hams from Santa Fe to Taos. Some of Bill’s other memories are far more serious, including spousal abuse, as well as allegations of extramarital affairs and even incest.

Susan, who is in her mid-70s, wrote Bill’s life story because he asked her to. “He thought that it ought to be told — not for his particular situation, but for the fact that he’d been so wronged for so many years, that it would be an inspiration for other people to know that he could overcome such drama and still be successful.

“He was so vocal in his descriptions of his earlier life that I made little squirrely notes [when he was alive],” she says. “It took me four years to get all this together, to get an interesting timeline. I was trying to be very neutral. My personal input is there, because I was so involved in it, but I didn’t want it to be vindictive or nasty to anyone. I thought it was a fair account of the whole situation.”

Susan Davey (nee Steenrod) met Bill in 1965, at the Blind Brook Polo Club near Purchase, New York, where she worked as an exercise rider. She was 30 years his junior and would go on to become the first female member of the U.S. Polo Association. He charmed her into exercising his horses in the mornings and working as his secretary in the afternoons. They were married within the year and eventually moved to a farm outside of Keene, Virginia, where she still lives.

Davey wrote longhand. Susan was his typist and eventually his editor and ghostwriter. After he died, she completed his unfinished novel, Splendor from Darkness, which was published in 2011, and has worked to get some of his other books back into print. A significant portion of William Davey lauds his writing talent via reproduced commentary from publishers and others who read his manuscripts. His prose is clean and direct, and he has a good eye for resonant detail. Davey had some minor publishing success in the United States and overseas, but he could never figure out why big contracts that were promised failed to materialize — until his mother died in 1979 and he discovered her secret plot to ruin his career.

Susan says that even though Bill had evidence his mother had paid them off, he never went back to the publishers to find out why they took her money. “That wasn’t the thing to do,” she says.

The book’s final section is a wealth of correspondence between Davey and an editor friend, R. Peter Burnham, from the last years of Davey’s life. These letters reveal an intensely bitter, judgmental man who believed that nearly every woman he’d ever known had wronged him.

“Well, you should have seen what showed up! She was about six feet three, not flat-chested but inverse-chested, with long black clotted locks of hair the ends of which surprised one because they did not hiss like the hair on the head of Medusa,” he wrote of Julie Phillips, who came to interview him while researching her award-winning biography of Davey’s first wife, James Tiptree, Jr.: The Double Life of Alice B. Sheldon (2006).

“We met in Charlottesville, Virginia. I was 31, he was 83,” Phillips says via email, from her home in Amsterdam. “He was quite obviously annoyed that Alice was getting a biography and he wasn’t; he was charming, funny, and generous to me and nasty about Alice. … He divorced Alice in 1941 and still resented her, to a really impressive degree, in 1996.”

Ultimately, Davey is quite a tragic figure, a talented man whose ruinous relationship with his mother colored every other relationship and experience in his life. And yet he willingly lived under her thumb. He might have moved away, cut off contact, paid for his own housing, and become his own man. If he were born later in the 20th century, would he have benefitted from psychotherapy?

“No, I don’t think that would’ve worked,” Susan Davey says. “He was very strong-willed in many ways, like his father was. [He and Florence] had a relationship that I wasn’t completely privy to. I never quite understood the hold that she had on him in general, and why he put up with it.” ◀