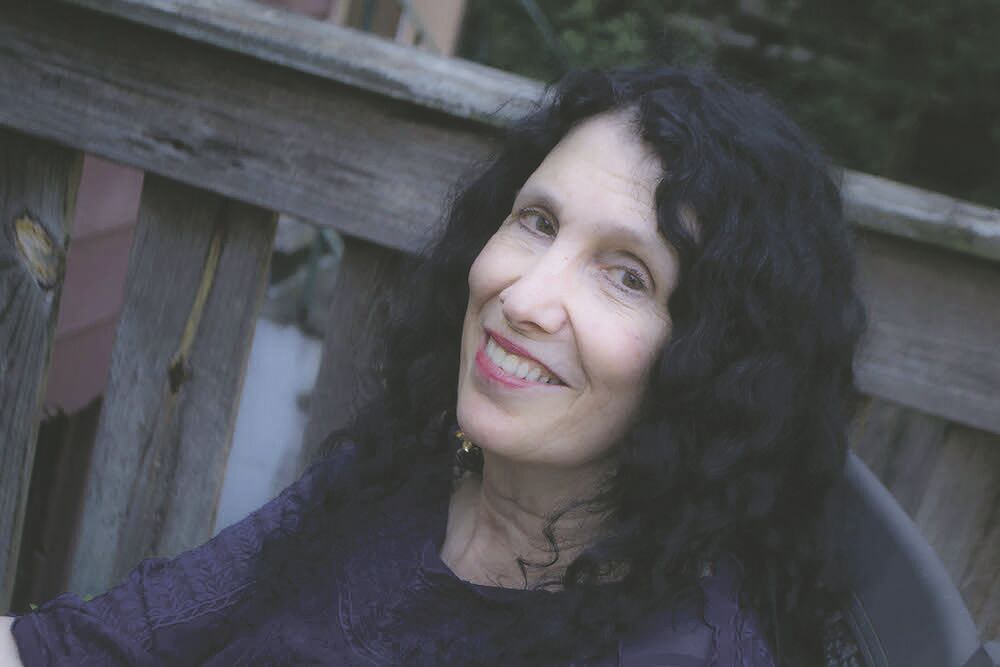 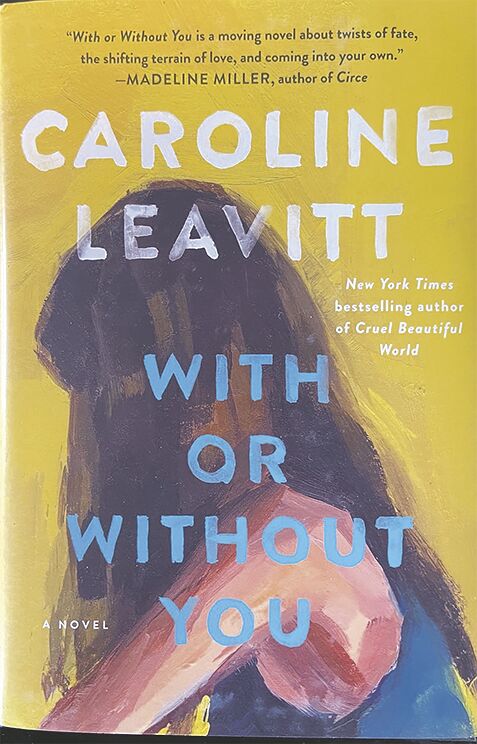 After 20 years, Stella and Simon are at a precipice in their relationship. She’s a respected nurse at a Manhattan hospital; he’s a musician who’s spent decades chasing fame. Now in their early 40s, they’re not sure if they’re still in love. In the first chapter of Caroline Leavitt’s ninth novel, With or Without You, a night spent drinking wine and arguing about their future ends in disaster when Stella — longing to recapture her heady youth — pops an unidentified pill from Simon’s pocket and falls into a coma.

With or Without You (Algonquin Books, 2020, 288 pages, $26.95) is the story of what happens next, as Simon sits by Stella’s hospital bed, and Stella, from deep within the recesses of consciousness, struggles to make sense of her mysterious situation. It’s a redemption tale anchored in a medical chronicle, threaded with the finest filaments of magical realism. Starting from a point of stasis, Leavitt pushes her characters toward profound personal change.

Even though its subject matter could be considered a bit depressing in any other summer, the novel might be included in lists of “beach reads.” In the chaos of 2020, however, the story of a coma patient and her bereft life partner has an unexpected lightness. Its release is perfectly timed for backyard reading during a global pandemic.

Leavitt embraces this idea and is excited for people to read her book whether they’re looking for something to reflect their current emotional reality or as a means to mentally escape from it.

“I’m interested in how regular people handle it when terrible things happen,” Leavitt, 68, says from her home in Hoboken, New Jersey. “To me, you always have a choice. You can curl up and withdraw from society, or you can fight.”

During Stella’s ordeal, Simon must reevaluate his musical career, as well as his life. He’s mired in old hurts handed to him from his parents, and his relentless yearning for success as defined by a stadium full of screaming fans.

Leavitt calls that an immature dream. As a writer whose books have sometimes been met with lukewarm sales and critical response, she’s learned that the only way to pursue her art is to forget about fame. “I think if you’re doing a creative career just to be successful, then you’re probably doing it for the wrong reasons. And that’s what I wanted to Simon [to learn].”

Star Tribune reviewer and author Marion Winik writes that in another novelist’s hands, “these bougie New York types might have been subject to a touch of satire,” but Leavitt approaches their troubles without irony. Winik follows this assertion with a cutting but apt observation about the book’s third main character, Stella’s best friend Libby, who “was planning never to recover from the childhood trauma she sublimated into her work as a doctor.” Libby is a hyper-grounded woman who nevertheless struggles for stability in her intimate relationships. She initially mistrusts Simon and assumes he won’t care for Stella when she needs him most. Stella is saddled with childhood baggage as well. All three find growth as they learn to look at the past with adult eyes.

This is the second novel that Leavitt has written about a woman in a coma. The first, Coming Back to Me (2001), was based more directly on Leavitt’s own experience of being put into a medically induced coma after giving birth to her son when she was in her early 40s. Though labor went smoothly, shortly afterward, her body began producing a protein that stopped her blood from clotting. At first, the doctors didn’t know what was happening, so the coma was induced for her safety. They brought her out after several weeks — and full physical recovery took a year. Her memories of the time continued to haunt her. While in the coma, she says, “All the colors were black and white. I was sure that I had gone into some sort of parallel world and that everything before in my life had been false, and this was real. And I had to get out, but I didn’t know how.”

After the coma, Leavitt developed post-traumatic stress disorder. Random smells and sights, reminiscent of the hospital, triggered panic attacks. A psychiatrist advised her to write about it.

“I wrote about a woman who was just like me. She has a baby, starts bleeding, goes into this coma. The book did okay, but I still had the problems. I decided I would have to learn to live with it,” Leavitt says. But the issues kept resurfacing. Five years ago, while her husband was away on a business trip, she stopped sleeping. A new therapist suggested she’d written the wrong book.

“She said I should write about someone who was totally different from me and relive it through her memories. She said I should think of it like hypnosis. So, in her coma, I had Stella remember everything. As I was writing it, I started to feel lighter, to feel this sense of wonder. Through Stella, I could have some control, and it wasn’t terrifying. And when she came out of the coma, she got to be a brand-new person.”

With or Without You offers an appealing resolution during a time when many of us are experiencing a complex mix of lockdown fatigue and mounting discomfort over social and political situations. Through trauma and its recovery, Leavitt says, it’s possible to remake one’s self. In Leavitt’s version of this path, Stella awakens with artistic talent that she didn’t have before — a possibility Leavitt learned about by talking to a brain researcher. “He told me about a woman who woke up speaking fluent Mandarin who hadn’t spoken any language other than English. Another guy woke up and asked for a violin and was playing like a virtuoso, even though he’d never played an instrument before. The scientist said they don’t know why this happens sometimes. They just know that it happens. Brains rewire.” ◀