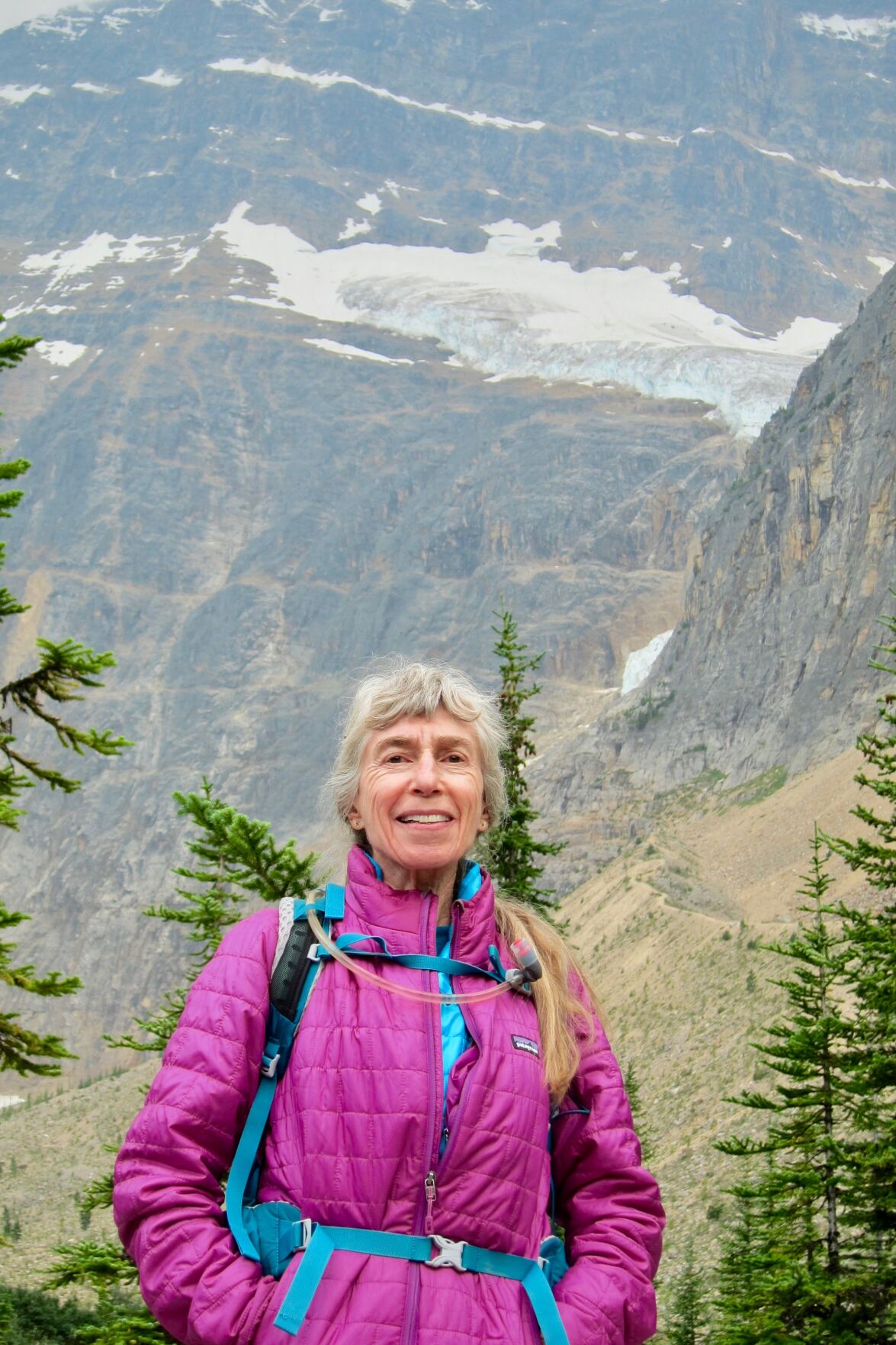 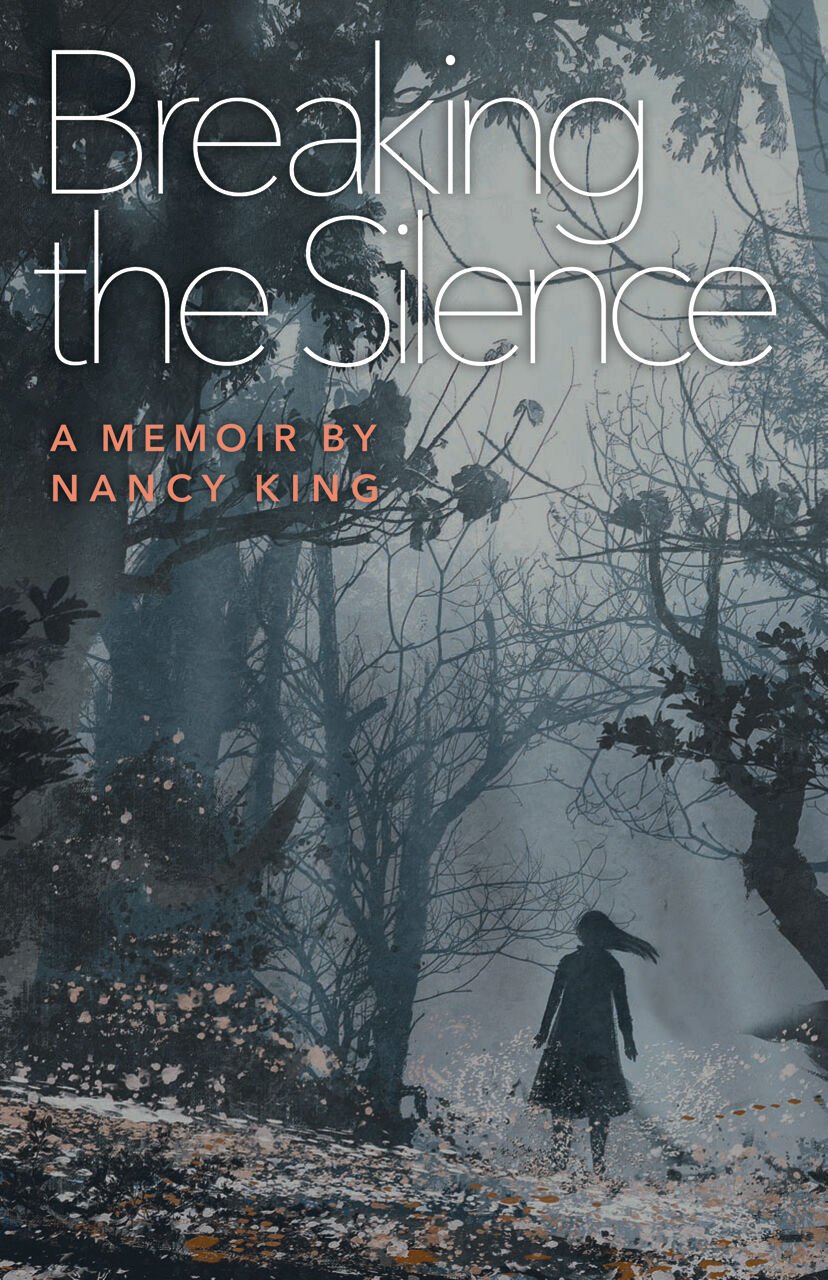 Nancy King is 84 years old, and she’s finally dealing with her traumatic childhood. In her memoir, Breaking the Silence (2020, Terra Nova Books, 326 pages, $21.95), she lays it out in 109 short chapters, and an introductory short story called “The First Trip to Osiris.”

“When I wrote ‘Osiris,’ it was a shock. It was like my psyche was telling me about my mother and my father and my uncle. Even then, it took until 2016 until I could really face it,” says the former University of Delaware professor who moved to Santa Fe in 2001. “The First Trip to Osiris” is about a feisty young woman who gets lost at sea. The story is full of symbolism, metaphor, and big psychological ideas. Though equally harrowing as what comes after, it’s stylistically unrelated to the rest of the book, in which King takes a matter-of-fact tone in scenes of gut-wrenching child abuse, chronic illness, and bad choices.

Laying the groundwork early on, she recalls a story her mother often told about taking baby Nancy to a fancy New York City pediatrician because other people kept telling her that her infant was too thin. “‘After the doctor examined you, he told us that although you were thin, you were healthy. Then he said he thought I needed to see a psychiatrist.’” King notes that this was in 1936. “How many pediatricians in 1936 recommend that a mother see a psychiatrist?” she asks the reader.

In another section, she talks about her mother’s violent streak: “I am playing with my favorite doll when Mommy rushes into my room. She is screaming and pulling me and pushing me into the living room. ‘I hate you. I hate you. You’re nothing but trouble. I’m sorry you were born,’ ” King also writes about a time when she was five years old. “She throws me against the wall and bashes my head against it. Bangs my head against the wall.”

As terrifying as that passage may be, it pales in comparison to the acts of torture that King remembers being perpetrated by her uncle, or the sexual abuse by her father. King says that if one chapter is too intense, readers can move on. “The arc of the book is healing. I always tell people that if the beginning is too much, read the last chapter.”

King has written five novels and thought she was writing a sixth when all that came out were stories about abuse. At first, she wasn’t even sure where they were coming from. She thought she was making them up. And yet, they wouldn’t stop surfacing, unbidden. They were coming to her not as so-called “recovered” memories, but as images that had always been there, in the periphery, that suddenly made narrative sense. A Jungian therapist and an energy healer helped her realize that they were memories. So, she let them come, writing associatively, one story prompting another. After a while, she wasn’t sure what to do with it, or whether she wanted to continue, so she showed it to a former student.

“She said she was going through a hard time, and what I was writing was helping her, so I kept going.”

An editor told King that she could write the stories in whatever order she needed to, but if she wanted the memoir to be comprehensible to readers, she should eventually put them in chronological order. “I’m not very computer savvy,” King says. “I printed out 300 pages and had to lay them all out and walk around and rearrange them, and then go back in and cut and paste. But it put me in charge of the story to put it in order.”

King’s main motivation for writing Breaking the Silence is to shatter a misconception that she says many people hold about child abuse. “People don’t believe professional women with advanced degrees can have abuse backgrounds. They think you have to be poor, or not White. We were comfortably middle class. If you came to my house, you would have seen two well-dressed, well-fed children. You would never know what a house of horrors it was,” she says.

“I’m hoping that my stories help people remember their own, or connect to their own, or question whether the stories they were told about themselves as children are actually truth. In my case, they were mostly lies.” ◀