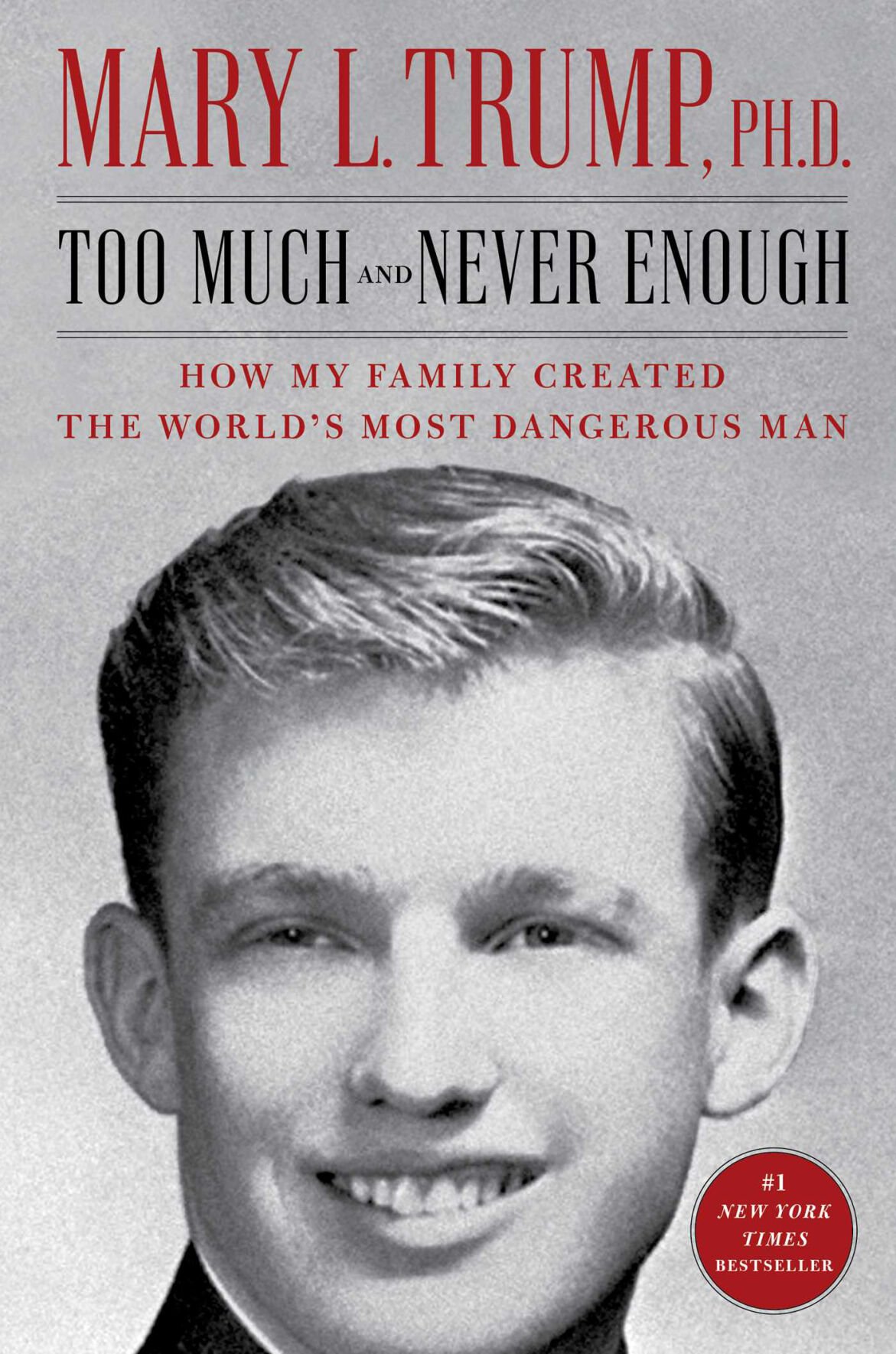 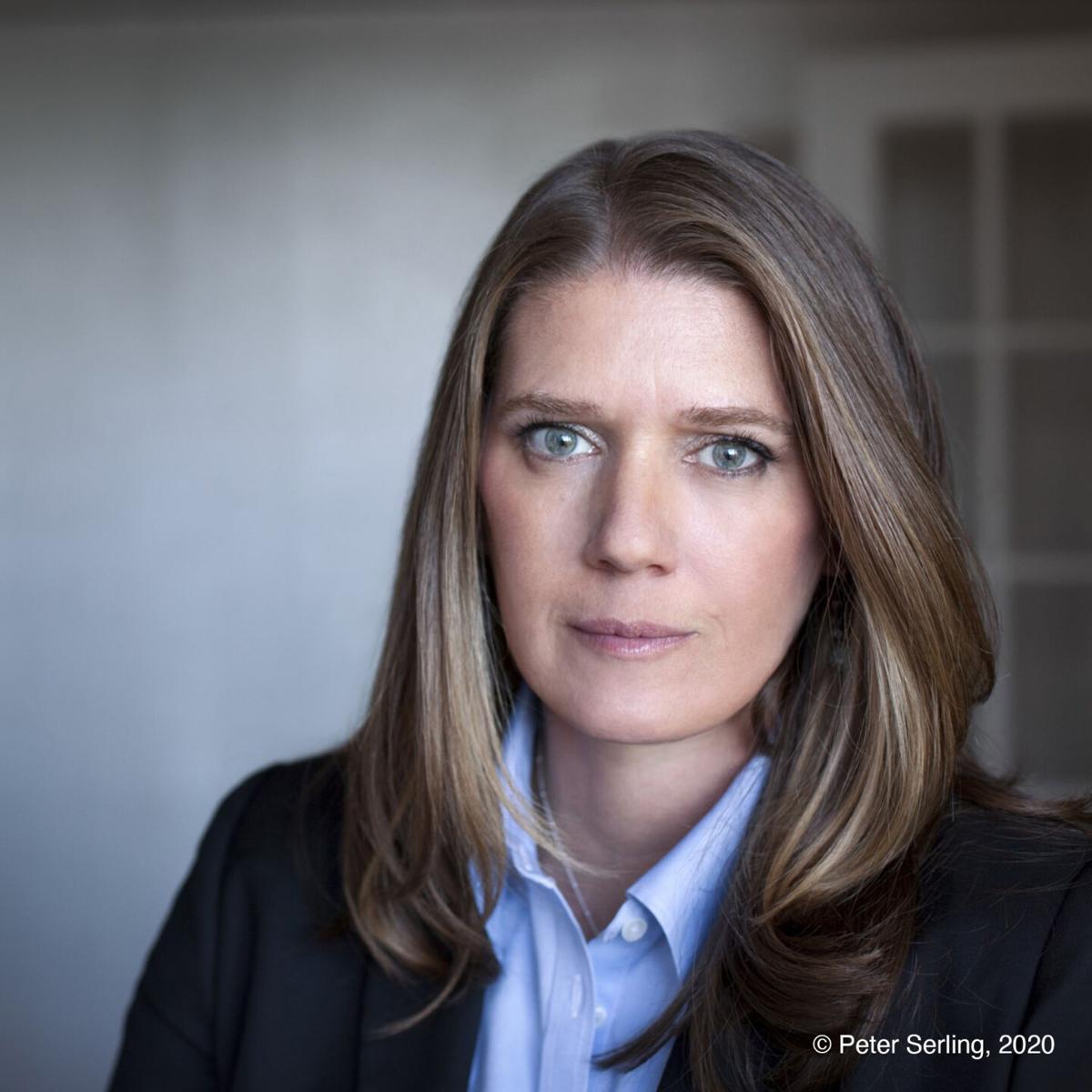 TOO MUCH AND NEVER ENOUGH: HOW MY FAMILY CREATED THE WORLD’S MOST DANGEROUS MAN by Mary L. Trump, Ph.D., Simon & Schuster, 225 pages, $28

In her controversial tell-all, President Donald Trump’s niece, the psychologist Mary L. Trump, offers many scathing examples of her extended family’s intergenerational cruelty, to which she was both witness and victim.

But Too Much and Never Enough: How My Family Created the World’s Most Dangerous Man isn’t an exposé on Trump’s presidency. It’s a disturbing psychological exploration of trauma and child abuse that attempts to address the question many Americans ask when they watch the evening news: Why is he like that? Her answers come in the form of insights based mainly on her lifetime of experience as a member of the Trump family, bits of family lore, and surreptitiously recorded conversations with her aunt, Maryanne Trump Barry. She also relied on newspaper reports of her family’s financial dealings, some evidence for which she helped the reporters gather.

Mary L. Trump takes care not to violate the American Psychiatric Association’s prohibition on armchair diagnosis of public figures, known as the Goldwater Rule, because she hasn’t evaluated her uncle in a clinical setting. Be that as it may, she believes he doesn’t have one diagnosis, but many. “The fact is, Donald’s pathologies are so complex and his behaviors so often inexplicable that coming up with an accurate and comprehensive diagnosis would require a full battery of psychological and neuropsychological tests that he’ll never sit for,” she writes. This passage comes just after she states that he fits the diagnostic criteria for narcissism and antisocial personality disorder, as well as some of the criteria for dependent personality disorder. She also thinks he might have an undiagnosed learning disability that distorts how he processes information.

Mary L. Trump isn’t asking readers to pity a president whom she considers to be a racist, misogynist, and arbitrarily unkind. But in the face of his handling of the global coronavirus pandemic, she felt a moral obligation to share her insights as someone who knows Trump personally and possesses a terminal degree in psychology. Although the cruelty he suffered as a child is relevant to understanding our seemingly fearless leader, it doesn’t provide any excuses for his behavior, she says. Like anyone who struggles with the legacy of a stressful childhood, he’s responsible for seeking help and not inflicting his damage onto others.

The book is arranged chronologically, beginning before the author’s birth in 1965. The first sections are dense with psychological terminology about abuse and family systems. The story becomes more animated when she enters the narrative but is somewhat of a hodgepodge of observation, memory, gossip, and slights, all of which amount to an important and timely read, though not a great work of literature or scholarship. At its heart, Too Much and Never Enough is about the author’s father, Fred Jr., his relationship with his parents and siblings, and its ramifications on the author’s life.

In his daughter’s estimation, Fred Trump Jr. was a melancholy alcoholic who could never get out from under his father’s control. Although he was groomed to take over the family business, Fred Jr. was constitutionally unsuited for a life of ruthless capitalism, so his younger brother took his place as the heir apparent. Mary L. Trump paints a picture of a family that easily cuts off its members for displaying weakness. Among her boldest claims is that Donald Trump has used Fred Jr.’s addiction issues to further his political aspirations, acting as if his untimely death in 1981 is a cautionary tale that still fills him with sorrow. Fred Jr. died when Mary was a teenager, away at boarding school. He had a heart attack after years of alcohol abuse and heavy smoking. He spent his final weeks in his parents’ home, but according to Too Much and Never Enough, he had been critically ill for three weeks before anyone in the family called for medical attention. Mary L. Trump claims he and her grandparents watched her father struggle for life instead of trying to save him.

Mary L. Trump doesn’t pretend to be the lone emotionally healthy member of the family, here to set the record straight. As a practicing psychologist, she seems quite aware that she is among the walking wounded.

The family’s vast wealth means that many of her issues are yoked to a confusing, disputed inheritance and a level of economic privilege that has the potential to alienate many readers. What she makes clear, however, is that lack of familial love will always do more damage to a psyche than lack of money. And because her family uses its wealth to exert control over its members (and the public), self-worth is invariably tied to who is getting the biggest piece of the financial pie.

Too Much and Never Enough reads like a very thorough rundown that an intelligent person with a complicated past might write when starting treatment with a new psychoanalyst. As someone who treats such patients, Mary L. Trump surely knows that this is what she has written, just as she surely recognizes the inflammatory nature of some of her claims. But she says that she wrote this in the interest of the public good, to do everything in her power to stop a man she believes has no conscience and no moral center — a man who, she says, thrives on the suffering of others.

“The atmosphere of division my grandfather created in the Trump family is the water in which Donald has always swum, and division continues to benefit him at the expense of everybody else,” she writes.

“It’s wearing the country down, just as it did my father, changing us even as it leaves Donald unaltered. It’s weakening our ability to be kind or to believe in forgiveness, concepts that have never had any meaning for him. ... I can no longer remain silent. By the time this book is published, hundreds of thousands of American lives will have been sacrificed on the altar of Donald’s hubris and willful ignorance. If he is afforded a second term, it would be the end of American democracy.”

In the book’s final pages, she makes a gasp-inducing claim about recent events of racial injustice that have captured Americans’ hearts and minds, and casts her uncle as an unrepentant villain.

“I can only imagine the envy with which Donald watched Derek Chauvin’s casual cruelty and monstrous indifference as he murdered George Floyd; hands in his pockets, his insouciant gaze aimed at the camera. I can only imagine that Donald wishes it had been his knee on Floyd’s neck.”

FROM ARTICLE: It’s a disturbing psychological exploration of trauma and child abuse that attempts to address the question many Americans ask when they watch the evening news: Why is he like that?

And going further: Why does it matter?

Well, we literally have a madman in the White House that will do anything to get his way. He knew that hurricanes were diverting attention away from him and could devastate HIS ECONOMY so he proposed to drop atomic bombs on them. Without thought to the environmental and Climate Change consequences of it.

As the age old saying goes: Don't believe everything you read and hear until you have walked a mile in that person's shoes. As a believer in the All Mighty, I can find in the Bible where we are to judge another person for their actions. As for the economy, it was the best growing economy in like 60 years before the Governor shut down everything. Just ask the small businesses that went out of business or had to lay folks off because of the

state mandates to stay home, don't get into groups, etc. The last election, Americans wanted someone to change the same old thing that previous politicians couldn't get done. Our President is making good on what he promised. The other side of the isle has tried everything in the book to disrupt the forward progress of this President and have failed, wasted time and millions of dollars in doing so. That's our time and money they have wasted. They should have been trying to make our lives, economy, safety etc better. If you research the history of the earth, you will find the earth was actually hotter and tropical a long long time ago. The earth goes though changes naturally.