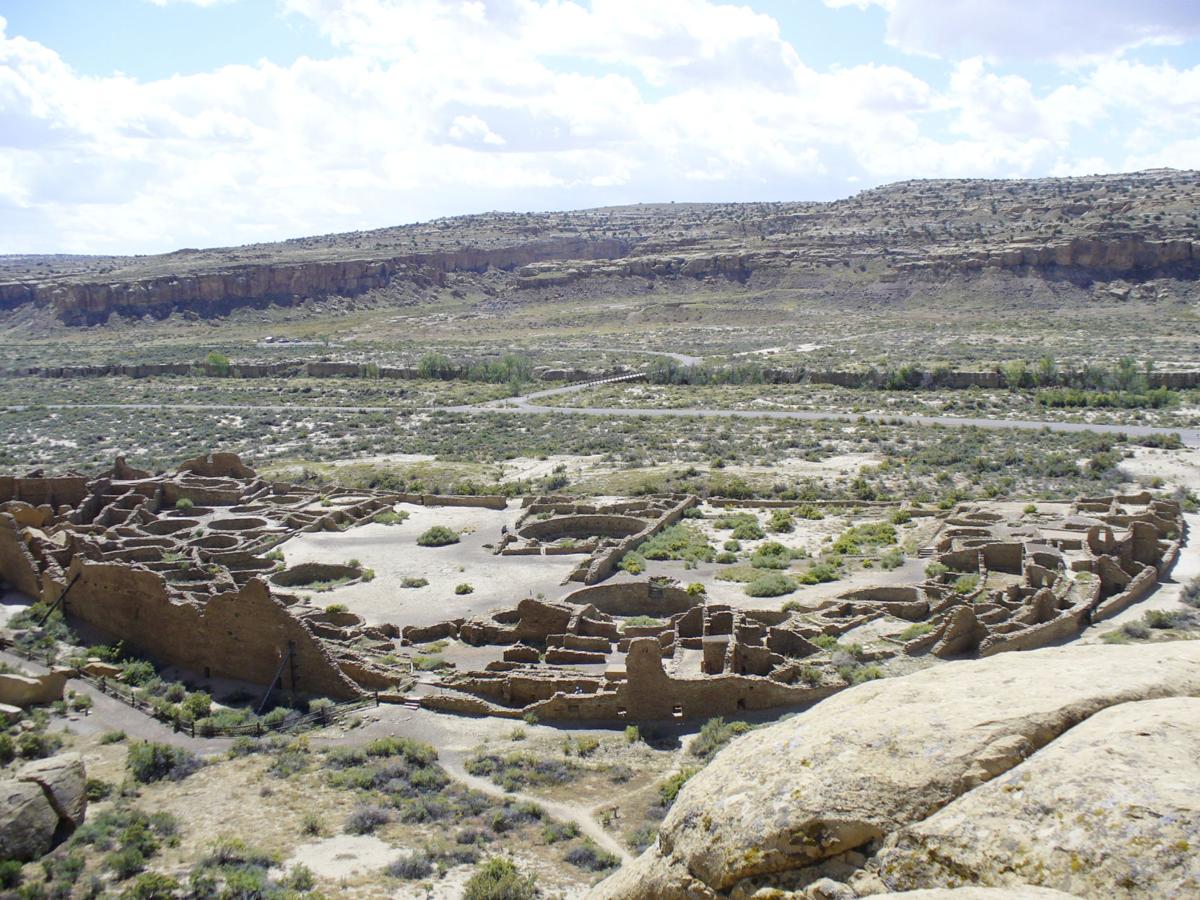 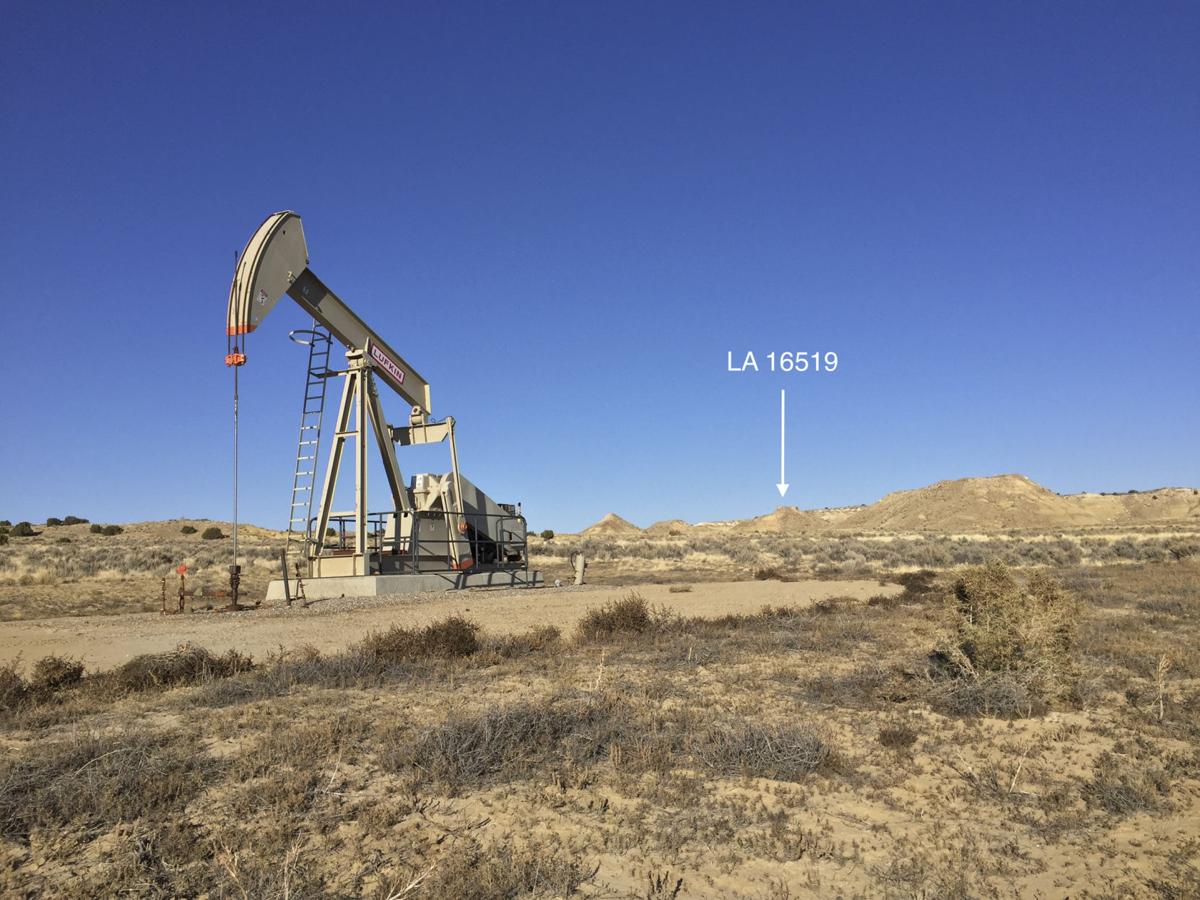 Admission is $10, free for SAR members

A thousand years ago, in the remote Chaco Canyon region of what is now northwest New Mexico, ancient Pueblo people forever altered the high desert landscape through vast, monumental architecture — a dozen multistory great houses, colossal kivas, and a vast network of roads and settlements. From 850 to 1250, this area, now a UNESCO World Heritage Site, was the locus of Pueblo culture in the Southwest, convening thousands of people in an ancient urban center that hosted ceremonies, celestial observance, and intertribal trade.

Today, a visitor can make his or her way down washboarded roads to explore the towering ruins at Chaco Culture National Historic Park. But as recent archaeological research has revealed, more than 100 ancient Chacoan settlements and roads extend far beyond the park, spanning 60,000 square miles — a vast region roughly the size of the entire state of Georgia. Since much of that land is rich in oil and gas deposits and owned by a patchwork of private, tribal, state, and federal entities, these sites are actively threatened by fracking and horizontal drilling operations.

For visitors to Chaco and the Native Americans in nearby communities, it is not uncommon to hear the rumble and booms of industrial oil rigs. “One of them sounded like a car constantly backfiring. The BLM eventually made the company go and put a muffler on it,” says Ruth Van Dyke, an archaeologist and anthropology professor at Binghamton University in New York.

She is the co-editor of the anthology Mapping the Greater Chaco Landscape: Ancestors, Scholarship, and Advocacy (University Press of Colorado), set for release in August. The book, which is accompanied by a video website, mixes essays by archaeologists and anthropologists with oral histories and contemporary accounts from Pueblo and Navajo tribal members. The book grapples with how the ancient Chacoan landscape was understood by ancestral Puebloans and gauges the threat posed to that landscape by energy extraction taking place right now.

On Thursday, Feb. 13, Van Dyke will give a talk called “Chaco Landscapes: Sensory and Political Engagements with Place” at the St. Francis Auditorium at the New Mexico Museum of Art. The lecture is part of the Creative Thought Forum series by the School for Advanced Research (SAR), a study center in Santa Fe that promotes global anthropology as well as the work of Native American scholars and artists.

Van Dyke has been studying Chaco Canyon for much of her professional career. In 2008, SAR published her book, The Chaco Experience: Landscape and Ideology at the Center Place, which the research center states “analyzes the meanings and experience of moving through this landscape to illuminate Chacoan beliefs and social relationships.”

Her Santa Fe presentation will draw heavily upon her new book and its online video accompaniment — a project that helps center Native voices in the discussion over Chaco’s past and the threats to its future.

“The book Chaco Landscapes is actually a hybrid project. We wanted something that would reach beyond academics,” Van Dyke says. “Several Native American collaborators on this project insisted we make online videos that would be broadly accessible to the tribal communities who trace their history and ancestry through Chaco. In conjunction with my colleagues, Stephen Lekson and Carrie Heitman, we filmed with elders from the Acoma, Hopi, Zuni Pueblos, and Diné.”

Much of the anthology also explores the ongoing effects of oil and gas extraction in Chaco Canyon. It can often surprise and shock visitors to the site, where the silence of ancient ruins along sandstone cliffs may be shattered by the booms and rumbles of nearby fracking.

“In a sacred place that has incredible acoustics, there are nearly a dozen nearby oil and gas rigs,” Van Dyke says. “None of them are illegal. They are all on leases. So how do we protect all this? Could we put giant fences around this? No, obviously that’s not going to happen, but there are other ways in which this land could be protected.”

One proposed way of protecting the land is with the Chaco Cultural Heritage Area Protection Act. It’s a federal bill introduced in April of last year by New Mexico’s Senators Tom Udall and Martin Heinrich, backed by Representatives Ben Ray Luján and Deb Haaland. The bill was introduced in response to a proposal from the Trump administration to issue new oil and gas leases around Chaco Canyon. The bill would essentially create a 10-mile buffer zone around Chaco Culture National Historical Park that would prohibit future leasing or development of minerals on land owned by the U.S. government.

But it’s a partial solution at best. The proposed law would not affect any mineral extraction in lands near Chaco that are owned by private, state, or tribal entities. As Van Dyke notes, 90 percent of the federal lands in the surrounding San Juan Basin (including several areas that contain Chacoan roads, settlements, and artifacts) have already been leased by the Bureau of Land Management to allow drilling.

“We need the BLM to do two things. The first is to do a complete job of consulting with all the interested tribes. The second is we need the BLM to come up with a management plan. Instead of piecemeal divisions, we need to think of how to manage this whole area as a complete landscape,” Van Dyke says. “If there’s nothing else that can be done, we could at least protect the outliers really close to Chaco Canyon.” ◀