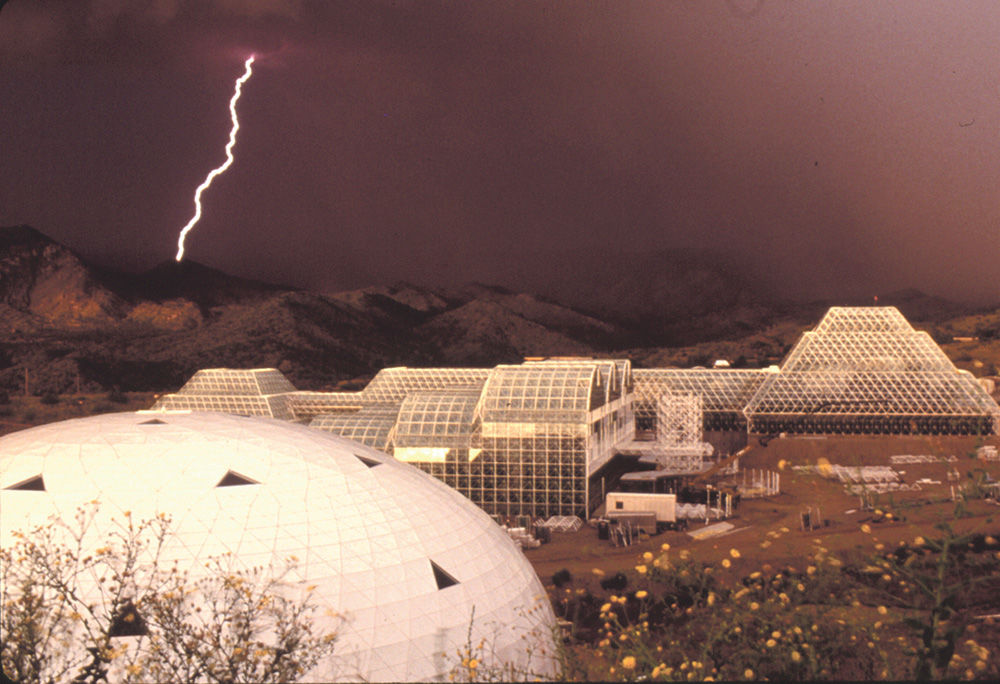 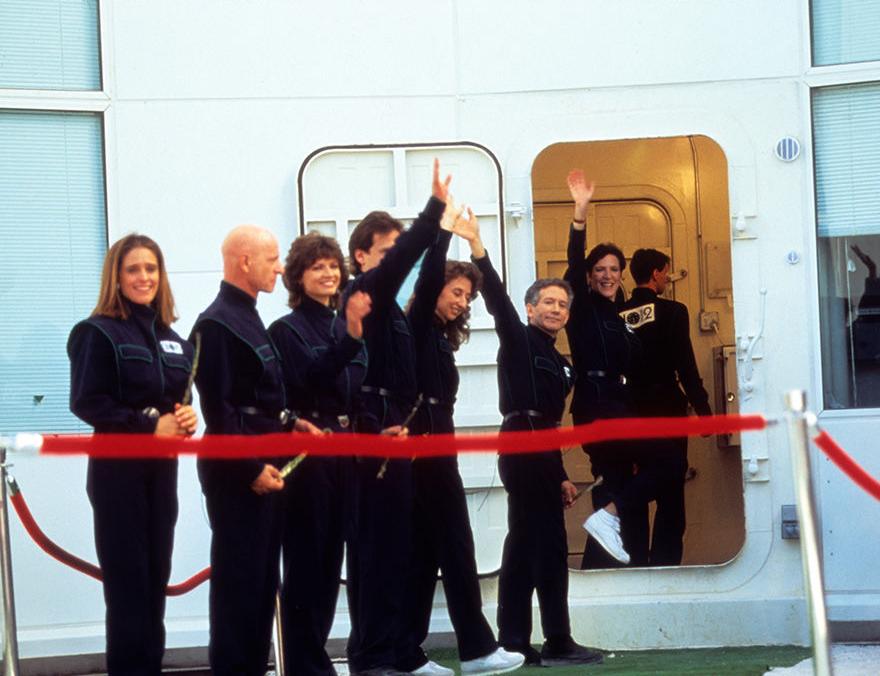 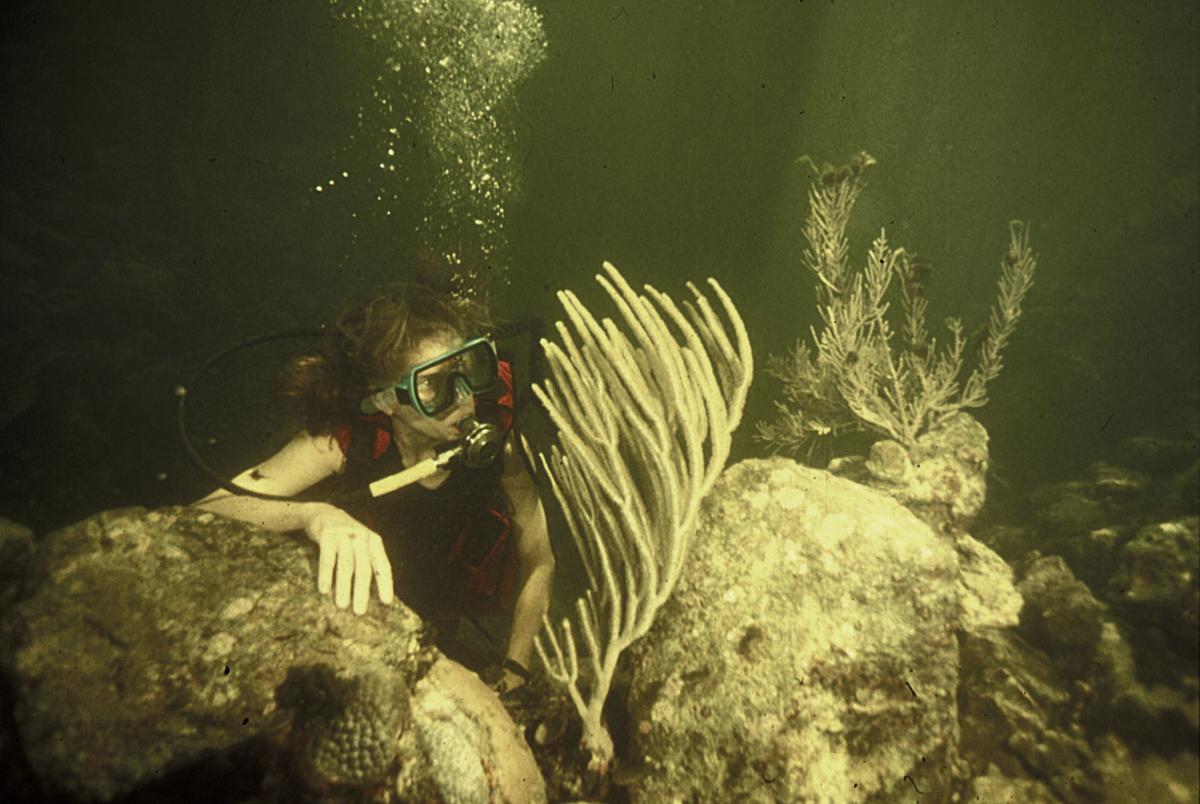 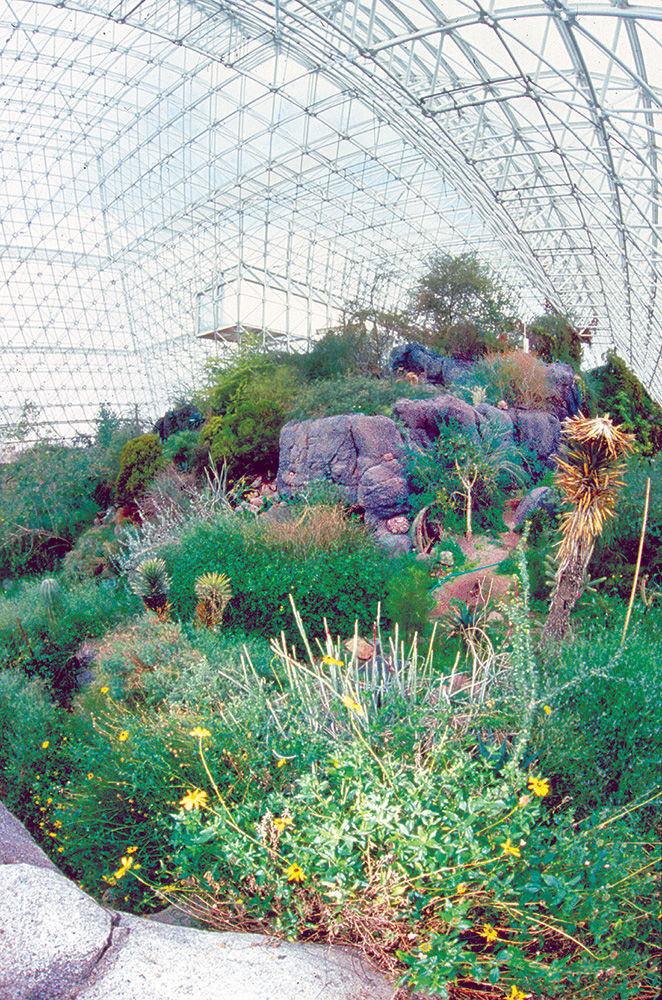 The desert biome getting more lush than it should; photo courtesy Mark Nelson 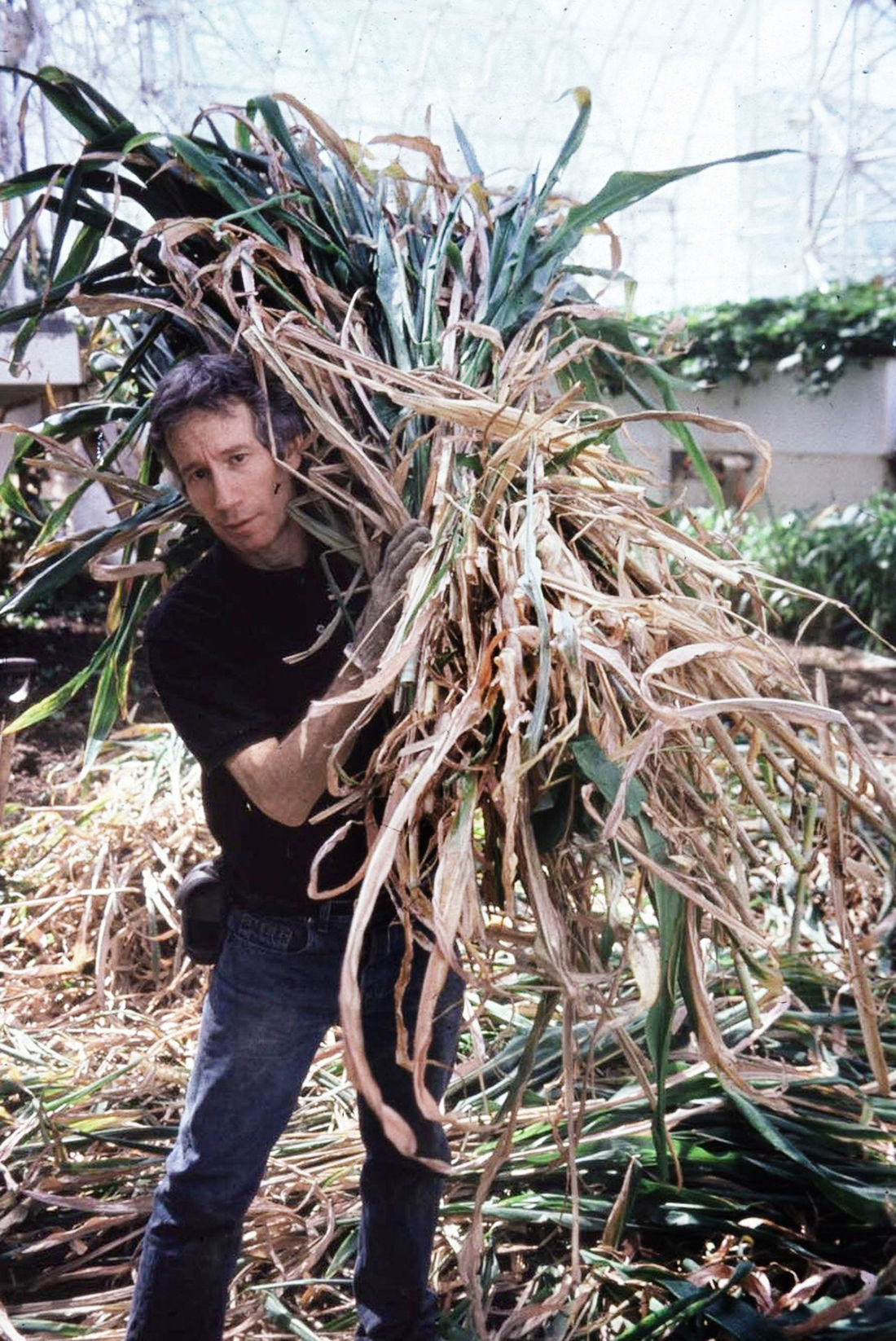 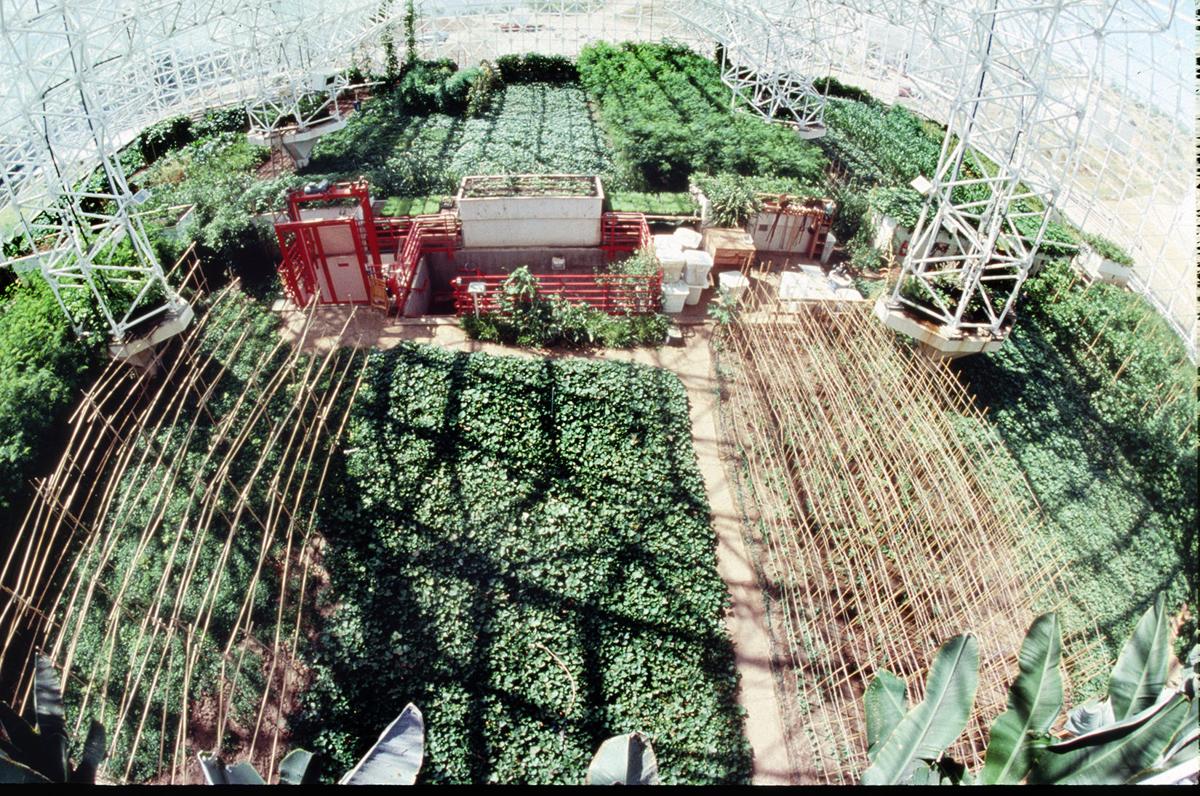 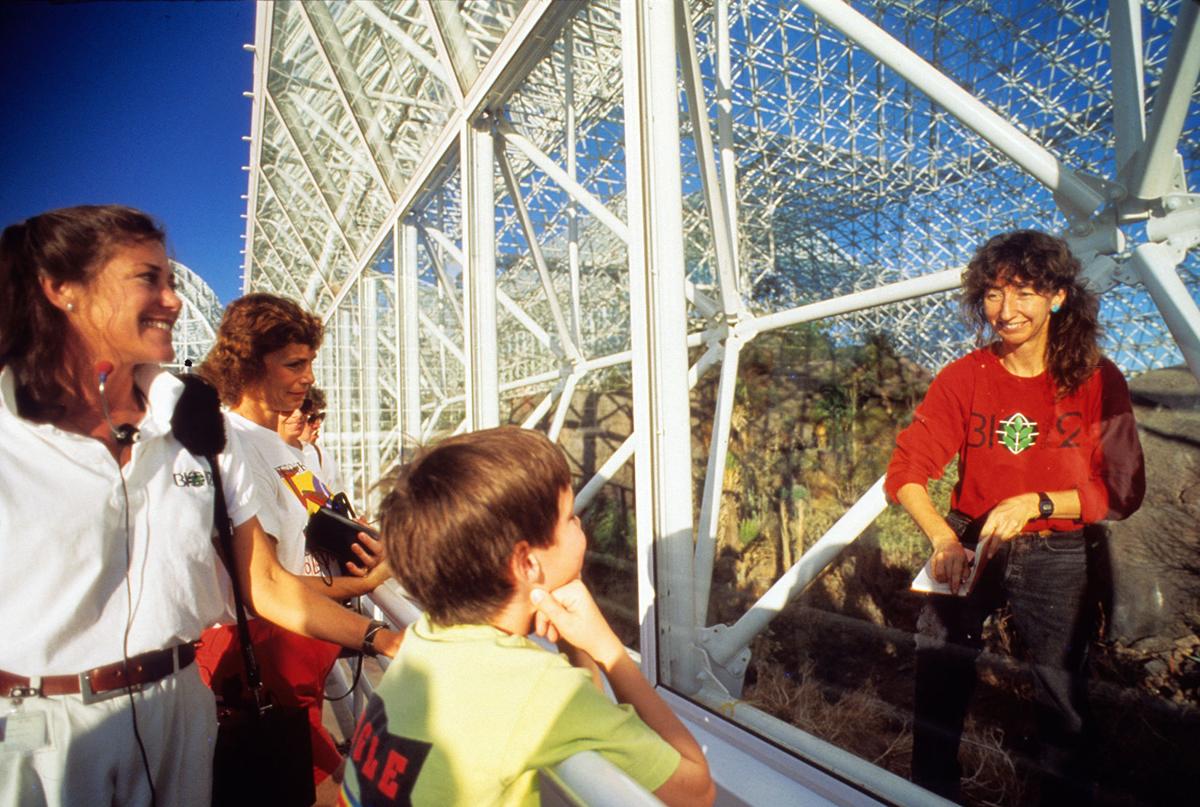 Biospherian Linda Leigh interacts with visitors on the outside; photo courtesy Mark Nelson 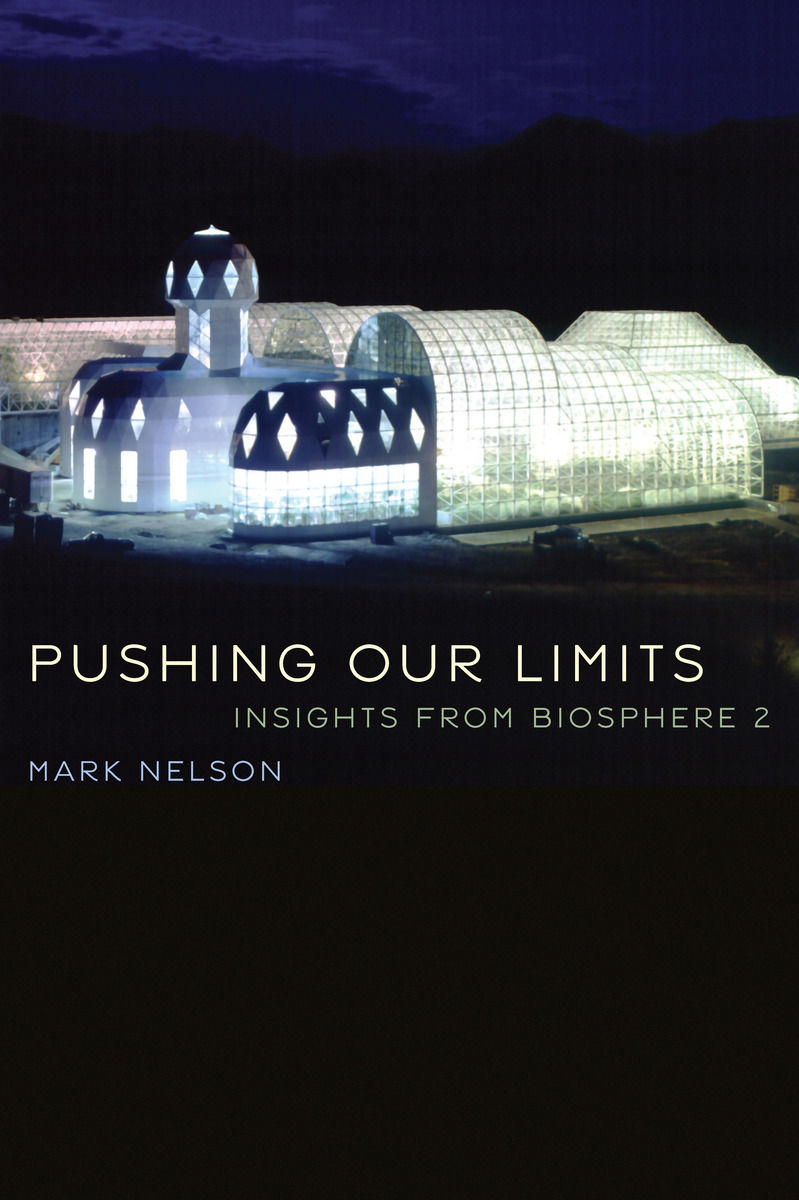 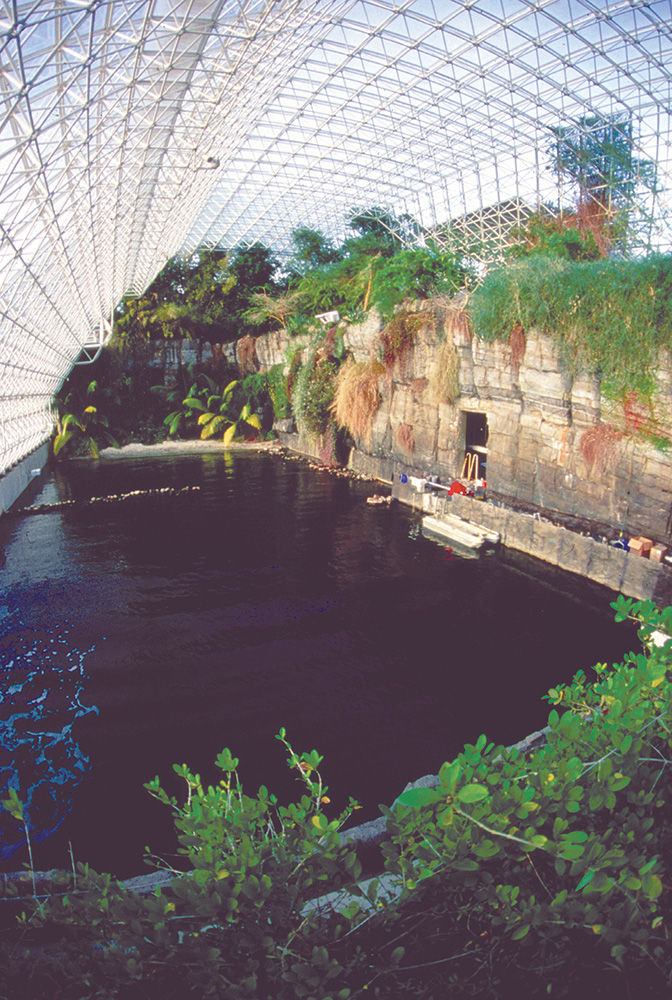 The desert biome getting more lush than it should; photo courtesy Mark Nelson

Biospherian Linda Leigh interacts with visitors on the outside; photo courtesy Mark Nelson

"There’s so much twaddle that’s been written and said about Biosphere 2. It starts with, ‘This was a prototype Mars colony and because they had to put oxygen in, the whole thing was a failure.’ ” Mark Nelson, one of the eight people who inhabited the Biosphere 2 facility in Oracle, Arizona, for two years in the early 1990s, was recently talking about his new book, Pushing Our Limits: Insights from Biosphere 2 (University of Arizona Press, 2018). “People didn’t get that this was an experiment. It was an untested facility. We had people in our mission control, our nerve system, the computer dudes looking at data, that were making bets that we wouldn’t last in there past the first winter. No one knew.”

A great deal of planning went into the experiment. There were consultations with Russians, who had experience with people in closed systems such as the Bios-3 system in Krasnoyarsk, Siberia. Nelson traveled to Russia in 1985 and met Oleg Gazenko, director of a leading space biology institute. “We began to lay the groundwork for cooperation,” he writes in the first chapter.

The main Biosphere 2 structure in Oracle was made airtight with more than 6,000 glazed space frames (three-dimensional truss modules) connected in geometrical patterns. There were hundreds of motors and pumps, miles of plumbing, big desalinators, and air-handling machines. Nelson wished the builders could have designed windows for visitors to see all the technology below the living and growing environments. Team member Roy Walford described Biosphere 2 as “like the Garden of Eden on top of an aircraft carrier.”

The eight “biospherians” used the main part of the facility for agriculture and to develop a series of Earthlike habitats, from fog desert to marsh, thorn scrub, savannah, a tall rainforest, and even an ocean biome (a life zone with characteristic plants and animals) with a living coral reef. “Most people thought we couldn’t do that; we couldn’t recreate a living coral reef in southern Arizona,” Nelson said. Prior to their 1991-1993 Biosphere 2 closure experiment, coral and seawater were collected off the coast of Yucatán and transported to the site.

People were also skeptical about making a rainforest “from scratch, with all that harsh Arizona desert sunshine coming in,” he said. “And it wasn’t just a rainforest, it was a rainforest with five or six different ecozones, including a várzea floodplain and a cloud forest, and it was next to an ocean so there was a bamboo belt to intercept the air salts.” Most of the plants in Biosphere 2 grew very quickly, although many exhibited the tall and spindly growth associated with etiolation, a condition associated with plants grown in lesser sunlight. Taller trees even leaned over due to the lack of tough “stress wood” that trees usually don to counteract high winds. Another surprise was the humidity of the enclosed world. Evaporation and transpiration generated condensation on the space-frame ceiling. Because of dripping water, the desert biome slowly looked more like a Mediterranean woodland or coastal shrub chaparral habitat.

There were always challenges, but a lot of what happened in the facility during those years was awesome. “In the space of 200 feet or so, we had a freshwater marsh and then five increasingly saline zones with a variety of mangroves,” Nelson said. “We compressed what might be 25 miles of estuary. Fabulous! What a system!”

The biospherians lived primarily on fruits, grains, and vegetables. “We were guinea pigs,” he writes, “the first humans extensively studied on an ‘undernourished but not malnourished’ diet. They did research, and they did hard physical work to mimic real-world biomes. There were no ungulates to graze the savannah, so the biospherians would hack the grass down with sickles. “What I loved about Biosphere 2 is that we were farmers, we were ecologists, we were observers, we were encouraged to write poetry and make music. We were entrusted with that world. And we would intervene. We weren’t going to sit by and watch morning glories get out of control and reduce species richness in our rainforest. Our mission was to preserve biodiversity.”

One of the more serious issues was the atmosphere within Biosphere 2. Over 16 months, the level of oxygen declined from 20.9 percent, like the outside air, to 14.5 percent. “We built this not as a demonstration of what we knew but as an experiment, to discover what we didn’t know,” Nelson said in our interview. “Biosphere 2 was heavily instrumented. We had 2,000 sensors. We put in a lab that could do water, air, and soil analyses and we did a biomedical laboratory. With the mystery of the oxygen, everyone intuited that there was an imbalance between photosynthesis and respiration. But the quantity: we only had a 1 percent loss of oxygen a month, which is extraordinary. We’re talking about a facility of over three acres [more than 130,000 square feet].”

As the air became thinner, their health was closely monitored, but there were obvious changes. The author writes, “Friends said watching us biospherians work was like seeing a dance in slightly slow motion. With the restricted-calorie diet and lowered oxygen, people were economical in their movements.” They ultimately figured out that a greater-than-expected volume of oxygen was respirated by the beneficial microbes in the facility’s 30,000 tons of soil, and more was lost by concrete walls and floors absorbing the carbon in carbon-dioxide molecules.

Another challenge arose because of a dispute over the management and direction of the project. The main issue was whether to strive for total self-sufficiency or “lessen workloads by sending in food to give more time for research.” The rift between the two factions became intense, but overall the biospherians kept faith with the project mission. “Periodically,” the author writes, “we were reminded by mission control that we were volunteers. At any time, no questions asked, we could leave through an airlock. I don’t think any of us were tempted. ... We loved Biosphere 2; we had seen it grow from an idea to a construction project, to our home and world.”

About the Mars rationale, he said, “We were not trying to launch Biosphere 2 physically. If we are going to live long-term on space stations or on the moon, Mars, whatever, who wants to live in a Plexiglas house eating hydroponic lettuce and potatoes? I think psychologically it’s not tenable.”

Nelson and fellow biospherian John Allen live at Synergia Ranch, nine miles south of Santa Fe. Nelson had moved here after graduating summa cum laude from Dartmouth College in 1968. With about a dozen others, the two founded the Institute of Ecotechnics in New Mexico in 1973. Allen, who Nelson credits as being the inventor of Biosphere 2, coined the term ecotechnics, the goal of which is “to integrate and harmonize eco and techno,” he said. The idea of the Institute of Ecotechnics was to take on challenging projects around the world and see what can be done to increase biodiversity and biomass.

“One way that I like to describe Biosphere 2 is that it was almost an ultimate ecotechnic project,” Nelson said. “We had to screen all of the technology, in fact remake the technosphere, which is a Russian term — the Russians are the great thinkers in this realm.” One of Nelson’s favorite examples of ecotechnics is the constructed wetland. His The Wastewater Gardener: Preserving the Planet One Flush at a Time was published in 2014. Biosphere 2 had two constructed wetlands.

His house at Synergia Ranch is like a museum. The “exhibits” include two large masks mounted on the walls. “One of the things that came out of Biosphere 2 is a company I had, and I went around the world doing constructed wetlands to clean up human sewage. We were invited to go to the southern Iraq marshes, where there was, as I’ve seen all over the world, a deplorable sewage system. That mask is a type that the Marsh Arab women weave for their fiancés.”

Nelson said he had “a great urgency to write this book,” because the lessons and insights learned in the Biosphere 2 experiment “have only become more urgent and relevant. People are in delusion because they don’t really get how connected they are to this global biosphere and that’s one of the things we have to change if we want to rise to the challenge of responsible living. We have unconsciously declared war on the biosphere, because we’re not looking at the consequences of technology. The reality that we had in Biosphere 2 is totally the reality whether you’re in a Manhattan skyscraper or out in the Gobi Desert: the global biosphere is our life support system.” ◀

Eight biospherians used the main part of the facility for agriculture and to develop a series of Earthlike habitats.