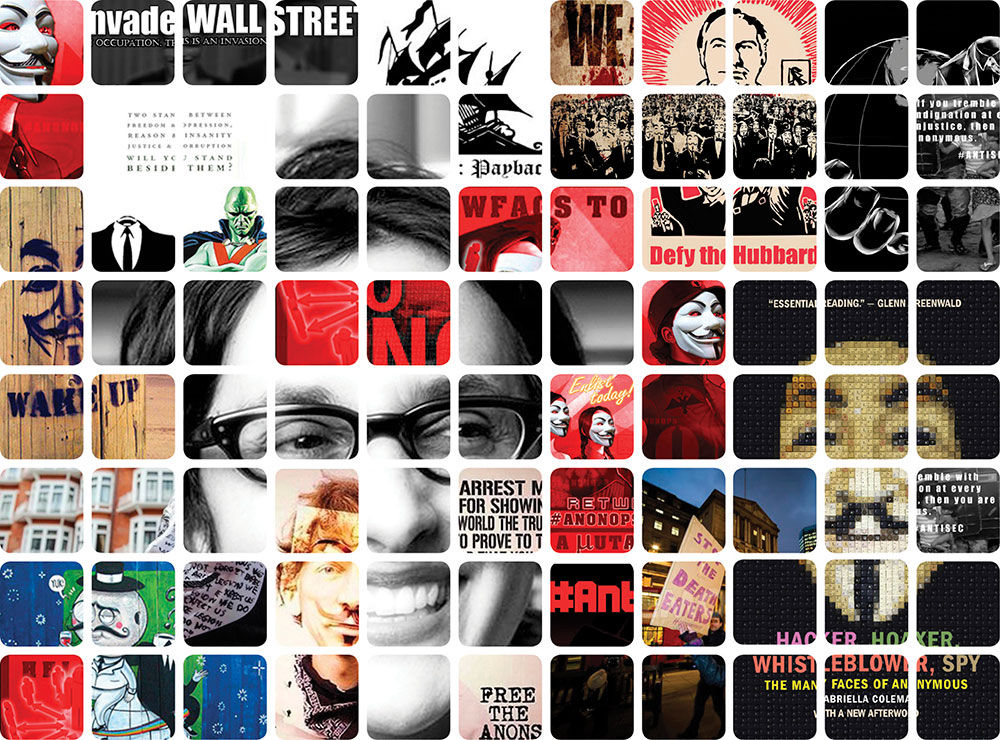 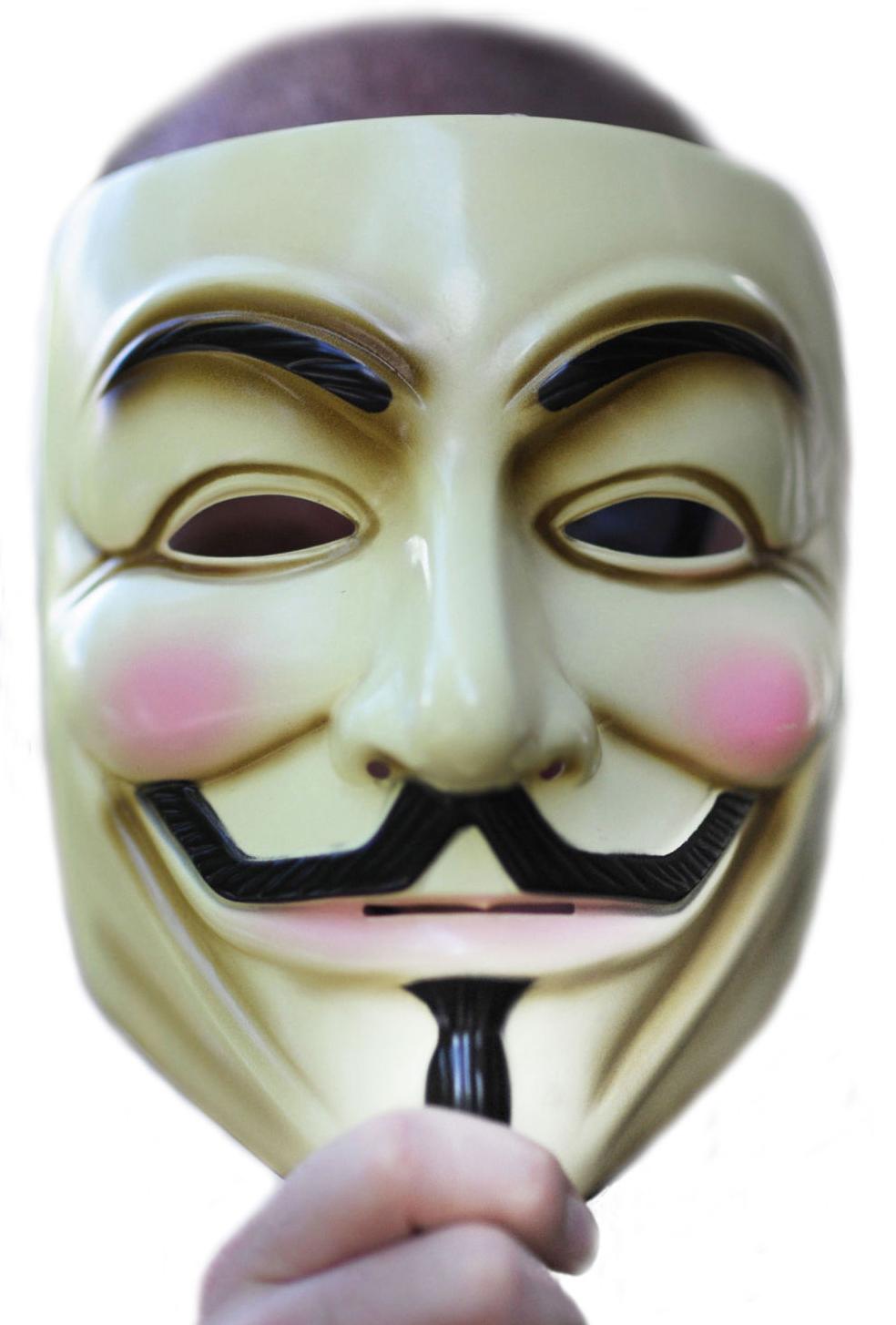 One of the cultures that has risen to prominence in the internet age is that of hackers, those hyper-computer-literate types who delight in digital mischief — sometimes for good, sometimes for evil, and sometimes just because they can. They break into the networks of governments and organizations, banks and corporations. They might deface a website, control its traffic, or steal documents and data. In the past decade, two of the biggest names in hacking have been Wikileaks, the online whistleblowers’ outlet led by Julian Assange, and Anonymous, a leaderless collective that has come to be associated with the image of Guy Fawkes, an English Catholic revolutionary who was hanged in 1606 and is still burned in effigy annually in Britain.

Though Wikileaks and Anonymous have collaborated in the past, they are distinctly different outfits. The former is now indelibly connected to President Donald Trump’s administration and its possible collusion with agents of the Russian government in the run-up to the 2016 election. The latter is known as a politically progressive group, bringing attention to everything from the Occupy Wall Street movement to the Egyptian Spring, the Church of Scientology to rape culture. But it hasn’t always been so for Anonymous. Once upon a time, Anonymous hackers were just trolls starting fights and flame wars for their own amusement, ostensibly in the name of free speech.

Gabriella Coleman, the author of Hacker, Hoaxer, Whistleblower, Spy: The Many Faces of Anonymous (Verso Books, 2014) and the Wolfe Chair in Scientific and Technological Literacy at McGill University in Montreal, discusses the evolution of Anonymous in “How Anonymous Dodged the Cyberterrorism Frame: Masking, Timing, and the Guy Fawkes Icon,” at 6:30 p.m. on Thursday, Jan. 25, at the James A. Little Theater. The presentation is part of the School for Advanced Research’s public lecture series.

“Anonymous were never poised to be activists,” Coleman said. “There was this big accidental turn that came about because they started going after the Church of Scientology. I decided to follow them because I was already working on a project about geeks and hackers and Scientology.” She was doing postdoctoral research at the University of Alberta, which happens to have an enormous archive of documents related to Scientology. She became interested in how the configuration of the Church of Scientology was an inversion of common hacker ethics. “It was all about secrecy, having a proprietary religion committed to fake science and technology. It represents everything hackers hate.”

Coleman’s book, which was awarded the Diana Forsythe Prize by the American Anthropological Association, is a deep dive into the hacker world, various hacks and operations pulled off by Anonymous, and the group’s origins in 4chan, a website that has been considered representative of the dark underbelly of the internet. 4chan is notoriously rife with vile racist and misogynistic content, but it is also the place where “lolcats” were born. Whether or not the average user is aware of it, 4chan has exerted a powerful influence over lingo and humor used throughout today’s social media and blogging platforms.

Many journalists have attempted to pin down exactly who or what Anonymous is, to little avail. Certainly, some Anonymous hacktivists have been exposed, arrested, and even prosecuted for cyber-crimes, while others who identify under the banner of Anonymous would never break the law to achieve their goals. Still others would break some laws and not others, depending on their personal morals and ethics. Members of Anonymous — called anons — eschew personal credit and outright displays of leadership, and while they collectively emphasize the importance of free speech, conduct codes on their IRC (Internet Relay Chat) channels are strictly enforced. Coleman joined the anons’ IRCs and gained their trust, always remaining transparent about being an academic researcher working on a book project.

“In the whole hacker world, there is this weird convergence of it being extremely rule-bound but also extremely free,” she said. “I’ve found a lot of people who get involved in this world follow the rule-bound mentality in a very inflexible, logical, and Apollonian way. And there are others who are the total opposite — freewheeling, creative, Dionysian. I think with Anonymous, you have a little bit more of a culture that focuses on the Dionysian side. Not because there aren’t rules, but there is the propensity to try to muck with them.”

The ins and outs of Anonymous subcultures, break-off groups, rebellions, and morphing identities are detailed by Coleman like an adventure tale, with banks getting hacked, political uprisings supported, vigilante justice being wrought, and the sort of perpetual infighting that characterizes many grassroots movements. In terms of moral flexibility, Anonymous is reminiscent of government, where it can be impossible to tell what anyone’s true motive for running for office or serving the public actually is. The topic is so frustrating that Coleman said she has stopped writing articles about Anonymous unless the angle is highly specific. In her lecture, she offers six or seven reasons why Anonymous isn’t considered a cyberterrorist group by the government, and has risen in public esteem even as Wikileaks has fallen out of favor. “One of the most interesting reasons has to do with the Guy Fawkes mask, which is interesting precisely because Guy Fawkes was portrayed for many centuries by the British government as an evil terrorist villain. But thanks to literature and movies, he became a more ambivalent figure and a hero for many people. The mask can be menacing for some, but others have positive connotations.”

Coleman’s research shows that prior to Anonymous, hackers did not hack with the intention of procuring documents to leak to journalists. “This is a kind of prototype that Anonymous brought into being that now other hacktivists use — and also probably nation-states as well,” she said. “The hacker world has created a kind of milieu that encourages truth-telling in combination with a willingness to take a risk to do so. There are all these iconic moments in the history of hacking that become a cultural resource from which other hackers draw. The number of hackers willing to risk jail time is small — yet pretty big in comparison to other groups of professionals. Look at academics. We’re total wusses. It’s just incredibly hard to whistleblow, anonymously or non-anonymously. The history of society shows that whistleblowing doesn’t right all wrongs, but it’s an important start to the process.”

"The hacker world has created a kind of milieu that encourages truth-telling in combination with a willingness to take a risk to do so." — Gabriella coleman

“How Anonymous Dodged the Cyberterrorism Frame: Masking, Timing, and the Guy Fawkes Icon,” lecture by Gabriella Coleman, presented by the School for Advanced Research