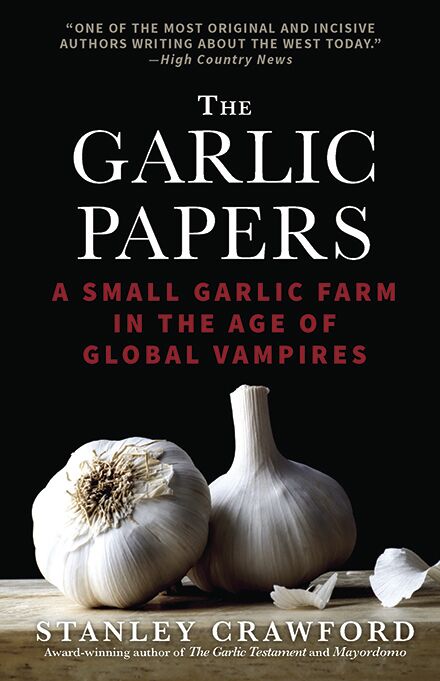 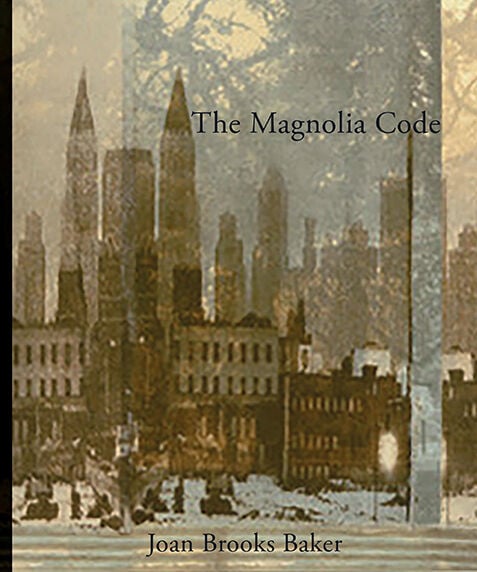 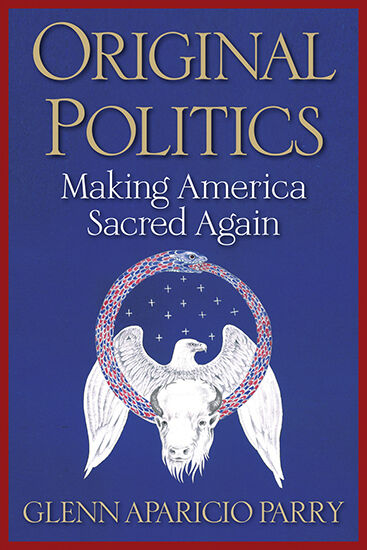 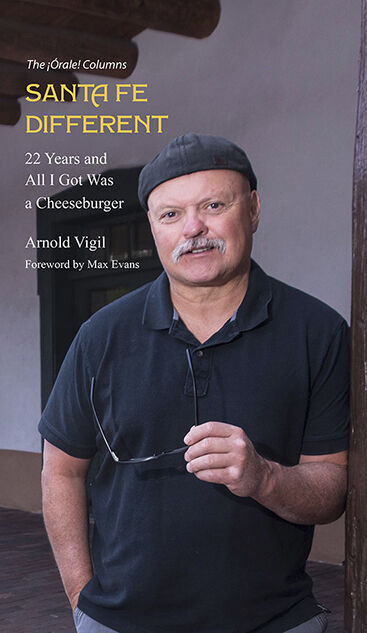 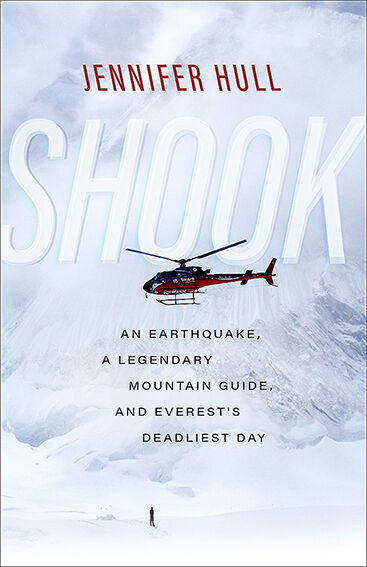 Stanley Crawford has been growing garlic in Dixon, New Mexico, since the 1970s. Now in his 80s, Crawford is well known in the region for his agricultural activities, as well as for his novels and memoirs. His signature crisp yet warm, folksy prose remains the hallmark of his latest work, which is part bucolic memoir and part legal saga. The main thrust of The Garlic Papers: A Small Garlic Farm in the Age of Global Vampires is Crawford’s battle over U.S. tariff exemptions for the largest importer of Chinese garlic — a fight against the deep pockets and thriller-movie-like machinations of international law firms. One of the legal arguments against Crawford is that he’s merely a hobbyist rather than a full-time farmer, with no standing to challenge tariff exemptions. Much of the book takes on the task of refuting this perception, offering the reader glimpses into his history in Dixon, his marriage, his friendships, and the process of growing, harvesting, and selling garlic. The situation portrayed in the book (and in a 2018 episode of the Netflix documentary Rotten) has generated some controversy, however, and Crawford has his critics: According to an October 2019 Associated Press report, he has been accused of being “bought off to join the litigation” by competing Chinese businessmen.

In her memoir, Santa Fe photographer Joan Brooks Baker takes readers on a scenic tour of her rarified upbringing in post-World War II Manhattan, where she was raised by genteel, unhappy Southerners who’d relocated their bodies but not their souls north of the Mason-Dixon line. The book’s title refers to her mother’s ideas about how girls and women should behave — rules that Baker never wanted to accept for herself. In childhood, she was closer to her governess and other hired help than she was to her parents, who fought constantly. She came of age in the 1960s, and her memoir often centers on her understanding of race and class as the civil rights movement swirled around her, filtered through a more modern perspective on her privilege as a young, upper-class White woman. Baker offers non-salacious anecdotes about romances with men and women, discusses her love for international travel, and eventually finds her vision as a photographer of women’s lives. The book features photographs of Baker’s family and household employees, as well as her own work. The Magnolia Code was a finalist in the autobiography and memoir category in the 2020 New Mexico-Arizona Book Awards.

The classical foundations of American democracy are widely believed to be rooted in the Enlightenment of 17th-century Europe and underpinned by the governmental structures of ancient Greece and Rome. In Original Politics: Making America Sacred Again, political philosopher Glenn Aparicio Parry argues that this is historically inaccurate. European colonists on American soil learned about such democratic ideals as consensus government from the Indigenous people who already lived here, he says. And it is by acknowledging this, correcting the historical record, and returning to these original models that the United States might be able to rescue itself from political and environmental quagmires. Parry writes in direct address to the reader. His tone is excitedly professorial as he confidently riffs through applicable European American and Native American history. He doesn’t pretend to be unbiased and often seems to be issuing a desperate plea for people to see the light he is offering. “The original wisdom of this land — a wisdom that spoke to and through our Native American brethren — is still present today,” he writes. “The concept of Manifest Destiny did not, and could not, expunge a greater idea — the concept of the radical interrelatedness of all people, all beings, and of all with the soil, air and waters of this fruited plain.”

Arnold Vigil is what Santa Feans might call a local’s local. From 2004 to 2008, he wrote a column for the Albuquerque Journal North called “¡Órale! Santa Fe” in which he poked fun at everyone in town. Vigil turned his deadpan sense of humor on clueless, just-off-the-bus newcomers. He pushed the buttons of born-here-all-my-lifers who moan over every demographic change to their ancient city. And he decried the wealthy celebrity culture that represents Santa Fe style to people who perceive New Mexico’s capital city as a resort town. Now, Vigil’s columns are collected in nonlinear fashion in Santa Fe Different: 22 Years and All I Got Was a Cheeseburger, with an introduction by the late Max Evans, author of The Hi-Lo Country (1961). Vigil engages himself in conversations about such wide-ranging topics as downtown parking during tourist season and legislative sessions, the existential meaning of time, the ill-informed history he hears on walking tours of downtown, and whether or not anyone should actually be mixing red and green chile to make “Christmas.” He doesn’t believe in it. “I’m a chile segregationist,” he writes, “and proud of it!”

An earthquake rocked Mount Everest on April 25, 2015, just one year after an avalanche killed 16 Nepalese Sherpas there. Taos resident and celebrated mountaineer Dave Hahn was present for both events. New Mexico writer Jennifer Hull chronicles his story in Shook, a play-by-play of the 2015 excursion that introduces readers to the history of summiting Mount Everest, the Sherpas and climbers who were with Hahn that day, and a host of other interesting characters. While the climax of the book is the earthquake, Hull often focuses her descriptions on the enormous physical strength and stamina required of those who attempt to summit Everest or trek even partway. Experienced rock climbers who are used to the mountains of Utah and Colorado still must train for months and, once on Everest, may eventually turn back for their own safety. Altitude adjustments are brutal. “While it was technically a rest day for the team, their bodies were hard at work,” Hull writes about a moment of repose during the potentially deadly adventure. “Headaches set in as their brains grew hungry for more oxygen. Sleeping became more challenging and their appetites all but evaporated. The very pH of their blood was altering as their hearts and lungs struggled to compensate for the increasing loss of atmospheric pressure.”