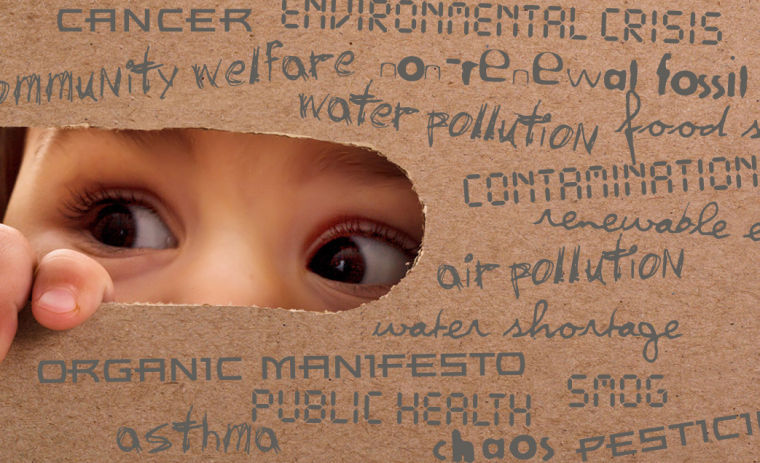 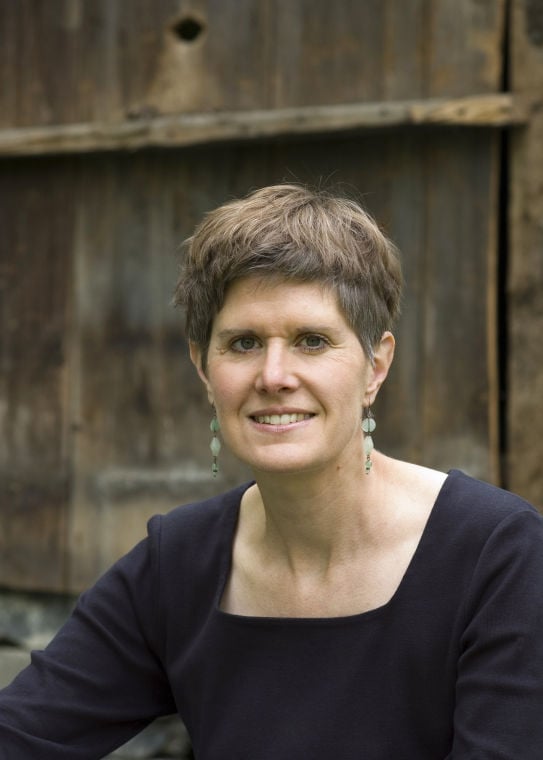 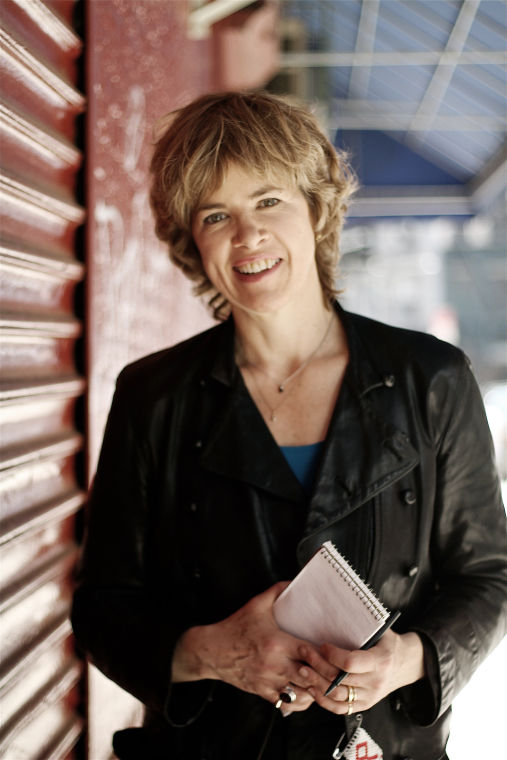 Sandra Steingraber is a mother, biologist, ecologist, science writer, poet, and cancer survivor. She is aware that it’s easier to dismiss her as hysterical — overly concerned with the potential for environmental contaminants to make us deathly ill — than it is to take action. Some people might call her an alarmist, but Steingraber knows what the science shows — and she’s been through the wringer since her diagnosis 35 years ago, when she was just 20. Bladder cancer, known as a quintessential environmental cancer, recurs in 70 percent of patients, sometimes multiple times, which means constant medical monitoring and a lifetime medical bill that Steingraber will never be able to fully pay off. She doesn’t want future generations to live like this while people and corporations reap profits today.

“I have an obligation to protect my children from harm and plan for their future,” Steingraber told Pasatiempo. “It seems to me that those are the two basic responsibilities of being a parent. I can’t do that if there are neurotoxicants, asthma-inducing agents, and pesticides linked to early puberty circulating in the environment. Children’s bodies are made up of the rearranged molecules of the air, food, and water [they take in]. That’s how they build their bodies, and those building blocks are contaminated. It’s wrong to kill people by exposing them to toxic chemicals that can add to their burden of cancer. I can’t afford to be a good German about this.”

Often compared to Rachel Carson, who wrote Silent Spring, the seminal 1962 book on the subject of toxic chemicals in our environment, Steingraber is the author of Living Downstream: An Ecologist’s Personal Investigation of Cancer and the Environment, which was originally published in 1997, with a second edition released in 2010 by Da Capo Press and made into a documentary film the same year. She’s also the author of numerous articles and publications on the risk of environmental contamination of children’s bodies, including Having Faith: An Ecologist’s Journey to Motherhood (Da Capo Press, 2001); “The Organic Manifesto of a Biologist Mother,” published by Organic Valley in 2003; and Raising Elijah: Protecting Our Children in an Age of Environmental Crisis (Da Capo Press, 2011). Steingraber speaks about her research and activism on Wednesday, May 7, at the Lensic Performing Arts Center, as part of the Lannan Foundation’s In Pursuit of Cultural Freedom series. She will be joined by Laura Flanders, founder and host of GRITtv with Laura Flanders and author of Bushwomen: Tales of a Cynical Species and Blue Grit: True Democrats Take Back Politics From the Politicians.

There are many reasons to be frightened by the information Steingraber wants to give you. Cancer is scary. And it’s terrifying to consider both how deeply connected human bodies really are to the natural world and how cavalierly we treat the power of that world.

“One of the lessons of ecology is that scale matters,” Steingraber writes in Raising Elijah. “And when you add another organism to the ecosystem, the complexity of interactions increases exponentially. At the very least, moving into a four-square family from a two-parents-and-a-kid triangle meant changes to the food chain, the laundry cycle, the infectious disease rate, and the ambient noise level.” She was talking here of the impact having another child would have on her household, but she used a similar argument when explaining the effects high-volume hydraulic fracturing, or fracking, has on the immediate welfare of communities, as well as its potential ramifications for public health and the very safety of the ground upon which we walk.

In fracking, a vertical shaft is drilled a mile or more into the ground and then turned horizontally through the earth. Into this, water is injected at extremely high pressure, shattering shale and releasing tiny bubbles of methane, a nonrenewable fossil fuel. Silica sand and thickening and thinning agents are mixed with the water, as are agents used to kill off organisms that live in shale, so they do not grow in gas pipes. “So now you’ve got a whole chemical cocktail of stuff that goes into fracking, and all of these wells are bisecting our drinking-water aquifers,” Steingraber said. “They drill through the aquifers and line the holes with steel and cement, and they hope there are never any leaks or cracks or accidents. But now we’re learning that the cement well casings begin to shrink. That’s what cement does as it ages. It cracks. It crumbles. You can end up creating passageways through which fracking chemicals, or naturally occurring toxic chemicals that are found at these deep levels, can find their way into drinking water or the atmosphere.

“Wherever fracking goes,” she continued, “you see high levels of water and air pollution. Trucks carrying materials to the sites fill rural roads with diesel traffic, which creates smog and raises traffic fatalities. The sites bring in lots of out-of-state workers, who often live in ‘man camps.’ Crime and social blight come into the community — increased rape, increased number of children in foster care, increased drug abuse, increased drunk driving. Fracking can bring temporary profit to a few, until the wells run dry, but it can bring permanent ruin to many people.”

Steingraber advocates for bypassing natural gas and going straight to wind, solar, and water power for our energy. Fracking requires a large infrastructure that will have to be replaced eventually anyway, and we are perfectly capable of making the switch to renewable energy sources now. But it would require divorcing the country’s economy from fossil fuels and reducing our dependence on energy. Climatologists have a plan, but there is industry to contend with, and the two are at odds. For example, Steingraber explained, there is a proposal to build an ethylene “cracker” north of Pittsburgh, an industrial site that would turn ethane, a toxic gas that has to be separated from methane during fracking, into the kind of plastic used in the flimsy bags you get at the grocery story (although many cities, including Santa Fe, have passed plastic-bag bans or restrictions in an effort to reduce the amount of plastic that ends up in the ocean, and consumers are being asked to bring their own reusable bags to the store).

“This is a craziness. It’s an irrationality,” Steingraber said. “We’re making stuff not because there’s a human need for more plastic bags but because we’re solving a waste-disposal problem for the energy industry. The word nonrenewable is attached to fossil fuels because they’re running out. God is not putting any more of them in the ground, whereas wind, water, and solar have an infinite ability to continue to provide us energy. This is a transformation required of us as a human race. We need to put our ingenuity, imagination, creativity, and engineering toward this. The hard work of doing this belongs to the people who are adults now, instead of placing that burden on our children and grand-children, who will have to do that project in times of water shortages, food shortages, chaos, and social unrest. It’s the grown-up thing to do, and I’m ready for those of us who are grown-ups to start acting like it.” ◀

Attention All Awake and Concerned Locals. What a golden opportunity to hear Truth spoken to Power as we move to a non-fossil fuel economy OR PERISH ! And to think it is coming to our back yard thanks to Lannan. Be there to hear it for yourself and continue with our struggles; both big and small to reclaim our inalienable rights to life, liberty and the persuit of a clean and life sustaining environment. And Oh Yeh; happiness ! Thank you Lannan ! ps. No Crude Oil in Lamy !!