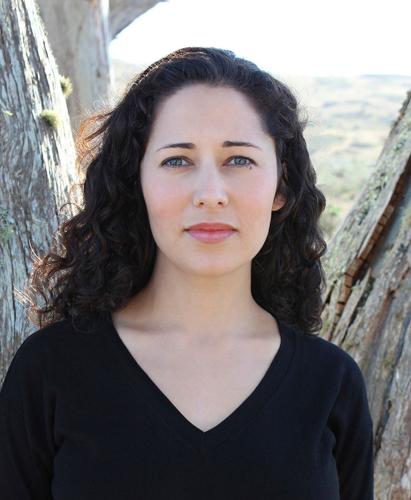 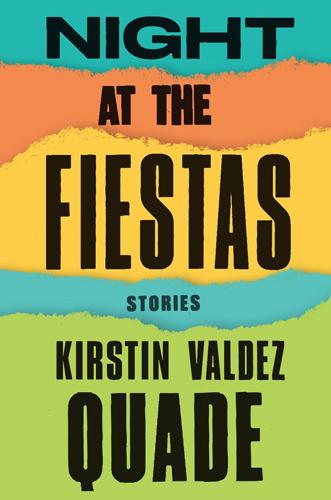 Not too many years before Kirstin Valdez Quade’s writing began appearing in the The New Yorker or the annual collection The Best American Short Stories or before she was selected as a Wallace Stegner Fellow and Truman Capote Fellow at Stanford, she was a kid bouncing around the desert Southwest with her geologist father, living in trailers and tents, soaking up material for stories like “Mojave Rats,” included in her first collection of short fiction, titled Night at the Fiestas (W.W. Norton & Company). Although she attended 13 schools in four states, New Mexico, where she was born, and Santa Fe, where her grandparents lived, “remain the landscape that most fuels my imagination.” The region is the magnetic north for most of her stories as her characters struggle with the demands of family, custom, and religion in a land where tradition both beckons and repels, and where the most important decisions can involve honoring the past or breaking with it, staying or leaving. Quade currently teaches fiction as the Delbanco Visiting Professor at the University of Michigan in Ann Arbor.

Pasatiempo: Several of the 10 stories in Night at the Fiestas take place in or around Santa Fe and Albuquerque. How did that background influence your writing?

Kirsten Valdez Quade: My family’s presence in New Mexico can be traced to Cristóbal de Arellano. I was born in Albuquerque, and when I was small, I spent days with my great-grandmother while my mother worked. As the oldest grandchild, I’ve been really close to my grandparents and older relatives, and have pestered them with questions about their lives: about growing up in the little towns of Torreon and Miami and Springer, about Santa Fe in the ’30s and ’40s. My grandmother accuses me of being an entrometida — a busybody.

From the time I first started writing, I’ve drawn on family stories. When I was ten, for example, for a school assignment I wrote and illustrated a picture book about the kidnapping by an Apache family of my great-great-grandfather, Jesús María Arellano, in the 1850s, when he was seven years old. And I continued to draw on family stories when I began to write seriously. I wrote fiction because there were always details that my grandparents or great-aunt couldn’t supply, questions that they couldn’t answer. So I began to fill in the gaps myself.

Pasa: But your background is not exclusively New Mexican, right?

Quade: My father is a research geologist who specializes in deserts, so much of my childhood was spent following his research. We lived in Nevada, Utah, Arizona — I went to 13 schools — including, at one point, St. Francis Cathedral School. Through all the moves, my grandmother’s house in Santa Fe was the place we always came back to, the place that has always felt most like home. I spent most of my summers in high school and college there. And it remains the landscape that most fuels my imagination. Yet, because I moved away, it isn’t entirely home. I sometimes wonder if my subject matter would be the same if I’d never left.

Pasa: When you are back here do you feel like an outsider?

Quade: A lot of writers tend to be outsiders, and that’s certainly the case with me. Having moved so much in my life, having always been an introvert and an observer, I am perpetually an outsider. I don’t mind it. But, like I said, the one place I feel at home is when I’m with my family in Santa Fe. I do think my longing for New Mexico is part of what drives my fiction. It looms large in people’s imaginations, and there’s been a lot written about it by insiders and outsiders alike.

Pasa: The title story of your book and others are organized around traditional ceremonies pretty unique to Northern New Mexico. Yet, you have lived in places where people aren’t as attached to the Virgin or the Cross. Are you an apostate?

Quade: I don’t consider myself an apostate at all. I’m Catholic, although my relationship with Catholicism isn’t uncomplicated. For as long as I can remember, my grandmother has been a member of the Altar Society at St. Francis Cathedral. From the time I was little, I would go there with her to collect the linens to be washed. I loved being allowed to accompany her onto the altar and into the sacristy, those places that felt both important and forbidden.

Pasa: Amadeo, the main character in the story “The Five Wounds,” is a loser, seeking redemption in a classically New Mexican fashion. He wants to play the crucified Christ in a bloody Holy Week pageant. What drew you to his story?

Quade: I was interested, in the case of Amadeo, in exploring a character who, at first blush, might be easily dismissed — by the reader and by me. After all, he’s a deadbeat father, he’s unemployed, he’s an alcoholic. My project in writing the story, then, was to try to embody his experience and to come to understand his fears and needs. He is himself an outsider, longing for acceptance. At the story’s opening, and again at the end, I use an omniscient point of view that is largely aligned with the townspeople. My intention was to highlight the tension between how Amadeo is seen by others, how he wants to be seen, and how he sees himself.

Pasa: One of the most memorable stories in your book, titled “Nemecia,” is about two girls headed in opposite directions, one seeming to abandon all traces of her New Mexico origins. There is a tragedy at the core of the story that helps determine the destinies of the two girls. The one named Nemecia embraces a new life in California. The other girl, Maria, stays put, though she understands that her life won’t be as glamorous or perhaps as fulfilling. The foreword of your book says it is “defined by concerns of tradition and heritage.” In “Nemecia,” what were you saying about those issues?

Quade: I think, on the deepest level, the difference between the two girls in “Nemecia” lies in what stories mean to them. Maria, the younger cousin, is the keeper of the stories. After all, she is the one who, later in her life, is looking back on the events of her childhood and trying to make sense of them. She feels burdened by the past, by the responsibility to remember their shared history. Nemecia, on the other hand, has reinvented herself entirely — changed her name and built a new life for herself far away. Maria can’t quite believe that her cousin doesn’t think about those old hard times, but all the evidence indicates that Nemecia, now Norma, has managed to create a life for herself in which that past no longer haunts her. For Nemecia, forgetting is a way of living with trauma, and though Maria can’t understand this, it seems to have worked for her.

Pasa: How did you get started writing?

Quade: My desire to write started, not with the sense that I necessarily had something to write about, but with a curiosity about what it’s like to be other people. When I was a kid, I was fascinated by other people’s families, by the jokes they thought were funny, by the odd habits that were commonplace to them. I used to love to go to friends’ houses, to see how they lived and how they and their parents interacted. Another family can be like a whole other country, with customs and a language all its own. And, as with foreign travel, it’s impossible to return to one’s own family and not see it anew. I remember, upon returning from a friend’s house, getting an occasional glimpse of the strangeness of my own family, before that glimpse was subsumed by familiarity and routine.

Pasa: What’s the most helpful criticism you have received about your writing?

Quade: Move deeper. My graduate school advisor, Ehud Havazelet, was always telling me I had to move deeper. It’s excellent advice, advice I call on every time I sit in front of the computer. There are a lot of reasons my drafts aren’t deep enough — maybe I’m avoiding the hard work, or I’m afraid of what I’ll find if I put my characters through that kind of scrutiny, or because I know that the work I need to do will be emotionally painful. Revision for me is always about digging deeper and asking my characters hard questions and uncovering contradictions. But the work, if painful, is also exciting, because the more one digs, the more closely one looks at one’s characters, the more deeply one explores the story, the more there is to discover. Fiction has to be emotionally risky.

Pasa: Where do you want to go next with your writing?

Quade: As writers, we continue to return to our obsessions and our curiosities. I have a couple of projects simmering, and if I had to sum them up, I’d say they all involve family. Families fascinate me, with their varieties of love and obligation and injury.

Pasa: What compliment have you received about your writing that means the most to you from a writer or a teacher?

Quade: From my mother — though I’m not sure she meant it as a compliment. After reading one of my stories, she said, “Boy, you really notice a lot.”

Pasa: Santa Fe has changed so much in recent years. When you’re back, how do you reconnect with your history?

Quade: Superimposed on the Santa Fe I visit several times a year is another Santa Fe that is made up of memories and family history. My grandfather is a stonemason, and, over the last 60 years, built a lot of Santa Fe. When we drive around town, he’ll point out the work he’s done — this wall or that gallery. The brick coping on top of the public library downtown is his work. And he tells me stories — about his friends at the old lumberyard or about driving up north to collect the stone.

The stories are as vivid to me as what actually appears before me — my grandmother’s accounts of attending Loretto as a homesick fourteen-year-old, my grandfather’s memories of my great-grandparents’ bakery, my mother’s stories about being a teenager in the early ’70s. My own memories are there, too, of playing in the arroyo behind my grandmother’s house and running errands with her downtown, and spending afternoons with my grandfather at this or that job site, stacking bricks beside him as he built this or that fireplace, or with my grandmother in her office at the legislature, where she worked for 50 years. ◀

▼ Reading and book signing: Kirsten Valdez Quade, author of Night at the Fiestas