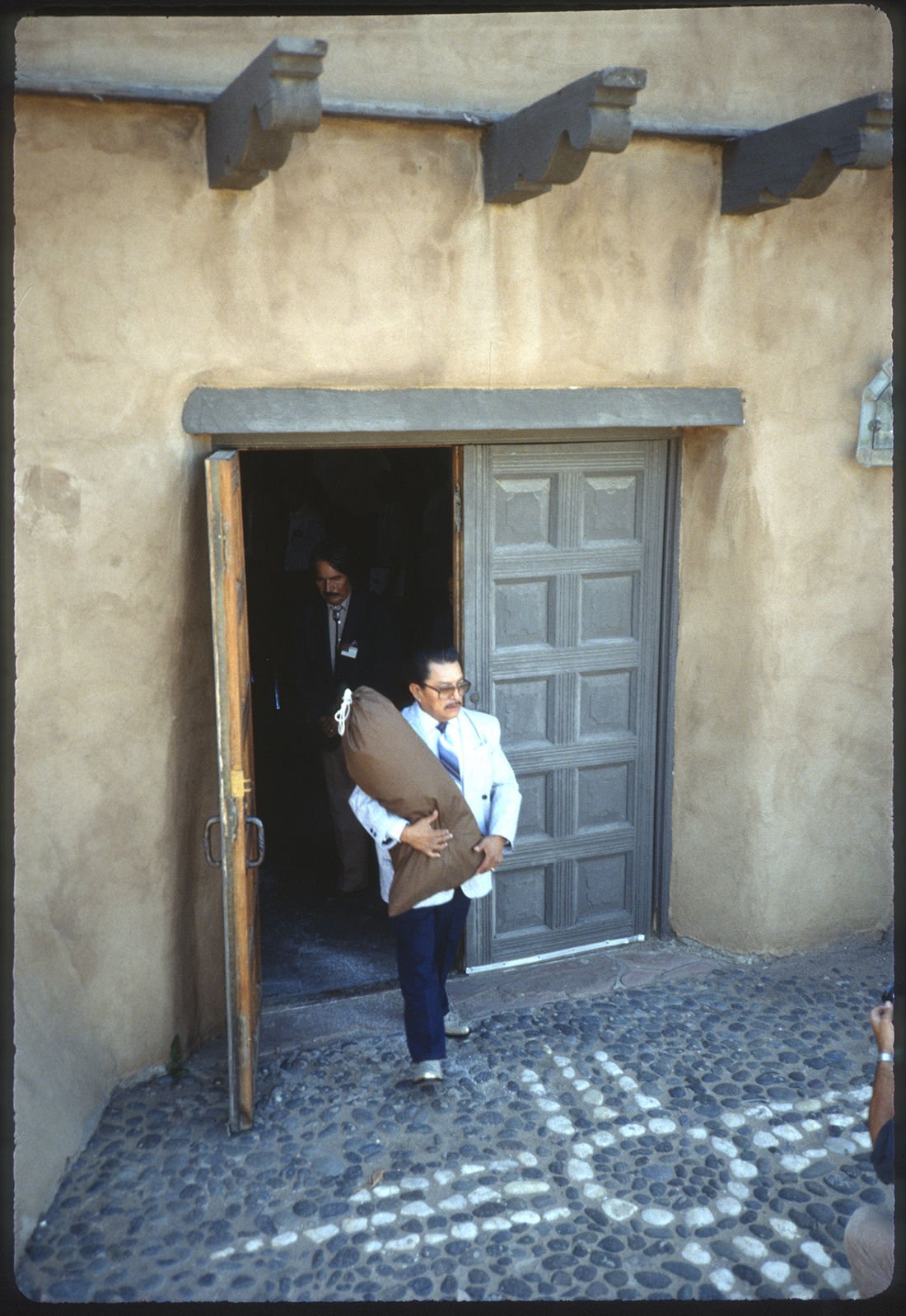 Perry Tsadiasi leaving the Laboratory of Anthropology in Santa Fe with ahayu:da figures following their repatriation. Tsadiasi is a Zuni bow priest who oversees the care of the carved figures, whose Zuni name means "keeper of the sky"; photo by T.J. Ferguson 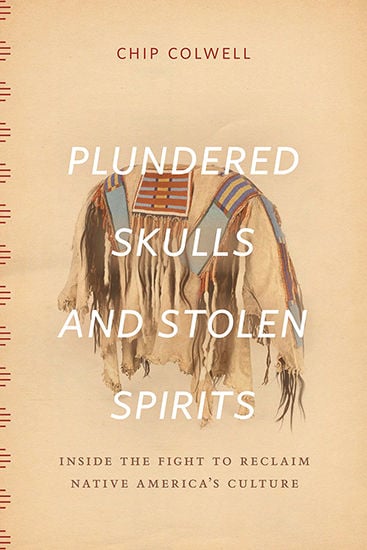 Perry Tsadiasi leaving the Laboratory of Anthropology in Santa Fe with ahayu:da figures following their repatriation. Tsadiasi is a Zuni bow priest who oversees the care of the carved figures, whose Zuni name means "keeper of the sky"; photo by T.J. Ferguson

“Plundered Skulls and Stolen Spirits: Inside the Fight to Reclaim Native America’s Culture” is the title of a Monday, March 13, talk in Santa Fe by author Chip Colwell — and also the title of his newest book. Published this month by University of Chicago Press, it focuses on four objects, from creation to repatriation: the scalp of a massacre victim, a ceremonial blanket, a skeleton from a tribe that some consider to be extinct, and a sculpture that is thought to be a living god.

That last one is the ahayu:da, a large Zuni wood sculpture that is carved “typically during the winter solstice,” Colwell said. “And they believe that through the ceremonies, life is breathed into it, so the war god actually becomes a living being that protects the Zuni homeland and keeps the universe in balance.” By ancient custom, the deities are placed on shrines on the Zuni landscape.

In the 1880s, anthropologists began to collect the figures, and in 1978, Zuni religious leaders started trying to reclaim them from American museums. “The Zuni was one of the first tribes to systematically seek the return of a ceremonial and sacred object, and they were really quite successful,” Colwell said. “In 1979, they received the first two from the Denver Art Museum and then received dozens more from museums, but it was not until the 1990 federal Native American Graves and Protection Act that Zuni effectively got back every one — 106 so far.”

The next challenge for Zuni and Colwell, who is assisting the tribe, is the reclamation of ahayu:da figures from at least seven museums in Europe. There is no international treaty that compels those institutions to return them, and at this point only one, the National Museum of Ethnology in Leiden, the Netherlands, has seriously considered repatriation. “These museums that are thousands of miles away don’t understand the Zuni culture and see themselves as the protectors of art on the world stage. But I do think it will happen,” Colwell said. “It’s just a matter of engaging the museums and helping them understand that these are important to the Zunis’ cultural survival.”

Colwell is senior curator of anthropology at the Denver Museum of Nature & Science and founding editor-in-chief of SAPIENS, an online magazine launched in 2016 with the mission of bringing anthropology to the public. His March 13 talk, which begins at 6 p.m., is part of the Ancient Sites and Ancient Stories series presented by Southwest Seminars (505-466-2775). Admission is $12 at the door, Hotel Santa Fe(1501 Paseo de Peralta).