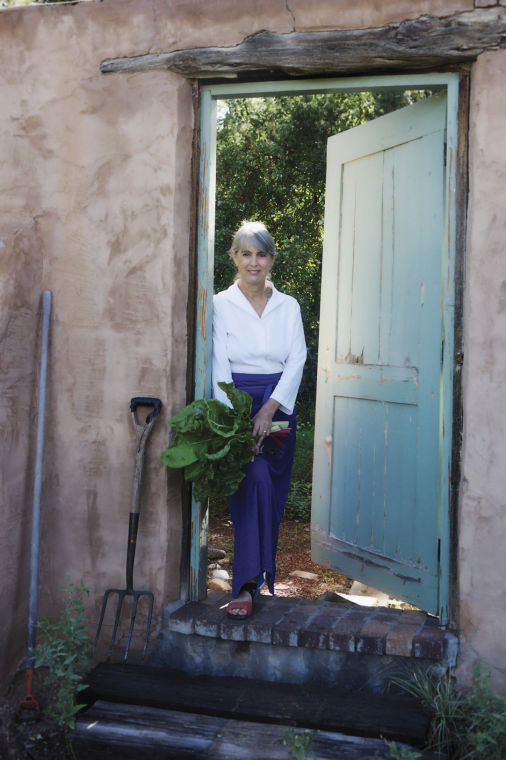 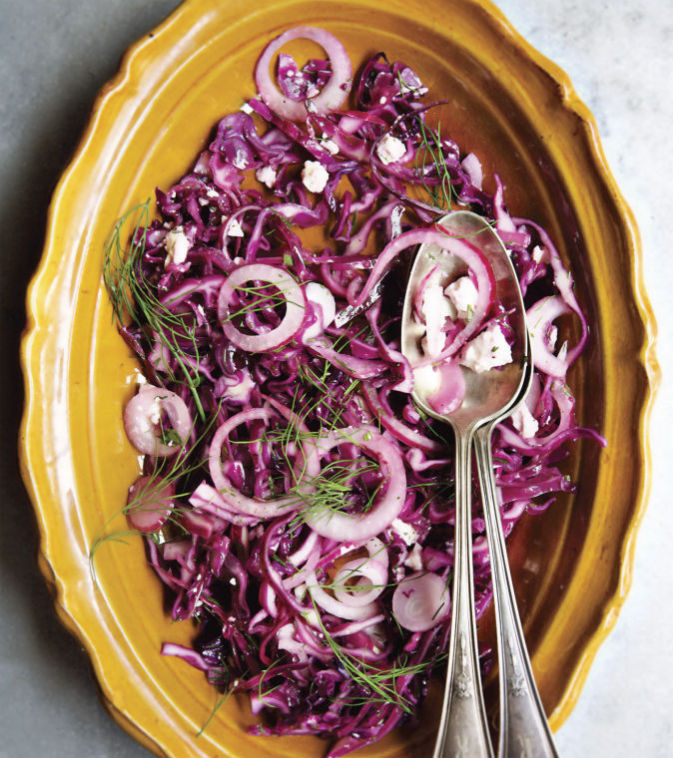 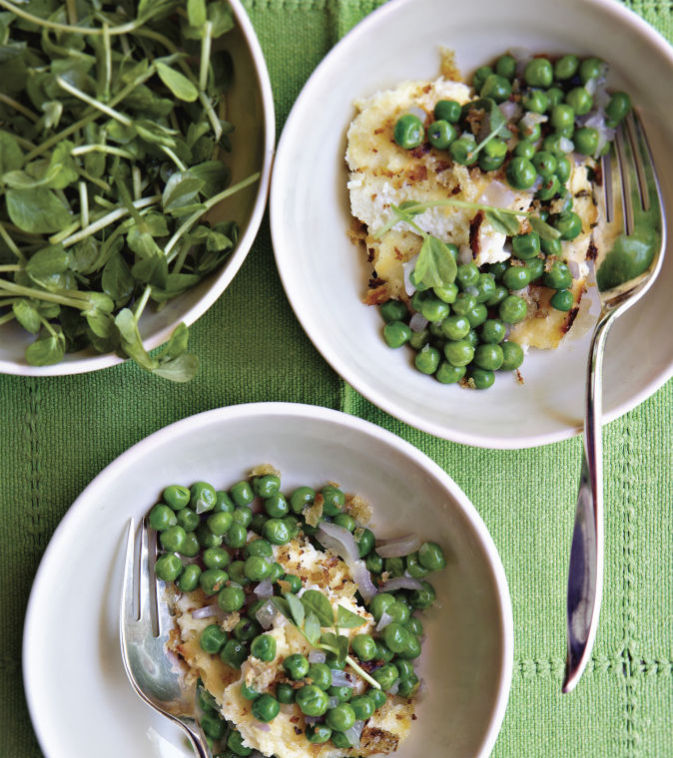 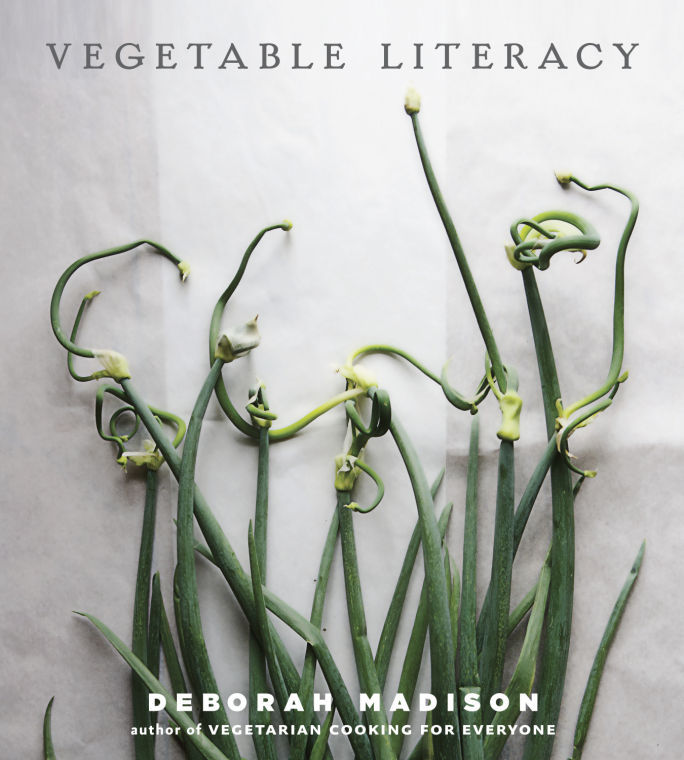 When Galisteo-based author, chef, and vegetarian-cooking authority Deborah Madison discusses vegetables, she sounds like she’s doting on the smart and beautiful children in her family. And in some ways, she is.

An early alumna of Berkeley’s Chez Panisse, a founding chef at Greens Restaurant in San Francisco, and a staunch supporter of the Slow Food movement and the Seed Savers Exchange, Madison has invested decades in cultivating strong relationships with farmers, educators, food historians, gardeners, and chefs. And no matter where her work takes her, it always seems to circle back to the humble relationship between the soil and those who tend it.

In her new book, Vegetable Literacy, published by Ten Speed Press, Madison breaks ground in writing about the humble vegetable. By exploring 12 edible plant families from a botanical perspective, she helps us widen not only our knowledge about veggies but also our kitchen repertoire. Madison reads from and signs copies of Vegetable Literacy on Wednesday, March 20, at Collected Works Bookstore.

Those who think that the nose-to-tail dining concept (in which nothing goes to waste) is reserved only for things with noses and tails might have to reconsider. Madison schools readers on a sort of “whole plant” concept, revealing relationships between vegetables, herbs, and spices within the same plant family that most layperson cooks — and far too many chefs — are unaware of. In the book, roots, stalks, blossoms, and seeds that perhaps you once discarded in the compost pile are revealed as intriguing cooking ingredients.

While Vegetable Literacy contains plenty of easily approachable recipes (around 300 of them), gorgeous pictures, and helpful suggestions for how to use companion ingredients, Madison stresses that the book is much more than a cookbook. It’s a door to creativity, an invitation to be more aware of the beautiful things growing right in your own backyard.

With an arsenal of recipe-building knowledge already in place, Madison took a year and a half to complete Vegetable Literacy. “I had the idea on the back burner for a number of years,” Madison told Pasatiempo. “I’ve been doing cookbooks for a long while, and I began to think it was time to go beyond the pretty-looking vegetable approach. But I had to realize at some juncture that not everyone was as jazzed about botany as I am. At this point, given my history as an author, most people are probably going to approach Vegetable Literacy as a cookbook first and foremost, whether that’s my intention or not.”

What Madison most hopes readers take away from the book is the sense that plants are a lot like people: those in the same family share characteristics, like the shape of a nose or eyebrows. “I think knowing more about familiar traits in plants can be useful, as a cook and as a gardener. Gardeners are the ones who are in the position to look into their soil beds and realize, ‘Oh my gosh, the chard is bolting! Say, I wonder if I can eat that part.’ I think those who are interested in gardening are automatically more aware of what’s happening around them in the natural world.”

Madison turned to numerous written botanical-research materials to deepen her knowledge of vegetables, and she made use of her own garden to experiment with different types of vegetables. She also drew on her experience teaching for years at Rancho la Puerta spa in Tecate, California. “The spa property has a six-acre organic garden. I always take students out there during the first part of my classes, and they’re usually astonished to see things growing. They are further surprised to discover which plants are from the same family.”

Take, for instance, the Umbelliferae family, which includes carrots, celery, caraway, chervil, parsley, cumin, dill, and many other plants. Among the Umbelliferae family are a few surprises, such as the spice asafetida (aka devil’s sweat), which Madison described as “derived from a syrupy crystal resin whose plant source is not too far removed from fennel and not something you see often in more modern cookbooks. It also gives off a very rank odor.”

People who consider garlic and onions as stimulants to avoid, Madison explained, use asafetida as a substitute. It is used widely in India. “It’s very potent, sulfuric even. But when you put it in some warm ghee [clarified butter], the smell sort of blossoms, and oddly, it takes on aromatic properties very similar to onions and garlic,” she said.

Despite Madison’s knowledge and experience, there was one plant family that gave her some trouble. She described the members of the Asteraceae or sunflower family as particularly difficult. “It’s somewhat inaccessible, I think. It’s prickly, or sometimes hairy. It’s artichokes, cardoons, milk thistle, endives, scorzonera [black salsify], prickly burdock. ... I mean, I like burdock, but I can never quite figure out how to use it. I just want to go beyond using it in a Japanese macrobiotic dish. It can go other places. I know it can.”

During her research, Madison came across Helen Morgenthau Fox’s 1943 book Gardening for Good Eating, in which the author laments the loss of certain vegetables from the popular American diet. “Fox mentions scorzonera and other members of the sunflower family among those we have all but lost,” Madison said, “and I thought, well, I want to grow those then. They’re kind of difficult to cultivate, and I hate to admit it, but I can understand why they didn’t remain as popular as many other vegetables have. When you harvest salsify, there’s a million little roots on it, and then you remember, oh, so this is why its other name is goat’s beard. Cardoons ... were easy to get going in the garden, hard to process in the field and, as a result, kind of hard to cook with. I had to learn those cardoons literally from the ground up.”

One of the things Madison’s book does well is broaden the conversation on biodiversity in one’s own garden. It’s worth asking, then, why more of this whole-plant approach hasn’t made it to the shelves of farmers markets or supermarkets. Madison said she already sees it happening in Santa Fe, though. “I did notice that last summer Matt Romero of Romero Farms, who sells at the Santa Fe Farmers Market, started selling something he called broccoli kale,” she said. “Now, there’s no such thing as broccoli kale. Matt was simply selling the leaves from the cabbage plants. Not the great big leaves that had been hanging around for six months but the ones closer to the head, which I maintain are quite delicious.

“If you only go to a supermarket you have no idea what the whole plant looks like or how much biomass and energy is involved in creating just one head of cabbage or a leek. It’s a huge investment in time, sunlight, photosynthesis … it’s something we still take for granted.”

If you haven’t grown your own food or aren’t much of a home cook, the photography in Vegetable Literacy, by Christopher Hirsheimer and Melissa Hamilton, may change your mind on both counts. “I cooked the food and styled it in my kitchen, and they shot the dishes in the office,” Madison said. Hirsheimer, one of two founding editors of Saveur magazine, and Hamilton worked incredibly fast. “They even pulled stuff out of their own gardens back east to shoot for the book.”

Madison admitted that she initially didn’t want to do a book with recipes in it. She found the botanical research fascinating and could have gone on forever with the topic. “But you know, it’s really hard; if you’re known as a cookbook writer, you don’t get set free from that expectation so easily.” But she was happy to write the recipes in the context of the botanical information. “I didn’t want them to be complicated or time-consuming. Still, though, I worried. I looked at my recipe for black-eyed peas with rice, tahini-yogurt sauce, and smoked salt and thought, oh no, is that enough? Five or six ingredients? And you know what? Yes. It’s enough, given the background on the legume itself. Black-eyed peas are known for being drought resistant. So logically I thought, maybe, if they’re drought resistant, we should grow them here, yes? And when I threw some seeds in a dry soil bed in Galisteo, they thrived!”

Vegetable Literacy challenges cooks and gardeners of all experience levels to step out of their comfort zones and experiment more in the loam and larder. Madison recalls growing cilantro, and before the plants went to seed and produced dried coriander, she took some of the greenish spherical buds and popped them in her mouth. It was a forward taste that reminded her of both cilantro and coriander, a flavor that can’t be found on supermarket shelves.

It’s those aha moments that Vegetable Literacy celebrates and that Madison wants her readers to cultivate more of, for themselves, their friends, and their families — both human and vegetable.  ◀

▼ Deborah Madison reads from and signs copies of Vegetable Literacy