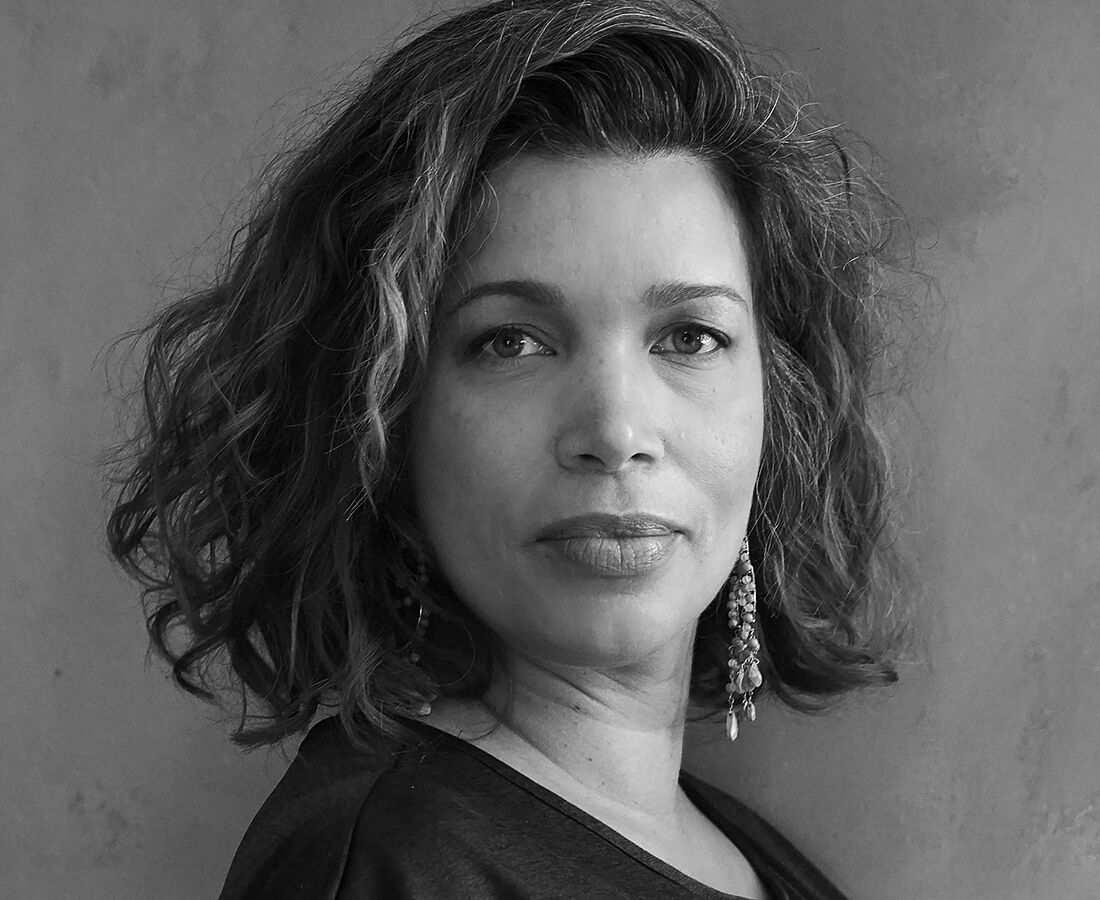 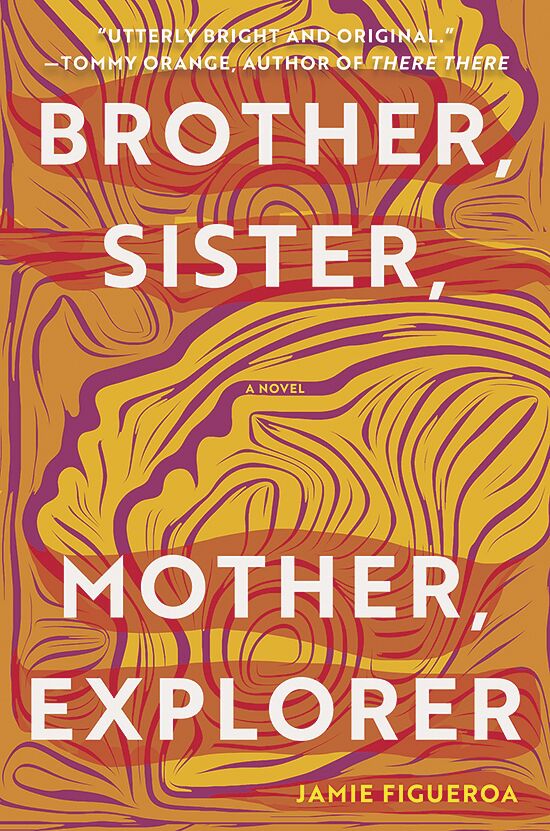 Rafa and Rufina’s mother is dead, and they are bereft. Rafa wants to die, too. His younger sister, Rufina, bets him that they can perform for tourists over the weekend and earn enough money to buy him a plane ticket to the island where he is happiest. If she wins, he has to live.

This is the present-day plot of Brother, Sister, Mother, Explorer (2021, Catapult, 225 pages, $25) by Santa Fe resident Jamie Figueroa. Her debut novel is a best summed up as a folklore-tinged, wild ride through temporal space. There is life and death, and there’s life after death. There is a now and a then, and dark, dizzying spaces to hide in when you can’t bear the world. The novel is ethereal and spiritual, as well as viscerally anchored in everyday sights, sounds, and smells. And it’s overtly political and emotional, delving into intergenerational trauma, child abuse, and racism.

Brother, Sister, Mother, Explorer is set in a fictionalized version of Santa Fe, called Cuidad de Tres Hermanas (City of Three Sisters). Rafa and Rufina’s unpredictable and erratic mother, Rosalinda, appears in their memories, in flashback, and as a ghost. Other characters include a controlling stepfather figure, a local police officer who’s been in love with Rufina since they were children, a gender-neutral angel, and the spirit of a dead baby. The novel’s real surprise, however, is its use of heightened, poetic language and its unusual point of view. Third-person omniscience extends to the living and the dead, as well as to the house the siblings live in. But, sometimes, the narrator’s voice is rendered as a collective and directed at the reader.

“No one notices [Rufina’s] cane, propped against the back of Rafa’s metal folding chair, which is why we’re telling you,” Figueroa writes. “It’s a bad habit to miss the most obvious signs. She sings of Baby, her deepest cut of love. Which is to say, once there was a baby, a real baby, her baby. And now there is not. In case you have forgotten, we will remind you that the imagination is a powerful force.”

Figueroa holds an MFA in creative writing from the Institute of American Indian Arts. She joined Pasatiempo for a video discussion about the vision and craft behind Brother, Sister, Mother, Explorer. The conversation has been edited for length and clarity.

Pasatiempo: Tell me how this story unfolded. Were you inspired by something in particular?

Jamie Figueroa: The opening scene came to me like a falsely remembered dream. I saw the plaza. It was as if I was there with this brother and sister. The language came, also — even more visceral and raw and electrifying. For a good four years, I said no to jobs and other opportunities to cultivate my writing ecosystem, to really be in a place where I could listen to these characters and render their lives as best I could.

Pasa: Tell me about the brother and sister, Rafa and Rufina.

J.F.: They’re struggling to find their own expression of their own lives without the heavy influence of their mother. They’re really vulnerable to believing what others tell them about themselves and using that as a fill-in for how they connect to who they actually are in the world. She has defined them, and they’re holding to that definition and constantly seeking her love and approval, even when she’s in the spirit world. How they choose to even continue living is very much the push and pull at the core of this novel. For Rafa and Rufina, this is the weekend that generational trauma is interrupted.

Pasa: They’re well-developed as individuals, but they also have the quality of archetypal figures.

J.F.: I was thinking about the ways we typically think about families — that the brother protects the sister. Particularly because he’s the older child. What happens when those roles are tilted and almost inverted? It’s almost as if Rafa begins to look at Rufina as the potential mother for him. He’s about to be 30. He’s been out in the world, making a living. He had a sense of himself, but he keeps collapsing.

Pasa: Tell me about the mother, Rosalinda. She’s a damaged but romanticized figure. Was she a good mother?

J.F.: I think she was the best mother she could possibly be. Was that good enough? I don’t think so. But I don’t know what we could expect of her. We see that this can happen — when a wounding becomes so great that a person uses everything and everyone to try to treat that wound, for the rest of their lives.

Pasa: Let’s talk about the setting. Where or what is Ciudad de Tres Hermanas?

J.F.: It’s very much a fictional twin of Santa Fe. [Fictionalizing it] gave me space to bring in aspects of San Juan, where my family is from, in Puerto Rico. It also enabled me to behave in a way that I hope is respectful. We’re aware, living in this place, of all of the people that come through here, and “discover” New Mexico as if it never existed before they came here. I didn’t want to pretend there wasn’t history that was beyond my knowing — to the Pueblo people, especially — that’s millennia old. It was really, “How do I bring my love and care for a place, and hold that simultaneously with a polyphony of voices?” Not pretend I have some audacity and authority to claim a narrative around this place.

Pasa: A New York Times reviewer said it’s set in a country that “remains unnamed.” But numerous contextual clues indicate Tres Hermanas is in the American Southwest. Most crucially, you name three Indigenous languages — Keres, Tewa, and Diné — spoken by vendors under the portal on the Tres Hermanas plaza. I understand your avoidance of colonialist names for borders or peoples. But, do you think it serves Indigenous peoples to be rendered in a way that could be interpreted as authorial invention?

J.F.: Oh, I see what you’re saying. Part of calling it Ciudad de Tres Hermanas, and having it be this voice of the land, was a real desire to have people question what they already know, part of asking the reader to change perspective. Calling the Indigenous folks “the original enduring ones” was to create disruption in thought from, possibly, a reader who thinks, “Oh, Native Americans! Well, I had a Native friend once!” or “I took a class in college!” And suddenly there’s no more room to be receptive to a new experience or a new understanding. The worst possible scenario would be for anyone to think I made these people up. Nothing is further from the truth. The best-case scenario is someone realizing that they’re being asked to have a new relationship, potentially, with the limited information that they might have had.

Pasa: The narrative voice is challenging — literally. Early in the book, it addresses ignorant, White tourists, presuming the reasons for their travels and what they expect to see. Eventually, this softens into addressing a more general reader. How did you think readers encounter that voice?

J.F.: There are readers who feel like she’s talking to them, and readers who are on the side of the narrator, who see what I’m doing, and are glad they get a chance to have the mic and say these things. As you said, as the book continues, that voice takes you into a much more intimate and relational experience.

I had this really fabulous mentor in the IAIA MFA program, Ramona Ausubel, who encouraged us to do away with rules that didn’t serve the story. With that experience, my entire voice changed, and what I wrote about changed. It’s a continuous challenge for me to do what you’re not supposed to do.

Pasa: Do you consider this a political novel?

J.F.: [Laughs.] How does it go, “the personal is political,” and all of that? The day laborers are running around throughout this novel, just trying to survive, right? That they ever get on the pages, even if they’re not the main characters, is so rare. That the conversation among the Indigenous folks standing around [in the novel] is, “Imagine being cast in a movie where you’re just the regular guy.” So, is that political? Yeah.

Pasa: What’s your background? Are you reflected in this book?

J.F.: I identify as Boricua, as mixed heritage. My mother was born in Puerto Rico and came to New York as a young girl. She was heavily assimilated. Lot of shame and hiding around identity. I grew up in rural Ohio, as one of the only children of color in the community. Always being asked, “What are you?” That deep sense of isolation, objectification. Not having the cultural stories, the language, all of the things that can really feed us and give us some bearing, so when we’re faced with racism, we can weather it a little bit more intact. ◀