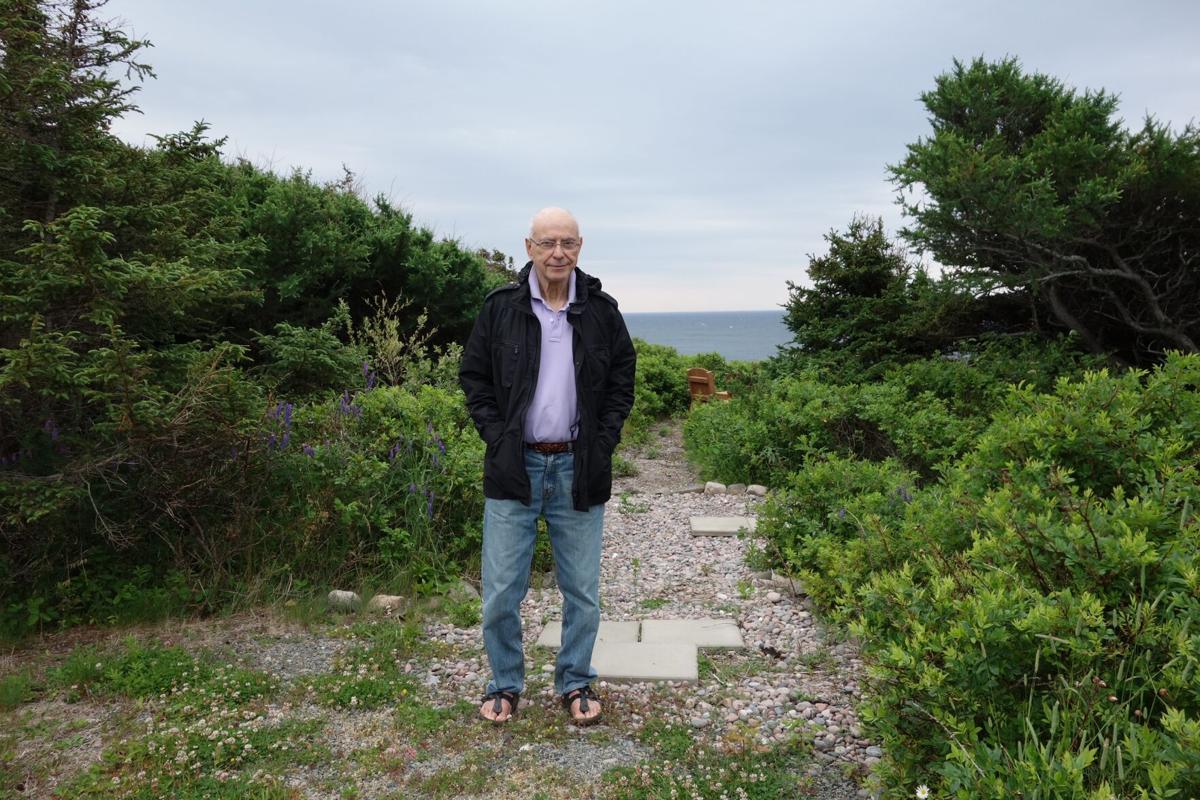 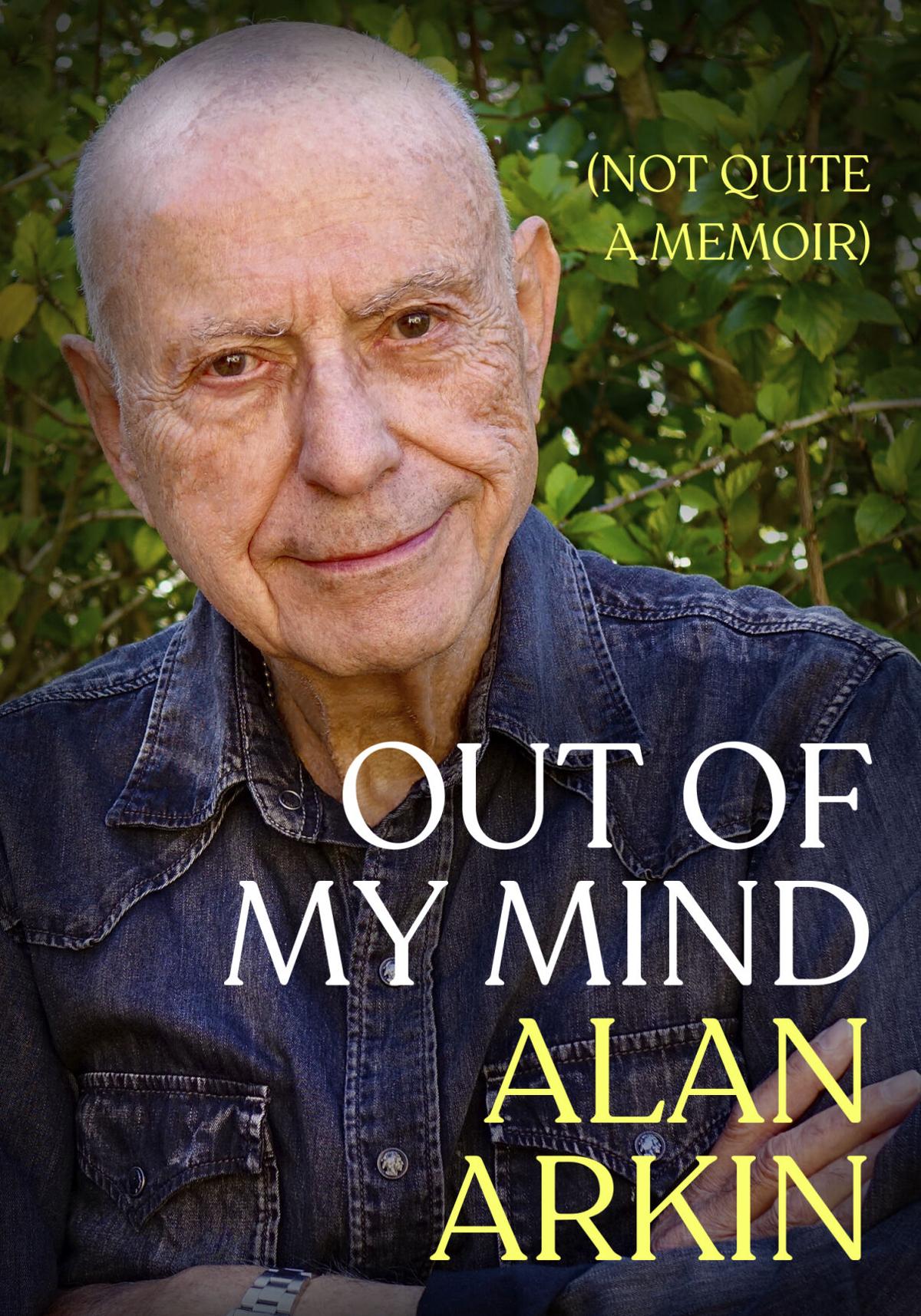 For such a small object, the tiny Buddha’s disappearance was something of a crisis. Alan Arkin’s spiritual advisor had given it to the award-winning actor, and he always carried it in his pocket.

“I looked upon this loss as being serious infraction and a betrayal of what had been a loving gift,” he writes in Out of My Mind: (Not Quite a Memoir) (Viva Editions, 100 pages, $15.95).

While shooting The In-Laws (1979), Arkin had been rolling around in the dirt with actor Peter Faulk, and it turned up missing. Arkin tore apart his hotel room trying to find the Buddha before realizing that he must’ve left it in his costume pocket. But it wasn’t there either. When it occurred to Arkin that he might’ve lost it in the 200-square-foot bullring where they’d been filming, he headed there. He knelt down, “put my hand into the silt, and my fingers immediately closed upon a small metal object. I picked it out of the dirt, and it was the Buddha. Not on the second try, mind you, not the third, but on the very first time I reached into the ground … and there it was.”

Out of My Mind is a book about miracles that Arkin has personally witnessed. Although he didn’t write the book specifically because of the pandemic, the former Santa Fe resident says that so many people are suffering right now that he wanted to offer stories about remaining positive through adversity. Arkin reads from Out of My Mind on Tuesday, Jan. 19, in a Zoom event hosted by Collected Works Bookstore & Coffeehouse.

Arkin, 86, started acting in the 1960s and received a Golden Globe Award for Best Actor — Motion Picture Musical or Comedy for his first feature film, The Russians Are Coming, the Russians Are Coming (1966), directed by Norman Jewison. He’s always worked steadily and to critical acclaim. Arkin earned an Academy Award for Best Supporting Actor for Little Miss Sunshine (2006) and has racked-up numerous BAFTAs, Independent Spirit Awards, and New York Film Critics Circle Awards, among other accolades. For his role as Norman Newlander in the current Netflix series, The Kominsky Method, also starring Michael Douglas, Arkin has been nominated for an Emmy, a Golden Globe, and two Screen Actors Guild awards. He’s also written several books, but he says that's just happenstance.

“I don’t consider myself an author,” he says.

Arkin lived in Santa Fe with his wife, Suzanne Newlander, for a decade, but moved to Carlsbad, California, about six years ago. (He adopted his wife’s surname for his Kominsky Method character.) Between the altitude, the ravages of a particularly active wildfire season, and Newlander’s increasingly debilitating juniper allergies, Northern New Mexico simply became too much for them. “It was time to say goodbye, but I miss it very much. I was more comfortable in Santa Fe than any other place I’ve ever lived, but it was no country for old men,” he says in his signature deadpan style.

Out of My Mind began during a writing workshop in Eastern philosophy and consciousness when he was still living in Santa Fe. The teacher instructed the class to spend 30 minutes writing down all the experiences they’d had that proved to them that there was more to reality than what they typically saw in their daily lives. When they were finished, the teacher said to fold up the paper, put it in their wallet or purse, and refer to it the next time they had a bad day. “We all thought it was an incredibly moving and delightful way to spend our time, and that it was a great affirmation for ourselves, from ourselves,” Arkin says. “When I had nothing to do one day, I started expanding those stories, and it ended up being what it is.”

The book clocks in at an economical 100 pages — a slim volume that could easily be tucked into a handbag or even a coat pocket. The miracles he writes about exist on a spectrum, from nearly otherworldly to far more mundane. For instance, Arkin has witnessed psychic healing of major disease, and he once excelled at a game of tennis when he stopped trying to win against a much better player. He’s not trying to convert anyone to an Eastern mindset. He just wants to offer hope, given that he and his wife have been able to meditate their way through the pandemic, while frontline workers, parents of school-age children, and others struggle every day to see the light at the end of the tunnel.

“Being sequestered is not a chore for us,” he says. “The idea of being alone is not frightening to us.”

Arkin calls himself a “Buddhist without portfolio,” and says that he is equally influenced by Hindu traditions. In Out of My Mind, he details how he came to a belief system rooted in Eastern thought. He was raised by liberal parents who believed in social justice, adding further, “by the time I was about sixteen, I had a complete and impenetrable set of beliefs,” in the book’s opening sentence. He loved to proselytize and convince others to think the same way he did. But then he noticed that his beliefs tended to change as he matured. Pushing others to agree with whatever he happened to believe at the time became less attractive. Now, he says, he likes to keep his beliefs largely to himself — a practice he contradicts by writing a memoir to share these beliefs.

“Anyone who has ventured into this arena to any degree recognizes that there are paradoxes,” he says. By way of further explanation, he relates an anecdote from the late Ram Dass, spiritual teacher and author of Be Here Now (1971).

“When he was starting out, his teacher would say to him, ‘Why are you complaining? Everything is exactly the way it’s supposed to be. The universe knows what it’s doing. Everything is perfect the way it is.’ And then, half an hour later, his teacher would point to someone and say, ‘You see that man? He needs help desperately. Do something for him.’ It took Ram Dass a long time to recognize that there was an intelligence behind the duality. It took him years and years to reconcile. As long as you’re on this plane of existence, there are going to be dualities. I’ve learned to pretty much live with them.” ◀

Five from the filmography

THIRTEEN CONVERSATIONS ABOUT ONE THING (2001)

▼ Alan Arkin reads from Out of My Mind: (Not Quite a Memoir) in a livestream event (no in-person events are scheduled at this time)

what time on the zoom call? can anyone join?

Falk (not Faulk) was terrific, too.

Sounds like a wonderful book... written by a wonderful man. Certainly one of the kindest and most interesting people I've ever met.