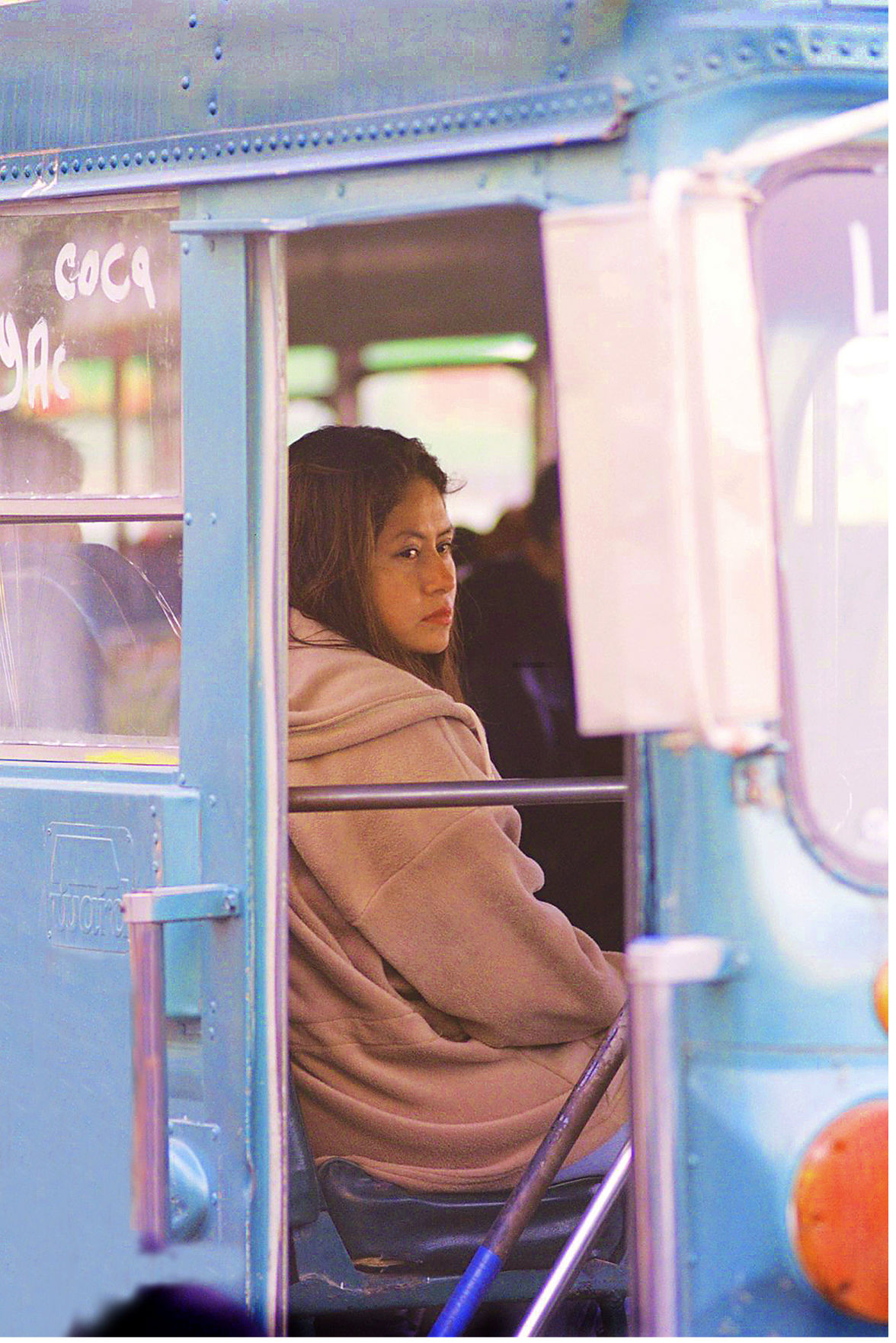 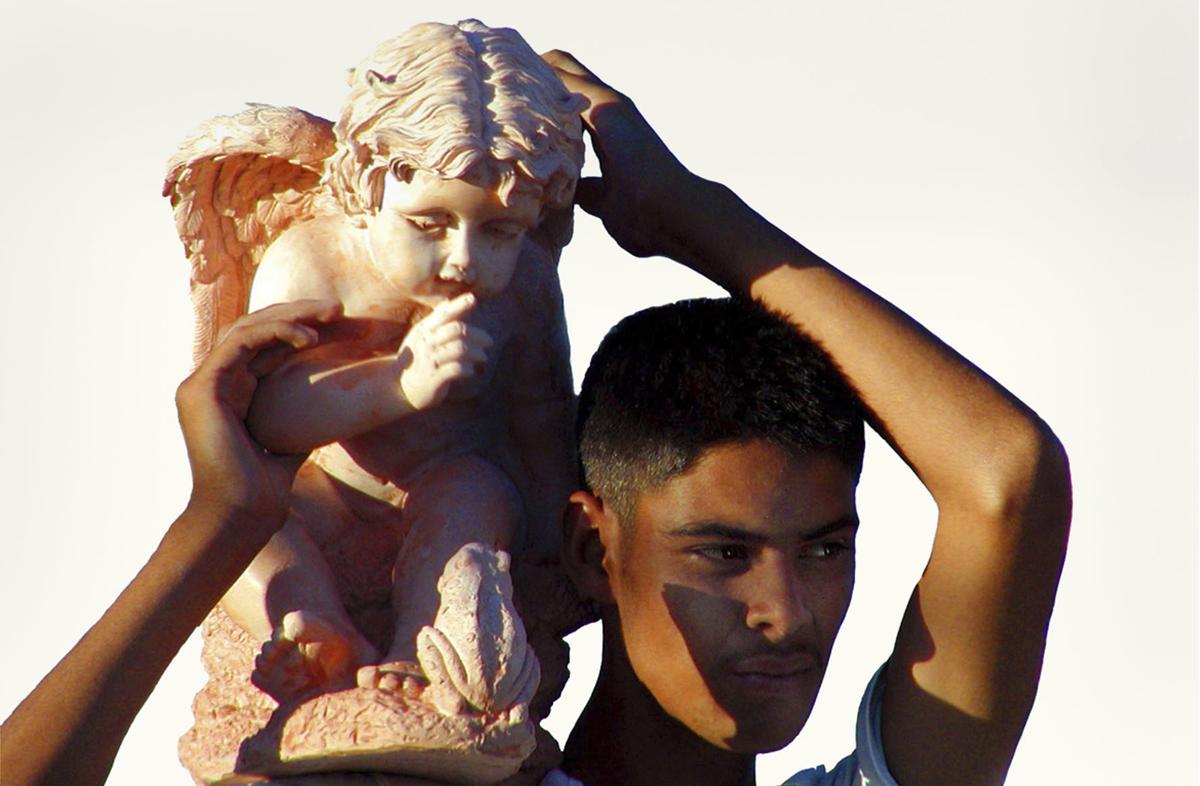 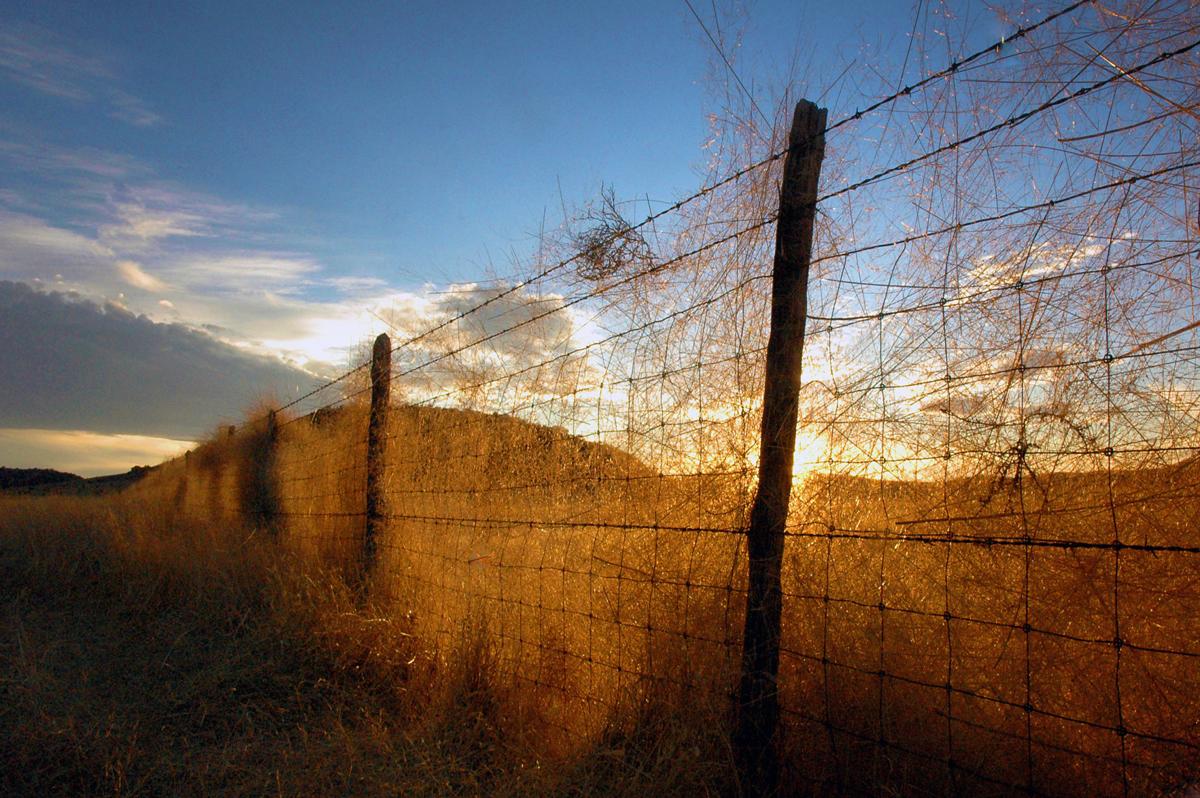 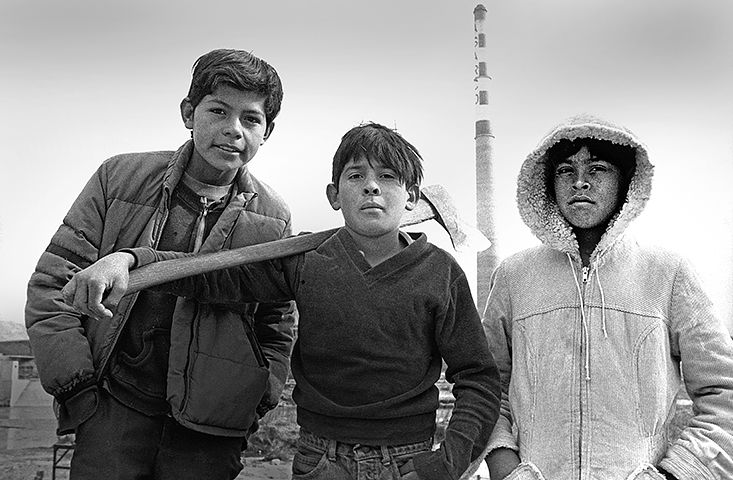 A brown-haired girl sits on a bus. The expression on her face could be sadness or exhaustion. We don’t know where she is going or why.

Photojournalist Bruce Berman took the picture, called Girl on a bus, in Ciudad Juárez in 2004. While the photographer might be aware of the context of the girl’s journey, all the viewer can really know for sure is that Berman caught his subject glancing to the right in a pensive moment. Berman has been covering the borderlands of Texas and Mexico since the 1970s for outlets like The New York Times and the Chicago Tribune ever since he moved to El Paso to teach at the University of Texas. For the last dozen years, he has taught at New Mexico State University in Las Cruces, commuting a few times a week from El Paso.

“I live three blocks from the bridge to Juárez,” he said. “I work in New Mexico, but my life is here. My passion for running up and down the border is always going to be there.”

Poet Lawrence Welsh moved to El Paso in the early 1980s, where he found and fell in love with Berman’s work, thinking maybe someday they’d have the chance to collaborate. Welsh spent the next quarter of a century or so writing and reading poetry every day, taking long walks around town and into nature, and teaching at El Paso Community College. He also started reading the poetry and prose of Ray Gonzalez, a seminal Chicano writer who grew up in El Paso but now teaches at the University of Minnesota in Minneapolis.

“After University of New Mexico Press published Begging for Vultures, my new and selected poems, in 2011, I approached Bruce and asked him if he’d ever want to work on a book,” Welsh said. “Ray wrote a wonderful review of Begging for Vultures for the Bloomsbury Review. He came down to El Paso on a visit and we were driving around southern New Mexico, in Las Cruces and La Mesilla, and I asked him if he’d be on board to do a book about the border. He was.” That book, Cutting the Wire: Photographs and Poetry from the US-Mexico Border, was published by the University of New Mexico Press in 2018, after about five years of collaboration between the three men. Welsh reads from Cutting the Wire on Sunday, Dec. 1, at Garcia Street Books.

In Cutting the Wire, Gonzalez’s poem “The Border is a Line,” accompanies Girl on a bus. He writes, in part:

The border is a line between

imagination and the truth —

those who make it will not return,

the line leading to bodies in lost graves.

The line extends from birth to death,

though the mountains get in the way,

the line curving around them

Gonzalez’s poems run alongside Berman’s photos in the first half of the book; the second half features Welsh’s poems next to Berman’s work. Though their themes and subject matter are similar, Gonzalez favors longer, more expository lines, while Welsh’s poems are stripped down to their essence. In the beginning, Welsh and Gonzalez sent each other the poems they were considering for the book, working together to select the strongest pieces. Each ended up writing new poems as well. They then sent their finished manuscript to Berman, who didn’t really know what to do with it.

“I appreciate poetry, but I don’t totally understand it,” Berman said. The manuscript sat on his desk for six months until Welsh gently urged him to proceed with the project. He studied the poems to find a few words in each piece that he connected with, and then selected photos from his files based on those words. He sent the photos to Welsh, who attempted to match the photos to poems, but he was quickly overwhelmed by the task. His wife, Lisa McNiel — a poet who teaches at El Paso Community College — found him in a room surrounded by the guts of the book and stepped in to help, ultimately serving as the book’s editor. Cutting the Wire includes an introduction by essayist and historian David Dorado Romo, a former resident scholar at the School for Advanced Research in Santa Fe.

“My poetry and Lawrence’s are both very visual,” Gonzalez said. “We depend on imagery in our writing all the time. As a writer, you see one thing in your poem and start working on it, and that visual becomes something else and something else. It builds the poem. If you look at someone else’s imagery, it automatically changes your perception of your own work and gives it an additional dimension.”

In Berman’s photograph Mountain fire, taken in El Paso in 2012, yellow smoke illuminates the upper third of the composition while most of the rest is black, with a small flame flickering in the lower right corner — almost an afterthought that is nearly drowned out by the blast of color above. On the facing page is Welsh’s poem “El Paso Smelter at Night, 1919,” in which he writes:

burn inside a mind

and turn to slag

Some of Berman’s photos are scenic, or of locations in and around El Paso, while others are of people — people on foot, relaxing, posing by cars, dressed in wedding finery, and in transit. The fashions and hairstyles give away nothing about the decades in which they were taken, as if time at the border stands still. In the photo Immigrantes. Rio Grande/Rio Bravo, Texas, taken in 1985, six people, dressed either for brisk weather or to protect themselves from the sun, walk down a dirt road, their backs to the camera, heading into a haze of either smog or fog. “pick up/the moon/on federal/land,” Welsh writes in the accompanying “Puro Oro Grande.” The poem continues:

With so much currently in the headlines about the U.S.-Mexican border, Cutting the Wire might not be written or photographed from a perspective that everyone automatically understands. Gonzalez called the book “a different view of the border region. ... I think it’s a more humanistic look at things than any political slogan or idea of what happens down there,” he said. “I learned early on that there’s no such thing as a border and, being a native of the Southwest, I’ve learned that the desert never leaves you alone. I’ve been away for maybe 30 years, but my family is there, so I always go back. The first thing that hits me is the desert landscape, so that’s why I keep writing about it.” ◀

▼ Lawrence Welsh reads from Cutting the Wire: Photographs and Poetry from the US-Mexico Border