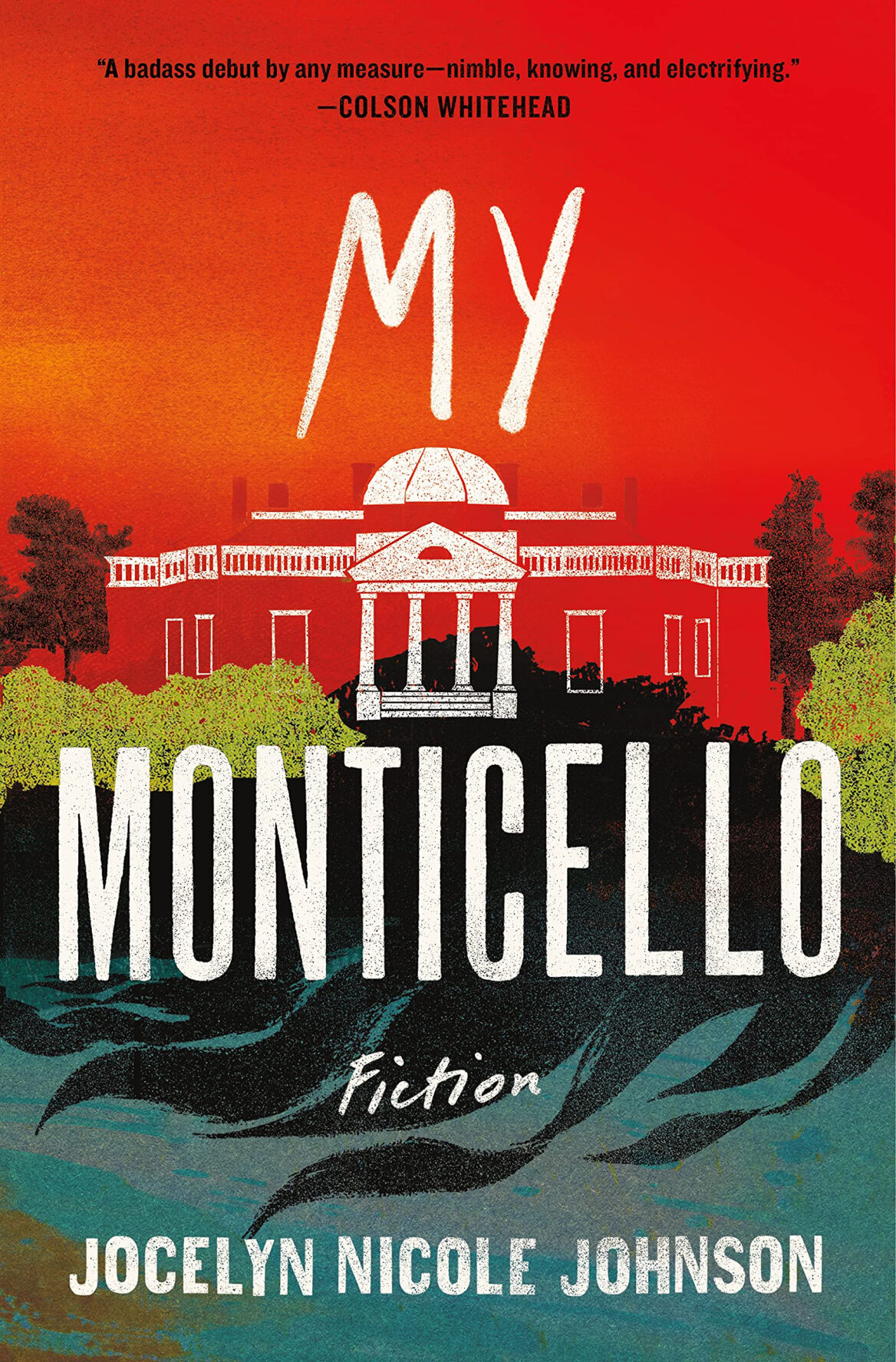 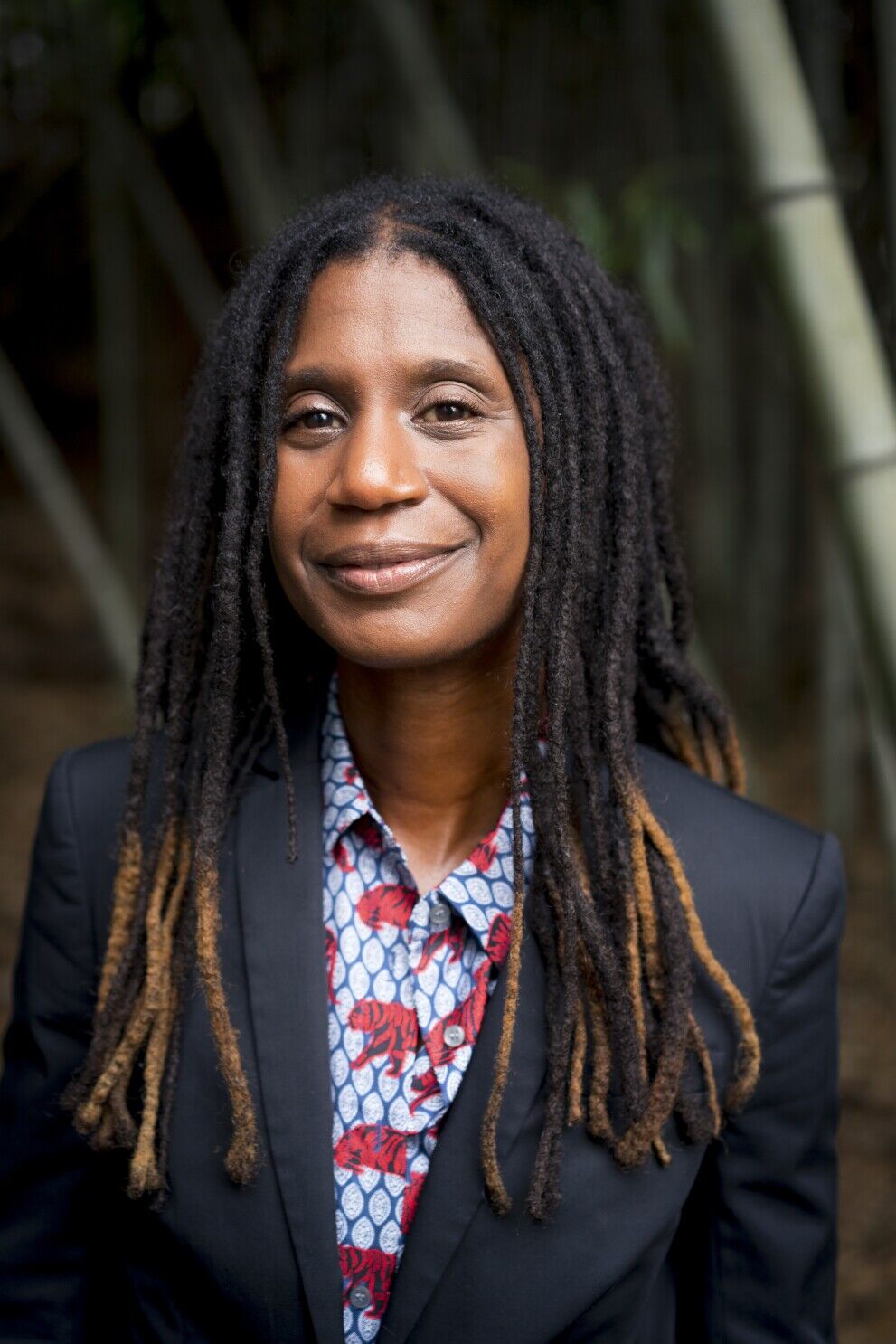 James Baldwin wrote that “to accept one’s past — one’s history — is not the same thing as drowning in it; it is learning how to use it.” Jocelyn Nicole Johnson uses history to spectacular effect in her debut fiction collection, My Monticello.

The opening story, “Control Negro,” explores a question: Can a Black man who’s otherwise “equivalent to those broods of average American Caucasian males” break free of racism? The narrator is a father who watches from a distance as his son grows up and becomes an adult. Over a handful of pages, the reader is presented with a case study of how much and how little can change for a Black man over a generation. The characters may come across a bit flat, but the lens through which they are seen — systemic racism, educational inequity, and policing — is well focused. The narrative builds to a terrible, violent event, but even amid that suffering, there is a glimmer of hope for both father and son.

“Buying a House Ahead of the Apocalypse” is a standout, in part because of how it’s told. The tale is presented as a checklist, something many of us use to manage our daily lives. But for this narrator, an unnamed Black woman, simple tasks become infinitely more difficult because of her race. For instance, as a would-be homebuyer about to meet a loan officer, she must remind herself to wear her hair in a style that does not draw too much attention to her race — “bone straight, a fresh weave with the tight itch of cornrows beneath, like something true but hidden.” She even struggles with “the dark-skinned guard” who won’t let her into an open house. The story is a portrait, in list form, of the universally human search for something normal, someplace safe, even in the face of futility: “Vote, but don’t expect it to save you. March, but don’t expect it to save you. Pray, but don’t expect it to save you.”

Of the five pieces in the collection, though, it is the title novella that best demonstrates Johnson’s creative skill. “My Monticello” is a historical deep dive that takes place in a terrifying near future. The setting is Virginia, where Johnson was born. In her dedication, Johnson, a longtime public school art teacher, thanks her parents for making the state a home. However, for her characters, Virginia has become most inhospitable.

In this tale, the narrator is a young University of Virginia student. She and a small band of neighbors have been forced to flee their homes. The traumatized refugees are mostly Black and Latino people, chased out by a White militia whose rallying cry is “OURS!” While this calls to mind the deadly 2017 “Unite the Right” rally in Charlottesville, readers are taken even further back through the country’s fraught racial history, as the group arrives at Thomas Jefferson’s Virginia plantation, Monticello.

The narrator, Da’Naisha Love, is familiar with the place, having once interned there. What’s more, she is a descendant of Jefferson and Sally Hemings and recalls what it was like when her family members were officially informed of their lineage: “I should say that our family did not need a call from Monticello to tell us we were Thomas Jefferson’s descendants. The story of our connection to that man and this place was already woven into the Love family lore ... like a cautionary tale.”

And it is with caution that Love and her traumatized band of fellow survivalists — which includes her grandmother and her White boyfriend — approach the third president’s Virginia estate, a place overflowing with reminders of the enslaved people who built it. For Love and her fellow travelers, there is an excavating, a reclaiming of things left to history: Jefferson’s great clock, high beds, the very stairway trod by enslaved people. In one instance, the narrator points to the enduring echoes of privilege and the lack thereof: “these rooms had been kept so pristine, while our homes in town had been treated as kindling.”

What makes “My Monticello” particularly resonant is that it does not stray far from life as we know it today. In the near future conjured by Johnson, there are the heat waves and wildfires that bring climate change into view. There is fallout from a fraught election. There is the vile replacement theory rhetoric of the right wing.

But the lives of Johnson’s richly drawn characters — their personal stories — are always in focus. And, because of it, the storytelling is propulsive, as we follow these refugees along a harrowing journey, with danger ever at their heels. My Monticello is, quite simply, an extraordinary debut from a gifted writer with an unflinching view of history and what may come of it.