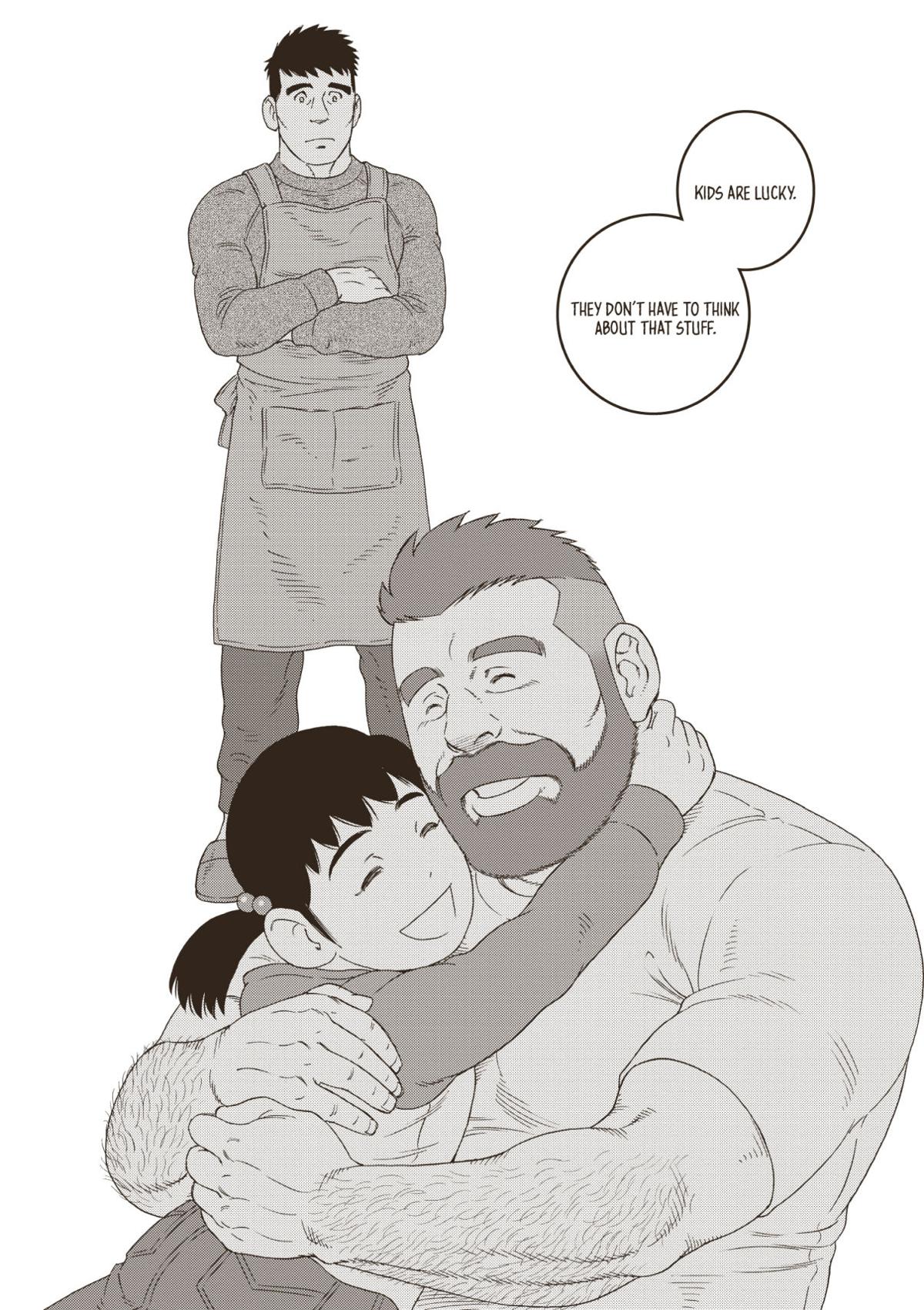 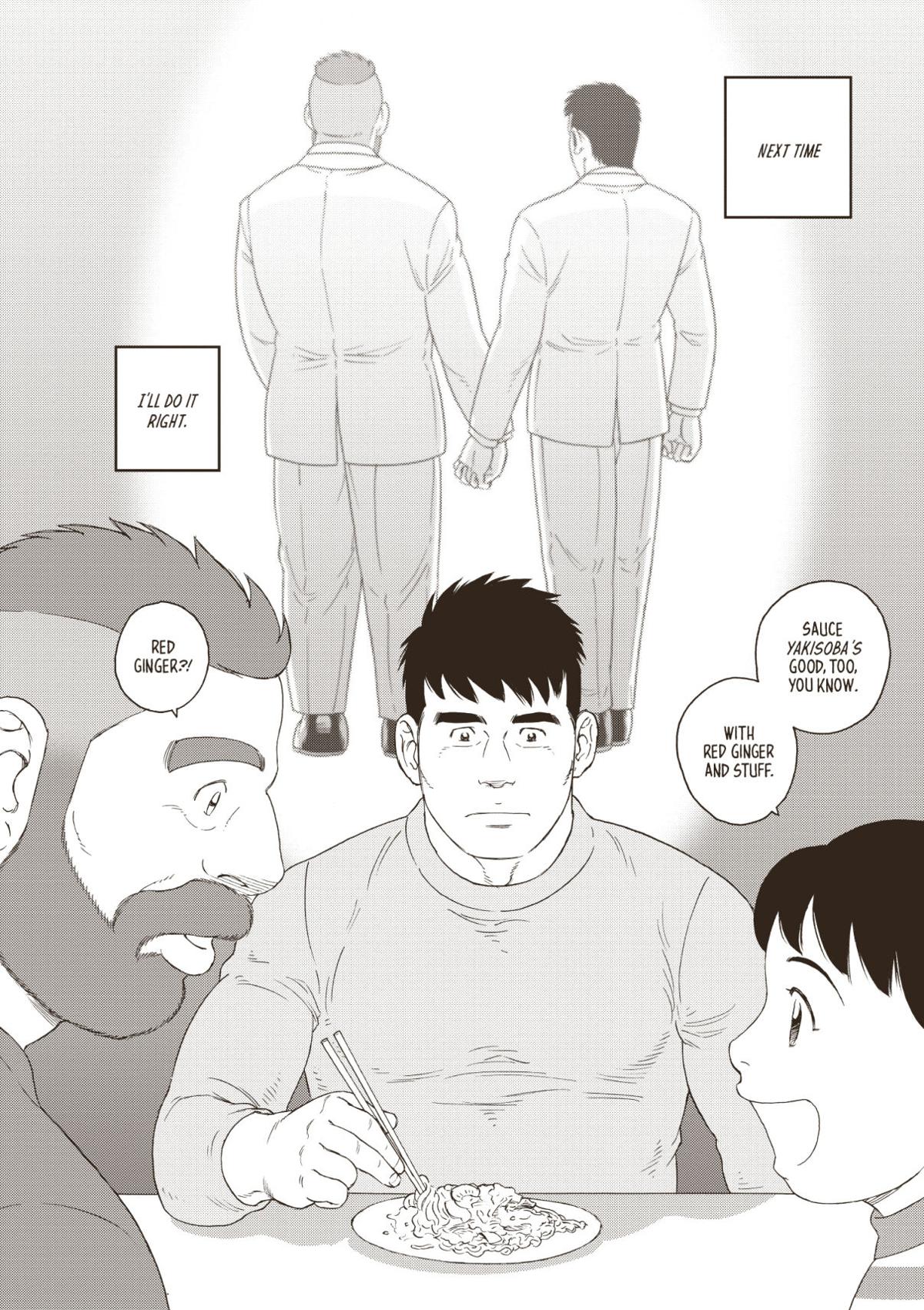 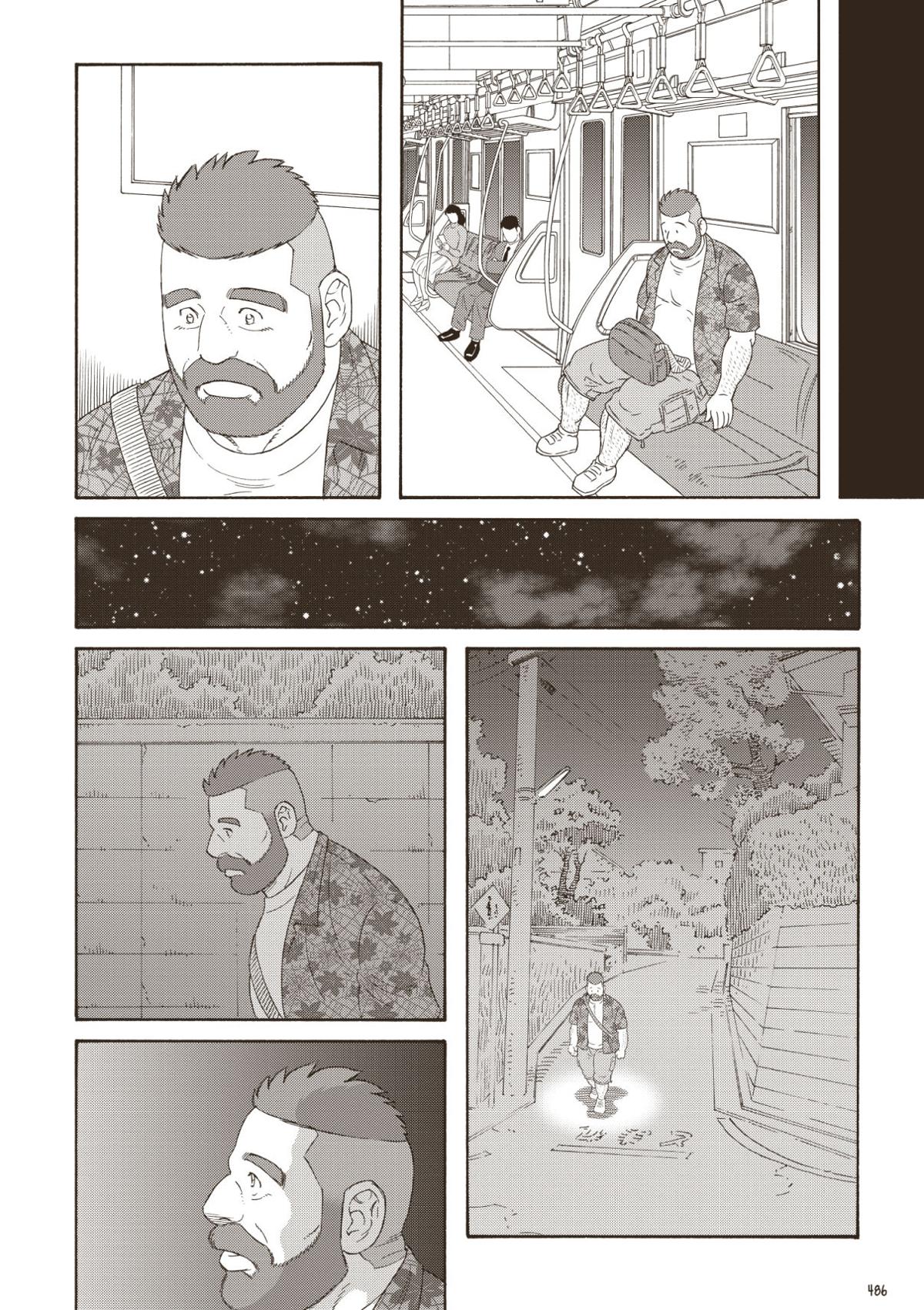 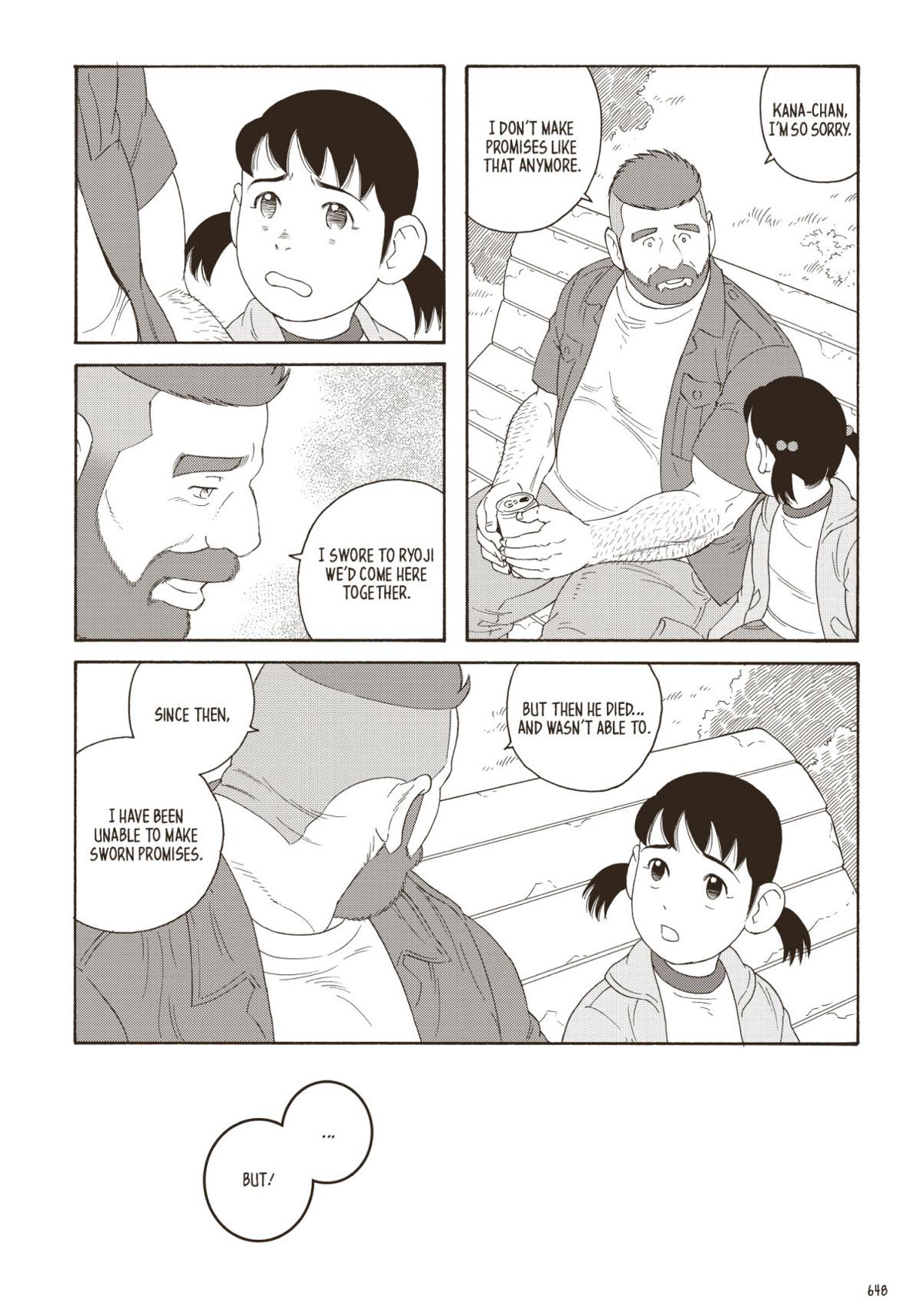 For those who are unfamiliar with the phenomenally popular black-and-white, graphic storytelling form known as manga, it’s a safe bet that reading this 704-page family drama will provide an intriguing, representative look at the medium and also at Japanese culture. Although Gengoroh Tagame is widely known for adult-oriented manga, My Brother’s Husband brings him into the mainstream as he centers on the uneasy relationship between Yaichi, a single father raising his daughter Kana, and Mike Flanagan, who was married to Yaichi’s recently deceased (and estranged) gay twin brother, Ryoji. The work, which was originally serialized from 2014 to 2017 in Futabasha’s manga magazine Monthly Action, encourages consideration of exactly what makes a “family” in reserved Japan. To grow as a person and to keep a close connection with his daughter, Yaichi must display an openness that neither his conservative upbringing nor Japanese custom embrace.

The work is not super-stylized. This manga is nothing like, for example, the popular Cardcaptor Sakura series or Yotsuba&! where everything is cute, everyone is cute, and the story is not grounded in cultural or everyday reality. Nor is it like the romantic teen mangas such as Toradora! Instead, My Brother’s Husband is accessible to a wide audience through realism and scenarios that include the perspectives of a young girl and the adults involved. The art is manga-style, but rather than addressing the princess/fantasy/superhero subjects that most people recognize as manga content, the vignettes are about Japanese/Western cultural differences and practices, such as hugging, which is widely accepted in the West but not in Japan. Or they’re about Yaichi gradually realizing that one day, if his daughter turns out differently than he hopes — for instance, if she were gay — he would love her despite his own reservations about alternate lifestyles.

Changes afoot. Graphic novels and comic books remain popular in America, although that readership is changing. For instance, at Big Adventure Comics on Montezuma Avenue in Santa Fe, “people who come in the store are interested in manga,” says Joel Rivers, a cartoonist who was staffing the store when we stopped by. “Comic book readers are sophisticated story consumers, and manga is surprising and edgy to read.” Borders Books and Music, the retailer that had two branches in Santa Fe before it began closing stores in 2011, maintained shelves of manga and helped create a local interest in them. My own kids, and perhaps yours, spent plenty of time in those aisles. When Borders went out of business, Big Adventure stepped in to fill a need, Rivers says. Although he notes that “we still get the middle-aged guys who want to collect Spider-Man,” he says 12-year-old girls seem to be buying more comics, including manga, than anyone else. “Parents and teachers are looking to comics to wrench screens away from children.” Rivers adds that store owner Kevin Drennan maintains a successful comics shop when many others have failed because he has an informed, realistic view of what readers in Santa Fe actually want.

A look at family in Japan. Unfolding from the perspective of a loving Japanese father, My Brother’s Husband examines themes of homophobia, cultural differences, and family complexities, as well as gay marriage (not yet officially recognized in Japan) and the ways that quiet prejudice can be as harmful as brazen intolerance. One side benefit of reading this volume is that it provides a telling look at the largely still-closeted gay culture that exists in Japan. When Mike, the Canadian husband of the deceased brother, literally shows up on the doorstep of divorced father Yaichi and daughter Kana, the effects of Mike’s well-meaning but unassimilated-to-Japan presence on the pair is unsettling, sometimes in small ways and sometimes in large ways. It’s a stand-in, to some extent, for how Japanese culture is affected by the West, and perhaps for how the next generation in Japan might change preconceptions about and prejudices against LGBTQ life choices.

Changing dynamic. The characterization works best when young Kana is at the narrative center, in part because of her childlike openness. Yaichi, for example, is rigid in his ways and can’t seem to say what he thinks — and Kana can’t help but say what she thinks. When she speaks, it’s often with great feeling, expressed in a traditional melodramatic manga drawing style using exaggerated facial expressions. The tension generated by the changing father/daughter dynamic is the core energy that propels the story forward at a pleasing pace. It’s true that, at times, there is an element of exposition designed to reconcile LGBTQ matters for readers who do not accept gay relationships. As far as characterization, the weakest link in this regard may be Mike, as he initially seems little more than a hulking, good-hearted mensch. But he becomes less one-dimensional and more avuncular, particularly in relationship to Kana, as the story moves to its conclusion. The tale overall takes an earnest look at the relationship of two very different twin brothers and the way Yaichi’s own perception of that relationship must change if he is to accept his daughter’s fondness for his dead brother’s husband, and all that the acceptance entails. Tagame presents a touching portrayal of what family can be, and what it may need to become, with the young leading the way.

Unfolding from a loving Japanese father’s perspective, My Brother’s Husband examines themes of homophobia, cultural differences and family complexities, dealing with gay marriage (not yet officially recognized in Japan) and with the ways that quiet prejudice can be as harmful as brazen intolerance.