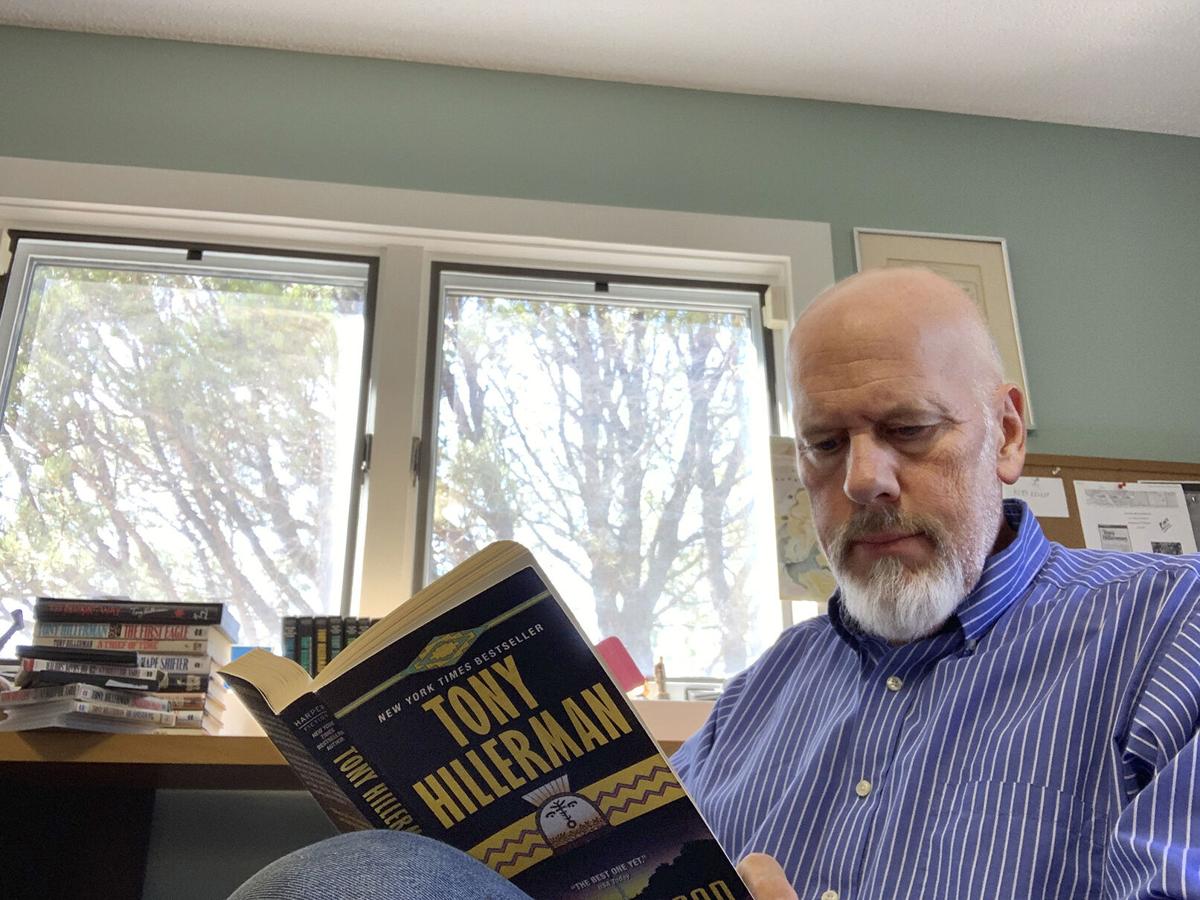 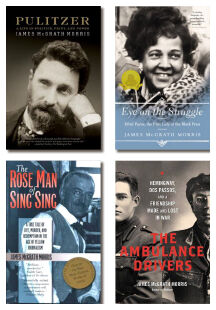 I asked biographer James McGrath Morris how best to interview him for a profile. Is it preferable to meet in person or get together over the phone or Zoom? He replied by saying that he wasn’t sure, since most of the people he writes about are long dead.

What Morris does know is that it helps to do a little research before you interview a living person. “It both compliments and assures the source that you’re serious if you know something about them,” Morris says. “Like with a writer, I might say, ‘I really like the way you did ‘x’ in such and such book.’ ”

So, here are a few things about Morris that I looked up before we spoke: He has written biographies on the lives of John Dos Passos, Ernest Hemingway, Ethel Payne, Joseph Pulitzer, and Tony Hillerman. The Hillerman book is due to be released by the University of Oklahoma Press in the fall of 2021. In addition to his writing, Morris founded the Biographers International Organization (BIO) and New Mexico Writers, two groups devoted to promoting authors.

“What I find so compelling about Morris’ biographies is that they go beyond the facts and incidents of a life to the heart and soul of it,” says writer Douglas Preston, author of The Lost City of the Monkey God and co-author, alongside Lincoln Child, of many mystery novels. “Sometimes that ‘heart and soul’ can be dark, like his portrayal of Hemingway in his fascinating book, The Ambulance Drivers. Or it can be gripping and complex, as in his epic biography of the brilliant and difficult Joseph Pulitzer. Morris goes deep, even while avoiding the pop psychology that sometimes mars biographical writing. I love his work.”

If there’s a commonality among the historical figures that Morris profiles, it’s their experience in journalism, and it’s not a coincidence that Morris himself worked as a reporter for years. In fact, Morris worked on the same Missouri beat that Pulitzer once filled. Morris also came across Hillerman while working in New Mexico. “I fled deadlines all my life,” Morris says. “I started off working for radio, which meant hourly deadlines. Then, I went to work for print which meant daily deadlines. Then, I went to work for magazines which meant monthly deadlines.”

It wasn’t the government pages or even the front page, that got Morris interested in biographies. It was the obituaries. “I became entranced as a teenager with obituaries, and I’ve always read obituaries, and if you think about them, they’re miniature biographies. They’re written at the end of somebody’s life, and they tell you why this is being written, and they tell you why this person is worth knowing about.” Morris has childhood memories of curling up in bed with a good obituary.

Morris kept his interest in obituaries even as he moved across the United States and the world because his father worked as a foreign service officer. He grew up in France, Belgium, and in Washington, D.C. Then, he went to boarding school in New England and upstate New York.

Morris went on to work in journalism in New Mexico, but he found the subject of his first book in Missouri. “I was a reporter in Missouri, and I used to walk by the state prison, and it was one of those state prisons built in the 19th century, huge stone-block prison,” Morris says. “I called up the warden, and I said I’d like to see the prison, and he said, surprisingly to me, sure come on over. So he gave me a tour, and while I was in there, I met two inmates who were running the prison newspaper.” Both men had violent pasts but were amenable to talking shop with Morris. Their conversations became the basis for the book Jailhouse Journalism: The Fourth Estate Behind Bars. First published in 1998, the book is still one of Morris’ most consequential because there aren’t many experts on the topic; Morris has frequently been called upon by news outlets and others for sound bites on the subject.

It was the success of his 2003 book, The Rose Man of Sing Sing: A True Tale of Life, Murder, and Redemption in the Age of Yellow Journalism, that set up Morris for his new life as a biographer. The book sold well and then the rights were optioned for film. The book also paved the way for Morris to get a contract with a major publisher for a biography of newspaper impresario Joseph Pulitzer. Morris points out that the advance payment for the book looked substantial on the surface but was ultimately equivalent to his salary as a teacher at the time, if you spread it out over four years. Still, the advance allowed Morris to travel the world for research.

Through travel, Morris gained familiarity with locations that added depth and color to his books. “Biographers parachute in like reporters, and we quickly look for authentic things that we can use to give our books local flavor. To describe what Santa Fe looked like in 1952 when Hillerman drove down the street. Or what the University of New Mexico looked like when he arrived on the campus,” Morris says. For his biography of Pulitzer, he traveled to France. While recently researching Hillerman, Morris went to Texas and Oklahoma.

Research travel also means trips to the archive. The University of New Mexico’s Hillerman collection made Morris’ current book possible. “This kind of writing is very much like one of Hillerman’s favorite hobbies. It’s fishing. I go to the archives and I open up box after box and file folder after file folder, and I have to do it very methodically,” Morris says. Among Hillerman’s papers, Morris found great nuggets, such as early letters between Hillerman and his book editor.

Hillerman, the celebrated author of mystery novels that take place around the Navajo Nation, was otherwise a unique subject for Morris. “It’s different, in part because I’m trying to make a case for something. When I wrote a book about Hemingway and Dos Passos — although most people have forgotten Dos Passos — I wasn’t trying to prove anything beyond the significance of their friendship and how it influenced literature. With Hillerman, I’m trying to make a case that what he did was far more significant than write mystery novels, and it’s unrecognized. What he did was he used the genre of mystery writing to solve the mystery of Navajos worldwide.”

Hillerman’s achievements, though, also present problems. “The whole issue of cultural appropriation,” Morris says. “Whether he was making millions of dollars on things that didn’t belong to him.” It’s a quandary that Morris can relate to. He has also written about people from different ethnic and class origins.

“I confronted that writing a book about a Black, female civil rights reporter. I’m White, and I grew up in relative privilege. Ethel Payne grew up in Southside Chicago and is Black. I had to deal a lot with the issues of my craft of biography. Is that an appropriate thing for me to do? Is it OK for me to do? What are the limitations about it?” Morris says. He wrote the book fully aware that his version of Payne’s biography might well be different from one written by a person of color.

Writing about someone from a different background and different lived experience can be part of the pleasure of biography, as long as they’re fascinating. Finding the right subject is central to the success of the project. “To begin with, it has to be someone who interests you and to say to yourself — or, in my case, my wife — ‘this is someone I’m going to spend the next three years with,’” Morris says. “You live with someone else’s life. My wife has described living with me as living in a ménage-à-trois.” Morris hasn’t always seen eye-to-eye with his subject, but he is always captivated by them. ◀