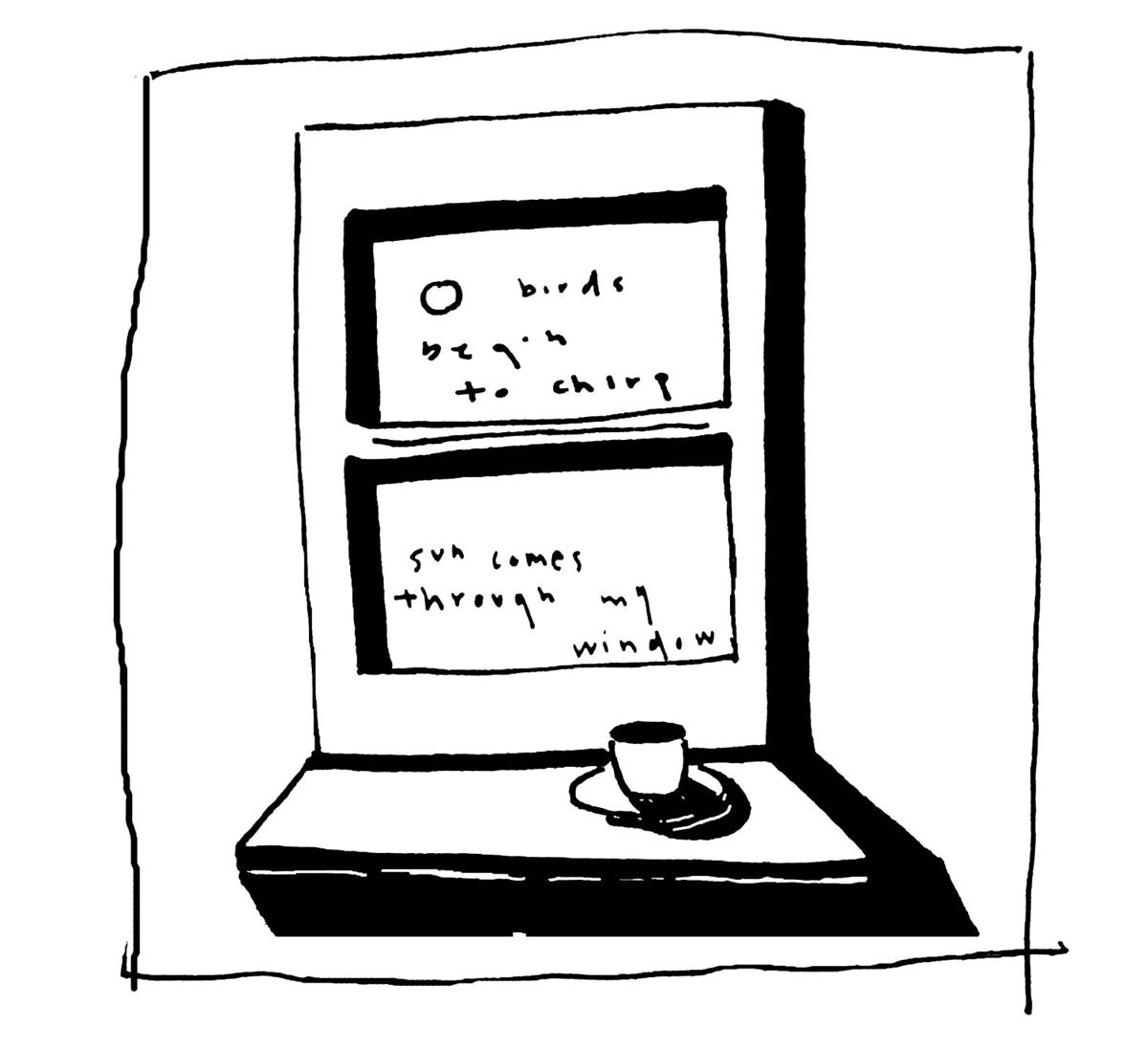 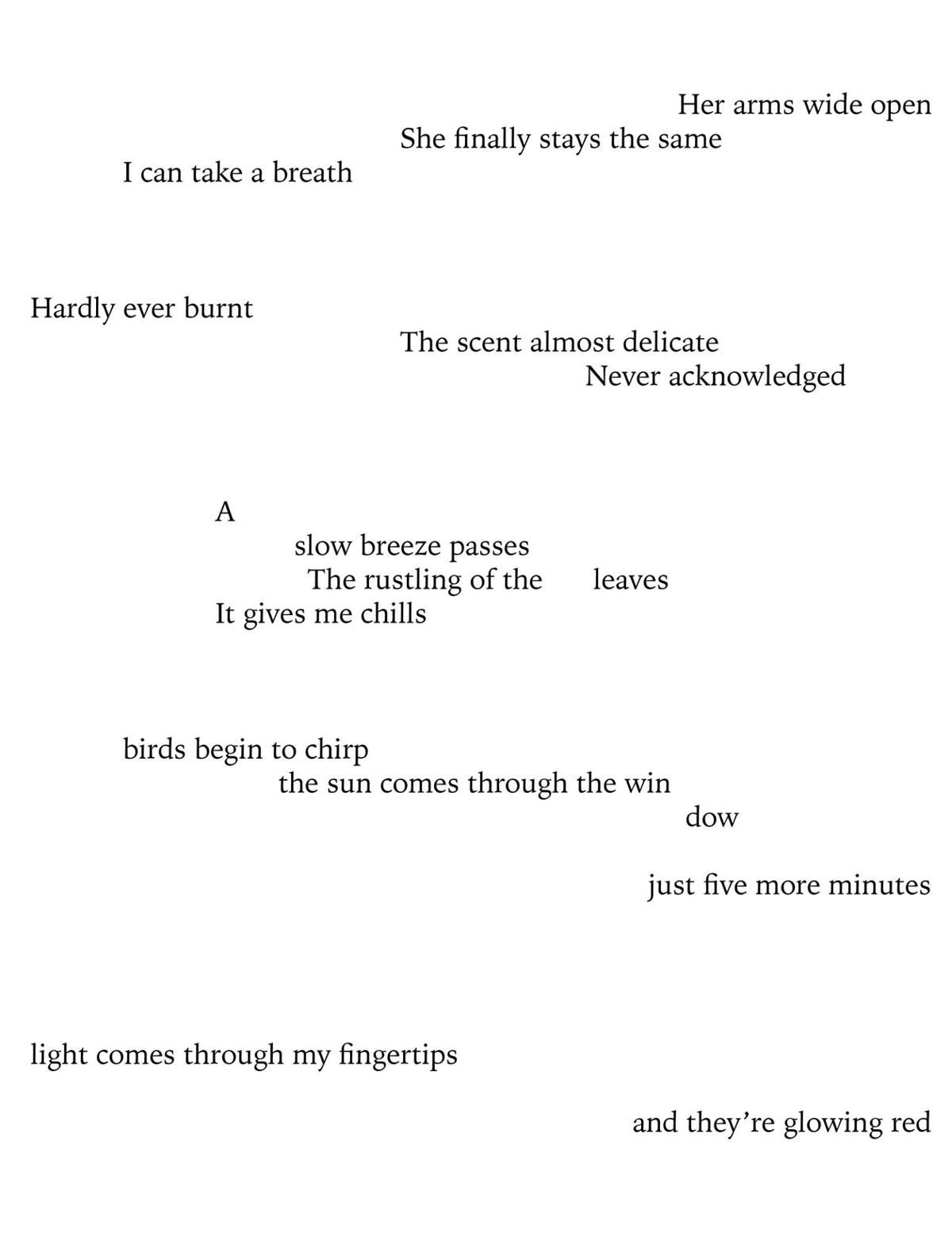 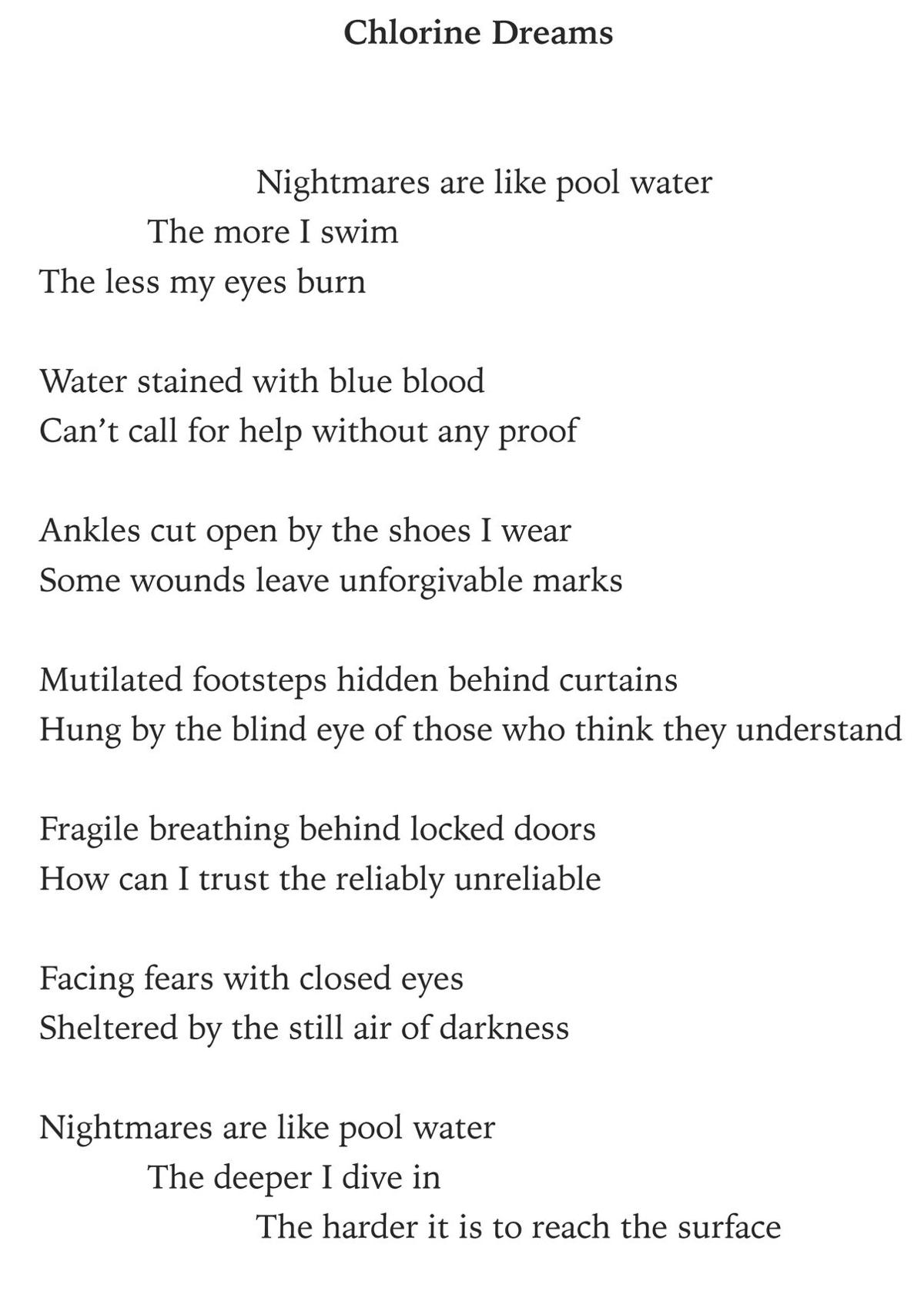 It was spring, and everyone was supposed to be together, writing. There was a big grant and a plan: Poetry workshops with the poet laureate, an anthology of writing by Santa Fe teenagers, and an exhibition at an art gallery. But then people started getting sick, and it all changed.

Pretty much everything was being done online. Santa Fe Poet Laureate Elizabeth Jacobson shared love poems and odes in Zoom workshops. Sometimes, she held class in the park. Then the students wrote their own — about their cats, about candles, about birds and sorrow, about stuff they couldn’t even explain — and brought them back for critique.

“It was disheartening not to work in person with the majority of the students involved in this project,” Jacobson says. “Often, during a Zoom session, I would see only a mouth or an eyeball. But I think the project was gratifying and supportive for them during this isolating time.”

Now there’s a book, Everything Feels Recent When You’re Far Away: Poetry and Art from Santa Fe Youth During the Pandemic, with writing by 48 students. It costs $14 and it’s available at axleart.com and Collected Works Bookstore. At least a dozen poets read from the anthology at 6 p.m., on Friday, April 23, on Zoom.

Three poems from the anthology are reprinted here. Of the works selected, Jacobson says, “We chose the line ‘everything feels recent when you’re far away’ from Lesly Esparza’s poem, ‘Incense,’ for the title of the anthology. It evokes sights, scents, and moods which feel prevalent to many of us during the pandemic. There is irony in these lines: ‘The more I swim/The less my eyes burn,’ from Samuel Johnston’s poem, ‘Chlorine Dreams’ ... [and] moments of eerie stillness in Macaila Armijo’s untitled poem. All are expressions of what is becoming a new genre: pandemic art.”

But the project was about so much more than poetry. After they finished writing, students created accompanying illustrations, following video instruction by Matthew Chase-Daniel and Jerry Wellman of the mobile art gallery, Axle Contemporary. They then transferred the illustrations to transparencies so they could screen-print them onto T-shirts. Originally, everyone was going to learn how to do this themselves, at Youthworks, where there’s a community screen-printing facility. But no one could go anywhere because of social distancing. So David Sloan, the artist who runs the shop, printed all the T-shirts and sent them to the students.

“I think getting something in the mail — a real object, handed to you — is a real rare and wonderful thing when we’re all living on our computer screens,” Chase-Daniel says. “Doing this during the pandemic took a lot of flexibility on everyone’s part. The shutdown was really hard for students. That we were able to adjust this project, and make it different from their regular schoolwork, was a real gift that we were able to give them.”

The youth poetry project was funded by a $50,000 Poets Laureate Fellowship from the Academy of American Poets. That organization also provided a $10,000 cash grant to Youthworks after the Santa Fe nonprofit pledged to donate $10,000 of goods and services. Chase-Daniel and Wellman headed up the project’s final components: Publishing the anthology and printing the illustrations as large broadsides. The broadsides adorn the outside of the Axle Contemporary van, and the railing of the Railyard Performance Center, in an exhibition opening on April 30. ◀

Group reading from Everything Feels Recent When You’re Far Away: Poetry and Art from Santa Fe Youth During the Pandemic