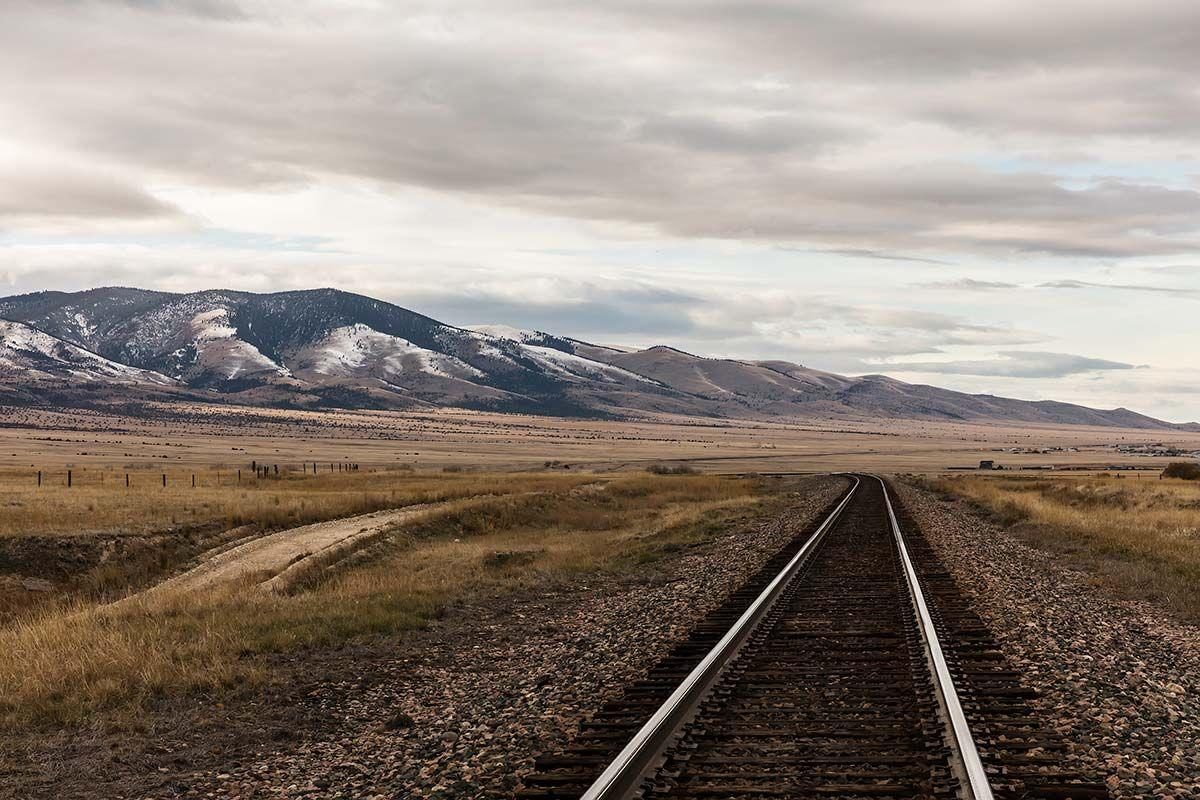 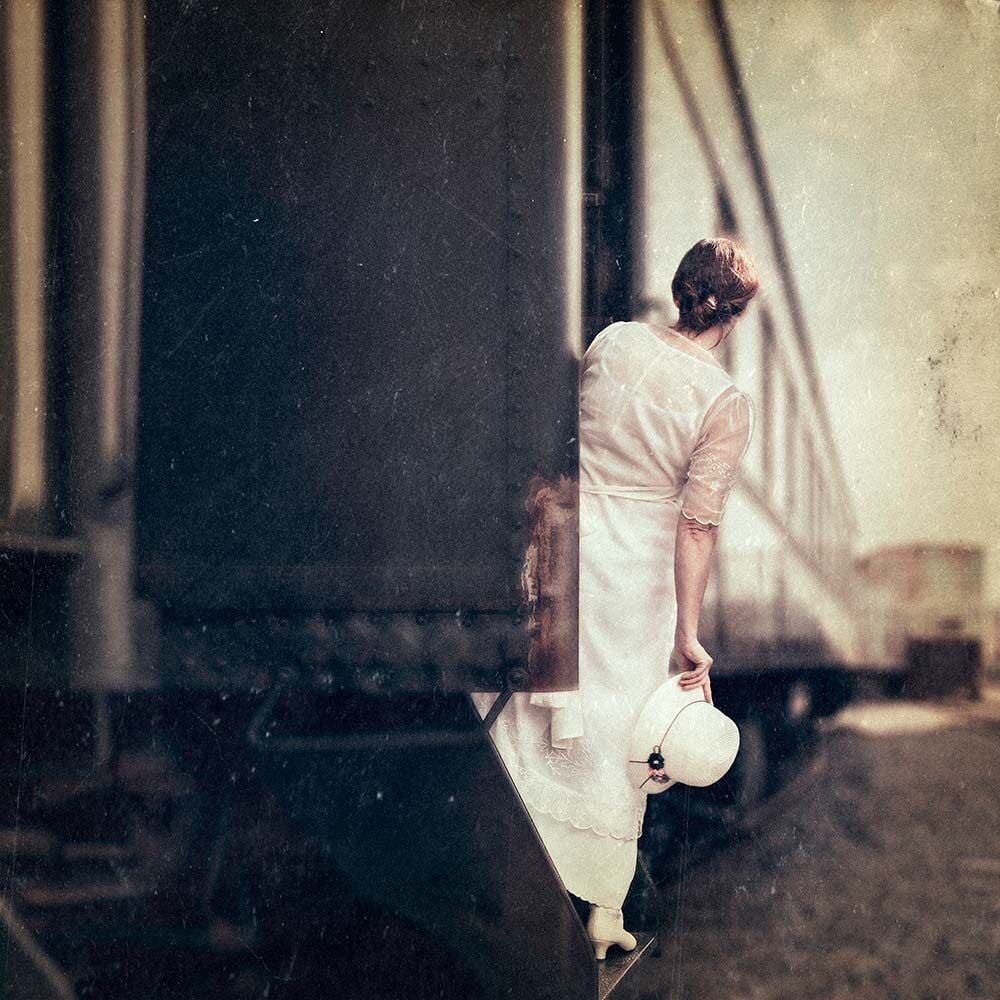 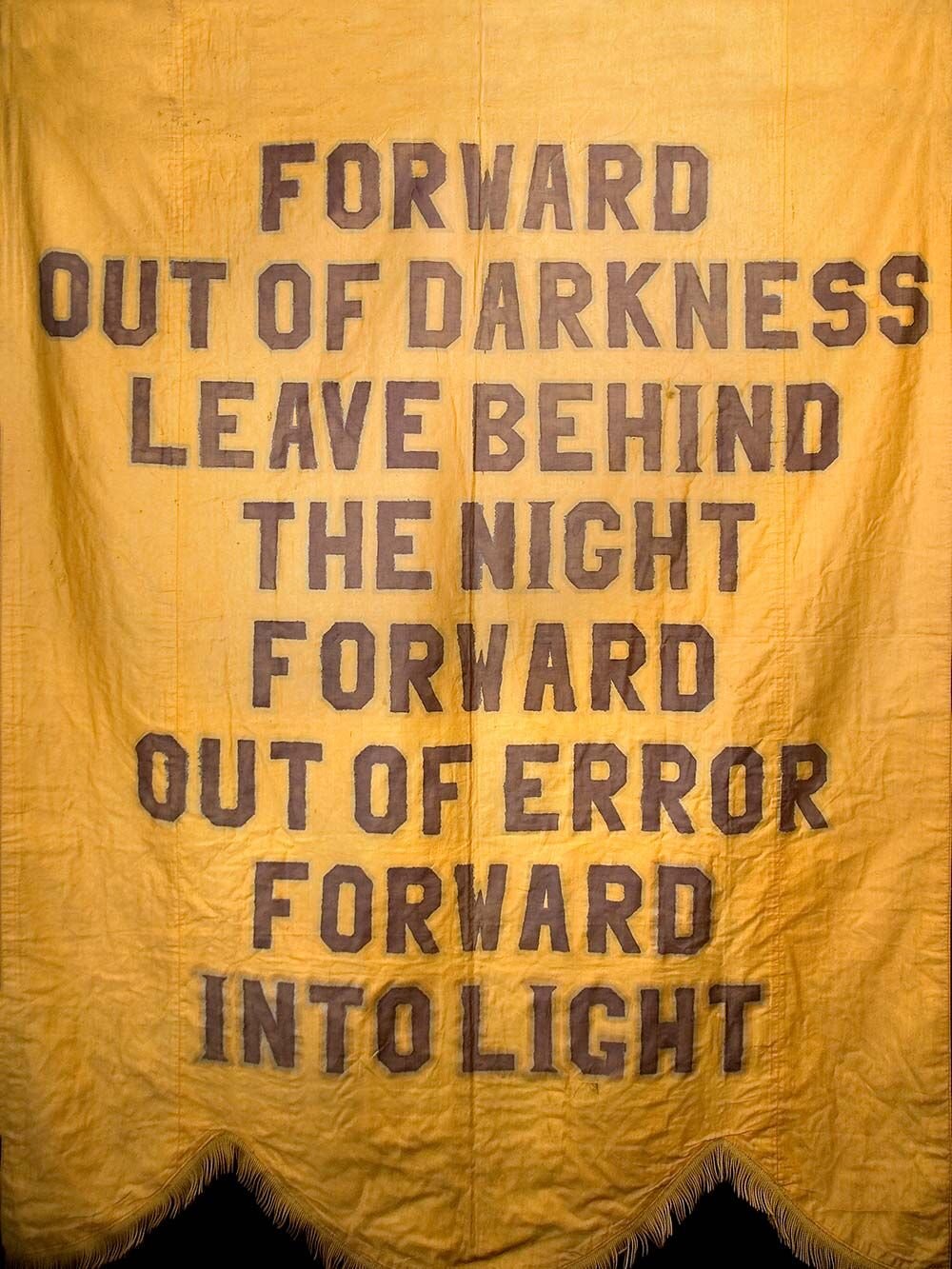 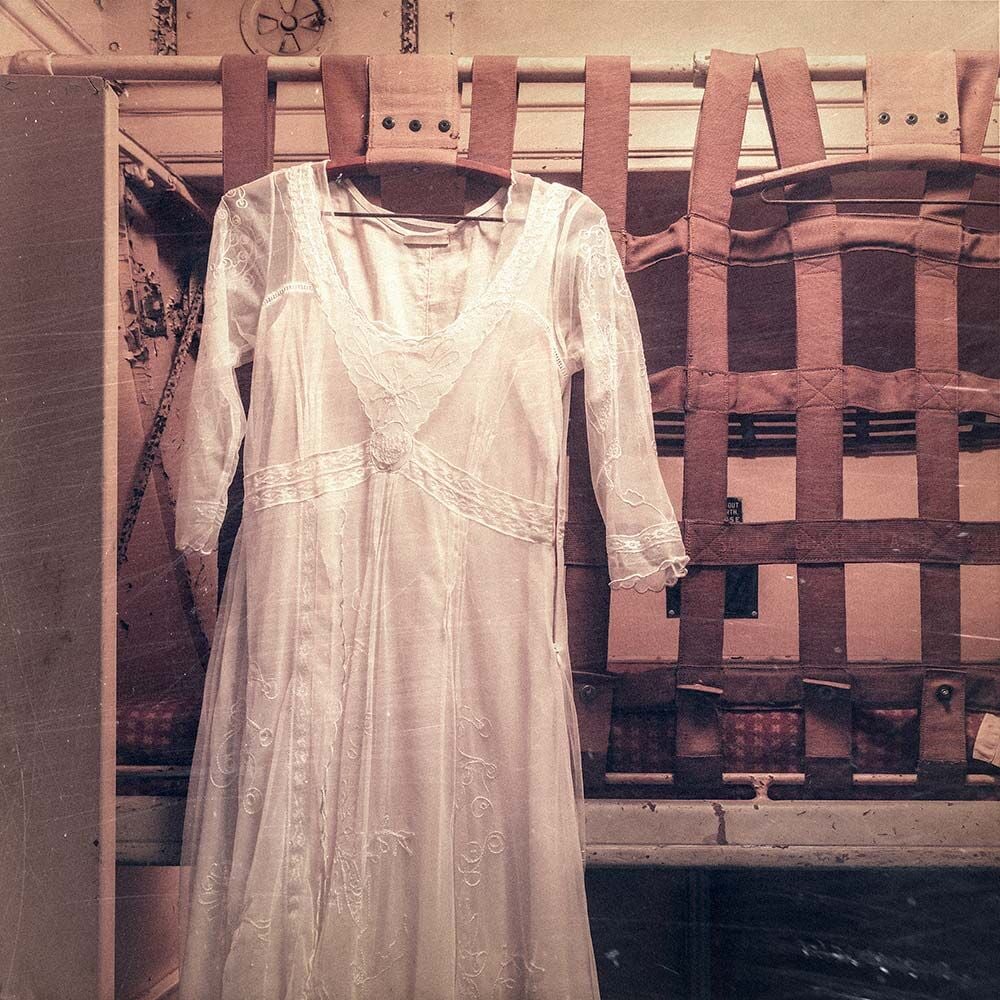 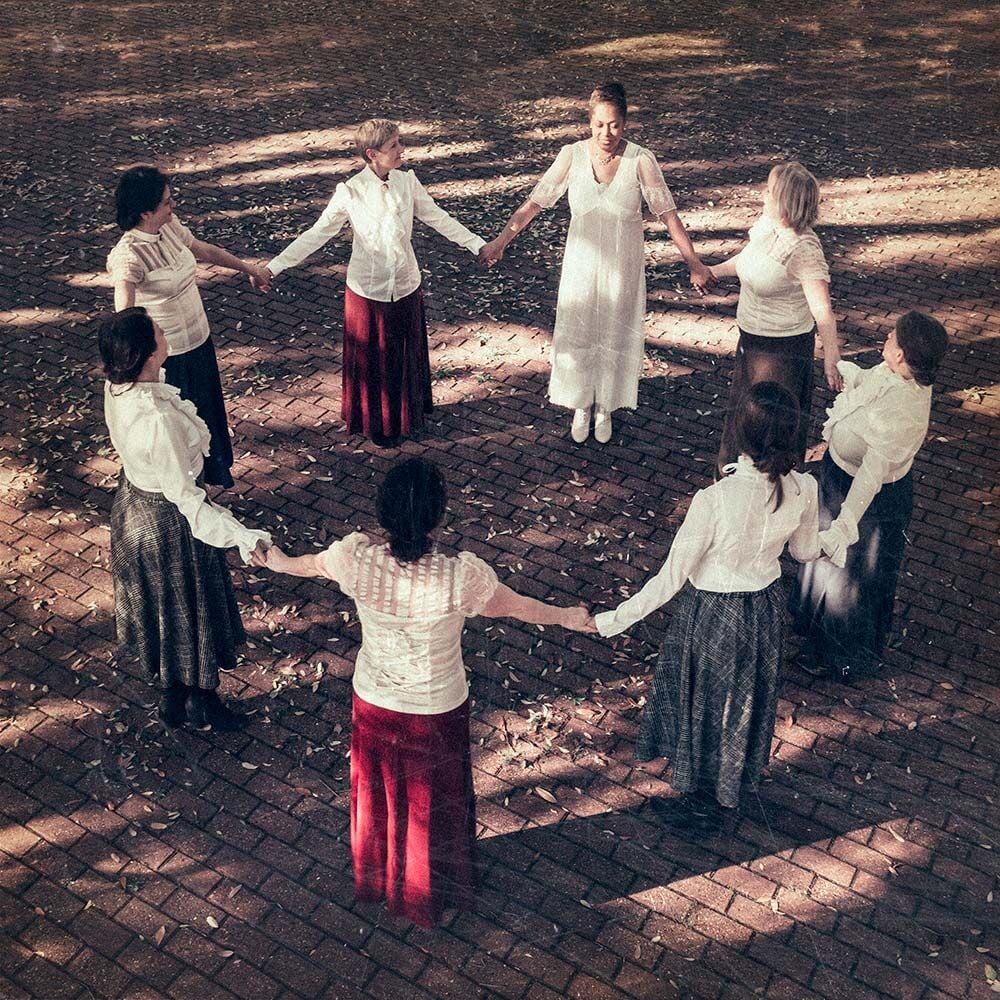 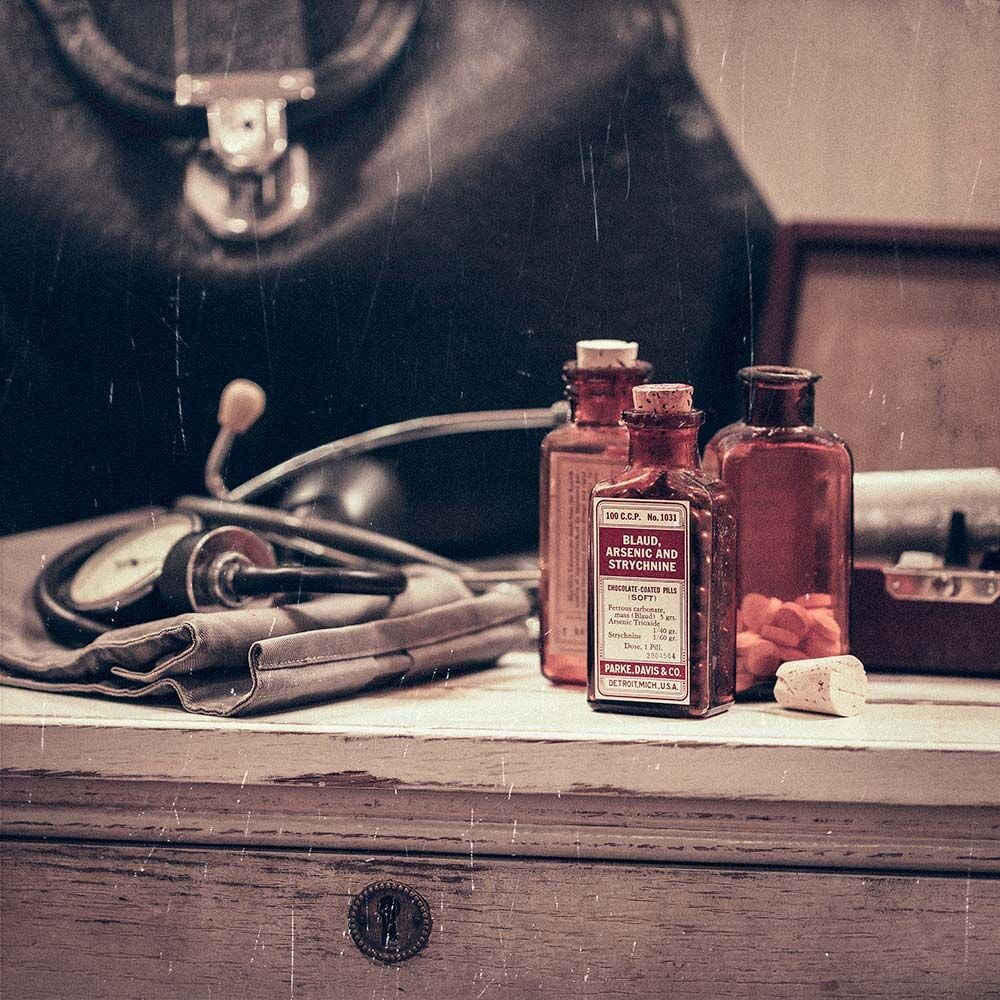 Inez Milholland fought for women’s voting rights until her dying breath. In the fall of 1916, the famous suffragist and labor lawyer took a train trip from New York westward, to the states where White women could already vote. Milholland was part of a larger campaign organized by Alice Paul, one of the leaders of the National American Woman Suffrage Association, to show Woodrow Wilson that women’s ballots mattered — by voting against him.

“Knowing that their efforts would not likely change the outcome of the election, they nonetheless wanted to ensure that President Wilson would not win on account of women’s votes in the suffrage states. The goal was to force him to acknowledge the bloc of Western women who would vote to stand together with their unenfranchised sisters in the East, and in turn live up to his democratic ideals by passing a national suffrage amendment in his next term,” Dallas-based activist-artist Jeanine Michna-Bales writes in the forward to Standing Together: Inez Milholland’s Final Campaign for Women’s Suffrage (MW Editions, 216 pages, $45), a book of photographs and ephemera that creatively documents Milholland’s last weeks of life.

Jeanine Michna-Bales: Standing Together, Inez Milholland’s Final Campaign for Women’s Suffrage opens at Photographs Do Not Bend Gallery, in Dallas, on Friday, Aug. 28.

Milholland was born in New York in 1886 and grew up in New York and London. Her parents were politically and socially active. Her father, John Milholland, was a journalist, entrepreneur, and the first treasurer of the NAACP. Michna-Boles says Milholland grew up listening to her parents and their friends discuss progressive social reform and civil rights. She got involved in suffrage as a college student at Vassar, and admired the more radical efforts of the British movement in comparison with the much quieter activism in the United States.

In 1913, Milholland helped organize the suffrage march in Washington D.C., leading the parade from atop a white horse, while wearing a flowing white gown. It was the same parade at which Paul asked Black suffragists to march at the back, rather than with their state delegations, which the journalist Ida B. Wells refused to do. (She marched arm-in-arm with her White cohorts from Illinois.)

On her 1916 journey, Milholland delivered approximately 50 speeches in 21 days, in Wyoming, Idaho, Oregon, Washington, Montana, Utah, Nevada, and California. She fought illness the entire way, and on Oct. 19, she collapsed on stage in Los Angeles while speaking to standing-room-only crowd. Her death, 10 weeks later, was attributed to pernicious anemia. She was 30 years old.

Michna-Bales retraces Milholland’s trip in her book, photographing scenic but desolate landscapes from the window of a moving train. She captures some of the stations, hotels, and other sites at which Milholland spoke, still in existence more than a century later, and re-imagines other settings. Vintage news clippings indicate how Milholland’s speeches were anticipated and received, and bits and pieces from letters to her husband are interspersed throughout. She also uses models in period dress to imagine some of the crowds, car trips, and other moments Milholland experienced. Some of these photographs include models of various ages and races, who Michna-Bales says stand-in for Milholland and are symbolic of her efforts to make a better world for everyone.

Although she offers no documentation, Michna-Bales believes that, due to her upbringing, Milholland would have been “adamantly against” Paul’s actions in the 1913 parade, which are now widely considered racist. “Paul originally invited the Alpha Suffrage Club, that had Ida B. Wells as part of it, to come march in the parade. She got backlash [from Southern suffragists] for that. She ended up making a bad decision by listening to that backlash. It was big, huge, problem,” she says. “Today, celebrating the 19th amendment is a racially divided thing as well. The 19th amendment didn’t bring people of color of Indigenous people the right to vote.”

Women fought for their legal right to vote for more than 70 years before ratification of the 19th amendment in 1920. Despite their ongoing efforts and piecemeal legislation, Black and Indigenous women didn’t truly earn the same right until passage of the Voting Rights Act in 1965. But many people don’t learn much about suffrage in school, and the country doesn’t celebrate the achievements of these important women with a national holiday. We should, Michna-Bales says, especially with recent state-focused roll-backs to voting rights since the 2020 election.

“It is clear we still have work to do,” she writes. “And as Inez would have wished, I truly hope that we all continue to stand together, shoulder to shoulder, using our voices with courage and devotion as we move ‘forward out of error’ and ‘forward into light.’” ◀

“A friend and I took an overnight train from Salt Lake City to Sacramento, a 13-hour trip. You’re going through passes, things are dinging, train horns are going off. Your body is constantly rocking. We barely slept. Alice Paul sent hundreds of women to the Western states on this campaign, and scheduled them no time to sleep. They were on the trains overnight. They gave three to four speeches a day. One of the speakers was Harriet Stanton Blatch, Elizabeth Cady Stanton’s daughter, who was in her 60s. She had to quit after a few months. Other women got sick and quit as well.”

“On the first leg of the trip, Inez and her sister, Vida, took a 17-hour train ride from New York to Chicago. Inez felt terrible. That’s when she saw one of the first doctors. On the next leg, from Chicago to Cheyenne, Vida arranged for them to get into someone’s private car, and then the press had a huge backlash on that, so after that, they couldn’t do that anymore. Vida had sciatica and she was having to drag their trunks because Inez couldn’t do it.”

“Inez was considered what they called the New Woman. She was beautiful, outgoing, flirtatious, but she was also trying to really change things. She shared a radical vision of what suffrage could be with the British suffragettes, and she brought that to the American scene. On the campaign trail, she wore a white dress. In one of the margins of her letters, she writes that it’s important that her dress is just right. They actually sent a seamstress to repair it along the way, because she was wearing it so much.”

“I read somewhere that Inez had pernicious anemia while she was on the campaign trail. She also developed tonsillitis and strep throat. The tonsillitis was so bad that doctors wanted to operate immediately, but she wanted to keep going. Doctors were prescribing her arsenic and iron. She was personally doubling and tripling her dose to keep going. Knowing what was coming, it was really sad to read her letters to her husband. She said she was feeling better and that they were going to have a kid when she got back.”

“I feel like Inez and her fellow suffragists gave all women the right to vote. Maybe the 19th amendment didn’t achieve this, but we still kept fighting and kept trying. I wanted to make sure that it wasn’t just one white woman pictured as a champion for suffrage. I tried to bring in different ages and races and nationalities to represent Inez, and have different women stand in for her. ‘We Will Not Fall Down’ was kind trying to show a diverse group of people coming together for the possibility of a better future.”

“I came across the suffrage movement through the anti-slavery movement. Some of the key players from the anti-slavery movement had gone over to Britain to participate in this huge anti-slavery meeting, but they were female, and they were barred from entering the meeting. But I think what hooked me is that there’s a banner that Inez carried, on which the last line is “forward into light.” My previous book was called Through Darkness into Light, so I took this a sign that Inez was going to be the person I was going to follow. I started researching her.”