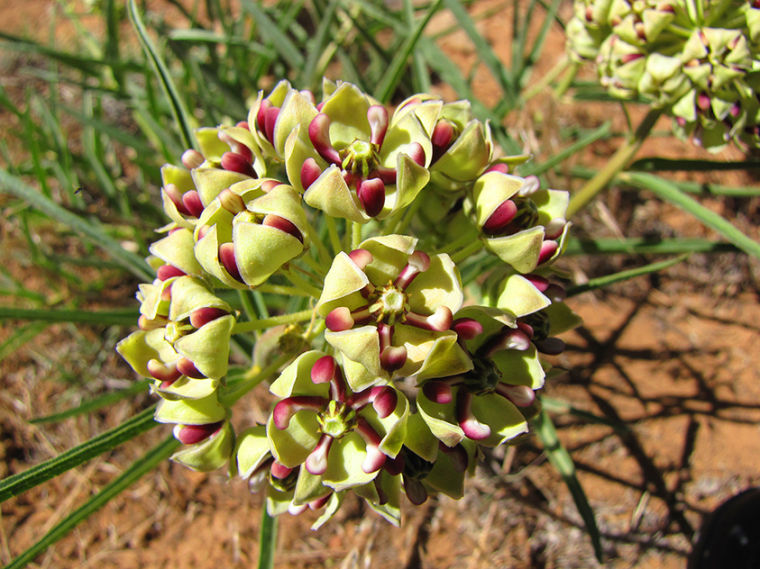 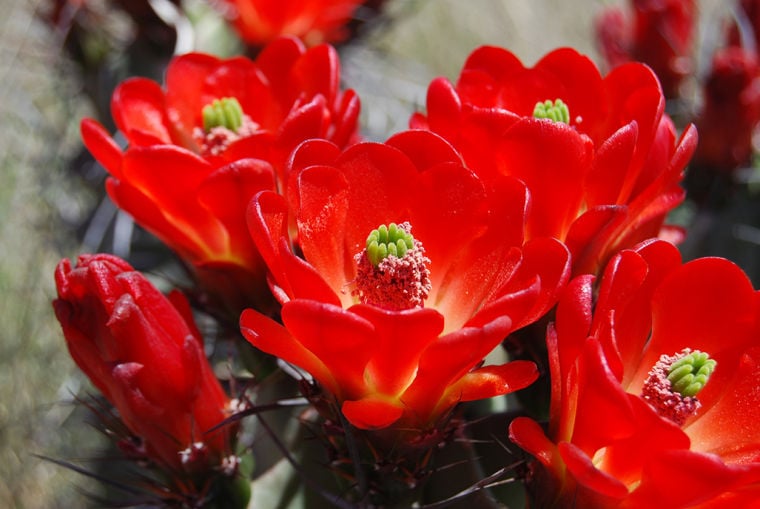 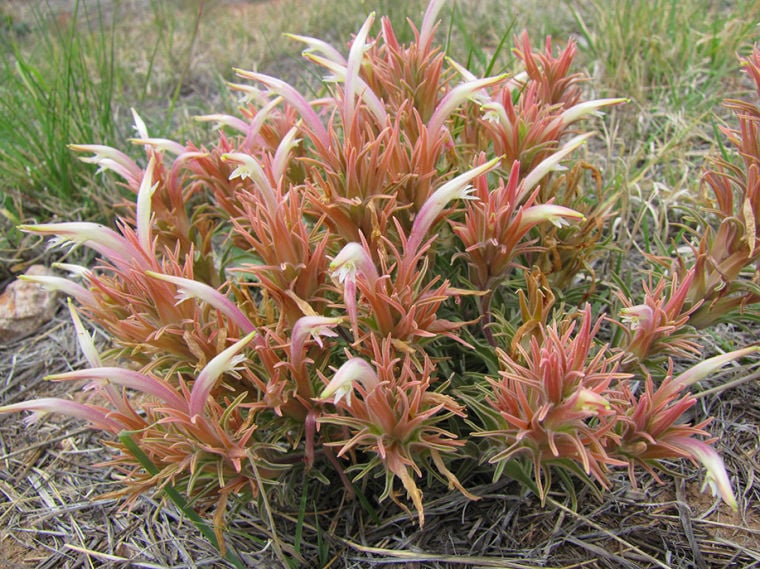 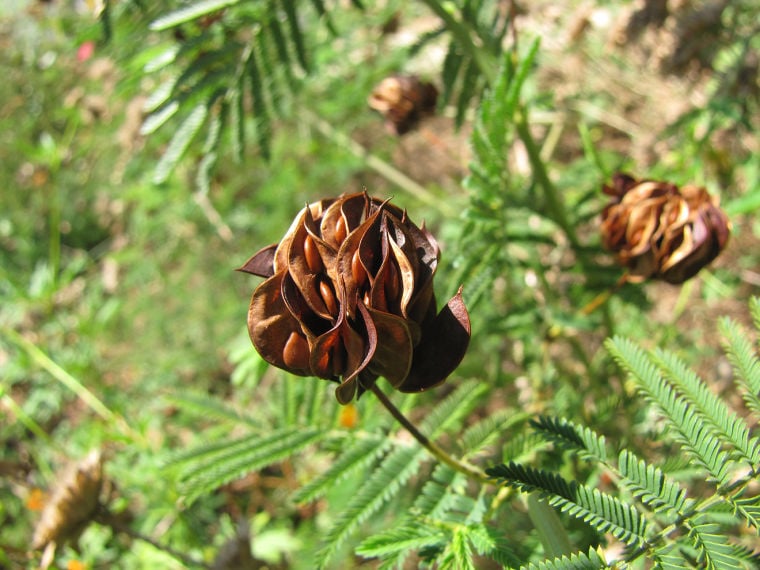 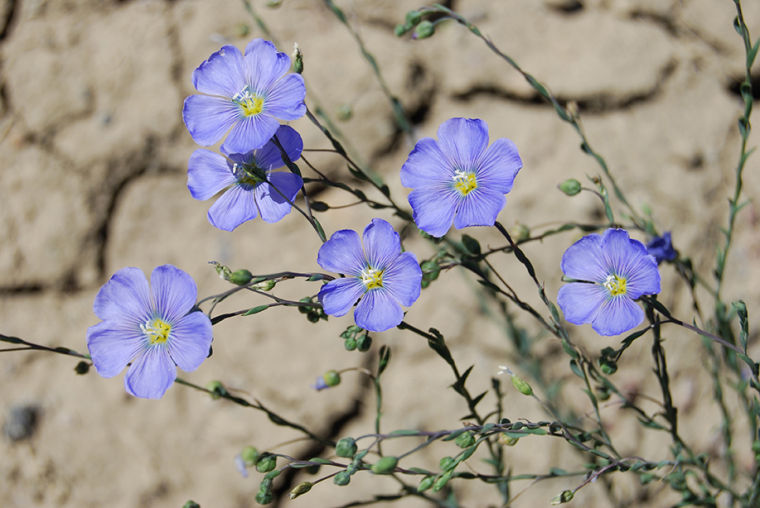 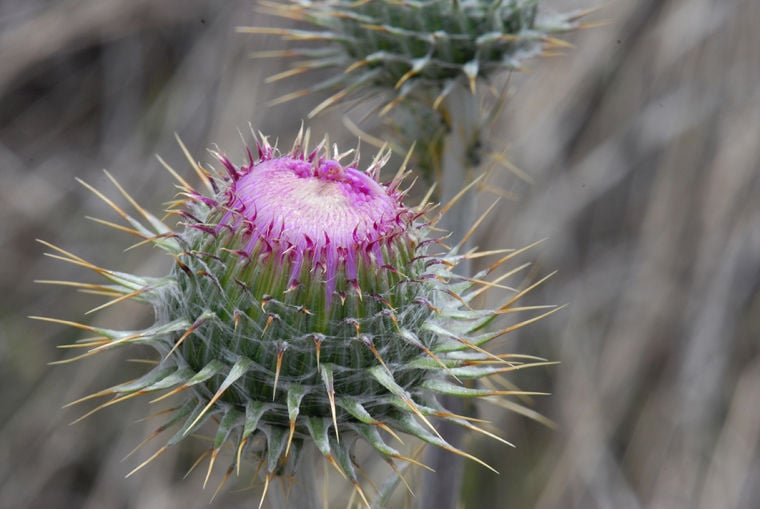 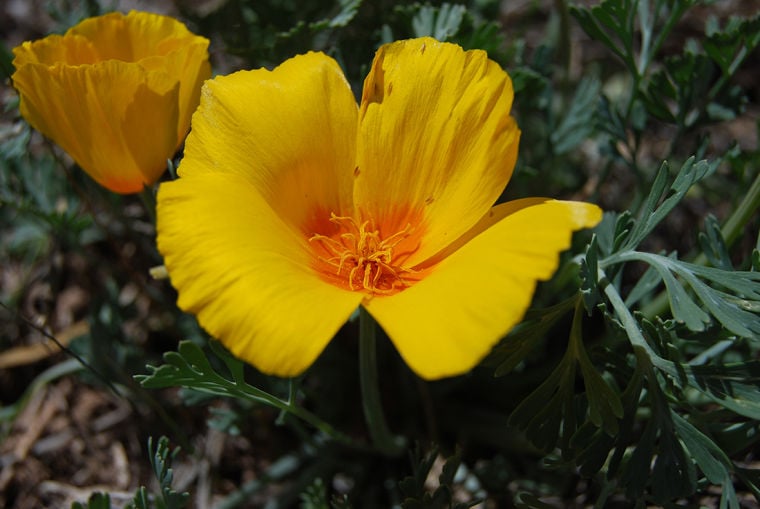 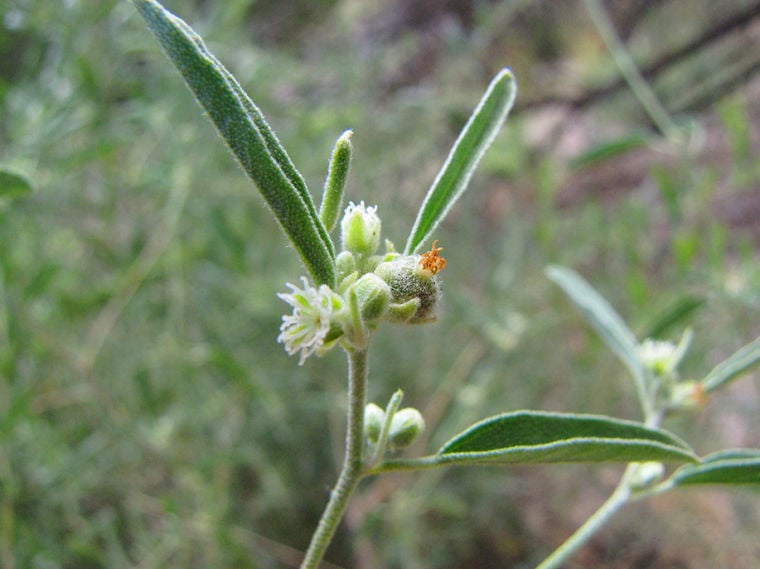 Piñon nuts are yummy and high in protein and fiber, but the piñon tree has all kinds of other uses, as readers will find by perusing the new book Land of Enchantment Wildflowers: A Guide to the Plants of New Mexico (Texas Tech University Press). Native people chewed piñon-tree sap to relieve congestion and inhaled the vapor of burning sap to clear the respiratory passages. The sap was also used to treat cuts and sores and was dissolved in hot water and quaffed to eliminate parasites. Piñon pitch was employed as a sealant on baskets and pottery, as a glue to attach feathers to arrow shafts and turquoise to silver, and as waterproofing for moccasins.

This multidimensional nature of a common plant is not exceptional. The book, which features 456 color photos by authors Willa F. Finley and LaShara J. Nieland, is full of similar examples. Here’s another one, about the lowly horsetail or scouring rush. Many have heard about the reason for that second common name: pioneers used the silica-strong stems to scrub pots and pans. But the writers say they have also been used to polish bone and wood pieces, in lotions for aching backs, in extracts said to help with urinary and prostate problems, to help repair damaged lung tissue, to alleviate edema, and to reduce the pain of rheumatism.

This is the authors’ second book; their first, Lone Star Wildflowers, was published five years ago. “The most fun thing about the New Mexico book was because of the really vibrant Native American population in New Mexico and the fact that the people still use the plants in so many ways that date back thousands of years,” Nieland said in an interview from her home in Abilene. “In Texas we don’t really have that, so all the uses we discovered came out of research, and we wrote about them in the past tense.

“One person who was very helpful was Arnold Clifford. He’s a Navajo man who is a botanist and is also knowledgeable in natural healing, which he learned from his grandparents. He would go out with Willa and me on his tribal lands pointing out the different plants. He’d just look around and say every one of these plants has so many uses.”

Finley said the idea for both books came out of a classroom setting. “We used this material to teach about wildflowers in our biology classes in Odessa — LaShara teaching junior high and I in secondary school. From there we thought we could offer it to a wider audience.”

Finley, a native of Floydada, Texas, has a Ph.D. in plant genetics from the University of Nebraska. She has worked for many years in Africa and the Middle East, both in agribusiness and agriculture research, and was senior researcher in agricultural economics for the Oxford, England, company LMC International. She recently worked on agricultural development projects that helped improve the lives of impoverished women in Africa.

Nieland, a native of Big Spring, Texas, grew up taking trips to New Mexico with her father, who nurtured in her a deep appreciation of the Native American cultures of the state. She went on to earn bachelor’s and master’s degrees at Abilene Christian University and to teach school for 27 years.

She and Finley worked as a team on the book projects. “We both took photos — all of our photo trips we did together, we sat down to edit our photos together — and we also did the research and writing together,” Finley said. Their investigations included searching out native-plant essentials and making all the information digestible. “There’s a lot of information out there, but it’s not all user friendly. Some of the material is over a hundred years old, so it was putting that into modern context and language.”

In the book’s entry about water hemlock, the authors warn about its deadly properties and its similarity to other carrot-family plants, some of which have edible parts, but they make no mention of the family member named osha, which grows in New Mexico and has a long history of medicinal use. In fact, the two chose to highlight only about 200 of the state’s 4,000 plant species. Finley said they had no intention of covering all the plants one finds in New Mexico. “The book would be too large to be user friendly, especially as a field guide, and it would be a lot more expensive.”

In good field-guide style, the plants are grouped according to flower color. In several ways, though, the book offers more than other guides: it has more detail on human uses past and present, and it’s peppered with pictures of plant-based technologies like rope- and sandal-making. The authors did not avoid photographing flowers with insects on them; rather, they emphasize such natural associations. Along the way, they identify dozens of moths and butterflies and describe their interactions with specific plants — for example, the relationship between sphinx moths and the desert four o’clock.

Humor is not absent from the book. In their discussion of golden crownbeard, which sometimes turns large areas around Santa Fe yellow in the fall, the authors inform the reader that its other nickname, cowpen daisy, derives “from its habit of growing in disturbed areas such as livestock enclosures, railroad rights-of-way, and roadsides, as well as from the ‘eau de bovine’ scent released when the leaves are rubbed.”

As may be guessed, one of the best parts of working on this book was the time the authors spent tramping across New Mexico. Another high point for Nieland was discovering things to tell her students. “The idea for this book goes way back, when I’d try to make my lessons more interesting, and I’d research the plants we would talk about in class. The kids kept telling me I ought to write a book. That was the encouragement, but for a long time I didn’t have the guts. It’s hard to do something like this by yourself, but when you have a friend with you, it adds a whole new layer of comradeship and fun to what would have been an overwhelming task. It took us 10 years to do the Texas book. It was a whole lot more work than either of us dreamed, but it was also more rewarding.”

When they were working on the New Mexico book, Nieland had retired, so she had more time to devote to it, as did Finley, because of her business circumstances. The new book took less than five years to complete.

Asked about favorite plants, Nieland laughed. “That’s like asking if I have a favorite child. But one would be your state flower, the yucca, because, literally, you can practically live off that plant. The flowers and seed pods have been important food sources through the centuries. Also, the roots for shampoo and laundering clothes and the leaf tea for stomach ills and then the fiber used for baskets and ropes and nets and sandals.”

One that Finley mentioned was the four-wing saltbush. This common shrub of saline soils and other inhospitable environments has served as a source of food and an agent for nixtamalization, the corn-preparation process that maximizes corn’s nutritional value. Poultices were made of it by the Jemez people for ant bite and by the Navajo for toothache. Saltbush is also good for respiratory ailments, for washing hair, and for cleansing itchy rashes, such as those from chickenpox and measles.

“It is a fabulously interesting plant, and it’s just so ordinary looking,” Finley said. “That’s another cool thing — that some of these don’t attract your attention as being beautiful or whatever, but they have such an interesting range of properties and uses.” ◀

“Land of Enchantment Wildflowers: A Guide to the Plants of New Mexico” by Willa F. Finley and LaShara J. Nieland is published by Texas Tech University Press.