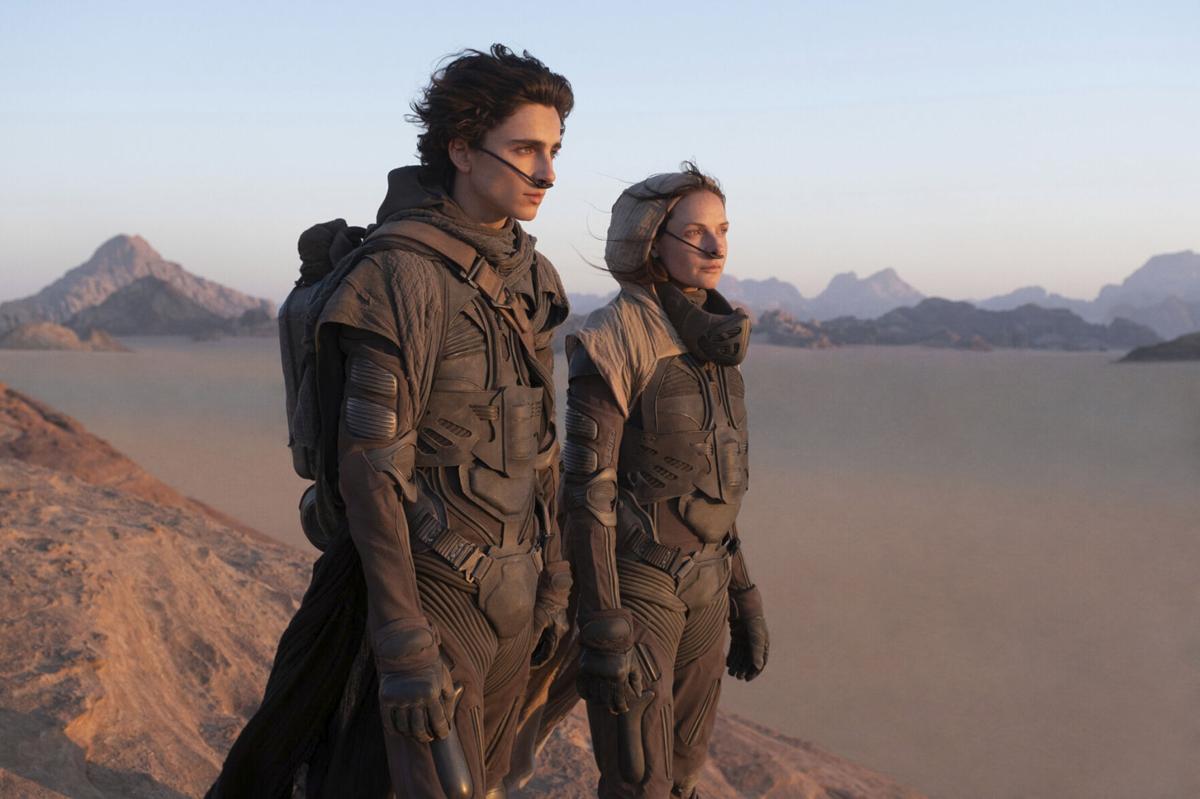 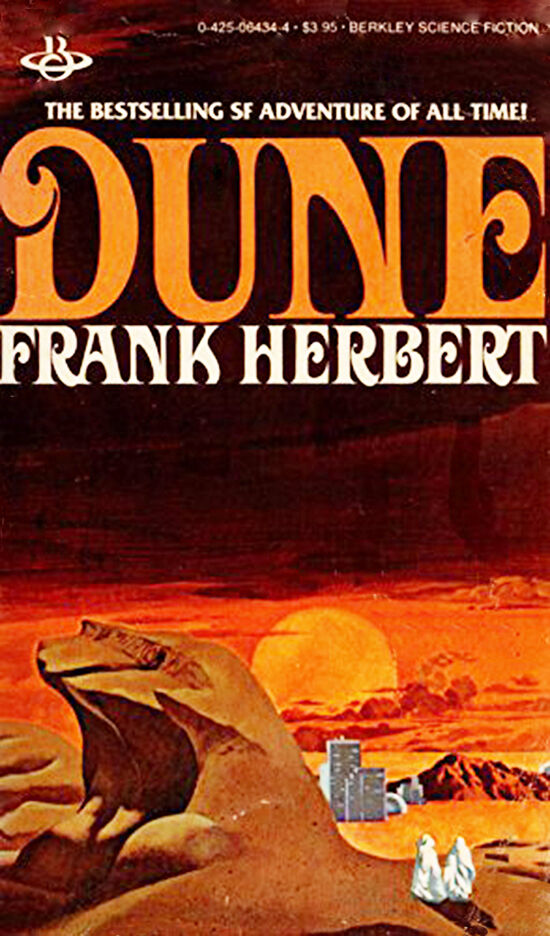 In the spring of 1984, the American Booksellers Association held its annual convention here in Washington. One evening, Book World — The Washington Post’s then stand-alone literary supplement — hosted a cocktail party on the roof of the paper’s now demolished headquarters at 15th and L streets NW. As I wandered around, doing my feeble best to be sociable, I noticed one gentleman standing alone, looking a bit overwhelmed but also vaguely familiar. It was Frank Herbert, whom I didn’t at first recognize because he had recently shaved off his iconic beard.

At that point I simply abandoned my attempts at glad-handing. Over the next hour Herbert and I sat in the fading sunshine and talked and talked, though only a little about Dune because our conversation kept drifting back to Jack Vance, Herbert’s good friend and probably the most imaginative world-builder in postwar science fiction. That conversation led me to suspect that Dune was, in part, Herbert’s attempt to rival Vance by envisioning every aspect of an alien civilization, including its people’s clothing, cultural traditions, and religious rituals.

For those who don’t know anything about Dune, whether the new film by Denis Villeneuve or the classic novel first published in 1965, let me just say that the title refers to the desert world Arrakis, which produces “spice,” a psychotropic drug essential to space travel and a source of almost unimaginable wealth for its supplier. The book’s plot — to which the new film sticks closely — features a galactic empire riven by intrigue, a shadowy sisterhood called the Bene Gesserit, gigantic sandworms that surface from underground like Moby-Dick rising from the deep, subtle political maneuverings and shocking betrayals, a native population called the Fremen who await a promised messiah, and, not least, the young Paul Atreides, who is troubled by strange dreams and, perhaps, an even stranger destiny. Overall, the “good” characters are preternaturally gifted, some with witchy mental powers, others with samurai-like fighting skills, while the “bad” are obscene monsters of sadism, greed, and ambition.

As a hotshot young editor back in 1984, I didn’t allow many weeks to go by before phoning my new buddy to see if he would review a book. Given that David Lynch’s then much-anticipated film of Dune hadn’t yet been released but was already in the news, I asked Herbert to write about a splashy, comparably promoted fantasy novel, Stephen King and Peter Straub’s The Talisman. In the end, he didn’t much like it, not that this mattered. Just getting Herbert to review it was a minor coup, and we featured his piece on the front of Book World.

In December 1984, I attended the premiere of Lynch’s Dune at the Kennedy Center. The gala crowd beforehand struck me as both glamorous and improbable, with Washington A-listers mixing with uncomfortably dressed-up members of our region’s science fiction community. After the screening, however, everyone exiting from the theater looked embarrassed. There were some polite if strained attempts at praise, but most people felt the film was confusing, overlong, too kinky, and generally a mess. The review by The Post‘s fresh young movie critic, Paul Attanasio — now a prominent Hollywood screenwriter and producer — was headlined “Dune — Lost in the Dust.”

Happily, Villeneuve’s Dune: Part One, earned quite a different reaction — an ovation from many in the audience — when I previewed it before the film’s official release in theaters and on HBO Max.

Frank Herbert originally conceived his magnum opus as a single mega-novel, ultimately broken up into three parts, Dune, Dune Messiah, and Children of Dune. As I read Villeneuve’s opening title sequence, titled “It Begins,” I couldn’t help but wonder if the next film, presumably covering the rest of the original book, would stop there or launch a franchise that would go on to the cycle’s dark, increasingly complex later installments. Might it even include the many subsequent Dune novels written by Herbert’s son Brian and Kevin J. Anderson (the latter an adviser on the new film)?

Unlike Star Wars, though, Villeneuve’s Dune isn’t a sparky, upbeat space opera. It’s more like a Wagnerian music-drama, a somber story built around intimations of doom and orchestrated with a soundtrack of pounding drums and high-pitched wailings and ululations. It is, however, packed with eye-popping visual spectacle, notably speedy little aircraft that resemble mechanical dragonflies and enormous space cruisers as sleek as any on the cover of an old issue of Thrilling Wonder Stories.

Like Herbert’s book, the film is also deliberately majestic in its pacing and virtually without humor. Life is real, life is earnest, and nobody has much fun. Instead, characters nobly pontificate or murmur gnomically about whether the young hero, Paul Atreides, is or isn’t the Kwisatz Haderach, the promised warrior prophet who will lead the tough and fiercely independent Fremen to victory over their brutal oppressors. Their cruelest enemy, the consummately evil Baron Harkonnen, symbolically dwells in darkness, surrounding himself with swirling smoke and completely hairless attendants. He is a grotesque vision of rampant, unbridled capitalism.

As is widely known, science fiction novels only appear to be about the future or other worlds. In fact, they are nearly always oblique commentaries on the times in which they were written — or filmed. Villeneuve’s Dune, even more than the original novel, addresses such contemporary hot-button issues as ecology, climate, and conservation, colonialist exploitation of third-world countries, drug culture, the role of women in society, and religious fanaticism. More surprisingly, it is also a paean to family life, tenderly portraying the love of Duke Leto Atreides for his son Paul, whom he no longer quite understands, and the close, sometimes tense relationship between that sensitive young man and his remarkable mother, the Lady Jessica, a concubine specially trained by the Bene Gesserit. In fact, Jessica is the most vivid, the most fascinating character on screen. In a world of sudden violence, she is always cool, self-controlled, and unafraid, qualities she has passed on to Paul.

What may be the most controversial part of the film lies in its politically inflected contemporaneity, starting with the flowing Middle Eastern robes and the face coverings of the Fremen. The young woman Paul glimpses in his dreams laments the exploitation of her beautiful land and the wars that have ravaged it; she also resembles that Afghan girl with piercing green eyes on the famous National Geographic cover. When the Fremen speak of “the Mahdi,” any student of history will recall that this was the nom de guerre of the charismatic zealot who fomented a 19th-century Arab revolt against the British, culminating in the massacre at Khartoum. For “spice,” one need only read the word “oil.” While the film’s promotion claims it’s about conquering one’s fears, it also looks ahead to a conflict that can be seen as either a freedom fighter’s crusade or a fanatical jihad. At its core, Dune is, as Simone Weil said of The Iliad, a meditation on force, in all of its aspects.

As a novel, Dune has never been unconditionally admired. I know sophisticated readers, devoted science fiction fans, who can’t stand it, finding Herbert’s prose inept, the action ponderous, and the whole book clumsy and tedious. But sci-fi readers are contentious, often cruelly so, and nearly all of the field’s most beloved novels and series also have cogent and vocal detractors: Isaac Asimov’s Foundation trilogy is dismissed as period pulp; Robert A. Heinlein’s Starship Troopers and Stranger in a Strange Land preach either militaristic jingoism or pretentious ‘60s claptrap; Samuel R. Delany’s Dhalgren is well-nigh unreadable and Gene Wolfe’s The Book of the New Sun too subtle, too theological, too clever by half. Perhaps so. Yet imaginative works that people still argue about — and Dune certainly belongs in this category — demonstrate their continuing vitality and relevance. They remain — to borrow a vogue phrase — part of the conversation. ◀