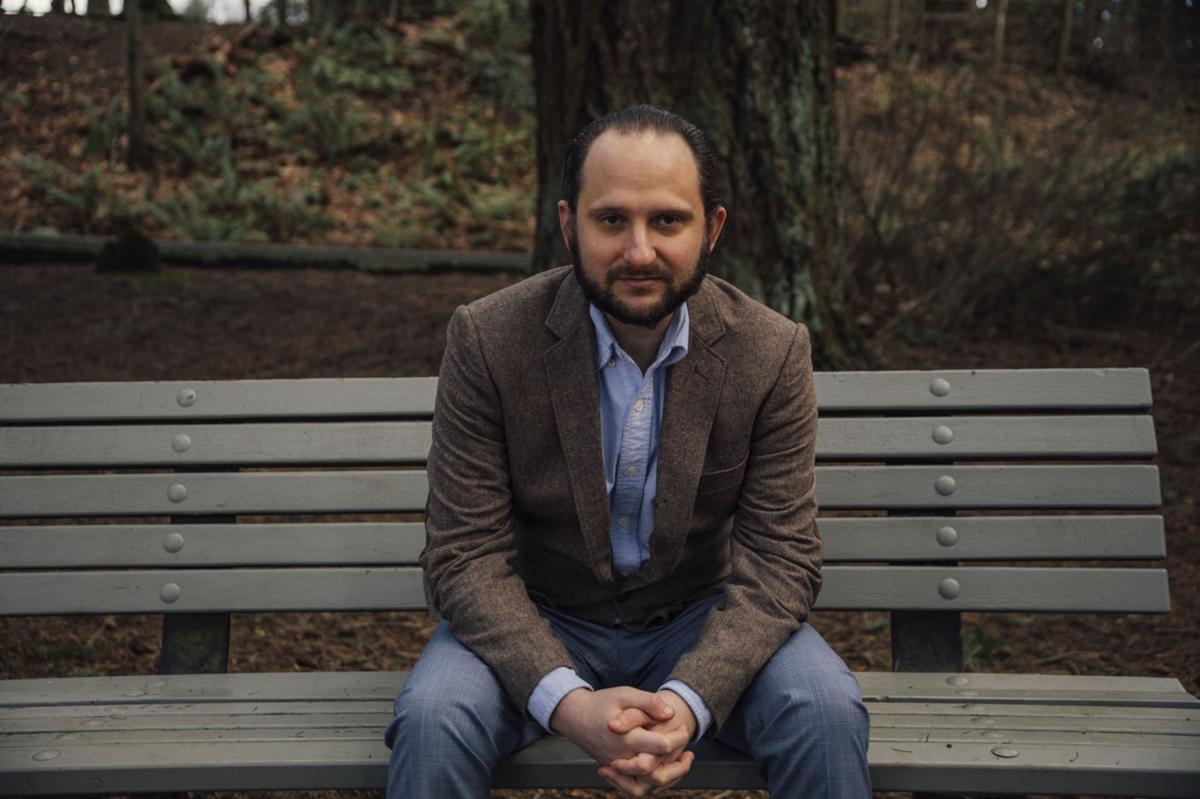 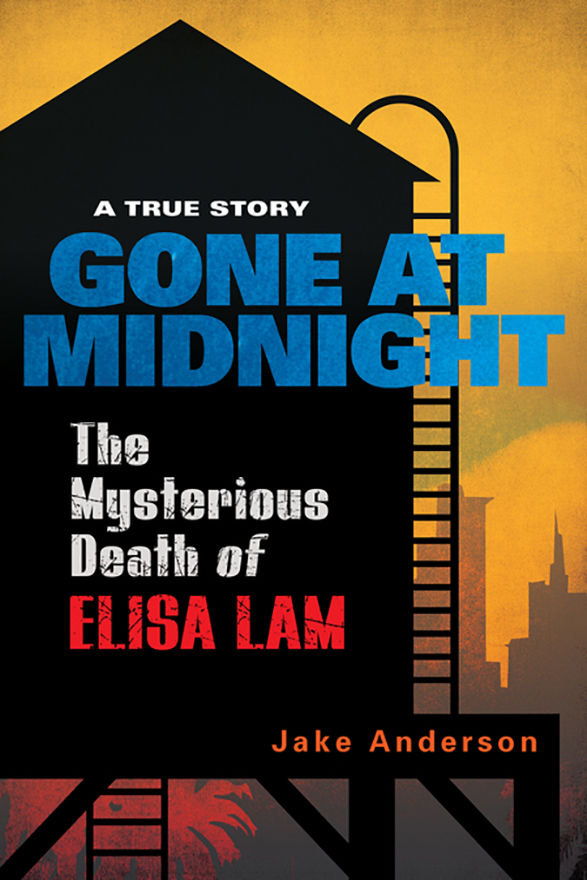 Twenty-one-year-old Elisa Lam disappeared during a vacation in Los Angeles in 2013. The Canadian citizen was reported missing on Jan. 31 of that year, and her body was found a few weeks later, floating in a cistern on the roof of the infamous Cecil Hotel, where she’d been staying. The place was known for the high number of deaths there and longstanding rumors of its dark energy.

Almost immediately, amateur sleuths began posting about the case in online forums, and her death quickly became a magnet for conspiracy theories. Was Lam murdered by a stalker? Or was she possessed by a demon when she decided to go for a dangerous midnight swim? Another theory was that Lam climbed into the cistern while in the throes of the mania that comes with bipolar disorder.

Writer Jake Anderson was drawn to the case because of Lam’s history of mental illness and the kindred spirit he found as he explored the young woman’s blog and Tumblr posts. In a new book, Gone at Midnight: The Mysterious Death of Elisa Lam, published by Citadel Press, Anderson explores the missing persons investigation by the Los Angeles Police Department and the multitude of conspiracy theories about the case as he tries to uncover his own set of objective facts. He also conveys to readers the kind of person Lam was — and how she struggled with her brain chemistry until her final moments.

Indulging in a little foul play

Interested in more true crime? Check out these films, documentaries, and podcasts.

Anderson, who lives in Sandia Park, New Mexico, reads from and signs copies of Gone at Midnight at 6 p.m. on Tuesday, March 17, at Collected Works Bookstore and Coffeehouse. He is joined by Santa Fe author Lisa Sandlin, who is reading from The Bird Boys, a Delpha Wade and Tom Phelan mystery novel, published in 2019 by Cinco Puntos Press.

Ahead of his reading, Anderson talked to Pasatiempo about Gone at Midnight and public fascination with true crime.

Pasatiempo: What was it about the Elisa Lam case that inspired you to launch your own investigation?

Jake Anderson: It interconnected with so many things that I’m interested in: mental illness, Los Angeles Police Department corruption, weird creepy hotels. I spent about five years, on and off, researching this.

Pasa: You’ve mixed personal memoir with criminal investigation in your book. Why did you take this approach?

Anderson: I wanted to write a true crime book that was a little bit more experimental, a little more personal, and not just about gore and grisly details. I wanted to get into more philosophical ideas about life, existence, and consciousness. The main reason I got involved with the Elisa Lam case was because I was fascinated by this young woman’s battle with depression and bipolar disorder. Part of the book is me discovering that I’m on that spectrum of bipolar.

Pasa: Did it frighten you to fall so deeply into the investigation because of your psychological connection to the victim?

Anderson: I definitely feel a little vulnerable, putting so much of myself [into the book], in terms of my struggles with mental illness. But I felt like I had to do it, that I owed it to Elisa and to be transparent with myself. In general, I think we need people to be more open about that stuff. I have to walk the walk on that.

Pasa: Can you explain the world of online investigators, or “web sleuths,” some of whom appear in your book? How can people who are not in law enforcement help solve criminal cases?

Anderson: There are people with some really intense pathologies that are obsessed with [true crime] cases. I hesitate to call them “web sleuths.” These are people that basically watch videos and post on different forums. I think they’re dangerous. When they start blathering about demons and really insane conspiracy theories, it obviously turns off the police. And it victimizes the family yet again. Then there is a more responsible tier who probably in some cases aren’t working with a full deck of cards, but are requesting documents from law enforcement agencies through the Freedom of Information Act or going to sites like geneology.com, where you can really dig into a person’s family history. The next level is the old-

fashioned boots-on-the-ground method, interviewing as many people as possible and taking a traditional investigative approach. I don’t know what tier I’m in, to be honest.

Pasa: As the host of theghostdiaries.com, it’s obvious that you’re interested in paranormal and unexplained phenomena. Why didn’t you go in that direction with your investigation?

Anderson: I’m actually transitioning that site to be about true crime. I like stories of the paranormal, but I’ve always approached the topic as a skeptic. You can’t really tell the story of the Cecil Hotel without discussing the reality that dozens of people have jumped out the windows. Just an incredible number of deaths took place there. Serial killers have stayed there. They call it the Suicide Hotel. So it leads one to wonder whether there’s some kind of curse. But the narratives were in conflict for me because I have a huge problem with people projecting demonology and spiritual things onto cases of mental illness. And yet, so many tenants and guests are convinced the place is haunted.

Pasa: True crime stories are everywhere these days, with a proliferation of podcasts and streaming documentaries. What do you make of this spike in popularity?

Anderson: We live in an absurd cosmos. The universe is full of violence and morbid things. People have a need to work out those conflicts in a narrative format. I’ve read several articles about how women are really leading this resurgence of true crime fascination, and that it’s helpful for women who are so often the target of predatory crimes. You could make the argument that we’re at this moment where we’re reckoning with a lot of predatory behavior in our society.

Pasa: Can you talk about your current book project on the West Mesa murders? [In this case, the remains of 11 women and a fetus were found in 2009, buried in Albuquerque’s West Mesa.]

Anderson: I’m looking into the phenomenon of violence against sex workers. So many serial killers target sex workers because they know that it’ll be easier to get away with it if they target the most marginalized people. And one of the things I kept hearing and reading is that sex workers are more likely to be abused by a police officer than a john. There’s a dark history to the West Mesa case. I think it’s connected to the Albuquerque Police Department. They’ve cleaned house since then, but I think there are people from that time that got away with some really sinister stuff. ◀

"A Night of Crime — One True, One Fiction"

With Jake Anderson and Lisa Sandlin