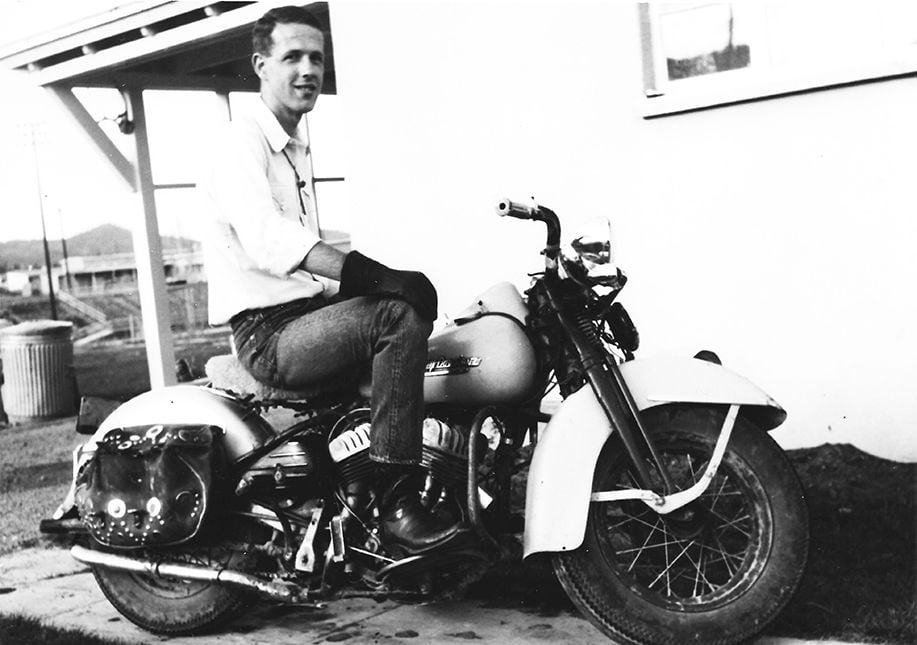 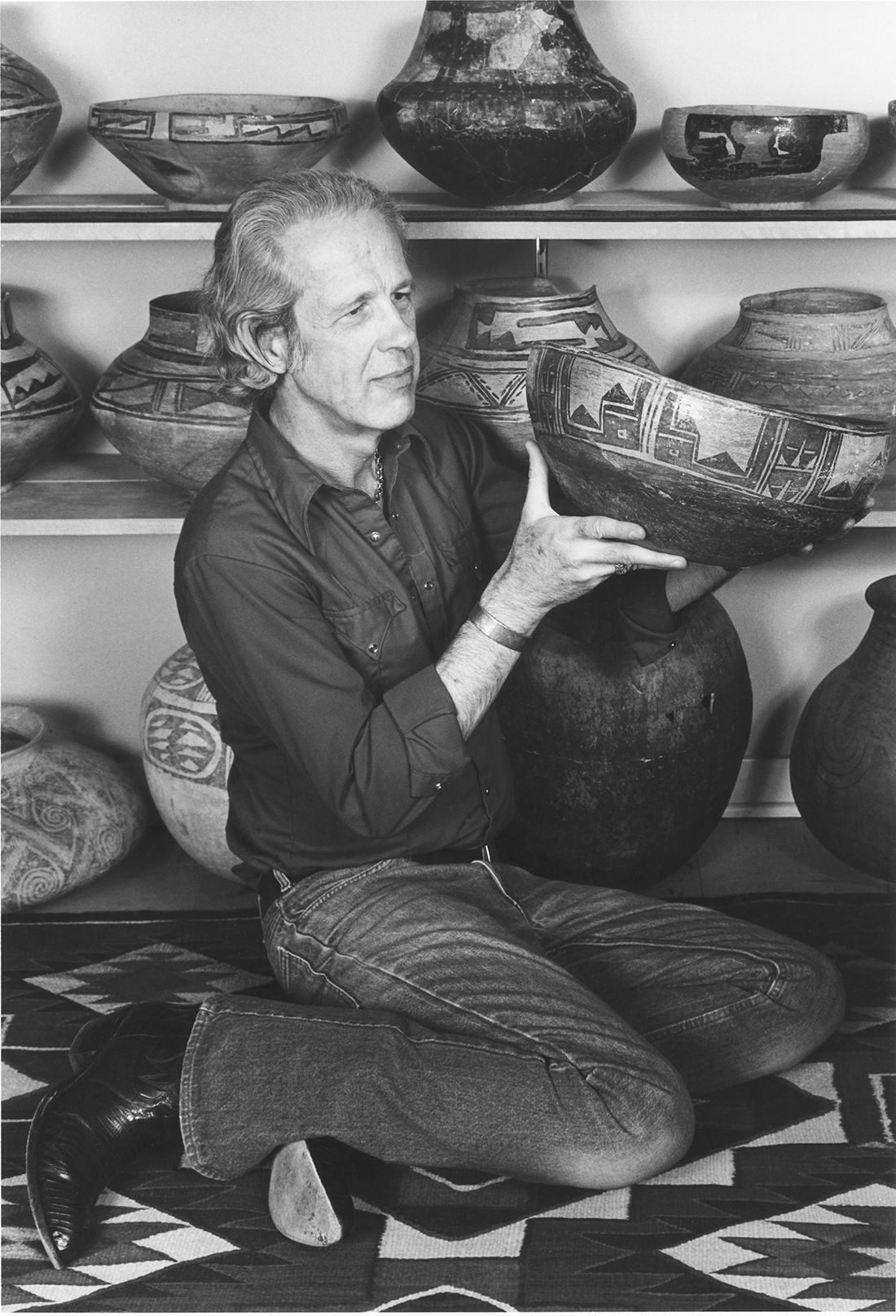 Frank Harlow in the pottery room at his Los Alamos residence, May 1983; courtesy Museum of New Mexico Press 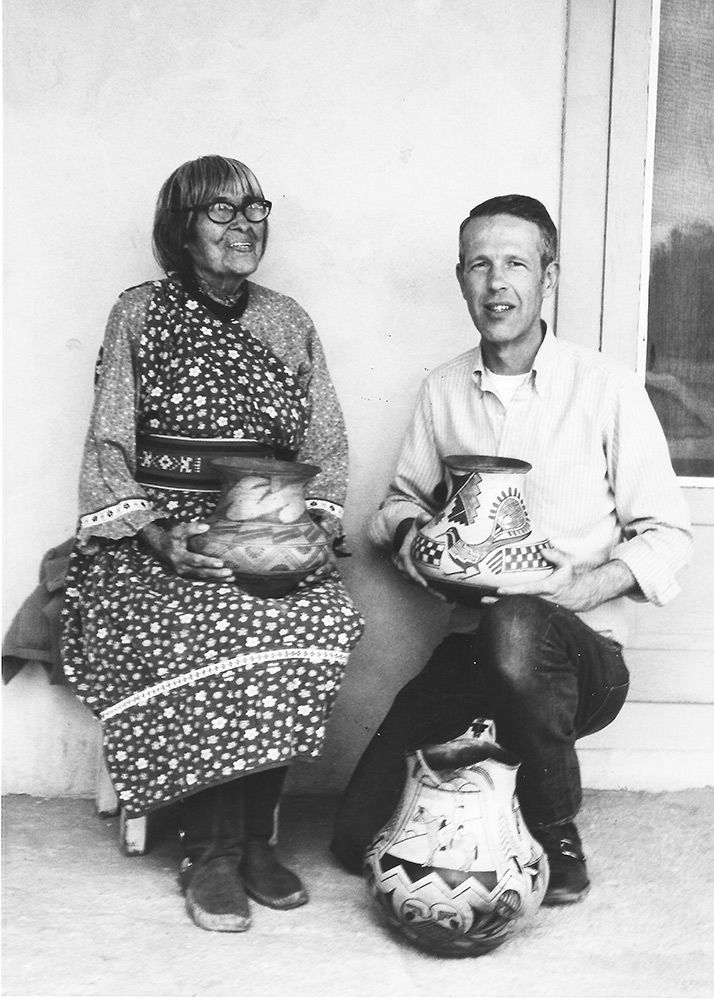 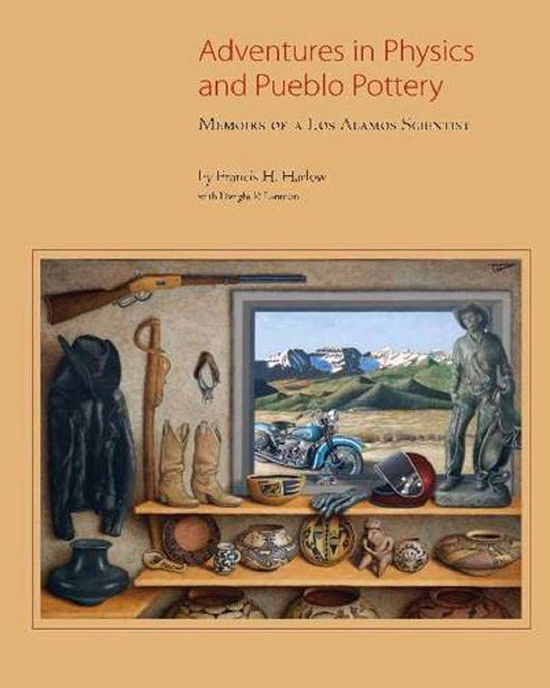 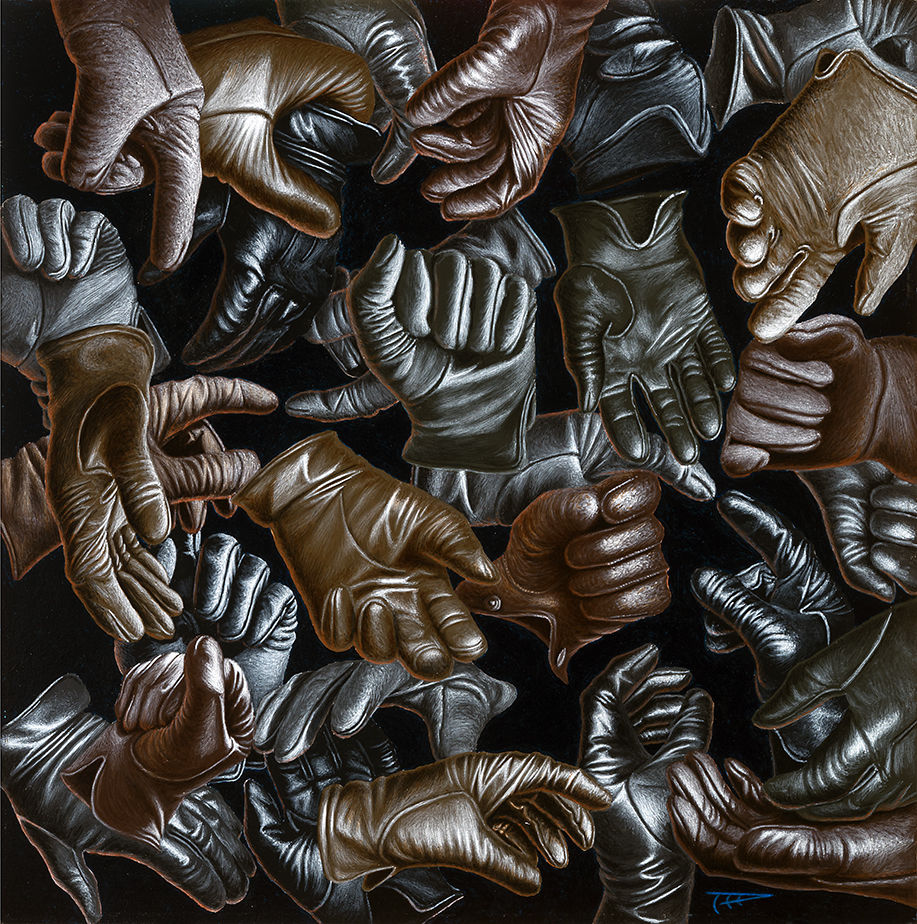 Frank Harlow in the pottery room at his Los Alamos residence, May 1983; courtesy Museum of New Mexico Press

A list of the successes in the life of Francis H. Harlow is full of superlatives — not just about enterprise, but also because of the diversity of his interests and exploits. The man who died on July 1 was a pioneering physicist at Los Alamos National Laboratory for 50 years, but he was also an expert on Northern New Mexico’s fossil brachiopods, an authority on Pueblo pottery, a passionate motorcyclist, and an accomplished painter.

In just one year, 1973, he saw two books published — Pennsylvanian Brachiopods and Biostratigraphy in Southern Sangre de Cristo Mountains, New Mexico (with Patrick K. Sutherland for the New Mexico Bureau of Mines and Mineral Resources) and New Mexico Matte-Paint Pottery of the Tewa, Keres, and Zuni Pueblos (Museum of New Mexico) — and had his first major one-man show of paintings at the Jamison Galleries in Santa Fe.

The newest book by Frank Harlow is Adventures in Physics and Pueblo Pottery: Memoirs of a Los Alamos Scientist, co-authored by Dwight Lanmon and released by the Museum of New Mexico Press earlier this year. In its pages, we find that Harlow was born in 1928, grew up in Seattle and Bremerton, Washington, and took special pleasure going with his father to the annual engineering open house at the University of Washington.

In high school, Harlow worked for a drug store, delivering prescriptions by bicycle; he then learned how to make dentures in a job working for a dentist. He writes that he was a social misfit and enjoyed visiting the old wooden docks at a nearby ferry terminal and observing sea perch and other marine life. During his 1945-47 service in the U.S. Army, he worked as an oral hygienist in San Antonio and, on the side, sang bass in the chorus of the San Antonio Opera Company’s productions of Aida and Faust.

“I first knew Frank in 1990,” Lanmon said in an early August interview. “My wife and I were pottery collectors living in Corning, New York, and he was going to be lecturing. I knew Frank from his books, but I had never met him, and in rides this guy on his Harley-Davidson, six feet six, skinny as a bean, wearing black leather from head to foot and a gold earring. I thought, ‘My God, is this really Frank Harlow, the Frank Harlow?’ He and Jonathan Batkin were supposed to do a co-lecture, but Jonathan was called away, so Frank gave the lecture as if both were standing up there. He would make a point and then change his voice and say, ‘Now, Frank, you know you really can’t say that,’ and he went back and forth like that. It was so great, and you learned so much from him.

“The other thing I’ll always remember about him is that he was so unegotistical for a man who had so many triumphs and so much recognition in his life. He was so humble. This was a remarkable feature of this guy and one of the reasons I had such fun working with him. We started working together in 1999 on the four pottery books. It was such a delight because we could go back and forth and say, ‘Well, why do you really think that? What’s the evidence for that?’ It was such a scholarly give-and-take that was so rich. And he was willing to be edited. That was also remarkable for someone who wrote so well, to accept editorial suggestions.”

After high school, Harlow earned a bachelor of science degree and a Ph.D. in physics at the University of Washington. He recalls that he spent a year as a research assistant on the university’s 60-inch cyclotron and that he enjoyed courses in analytical dynamics, electrostatics and electrodynamics, and quantum mechanics.

He married Patricia Jean Nystuen in June 1952 and began his employment with Los Alamos National Laboratory the following September. He was amazed by “the new machine called a computer,” specifically the room-size IBM Model 701. “With luck, we could solve a radiation-hydrodynamics behavior study with a finite-difference mesh of twenty-five cells in a period of about an hour,” he writes, and then adds that the little laptop computer on his desk as he’s writing this book could perform that action in less than a millisecond.

Not long after World War II, the lab had a policy that newcomers should witness a nuclear explosion and observe “all the experimental equipment required for monitoring the physical processes that took place.” So in early 1954, Harlow was transported to the Marshall Islands, where he was given heavy dark goggles to watch, from 27 miles away, a nuclear test that was about 500 times more powerful than the bombs dropped on Japan in 1945. (This was one of nearly 150 nuclear-weapons tests carried out by the United States during the 1950s; during this decade, the Soviet Union tested 54 devices, and Britain tested 21.) Harlow wrote that the explosion “transformed a peaceful island to a raging column of infinite complexity, and it demonstrated the incredible intricacy of material behaviors that combine so many aspects of the physics involved in turbulent material phase transitions.”

Back home, the book tells us, when he was not at work in the lab’s theoretical division, he pursued a study of seashell fossils he had seen at Jemez State Monument. Six years later, he knew quite a bit about the brachiopods found at Jemez, Nambé Falls, and Apache Canyon. The book’s next chapter is simply titled “Motorcycles.” His third bike, his beloved 1940 Harley-Davidson, is now in the collection of the Museum of New Mexico.

As an interest in Pueblo Indian pottery grew, he became acquainted with many artists, including Maria Martinez (San Ildefonso Pueblo), Vicentita Pino (Zia Pueblo), and Santana Melcher (Santo Domingo Pueblo). He and his family also loved attending Pueblo dances, and he developed a Tewa language notebook based on tutoring sessions with the family’s maid and friend, Mary R. Cata from San Juan Pueblo. Much of his free time was spent examining the pottery collections, and making notes and taking photographs, at the Laboratory of Anthropology.

“Early on, I think Frank was interested in Pueblo pottery right across the board,” Lanmon said, “but I think he realized that the area that really needed research was the historic period, from the 1500s to the time of the railroad, the 1880s, because nobody had figured it out. Nobody was able to identify when things were made or where they were made and how to date them, how to attribute them, and how to understand the relationships among the tribes.

A pithy example of Harlow’s interest in, and patience with, the details of the Pueblo pottery field is related in the book. In the 1960s, one of the Laboratory of Anthropology staffers (those assisting him over the years included Bertha Dutton, David Snow, and Kenneth Chapman) showed him 34 cartons of pottery fragments and said, “There’s nothing like putting together broken pots to learn about them.” More than 80 pots dating to the 1800s had been broken up by mindless vandals in an exhibit at the Fred Harvey Museum in Albuquerque. After a UNM graduate student took the initial steps to reassemble the mess and finally said his Ph.D. wasn’t worth that much work, Harlow took the piles of fragments home and over months, in his spare time, glued them all back together for the Laboratory of Anthropology.

Harlow’s facility with two-dimensional art began in the 1960s, when he began drawing designs from Pueblo ceramics. He subsequently began working in color and in other subjects — Harlow’s depictions of Pueblo Indian pots number about 800 — but he never sashayed into the realm of abstraction. The subjects of the paintings he showed at Jamison, the Mondosa Gallery in Taos, and Cliff Dwellers Gallery in Los Alamos included pottery and potters, but also pictorial scenes with Indians, a baseball pitcher, cowboys, and various urban scenes he devised that could include one of his motorcycles.

Lanmon brought up the piece Harlow titled Constellation of Gloves. “That one, which he gave to me, is just the craziest painting.” Harlow’s preference and talent usually was firmly focused on “realistic representations of things that interest me,” he writes in the book, and in fact, the more than two dozen gloves in this odd jumble are perfectly rendered. “And when you look at it closely,” Lanmon said, “you can actually see which kind of leather was used on each glove. It’s amazing work.”

Lanmon worked closely with Harlow on the new book. “One of the days I was at the house, and his wife had gone out — and he was in failing health, we knew that — he turned to me, and he sort of grabbed my hand and said, ‘Dwight, promise me if I’m not here you’ll finish the book.’ I thought, ‘Oh, God almighty,’ but we got it out about a month before he died.” ◀

“Adventures in Physics and Pueblo Pottery: Memoirs of a Los Alamos Scientist,” by Francis H. Harlow with Dwight P. Lanmon, is available from Museum of New Mexico Press.