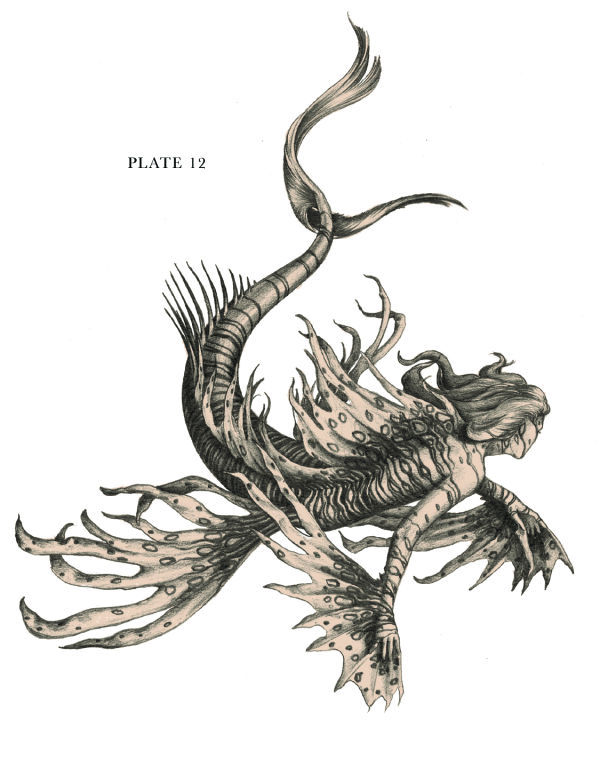 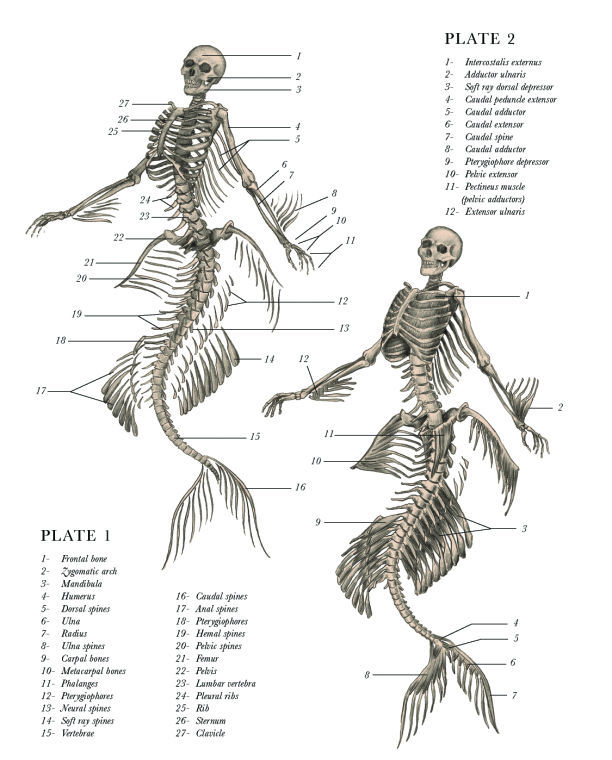 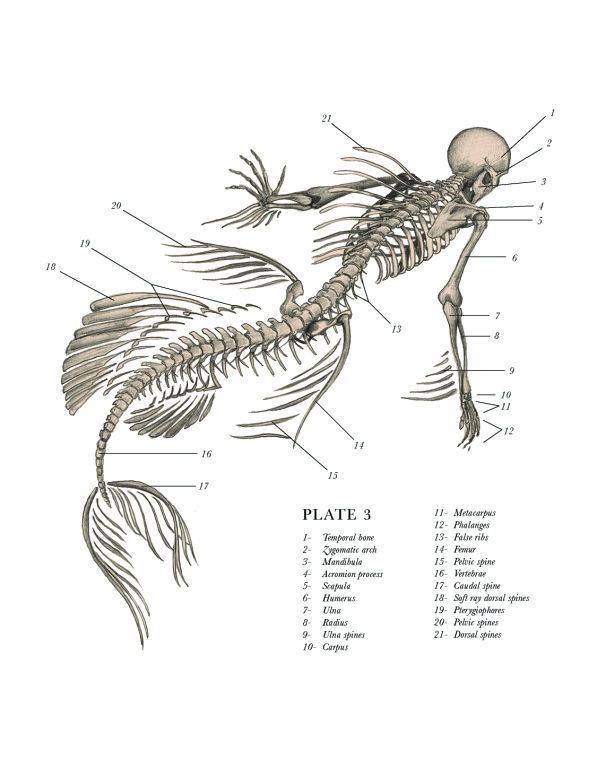 Writer and illustrator E. B. Hudspeth’s The Resurrectionist is a book you can’t help but start at the second part. Go ahead. Doing so won’t ruin the story and won’t spoil any narrative surprises or unexpected endings. In fact, it will  only make “The Life and Writings of Dr. Spencer  Black,” a fictional biography that begins the book, more interesting and just a bit more terrifying. The book’s second section, “The Codex Extinct Animalia: A Study of the Lesser Known Species of the Animal Kingdom,” a detailed anatomical work by the doctor, stands alone. Black’s illustrations strip the skin from mythical creatures — the sphinx, minotaur, and siren, among them — moving them toward believability. How is it that the centaur could keep its human half upright? Black is a man as fantastic as the imaginary creatures he draws.

Hudspeth’s combination of story and illustration is something of a breakthrough in gothic novels. The first section of the book is the story of how Black came to reveal the anatomies of 11 creatures that exist in legend and carnival sideshows. It’s also a story of obsession, failed promise, and slow descent into unquestionable madness. In a tale that calls to mind the work of Mary Shelley, Edgar Allan Poe, and H.P. Lovecraft, the author makes horror a byproduct of an all too human story of misapplied brilliance. Black is a prodigy, a recognized scientist in 1870 by the time he is 19. He joins a one-of-a-kind surgery program focused on repairing birth deformities. It’s here that he develops his theory that human “mutations are not accidents; instead they are the body attempting to grow what it once had thousands of years ago.” From here, it’s a short journey to believing that harpies, satyrs, and the elephant-headed Hindu deity Ganesha not only existed but left remains that might yet be discovered.

This theorizing makes for an interesting character study on its own. But Black’s strange, even horrific experiences turn it into something much darker. While the book’s title suggests resurrecting the mythic creatures that Black believed we still hold in our genes, it also mir- rors a practice that Black was exposed to as a child and continued in his adulthood: digging up corpses. His father, a professor of anatomy, found a need for more cadavers than allowed by law. He took matters into his own hands, dragging his two sons into burial grounds in the middle of the night to unearth the freshest bodies and carting them back to his office. Black’s mother died while delivering him, and the boy grew up fearing his father, who died of smallpox while Black was still a teen. He comes to regard death “as more a curiosity than a tragedy.” These clues cue us in the story’s first pages to further macabre developments. But not right away. The young surgeon is celebrated for first separating the fused fingers of a young man and then removing a third, “parasitic” arm from a young girl. He enjoys financial success, marries, and fathers a son.

Then things change. A 9-year-old girl with a conjoined, partial twin is painfully lost on the operating table. Black becomes mistrustful of his colleagues and sees them and himself as “butchers and tailors.” He pays a visit to a carnival sideshow where he purchases one of the exhibits, a “fawn-child” preserved in a bottle of alcohol. Dissection of the unfortunate child solidifies his belief that mythic creatures did indeed once walk the earth. Soon, Black himself is something of a sideshow, stitching together body parts to prove his theories and raise money for his studies. His wife’s attempt to put an end to his work results in tragedy, and Black becomes even more possessed in his misguided beliefs. What starts as a simple story of a brilliant mind with a twisted and difficult childhood follows a horrific spiral of bad decisions and luck into an abyss of madness that eventually is passed to the next generation. Along the way, his delusion grows; he believes he has the ability to cure the incurable and the power to grant “sleepless” or everlasting life. His last traveling show — the Human Renaissance — includes living animals sporting cruel grafts designed to prove his theories.

Hudspeth tells Black’s tale using diary entries and correspondence to and from colleagues and the doctor’s brother. Black has a talent for illustration and the examples given begin innocently enough: drawings of plants, moths and butterflies, a portrait of his wife, and a touching sketch of his son shortly after birth. They take a dark turn — there are illustrations of the fawn-boy’s dissection, suggesting more gruesome things to come. To his credit, Hudspeth doesn’t show further surgical atrocities. Instead he lets sideshow posters, journal illustrations, and the reader’s own imagination illustrate the depths to which the not-so-good doctor descends.

Which brings us to the second part of the book, the place we started, and its anatomical illustrations of creatures we’ve always seen as fantasy, but which Black sees as evolutionary stages and possibly not-yet-extinct species. With its detail and labels, Black’s codex comes 50 years after the publication of Gray’s Anatomy, the text it most resembles, even though its subjects are only vaguely, and sometimes not at all, human. The other text it calls to mind is Jorge Luis Borges’ The Book of Imaginary Beings, a compendium of lore and descriptions of both well-known and obscure fantasy creatures. Black sticks to the most familiar creatures, though he often connects them to less familiar ones. “The siren, nereid, and mermaid are  oft confused,” he writes, “... differing only as dogs may differ in breed —  albeit significant differences, indeed.”

The anatomical drawings reveal the skeletal systems, musculature, and sometime internal organs of these strange creatures. Black provides descriptions of each being. A note before the codex, perhaps by the unnamed fictitious publisher, implies that Black could indeed be right about the creatures’ once and possibly present existence. Not all are humanlike. The three-headed Chimaera incendiarius, Pegasus gorgonis, and the Draconis orientis are represented. It’s implied that Black made his drawings from specimens he acquired or saw at different points in his life. It’s these suggestions that send us to the book’s first part, looking for answers.

That such horrific actions were taken by Black based on what at first seems innocent assumption and theorizing holds lessons we should take to our still-beating hearts today. Black’s science made him incredibly wealthy. But it didn’t make him right. Hudspeth seems to suggest either pursuit —  money or breakthrough — needs first be measured against the cruelty of its consequences. But that conclusion might just be too serious for a book that’s so much fun in its frightening way. If your eyes can handle it, read it by candlelight. ◀

“The Resurrectionist: The Lost Work of Dr. Spencer Black,” written and illustrated by E.B. Hudspeth, is published by Quirk Books.