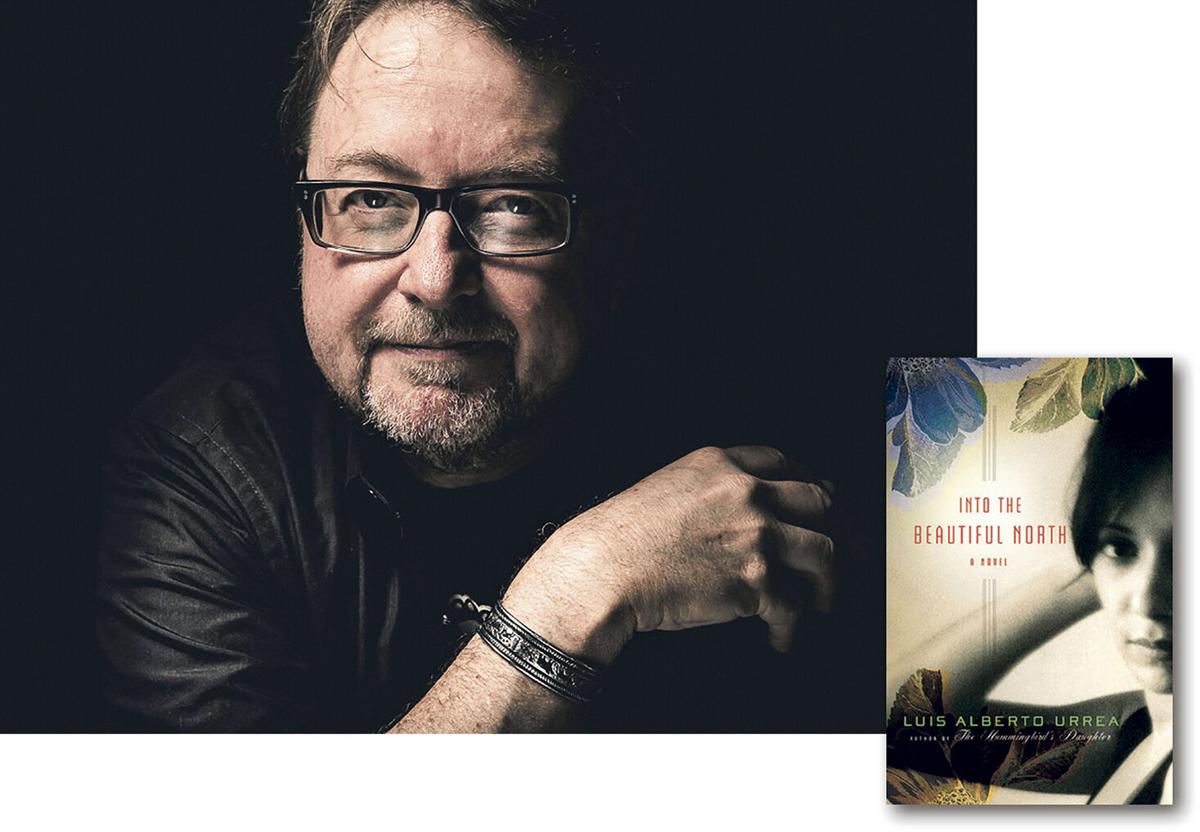 Luis Alberto Urrea and his novel Into the Beautiful North 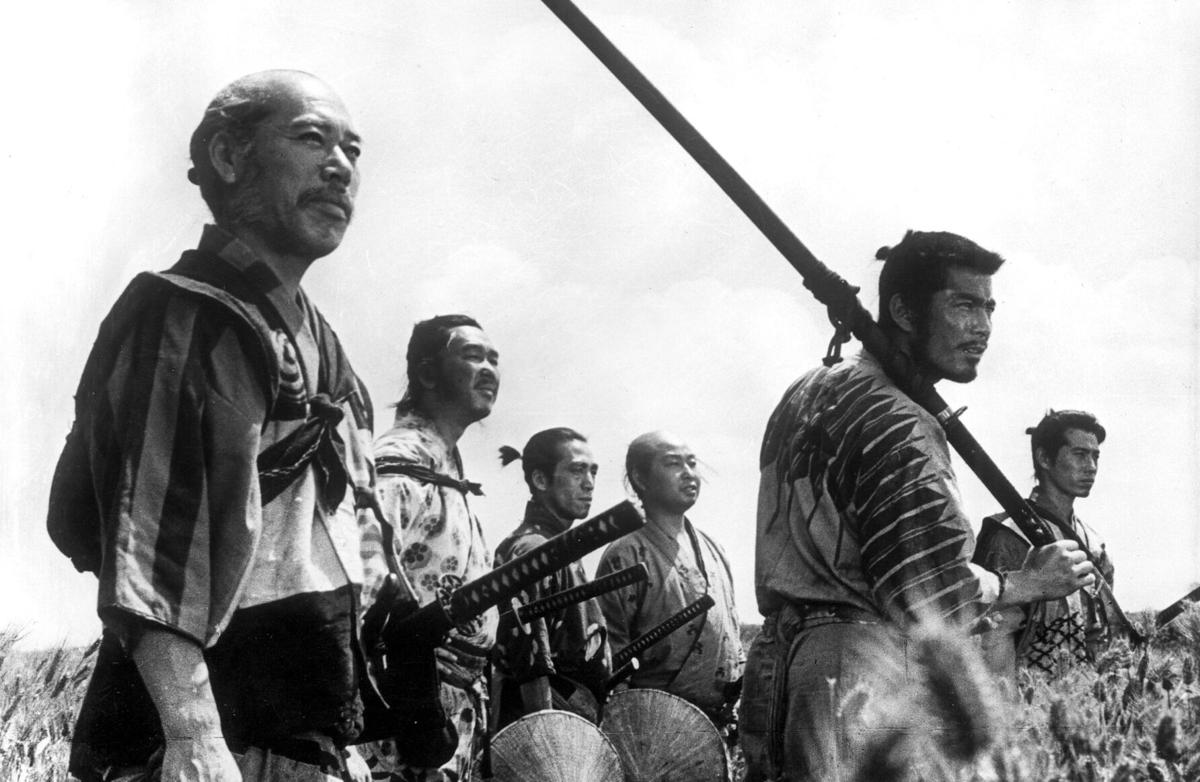 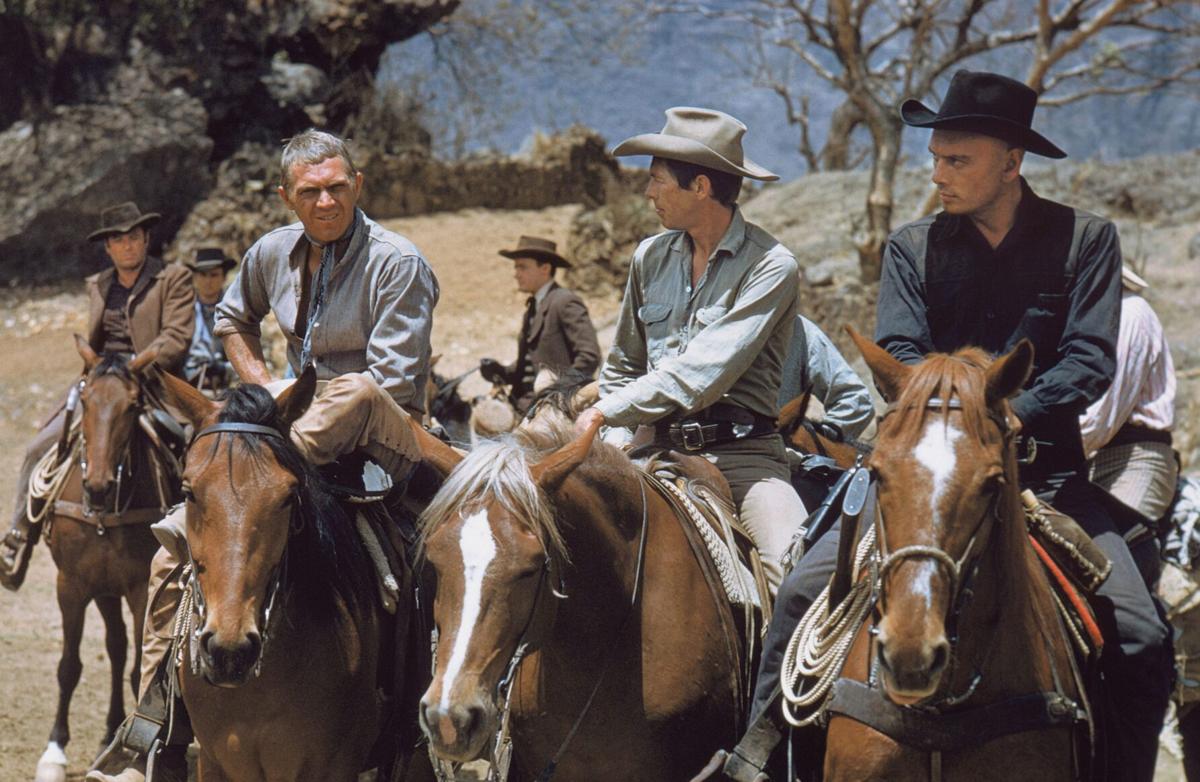 Luis Alberto Urrea and his novel Into the Beautiful North

Book lovers know the experience of a great novel generally takes place in two parts. First, there’s the solitary time spent reading. Then, once you’ve turned the final page, comes the excitement of discussing the book with others. Each spring since 2006, the National Endowment for the Arts’ Big Read explodes this basic concept into a months-long celebration of art and literature, where community connection is the whole point.

“The goal of the Big Read is to broaden our understanding of our world and ourselves through the joy of sharing a good book,” says Maria Sanchez-Tucker, director of the Santa Fe Public Library. “We’re going to promote reading the book, have community discussions, different panels, and presentations. We’ll have children’s story hours and theatrical performances. We’ll culminate with some great author events.”

Sanchez-Tucker worked with library staff and community organizations to select the book for Santa Fe from the Big Read’s official list. They settled on Into the Beautiful North, by Luis Alberto Urrea (Little, Brown and Company, 352 pages, 2009), which is designated for adults and older teenagers. The protagonists are young people attempting to overcome a challenge to their way of life. Additional selections, with complementary themes, are available for younger readers. The public library will distribute Into the Beautiful North at pop-up events, and numerous copies are available for loan. Collected Works Bookstore (202 Galisteo St., 505-988-4226) is offering Into the Beautiful North at a 20-percent discount.

Since 2006, the NEA has partnered with Arts Midwest to support Big Read community programs throughout the United States, with about 75 annual grants of $5,000 to $20,000 going to local organizations. The Santa Fe Public Library received $15,000 for the 2021 Big Read, which was matched by Friends of the Library, the nonprofit group that supports the public library through used book sales and other activities. Sanchez-Tucker says that, regardless of future grants, she plans to make this an annual event in Santa Fe.

This year’s choice opens in Tres Camerones, in the Mexican state of Sinaloa. Most of the young, marriageable men have left the village to find work in the United States, as have most of the town’s middle-aged fathers. In their absence, drug-dealing bandits have taken over.

Recent high-school graduate Nayeli serves tacos and drinks at The Fallen Hand, with Tacho, the only gay man in town. Nayeli is a former soccer player who now trains in martial arts. Her best friends are Vampi, a black-wearing goth girl, and Yolo, who is athletic and socially conscious. After watching The Magnificent Seven (1960) at a Yul Brenner film festival, Nayeli leads Tacho and the girls on a quest to El Norte to find seven Mexican men who have not prospered as immigrants, and who want to come home and save their town.

“I wrote it for adults to think back on when we were 19, you know? It never occurred to me that 19-year-olds would want to read it,” Urrea says. “It accidentally became a book that young folks like. It’s landed on some high school and college reading lists.”

Despite its plotline about border-crossing, Into the Beautiful North isn’t exactly an immigration story. Nayeli doesn’t plan to remain in the United States. But the book travels an immigration route through Tijuana, into San Diego. Nayeli and her friends pick up various characters along the way, including a self-proclaimed Mexican samurai named Atómiko, who carries a fighting spear. The journey isn’t smooth. There are stumbles, cultural clashes, and plenty of danger. Eventually, they find their way into Middle America.

When Luis Alberto Urrea wrote Into the Beautiful North, all he wanted was to laugh every day. He didn’t know if the novel would be published, but he needed a mental vacation after the darkness of some of his previous books, including The Devil’s Highway: A True Story (2004), about a deadly border crossing, which was a finalist for the 2005 Pulitzer Prize in nonfiction.

“The writing went really fast, and it was published. It did okay. And then, all of a sudden, the Big Read took it, and it’s been alive for years because of that,” Urrea says on a video call from his home in Naperville, Illinois. The University of Illinois at Chicago creative writing professor has joined numerous Big Read talks about Into the Beautiful North since its 2013 adoption by the program. Once, in the conservative reaches of upstate New York, organizers had prepared for worst-case scenarios.

“It’s kind of a MAGA hat area, and they said they had ‘bias remediation teams’ in the audience, in case people jump up and start yelling. I said, they’re not going to do that. That’s not what this is about.”

Urrea grew up in San Diego, but his family is from Sinaloa. He based Tres Camerones on the village of Rosario, where is uncle owned the movie theater, radio station, and newspaper. (“He was like the emperor of the town.”) Nayeli is based on a girl Urrea knew who lived with her family in a Tijuana neighborhood of scavenged trash, similar to some of the characters in the book. Vampi and Yolo are inspired by his own daughter’s friends, who used to gather in his kitchen when they were teenagers. And the character of Tacho is based on a man Urrea used to see around when he visited Rosario as a teenager, in the 1970s.

“I think my family thought if I ever met him, some international horror would happen. So, they kept me away from him. But I admired him, facing down all the macho Sinaloan men. This was an homage to him.”

The plot of Into the Beautiful North is inspired by The Magnificent Seven, but it’s not a direct recreation of the famous Western starring Yul Brenner and Steve McQueen, says acclaimed Western novelist Johnny D. Boggs. He discusses the book’s cinematic connections with David Morrell, author of First Blood (1972) and other action thrillers, at 6 p.m. on April 13.

“We’re going to talk about how The Magnificent Seven goes back to the original Japanese movie, [Akira Kurosawa’s] Seven Samurai [1954], which is inspired by earlier Western movies,” Boggs says. “And then The Magnificent Seven inspired a slew of sequels, remakes, and other movies — Westerns and even science fiction.”

The Magnificent Seven was set at the end of 19th century and made at a time when culturally accurate portrayals of non-Americans were uncommon. Boggs says that the film’s main flaw is the idea that Mexican villagers would need a group of Anglo cowboys to protect them from bandits, or that a band of seven men could’ve defeated an entire army of gunslingers. “In reality, the villagers would’ve been able to take care of themselves and solve their own problems,” he says.

In Into the Beautiful North, they do just that — led by a trio of teenage girls. “I didn’t see enough heroines’ journeys. It was always the hero’s journey,” Urrea says. “I thought this would be more interesting to write a Joseph Campbell story for young women.” ◀

Listen to Luis Alberto Urrea and his teenage son talk about visiting the real-life Nayeli on This American Life: thisamericanlife.org/249/garbage/act-two-1

DREAMERS (2018) written and illustrated by Yuyi Morales, Neal Porter Books, 40 pages, $18.99 Ages pre-K to 8 years old A picture book that traces the author’s journey from Mexico to the United States with her baby son.

In a near-future dystopia, a young girl and her brother must escape a xenophobic government.

More than 30 events are planned for NEA Big Read: Santa Fe Reads 2021, with many still being planned and finalized at press time. All events listed here are free, but donations are encouraged. For a complete schedule, as well as information about poetry, essay, and art contests, go to santafereads .weebly.com.

Into the Beautiful North

An Evening with Luis Alberto Urrea

Santa Fe Public Library welcomes author Luis Alberto Urrea to discuss this year’s NEA Big Read selection, Into the Beautiful North. A link to register for the live event will appear on santafereads.weebly.com, and the event streams at santafenewmexican.com.