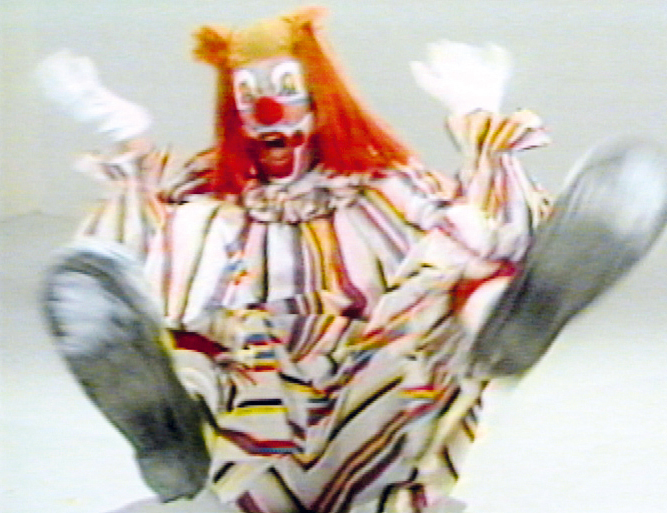 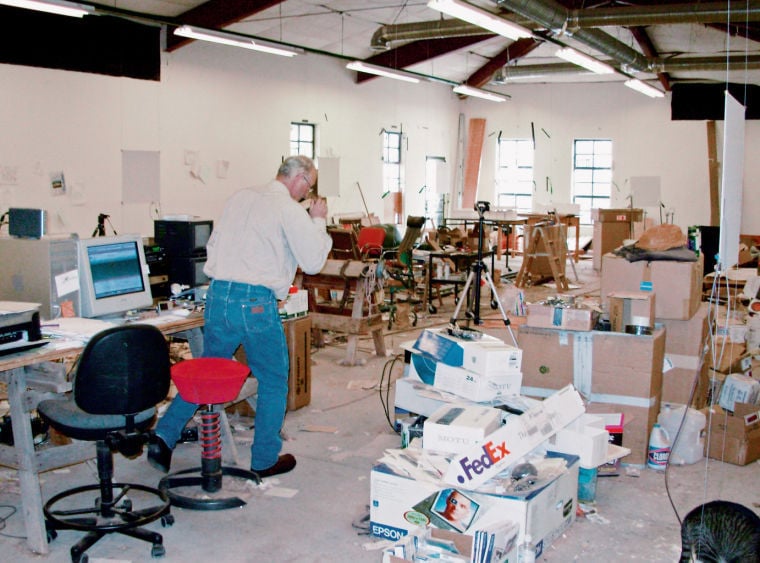 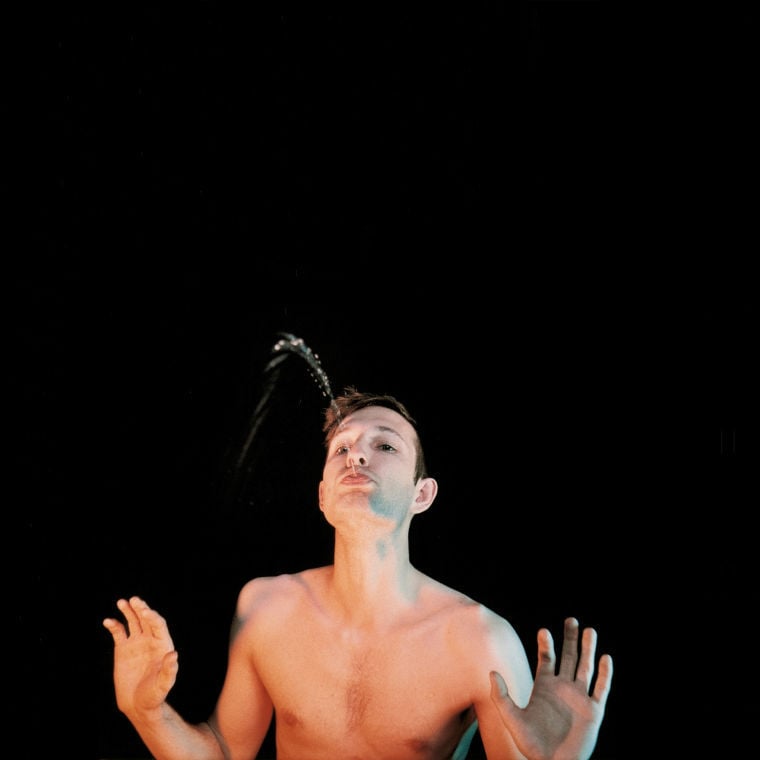 Art critic Peter Plagens first encountered Bruce Nauman's work in Europe in 1968. It was at Documenta, an exhibition of contemporary art mounted every five years in Kassel, Germany. Nauman, who was born in Fort Wayne, Indiana, in 1941, had his suite of Eleven Color Photographs, including his seminal Self-Portrait as a Fountain, in the show. The initial reaction of Plagens, who has written art reviews and essays for Artforum, Art in America, and The New York Times, was one of dislike.

"I was living in Brussels," Plagens told Pasatiempo. "I went to Documenta, and here were these photographs and Self-Portrait as a Fountain with a young Bruce Nauman, nude from the waist up, in a kind of facetious pose spitting water. There were those other photographs with him making those obvious puns people would call groaners, you know, Waxing Hot and the photograph is of a hand polishing the word 'hot' and I thought, God, what lightweight stuff, and real smart-alecky. I was an abstract painter, and at the time I went to Brussels I had just about gotten my head around minimalism and maybe into a little conceptual stuff. ... Bruce and I are about the same age. I was born in March; he was born in December. I was probably a bit of a smart aleck, too. In my original reaction, as in four years later when I wrote the review for Artforum of his early retrospective — he was only 30 years old in 1972, when the L.A. County Museum gave him this retrospective — there was a considerable amount of envy that I didn't recognize at the time. He's a wiseass. I'm a wiseass. Why can't I get this kind of attention? Of course, the answer is obvious: because you didn't do it. Later, in '72, a bit of the same thing and a little bit of fear, because there was a recognition that there's something here. The 'something here' scared me in the sense that, here goes painting out the window."

Plagens, author of Bruce Nauman: The True Artist, a new monograph published by Phaidon, met Nauman a couple of years later, when Nauman's studio was down the street from Plagens' in Pasadena. "I got to know him. I gradually got — not to see, at last, that it was serious, because I could see he was serious. Other people were paying attention to it, especially in Europe." Plagens participates in a panel discussion on Friday, May 30, at the New Mexico Museum of Art with Juliet Myers, Nauman's studio manager and a former curator of public programs at SITE Santa Fe.

Plagens' admission of initial distaste for Nauman's work puts him in a curious position as author of the monograph. He knew Nauman but not intimately and came to an appreciation of his work only over time. The resulting story of Nauman's rise to become one of the most celebrated artists (in a 2013 Vanity Fair poll, he was named one of the six greatest living artists) is objective and refreshingly free from art-speak. Plagens takes a personable, chronological approach to describing Nauman's life, from his early days as a graduate student at the University of California, Davis; through his life and career, always considering Nauman's work in relation to his contemporaries; through building a home and studio in Galisteo, where he lives with his wife, fellow artist Susan Rothenberg, on a 600-acre ranch, breeding quarter horses.

Nauman achieved tremendous success as an artist in the U.S., but in Europe in the late 1960s, he encountered a modicum of respect for simply being an artist. Plagens explains in the book that this came as a surprise. "It was for me, too. I remember going to the studio of an old painter who was a modernist in Brussels. He had a card. He handed it to me, very formal, and it said something something, his name, and then it said 'artiste peintre.' I'd never encountered anything like that in the States. The idea that if you were an artist and you did strange things, you did post-minimalist stuff, you still got a certain amount of respect, because of the long history of respecting artists in the culture, as opposed to in America where it went against pragmatism. In Europe they didn't make distinctions. If you walked into a bar and said, Yes, I'm an artist, it was OK. I think that struck him and it struck me, too. He was further on down the avant-garde path than I was."

Nauman's work has remained largely unclassifiable. "Kathy Halbreich — she was the organizer of the big retrospective in '95 — said Bruce doesn't develop like an artist does. Take any painter, even an outlier, a sui generis painter like Francis Bacon who, to me, is not part of a school, but even with an artist like Bacon there's a development. What I find rather remarkable — I do boycott, as much as possible, the word amazing — is that Bruce starts ex nihilo each time. Except for budget and materials and scale of the project, each thing he does could almost be done by going into that graduate studio at U.C. Davis in 1964. He always, metaphorically at least, goes back into that room. He sits and thinks. There's a certain artistic quality. Bruce can draw. There's a little manual grace to things, plus a general rough-hewn-ness. You can't pin it down, but there's something Naumanesque about what Nauman does. I know that's a tautology."

If a general theme emerges over the course of the artist's career, its in the spirit of inquiry. Take, for example, his 1967 neon sculpture The True Artist Helps the World by Revealing Mystic Truths. The words, spelled out in neon, form a sentence arranged in a spiral that, were it to go on indefinitely in an endless repetition of the sentence, would appear to always lead back on itself. It is as though Nauman holds the statement at arms length, neither committed to it or rejecting it, and therein lies the question of whether or not the statement is true, at least from his perspective. "I think it's in the book where he's asked, 'Do you believe that?' and he says, 'I kind of did when I thought about it, but I have my doubts at the same time.' It could go on infinitely. ... There was that typical Naumanesque kind of thing with the crassness of the medium and the poetry of the content. Neon is a blinking sign that says cocktail or hotel or adult, you know? It has a rawness to it. That clash is part of the whole thing, just like there's a clash between his irony, skepticism, and his distance from this statement."

The piece was included in an installation in the U.S. pavilion at the 2009 Venice Biennale, along with a smaller version of Vices and Virtues, a series of blinking neon signs superimposed over one another and displaying the seven vices and virtues of the Catholic catechism. (The piece was originally installed at the Charles Lee Powell Laboratories at the University of California, San Diego in 1988.) In Venice, Plagens encountered The True Artist Helps the World by Revealing Mystic Truths in an odd placement. "It was meant to go in a window facing out. As I remember it, they put it at the back of that little pavilion so you had to walk around behind it where there's no sidewalk and crunch in the leaves in order to be able to read it. It was a genius bit of installation if you don't think someone's thumbing their nose at you. I didn't."

It would be easy to assume a word like anger or gluttony, blazing on the facade of the U.S. pavilion, which bears a resemblance to the facade of the U.S. Capitol, is making some kind of political statement, but here as in other works, Nauman makes no explicit assertions. There are suggestions in his art that provide the viewer a jumping-off point to explore themes and ideas.First, the viewer must wrap his or her head around Nauman's use of sardonic wit, as in the Self-Portrait as a Fountain, an image that recalls a 1966 work on paper titled The True Artist Is an Amazing Luminous Fountain.Is Nauman asserting in Self-Portrait as a Fountain that he is the true artist? Does the jokiness of the portrait belie the statement presented in the other work? "Bruce is a philosopher up to point," Plagens said. "He's taken a premise and followed it logically. Since he's not a philosopher writing a treatise, he says, OK, I'll stop here and make the leap, intuitively, to what I think it all means in a work of art.

"What might make it, to an academic philosopher, unsatisfying, saying, This doesn't answer all the possible arguments against it, makes it satisfying as a work of art, because it's much more visceral and open-ended."  ◀