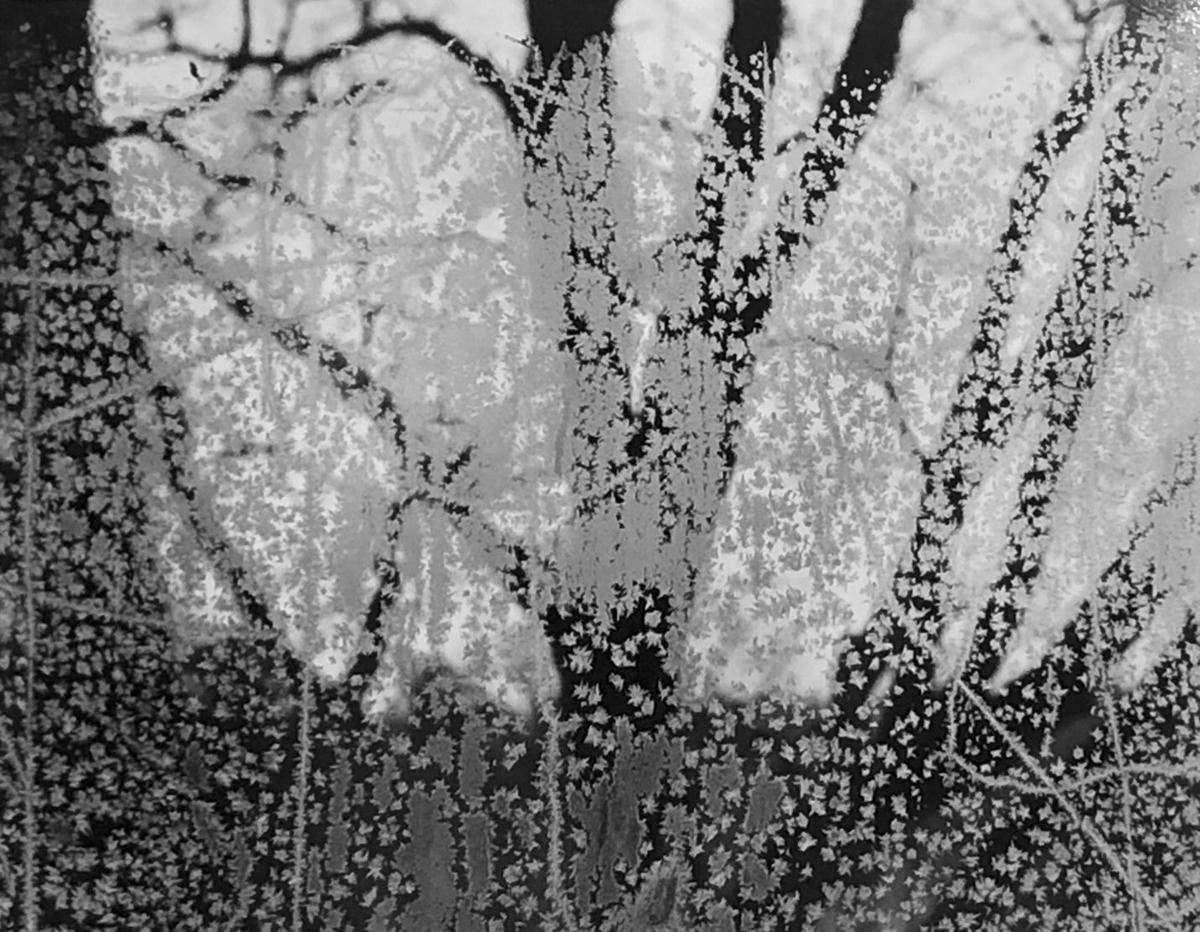 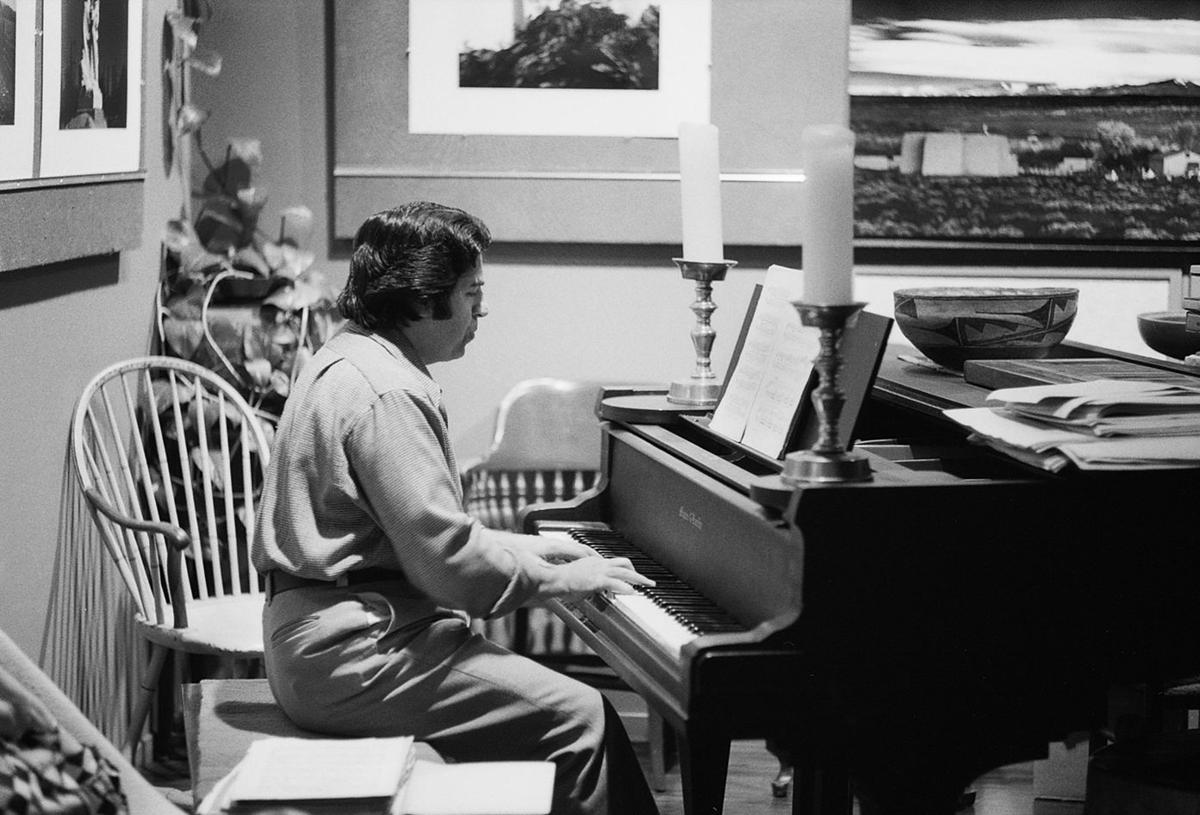 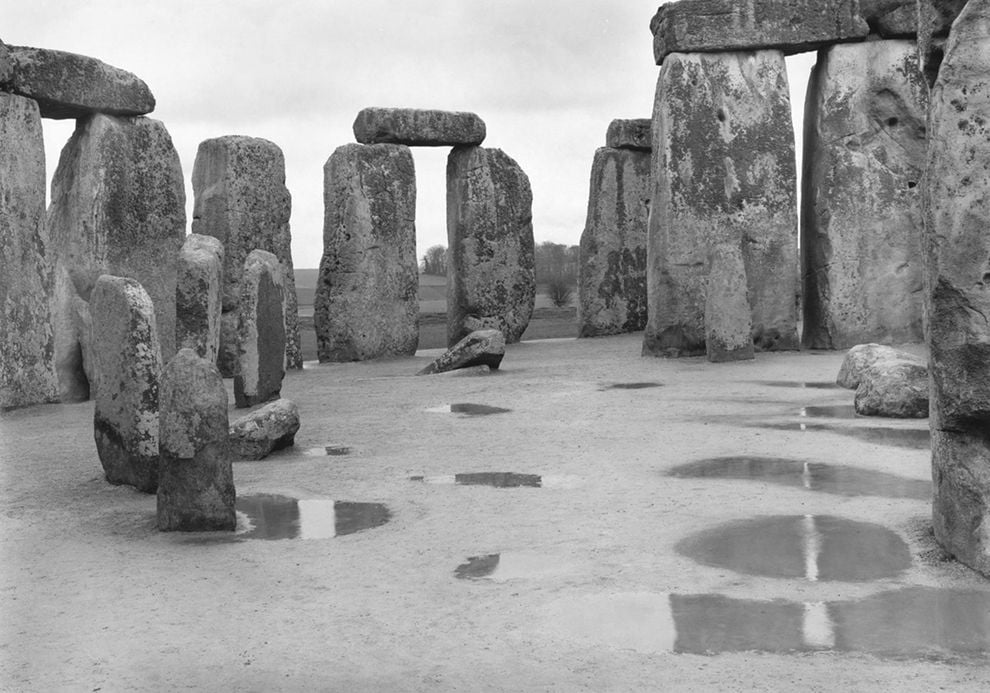 Master photographer Paul Caponigro has no use for technology. “There are simply too many other things to do.” As he put it in a YouTube interview, “I don’t web, I don’t site, I don’t Google, I don’t ‘e,’ and I don’t crash.”

Perhaps it’s this disconnection from modern technology that allows Caponigro to connect so deeply and profoundly with the natural world and, in the process, reveal some of those wonders through his photography and share that world with us. His black-and-white landscapes and still lifes capture an intangible, hidden realm that extends beyond the objects themselves. People often describe his work as having a spiritual quality.

About 50 of his photographs will be shown in the retrospective Paul Caponigro: Sixty Years, which opens Friday, Jan. 10, and runs through February at Obscura Gallery.

How does one choose only a few dozen photos among six decades’ worth of work? Caponigro compares the process to the old woman who lived in a shoe — the one who had so many children, she didn’t know what to do. The collection of work includes some of his best-known pieces — like Running White Deer, County Wicklow, Ireland, 1967 and Galaxy Apple, New York City, 1964 — alongside lesser-known images, including ones he shot in the Santa Fe area while he lived here from the early 1970s to the early 1990s.

Caponigro, who turned 87 in December, has slowed down in the past few years. He doesn’t shoot photos and develop them in his darkroom anymore, and arthritis has kept him from playing classical piano, a favorite pastime since he was a young boy (he would sometimes even indulge guests in a short concert during opening receptions of his exhibits over the years).

“I still have the spirit for shooting,” he says, “but health problems have kept me from it.”

Caponigro has been fascinated by cameras since he first saw one — his grandma’s Brownie, which she brought to Sunday dinners and other family events. Caponigro was about 5 at the time and so awestruck by the device that he grabbed it out of her hands to study it, as if under a spell.

“Two days later, we got our pictures from the drugstore,” he recalls. “I thought, ‘This is an interesting process.’ ”

About a year later, he was introduced to the view camera when a photographer came through his Boston neighborhood in a horse-drawn carriage, shooting portraits of kids. Again, Caponigro was mesmerized, staring into the camera’s big black lens. He was more impressed the following year by an even bigger camera used to capture his first Holy Communion photo in a professional studio.

When he was 12, he got a camera of his own, and his adventures began.

Nature quickly found its way into his work. “My connection to nature was strong from a very early age,” he says, recalling fishing trips with his father and foraging for mushrooms with his grandmother. When he was in junior high, Caponigro would stop at the ocean on his way home from school to collect shells, listen to birds, and play in the tide pools. During one of these after-school forays, “Nature just looked at me and said, ‘Why don’t you bring a camera, and you can bring me back to the house?’ ”

He realized that the print quality produced by the drugstore wasn’t good enough and decided to learn to develop his own photos. As a high school student, he begged for a job at a professional photo studio in town, telling the staff he’d buy them hamburgers or bring them coffee or sweep the floors — whatever it took to get hired. He got his first bit of photography education while working there, and by senior year, he’d begun earning money — enough to buy his first view camera — by shooting weddings. His career in photography had begun.

You might say fate intervened when, in 1953, Caponigro was scheduled to sail from Seattle to Korea with the Army just hours before President Truman ended the Korean conflict. Instead of heading off to war, Caponigro found himself on a train bound for San Francisco, where he was assigned to work at the Sixth United States Army photo lab.

While there, he was drawn to “all this good classical music — not the everyday pop radio” coming from a darkroom belonging to, as he would learn, Benjamen Chinn. The two began talking about music, but soon enough, the conversation turned to photography — style, technique, composition, developing. Chinn later introduced Caponigro, just 19 at the time, to a slew of West Coast photography giants, including Ansel Adams, Minor White, Dorothea Lange, and Edward Weston.

This chance meeting led to big changes for Caponigro. His technique improved as Chinn taught him Adams’ methods for shooting and processing film, but the young photographer knew technique could only take him so far. For this reason, he gravitated toward White, who delved into the psychology and spirituality of the image. Caponigro later studied under him in Rochester, New York, and White gave Caponigro his first exhibit — at the George Eastman House in 1958. The two also spent a summer traveling across the country, camping along the way and at one point spending a few weeks with Adams before landing in the West Coast to teach photography workshops together.

In the ensuing years, Caponigro taught photography part-time at Boston University, won two Guggenheim Fellowships (1966 and 1975), and spent a year in Ireland with his wife and son, photographing prehistoric temples. In 1974, he moved his family from Connecticut to Santa Fe, a place both he and his wife had liked. The landscape drew him in, and during his roughly 20 years living here, he captured the region in his photos.

Among Caponigro’s Southwestern images in his Obscura show is Cloud and Tree, San Sebastian, shot just outside of Santa Fe in 1982. In it, a glowing cloud — as if backlit in a studio — seems to enter from the left side of the print and move toward a tree to its right. The tree and cloud seem to be talking to one another — even longing for one another. Or is the cloud moving in the opposite direction, as the tree’s silhouetted branches reach toward it? They are inanimate objects but seemingly alive, and in conversation.

He has long said that his favorite music — Mozart, Debussy, Chopin — informs his images, and vice versa. “The black-and-white tones in the print are very close to the tones in the music,” he says.

So many variations — a world of grays — exist within what is deemed a black-and-white image.

Caponigro will show only black-and-white images for the show at Obscura, which is his preferred palette and the one he’s become best known for.

“Color, for me, is too close to nature. It will almost immediately associate you to the original object,” he says. “Black and white removes it just enough so that I can work abstractly. I can begin to dream a little. Because it’s all about dreaming.” ◀

Opening reception with the artist 5 to 7 p.m. Friday, Jan. 10; exhibit though February

I went to high school with Paul and his work reflects those years in that he was open and affirmative then as now.

I treasure a CD of his piano talents he gave to many of us at a reunion a few years ago.