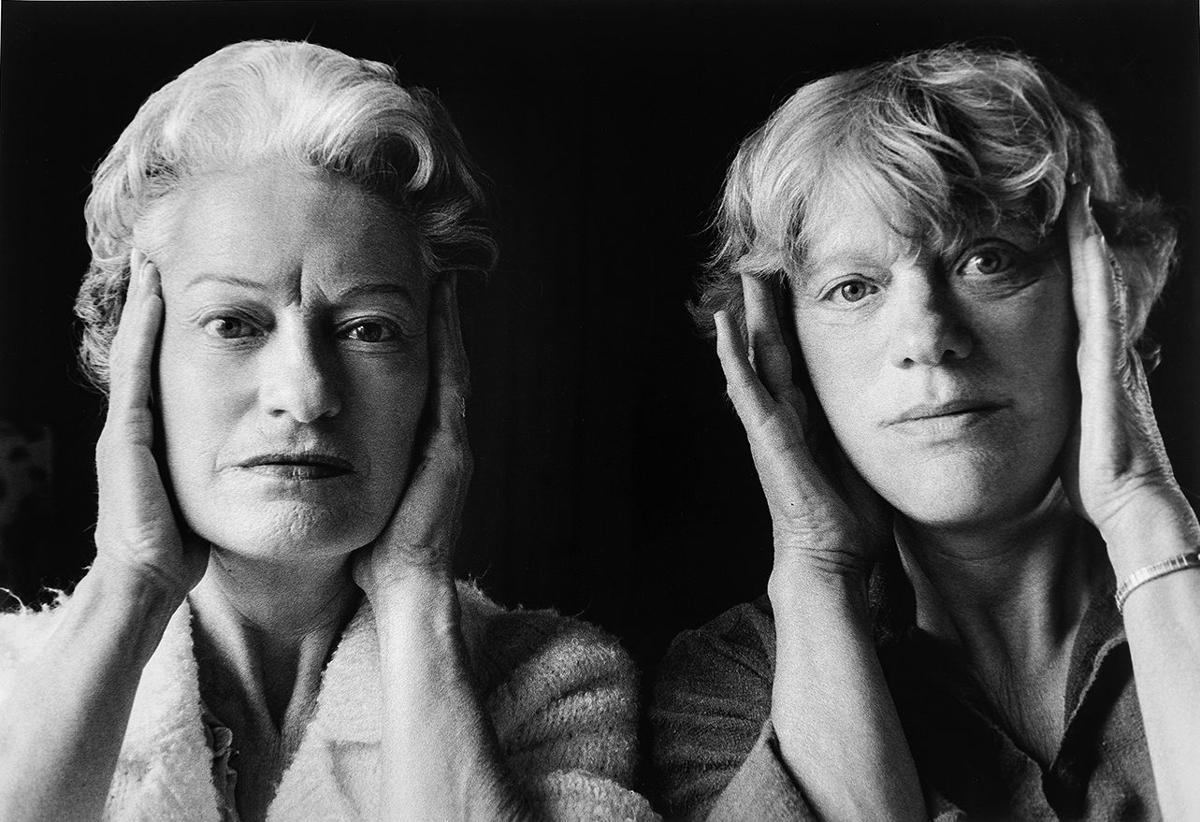 Anne Noggle, Reminiscence: Portrait with My Sister (1980), from Flight of the Spirit: The Photographs of Anne Noggle, courtesy Museum of New Mexico Press 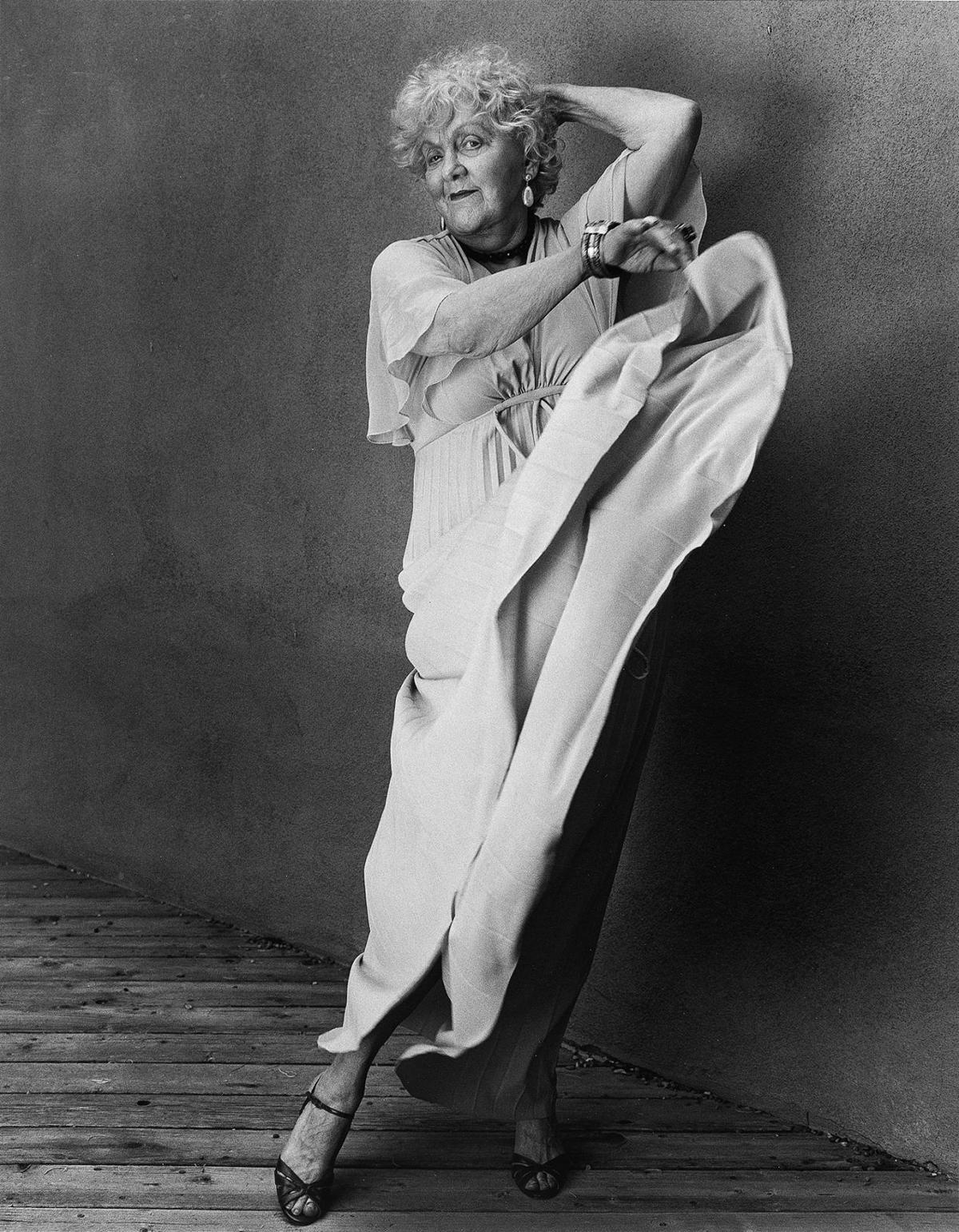 Anne Noggle, Myself as Marilyn Monroe (undated), from Flight of the Spirit: The Photographs of Anne Noggle, courtesy Museum of New Mexico Press 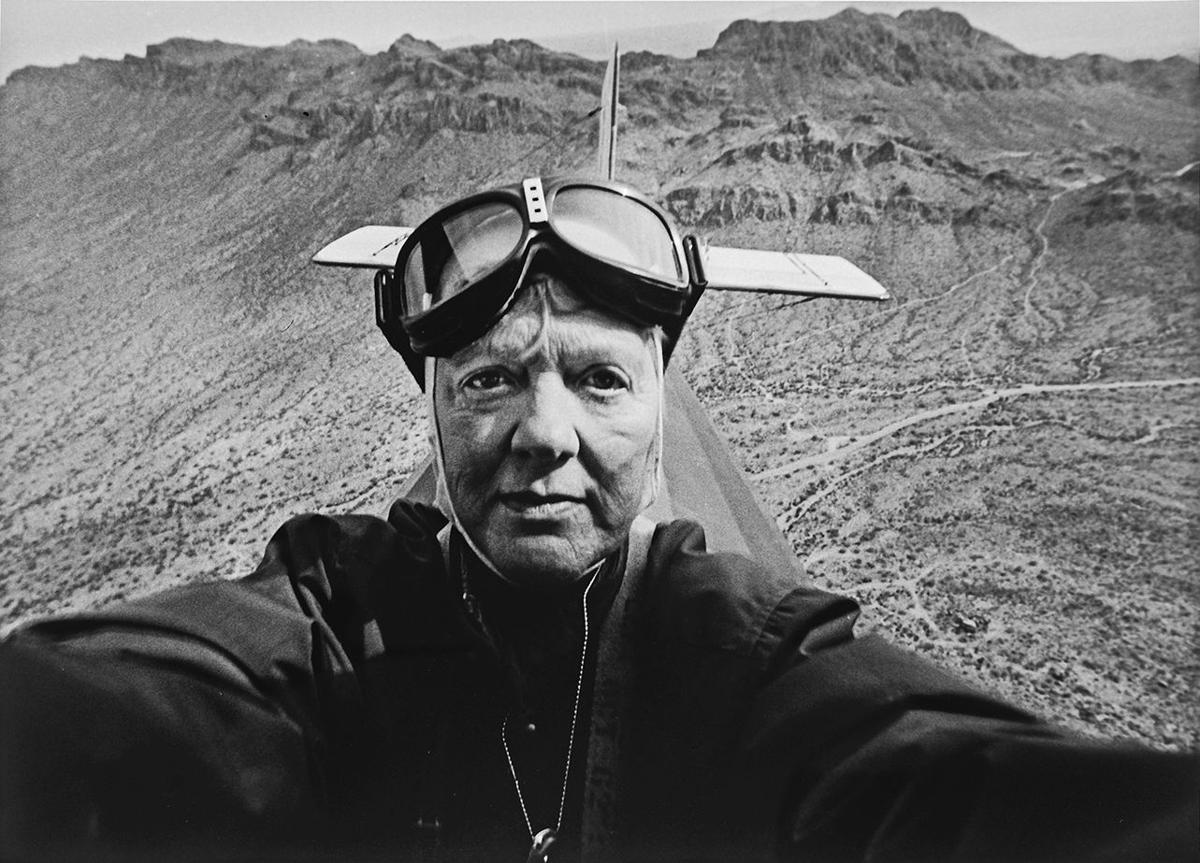 Anne Noggle, Myself as a Pilot (1982), from Flight of the Spirit: The Photographs of Anne Noggle, courtesy Museum of New Mexico Press 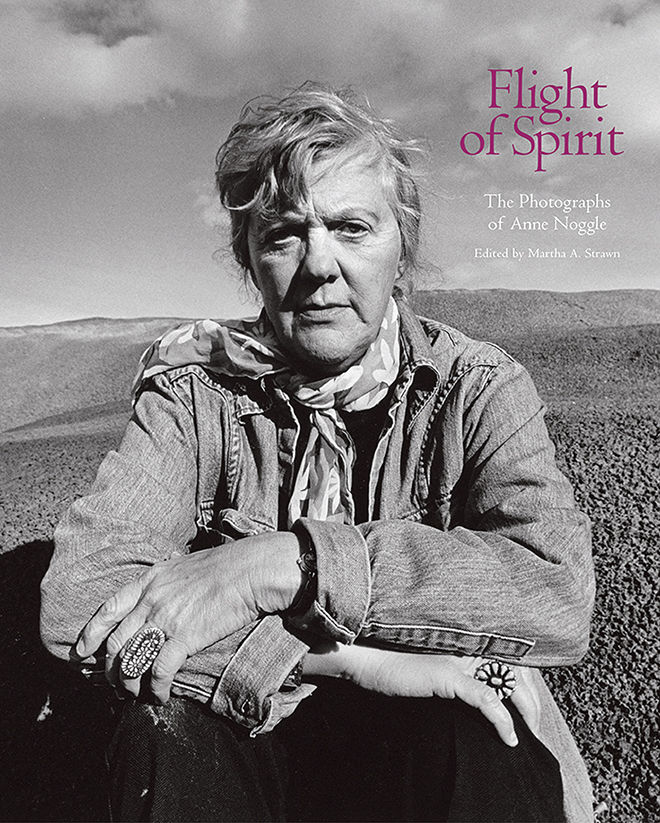 The cover of Flight of the Spirit

Anne Noggle, Reminiscence: Portrait with My Sister (1980), from Flight of the Spirit: The Photographs of Anne Noggle, courtesy Museum of New Mexico Press

Anne Noggle, Myself as Marilyn Monroe (undated), from Flight of the Spirit: The Photographs of Anne Noggle, courtesy Museum of New Mexico Press

Anne Noggle, Myself as a Pilot (1982), from Flight of the Spirit: The Photographs of Anne Noggle, courtesy Museum of New Mexico Press

The cover of Flight of the Spirit

In a culture that idolizes youth, where “anti-aging” products are sold in every grocery store and magazines are steeped in images of narrowly defined beauty, Anne Noggle’s portraits of middle-age and elderly women may elicit an uncomfortable, visceral response. Blunt and honest in her work, Noggle revealed the effects of aging through her often stark black-and-white photography.

Longtime friend and photographer Martha Strawn believes Noggle was the first photographer to ever deeply explore the aging process of women in such an overt manner. During the past three years, Strawn combed Noggle’s archive at the Harry Ransom Research Center at the University of Texas, Austin, to curate a collection for a 160-page book. The result, Flight of Spirit: The Photographs of Anne Noggle, is a survey of her work that was released this summer through the Anne Noggle Foundation (of which Strawn is president) and published by Museum of New Mexico Press.

“She was a bigger-than-life person and a great mentor,” says Strawn, a professor of art emerita at the University of North Carolina who met Noggle as a colleague on the board of directors of the Society for Photographic Education. “She was tough but so romantic, such a strong but girly person. I inherited her glitter. Literally.”

A book launch, including a presentation and book signing with Strawn and noted art critic Lucy Lippard, who wrote an essay in the book, will be held at Obscura Gallery on Friday, Nov. 8. Large signed prints of her work will be available for purchase.

“She is legendary for being a female pilot and photographer and pushing the notion of the female portrait,” said Jennifer Schlesinger, owner and director of Obscura Gallery, who has exhibited Noggle’s work in the past. “I think she paved the way for more contemporary photographers who came after her.”

In Agnes in a Fur Collar (1979), her mother’s leathery skin is echoed in texture by her wild, wiry hair and the fur collar around her neck. It’s almost as if Noggle sought out the deepest lines in her subject’s face but also showed her taking pride in wearing formal attire, despite her age. In her photo Reminiscence: Portrait With My Sister (1980), she and her sister, Mary, pull their faces back into a youthful mask, as if peering into a mirror, back in time, and daydreaming, “If only.”

But Noggle was probably best known for her solemn and playful self-portraits. In them, she acknowledged her sags and wrinkles as well as her body-punishing effort to avoid them — as seen in her Facelift series. Her work was a stage to explore what it meant to see herself — and herself in others — as she grew older.

You have to wonder, though: Was she celebrating aging or is she simply documenting its brutal truth in images like Self Portrait, Before Surgery (1975)? In it, she squints into the sunlight (and the camera). Her face is tired and flabby and almost fills the frame. In the intersection between the title and the image, you see a woman on the cusp.

In Facelift No. 3 (1975), Noggle again stares solemnly into the lens, but this time her face is bruised, and black stitching from the surgery encircles her eyes. She holds a droopy flower, seemingly plucked from a nearby bush, between her lips. She seems baldly defiant of your judgment.

“I think that is the contradiction: she’s trying to show the beauty and dignity of aging but also grappling with the process of aging herself,” says Strawn, 74. “She wanted a facelift and a body lift. It wasn’t something I would’ve done — then or now. But I heard her talking about it and understood how it made her feel better as she got older. ... Some people really want to feel younger and more vibrant till the moment they die.”

When Strawn showed Noggle’s facelift and body-lift photographs at the Light Factory in Charlotte, North Carolina, in the 1980s and ’90s, she left a pad of paper for people to comment. She was moved by what women had written. They understood why Noggle created these portraits, and they shared the same inner conflict.

In her poem “Sketch for a self-portrait,” Noggle writes, “Are we granny or auntie or that old lady down the street. I have lost my way/And my face reminds me of that. Every Stop and Start, love and loss legible./A whole individual story and who will read it./Who will look at my face and find me there?”

Perhaps her fascination with depicting the Greatest Generation was the result of coming to photography later in life. Noggle, who died in 2005 at age 83, discovered the art in her 40s, after health issues forced her to retire from her first love, flying. After several years as a World War II pilot and crop duster, she moved to Albuquerque and began to study art at the University of New Mexico. She brought to the camera the same headstrong, daring spirit she had as a pilot, documenting the ravages of time, particularly on women, while struggling with her own appearance. When she was 48, she had her first solo exhibition in Taos. Shortly after, she volunteered at the New Mexico Museum of Art as its first curator of photography.

Former University of New Mexico photography professor and longtime friend Betty Hahn knows firsthand what it’s like to be the subject of an Anne Noggle gaze. They met as professors at UNM and became close friends, which meant Noggle wound up taking several portraits of her over the years.

“I thought I’d look how I look,” Hahn says. “But when I saw the pictures, it was always something different from what I thought it would be. They were always a surprise to me. … She was good at making people look the way she wanted them to look.”

Her self-portraits reflected this same chameleon quality. Look at 10 such images of Noggle, and she looks like a different person in nearly every one. The same could be said for the portraits she shot of her mother, Agnes, as she aged, and of her sister.

“That’s what was unique about her talent,” Hahn says. “She could photograph the same person and bring out different aspects of their personality.”

As Lippard writes in the book’s foreword, Noggle’s self-portraits are not selfies. Rather, she “used herself ‘universally,’ exploring emotions by seeing herself as a catalyst for seeing others.”

Hahn observed her shooting photos of others over the years, from close friends to people she’d just met in passing. Sometimes Noggle would walk right up to people on the street and ask to take their photo, Hahn remembers. “After I got to know her, I was allowed to know how she did things. She didn’t do a lot of directing. She did a lot of watching and waiting. She was gonna wait until you were totally relaxed. She was waiting for what she wanted.”

Former UNM photography professor Thomas Barrow admits he wasn’t a fan of all of her portraits, but says he admired some of her more serious subject matter, like the work dealing with her facelift. “Her self-portraits especially [were] very powerful stuff,” Barrow says, adding that her self-portraits surpassed those of renowned photographer Cindy Sherman. “I think she was far ahead of Cindy Sherman. Cindy Sherman masqueraded. She was not interested in revealing herself. She said that her work started because she liked dressing up. I don’t think Anne ever would have said that. Anne had an unsparing look at herself.”

He speculates that Noggle would have been more well-known had she lived in L.A. or New York. “I think for a long time, she wasn’t seen outside of New Mexico. Since she died, she’s received more attention — and much deserved.” ◀

▼ Flight of Spirit: The Photographs of Anne Noggle