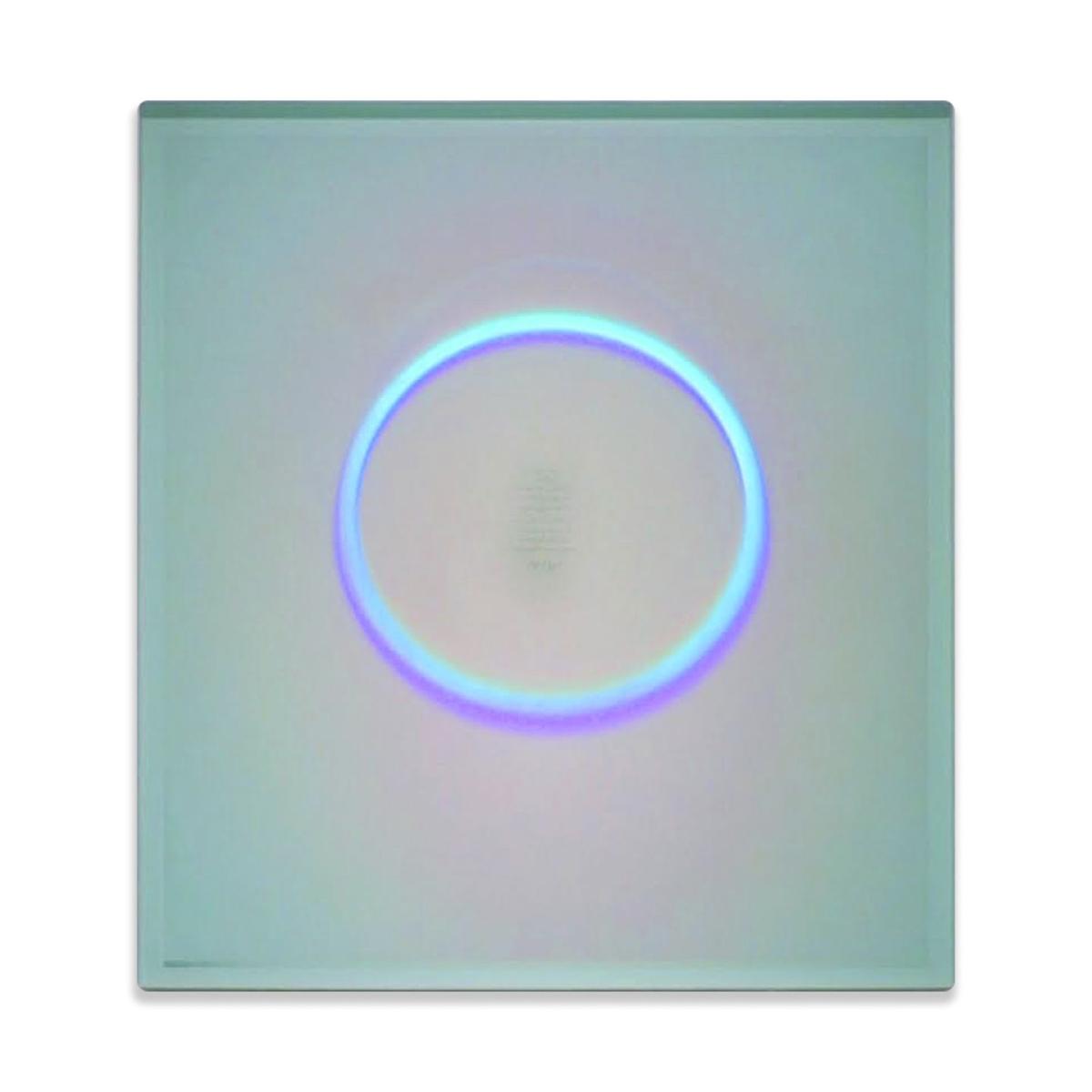 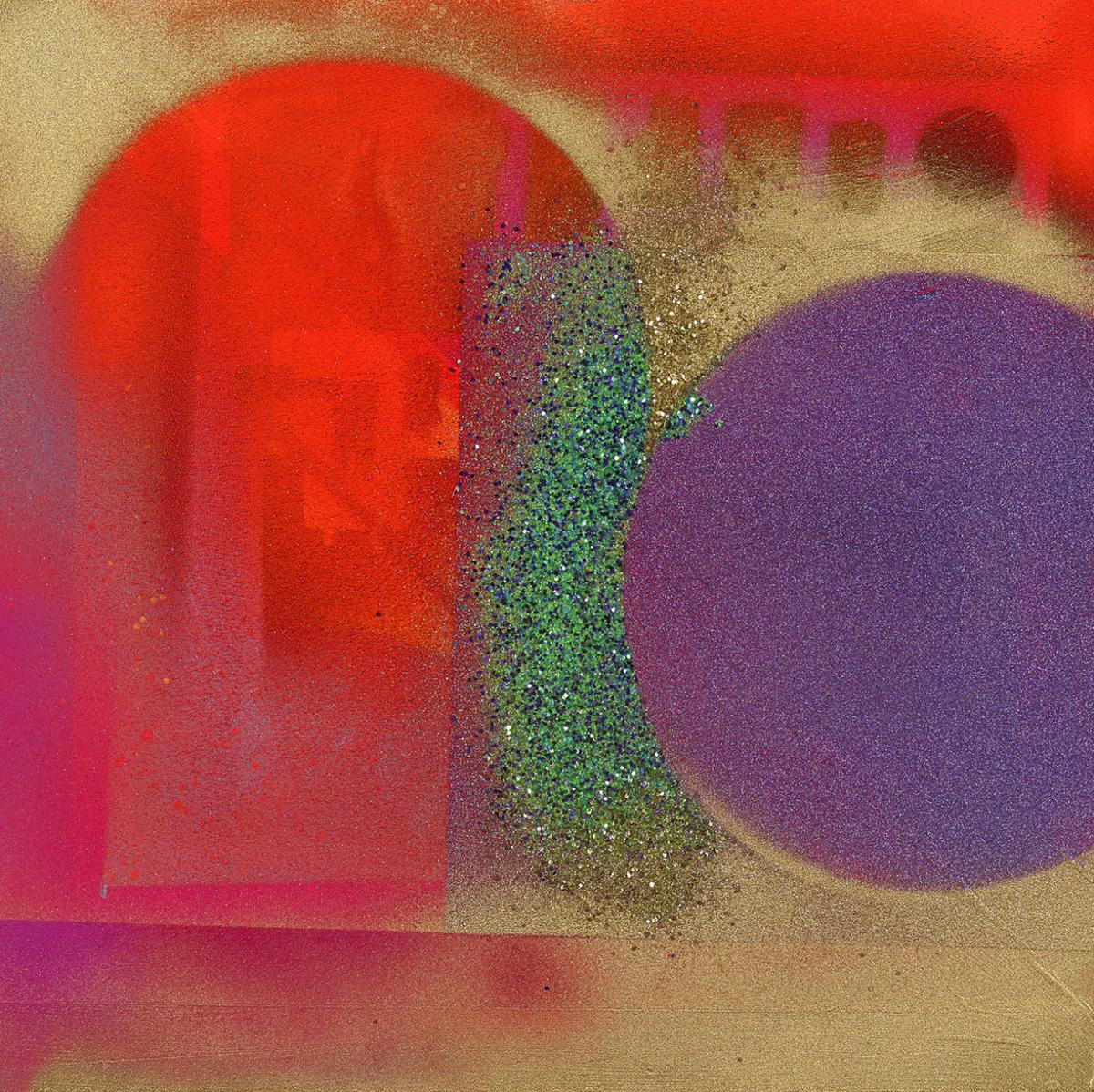 "Light is the faithful archivist of time,” reads the poetic tagline on artist August Muth’s website. Along with the paintings of Nola Zirin, Muth’s work is showing at Canyon Road’s OTA Contemporary in the exhibition Enigma. “The relationship between August Muth’s holography and Nola Zirin’s paintings is light,” said gallery owner and artist Kiyomi Baird. “Zirin’s work has a strong emphasis in color, which she uses to suggest light and shadow. On the other hand, the basis of Muth’s holography is the reflection of light, creating the color we see in each shape. When exhibited together, these two bodies of work speak to one another.”

Muth is a pioneer of a genre that’s still largely unexplored in fine art galleries — large-scale, single-beam holograms. “The essence of my work is light, and it’s experiential in context,” Muth said. It’s challenging if not impossible to perceive the visual impact of a hologram without seeing it in person; not even a video can really convey the dizzying depth of the medium. “From an early age, I had an interest in light,” he said. “In my teens, I made water-filled prisms and would shine Spectra colors on my family’s garage door. I also began making metal sculpture and jewelry focusing on highly polished reflective surfaces combined with opals. After studying art and physics at the college level, I saw a hologram and realized that holography tied all my interests together.” Muth cites inspiration from renowned artists James Turrell and Robert Irwin, but also from Albert Einstein. “In my perception,” Muth said, “the pursuit of science and the creative experience within art stimulate the brain in a similar manner.” In Please Stand By, a glowing circle overlays a translucent turquoise field of color. With its buzzing, glowy coloration and its central circle, the piece is reminiscent of Dan Christensen’s abstractions; the work would stand alone as a wholly contemporary piece, but the holographic element makes it transfixing.

Though he’s contributed work to Currents, Santa Fe’s annual exhibition of new media, Muth doesn’t necessarily think of his work as fitting into that category. “New media usually involves a digital control component. My work doesn’t have that, as it is manifested through the analog process of wave interference.” The vertically oriented Arctic Ebb features jagged dashes of neon color traversing the diaphanous compositional surface in blazing greens and pinks; it’s a psychedelic mash-up of light and color. Muth said, “Most of what we understand about the universe is derived from wave interference. Iridescent color as seen in bird feathers, butterfly wings, and opals are all examples of how light waves interfere with themselves.” From this perspective, Muth’s futuristic-feeling holograms are actually manifestations of eternal natural phenomena.

Enigma marks abstract painter Zirin’s first time exhibiting in Santa Fe, and her dynamic and varied contribution to the show occurs as an energetic counterpart to Muth’s. Zirin’s work, like Muth’s, benefits largely from being seen in person. Zirin is a lifelong resident of New York City, which the artist said has always been an important inspiration for her work. Suspension suggests a familiarity with the rush of urban environments and also takes cues from El Lissitzky’s Constructivist abstractions or from Wassily Kandinsky’s shape-splayed, nonrepresentational works. At 6 feet by just over 4 feet, the painting hurtles us into the center of a composition dense with frenetic movement and fractured triangulations. Shafts of color zoom to and from the painting’s center; in person, it is utterly engrossing.

At just 12 inches by 12 inches, Geo has outsized compositional elements that belie its modest size. Overlapping squares of yellow and turquoise appear to have a rough, sandpaper texture, enhanced by a dusting of glitter that suggests cosmic activity. Another small painting, Moroccan Dream, is a shout of brilliant pinks and oranges: hotly intoxicating colors that sizzle across the canvas. Here, the overlay of glitter isn’t an afterthought but an important component to a painting that sidesteps a slow burn in favor of a full-on fireworks display. Zirin’s paintings contain strong shapes and dense coloration, but they also seem to undulate before our very eyes, revealing new patterns and textures in a way that’s strangely illusory; this aspect of Zirin’s work is especially arresting when studied alongside Muth’s more literal shifts of color and form.

Enigma, works by August Muth and Nola Zirin, through Nov. 9

"Iridescent color as seen in bird feathers, butterfly wings, and opals are all examples of how light waves interfere with themselves." — August Muth