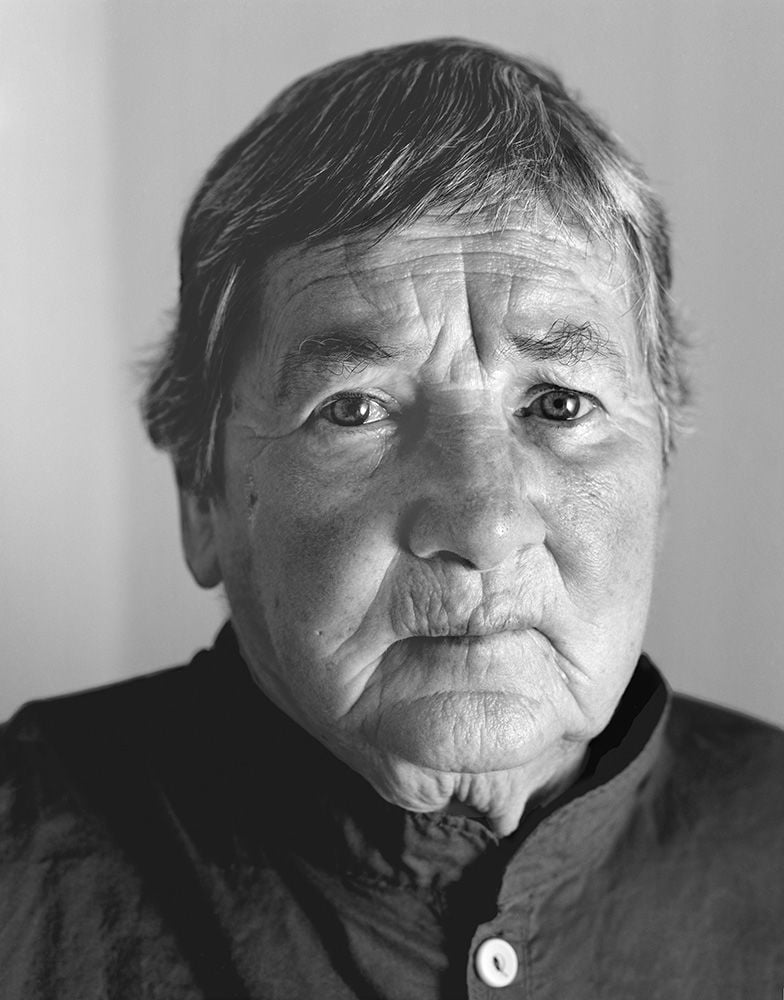 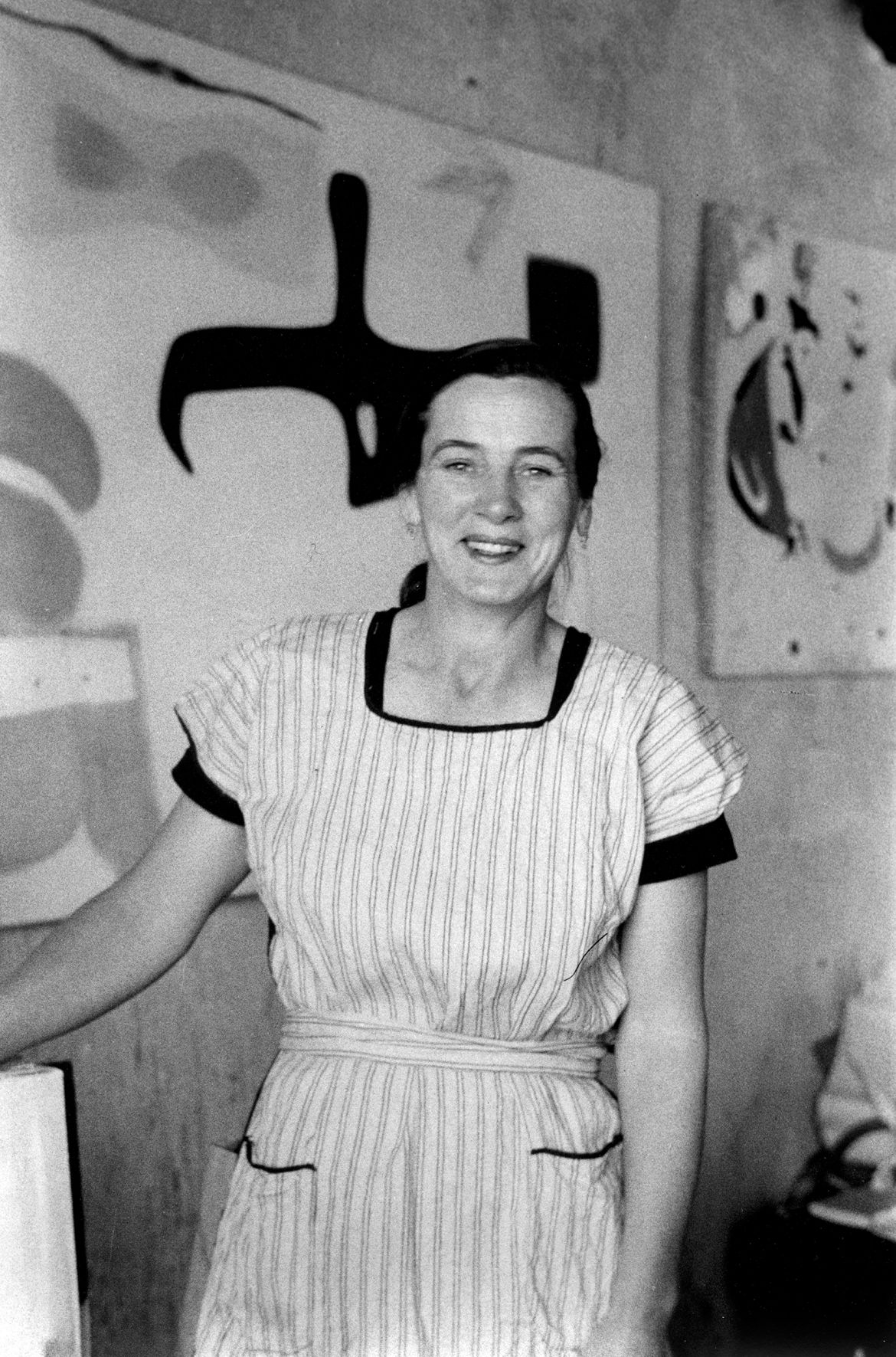 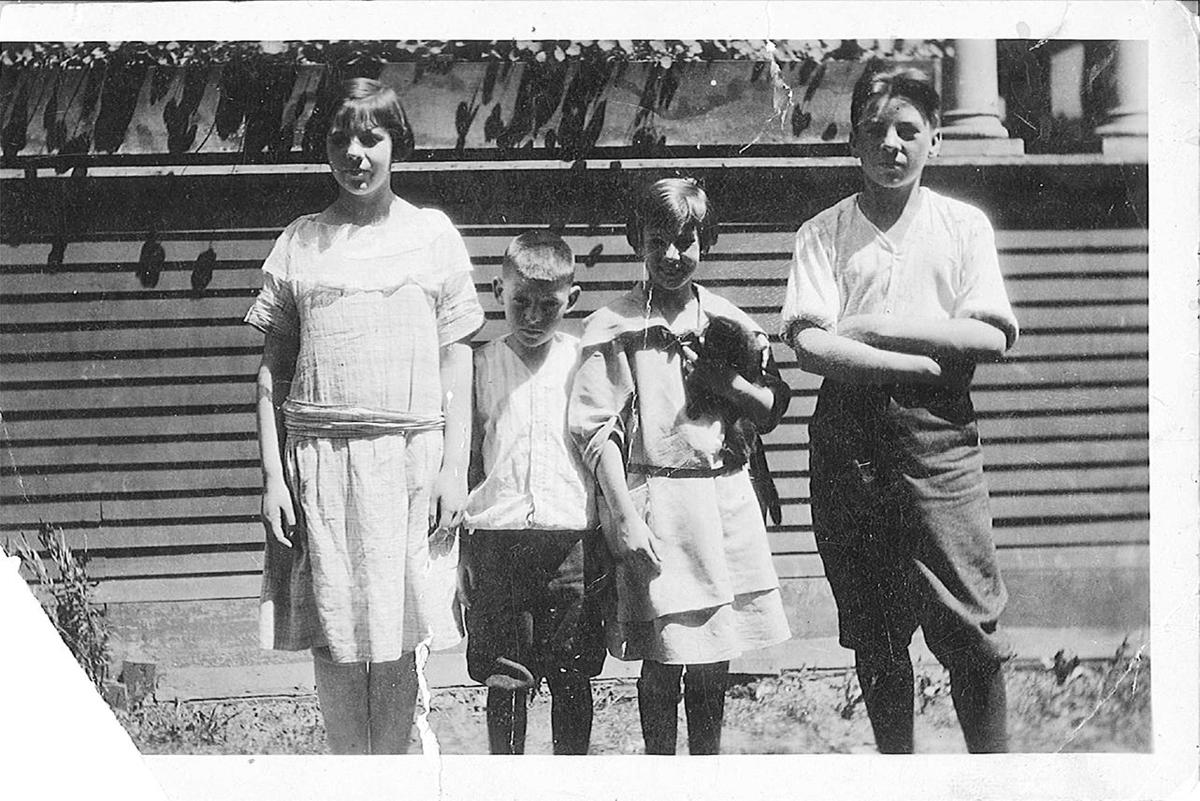 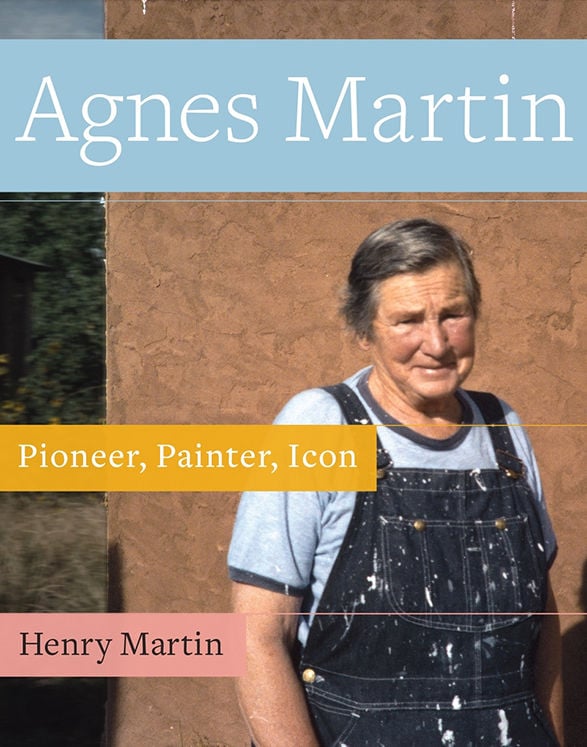 It’s a bit of a myth that when Agnes Martin left New York in 1967 and then settled in New Mexico, she did so as a means of retreating from the art world. She may have been disillusioned with New York, as author Henry Martin (no relation) notes in his new biography of the artist. But at age fifty-five, her decision to leave New York marked the beginning of a much longer period of productivity.

“Various accounts state that she left New York shrouded in mystery and, apparently, unexpectedly,” the author writes in Agnes Martin: Pioneer, Painter, Icon (Schaffner Press). But New York wasn’t the only art center in the United States, and a move to the high desert was, after all, in keeping with historical convention. “There was a long tradition of New York artists settling in New Mexico,” according to the author. And Martin had been here before, first while on vacation in 1942 and again in 1954 as the recipient of a Helene Wurlitzer Foundation artist residency, living in Taos. Martin decided to return in the late ’60s because New Mexico had become a part of her. “She said herself that she came home,” Henry Martin said in an interview. “I think it had a very important personal significance to her, because it’s where she came of age as an adult. Then later on, it was a community she felt a part of and patronized. I imagine she would have always ended up going back there because I think it’s where she felt safest.”

Martin, who struggled with schizophrenia for much of her life, did experience bouts of self-isolation and frequently retreated from the public eye. But in between the more troubled moments of her life, a more well-rounded, adventurous, and vibrant narrative was waiting to be teased out.

Agnes Martin: Pioneer, Painter, Icon — among the more complete biographies on the artist’s life — was written, in part, to address a dearth of information about the painter. “There wasn’t a huge amount out there, and what was out there was very kind of surface level — this happened on this date and this exhibition opened on this date,” Henry Martin said. “So I think one of the joys for me, and hopefully it comes across in the book, is that I’m just giving her friends and the people she worked with the opportunity to tell about their relationships with her. While I’m there guiding the reader, kind of bringing it all together and putting an art-historical slant on it, I feel like you get the real insight from her friends and the curators she worked with.” The result is an intimate and anecdotal view of the artist.

Judging from the author’s account, Martin would have been averse to a “surface level” biography — that of facts and little substance. He takes a quote from one of Martin’s letters — cited in Arne Glimcher’s 2012 book Agnes Martin: Paintings, Writings, Remembrances — where she expresses some disdain for biographical fact: “I read yesterday a scholar who discovered that a Chinese painter died in 1256 not 1257. I can’t understand scholarship. Just don’t get the point.” While we can plainly state that the painter was born in Canada in 1912, the fact is less interesting than another detail included in the book: When she was a girl, the painting The Angelus by French artist Jean-François Millet, which she first encountered as a postcard, had a lifelong impact on her own artistic life, even though she would be primarily remembered for paintings far removed from Millet’s realism. “It’s a predicament trying to write a book about someone who didn’t particularly want to be written about, and there are lots of different reasons why that was so,” Henry Martin said. “But, at the same time, one of the reasons people don’t want to be written about is so that they can control how they are seen by the world. My interest, I suppose, came about because I wanted to know more about the artist. I never set out to write a biography. I’m not a biographer, as such. I just had a sense that there must be some kind of story here that hasn’t been told.”

The story of Agnes Martin is rich and varied. The author doesn’t so much dispel the romantic notion of her rise from country bumpkin on Canada’s pioneer plains to a New York bohemian, to an iconic Southwestern artist not unlike her friend Georgia O’Keeffe. Rather, he adds to it, pointing out, however, that her being poor while struggling to make it as a New York artist — particularly as a woman, a lesbian, and an immigrant — was not particularly romantic. Her successes, in that regard, and the fact that she was dealing with debilitating mental illness, seem all the more compelling. Martin settled in Coenties Slip in lower Manhattan in the late 1950s after having first lived in the city in early ’40s while attending Columbia University’s Teachers College (Columbia College, the university’s undergraduate school, had not yet started admitting women). Between her stints in New York, she lived in Portland, Oregon, and worked at the Kaiser Shipyard on Swan Island. But gallerist Betty Parsons, who helped launch the careers of Jackson Pollock, Ad Reinhardt, and other prominent postwar artists, convinced her to move back to the city after seeing her work in New Mexico.

The postwar art scene in New York was an electric one, particularly with the rise of Abstract Expressionism, a movement with which Martin associated herself. But her work, even in the late ’50s, was more precise and deliberate than the impromptu nature of the paintings of Ab Ex artists, although abstraction was an important element in her paintings. Henry Martin writes that the works she produced in the late ’50s were close to those of Reinhardt (with whom she became friends), as well as the paintings of Mark Rothko and Barnett Newman — all paintings that expressed, he writes, “chromatic fields of color.” Her paintings reflected the influence of the Color Field school of artists, but soon became more minimalist. In fact, her earliest grid works were made when she lived on the East Coast.

She also often abandoned paintings that didn’t reflect the growing minimal aesthetic that would come to dominate her style. “There’s been a lot of attention paid to New York, just in the sense that it feels glamorous and fits into a pre-established narrative in American art,” Henry Martin said. “She says herself that in New York, she really flew at it and just painted and threw them away, painted and threw them away. It was clearly a very exciting time for her and she was being adventurous. She was creating sculpture. She was working with found objects. She was interacting with the artists around her. During her first stint in New York she worked in Harlem. She even spent some time working in Bellevue as a cleaner during the holidays. Her partner at the time, Mildred Kane, wrote about their blouses being so dirty from coal dust — just a really evocative description of the time period and how the city just gets into your skin.”

Martin was achieving notoriety for her work. But New York was ultimately a short-lived period in her life. In Coenties Slip she lived near Ellsworth Kelly, Robert Rauschenberg, and Jasper Johns, among other notable artists. But it was also a time when she experienced increasing mental health issues. While one can speculate on whether or not her interest in the grid acted as a kind of countermeasure to the chaos in her mind, the author adds an additional perspective. “The Abstract Expressionists sought to represent and confront a tormented postwar American mentality — Agnes sought to pacify it,” he writes. He notes that it’s not clear when she was first diagnosed with schizophrenia. But by the early 1960s, she was experiencing violent, manic, and catatonic episodes as well as hallucinating. She underwent electroshock therapy treatments at Bellevue, the same hospital where she found occasional work early in her career. “I think schizophrenia was just one part of her,” he said. “Unfortunately, in the time period she lived in, because it wasn’t well understood, it was possibly a bigger element to her than it should have been. I think it is very clear from talking to her friends that the electric shock treatment had a major impact on her emotionally, as well as physiologically. My understanding is that her long-term memory was affected, and it was clearly a very traumatic experience.”

In time, however, she began to engage with her work in a way that seemed therapeutic — entering into conversations with her paintings that, perhaps because of her schizophrenia, could seem very real. “From what I’ve learned about her and what the people I’ve spoken to have said about her — and this includes curators as well as her friends — she did hear voices that could both be positive and negative,” he said. “She did enter into a dialogue with them. She did that not necessarily always in the practice of her art. I wondered if, in her studio, they actually disappeared in the act of focusing so intently on the canvas. I think we all have voices and we all have dialogues. I’ve spoken to a number of artists since, and they’ve often said that they speak to their work, which I never heard before until I encountered it with Agnes, and I’m wondering if that’s because it is an extension of the self.”

It isn’t an overstatement to suggest that Martin’s book adds more dimension to Agnes Martin as an artist and a person. He treats her mental illness as more episodic than character-defining. “I think there’s lots of other elements to her character,” he said. “We could take things for granted in a sense: the fact that she was a woman, that she was queer, that she was an artist, that she was a poor person. Despite all of those things, she managed to achieve a fantastic education. She achieved wealth. She maintained relationships later in life. She achieved success. I really see her story as being one that anybody can relate to, in the sense that she encountered many obstacles that she slowly overcame. She really did that against the odds.” ◀