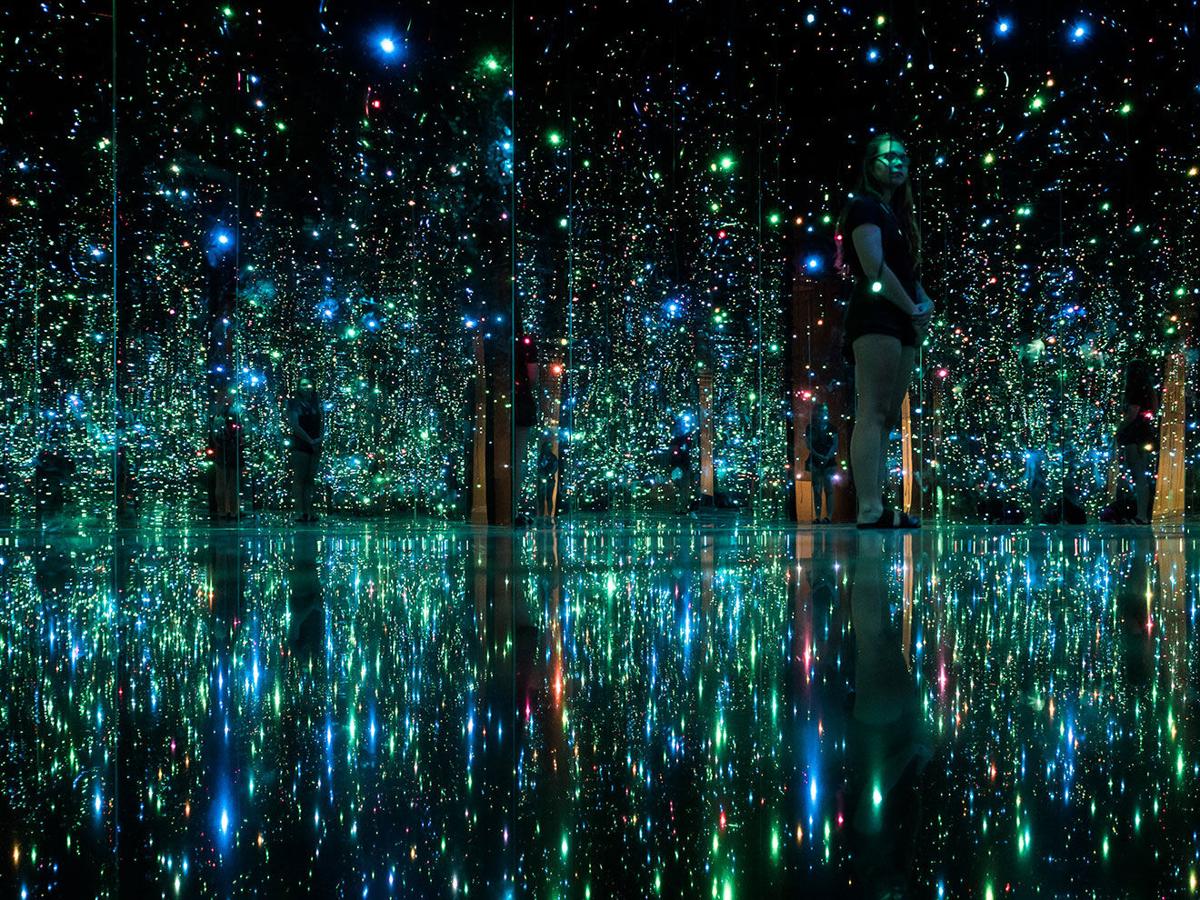 Yayoi Kusama, You Who Are Getting Obliterated in the Dancing Swarm of Fireflies (2005), mixed media installation with LED lights, collection of Phoenix Art Museum, courtesy the museum 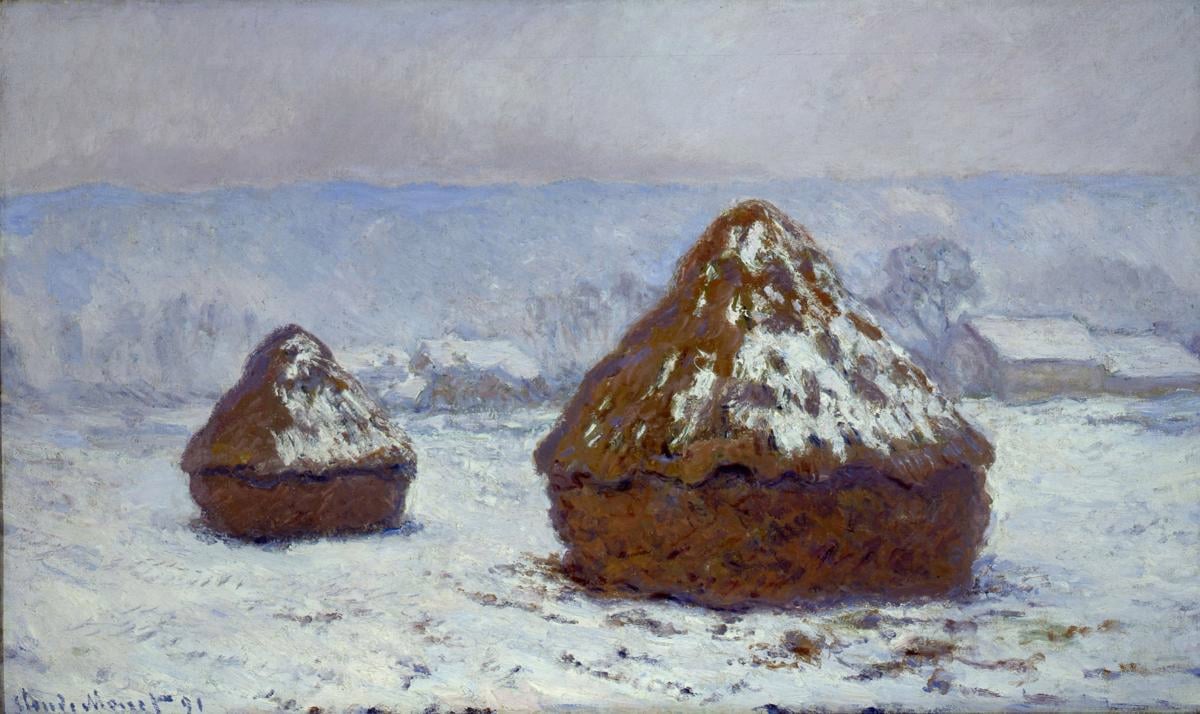 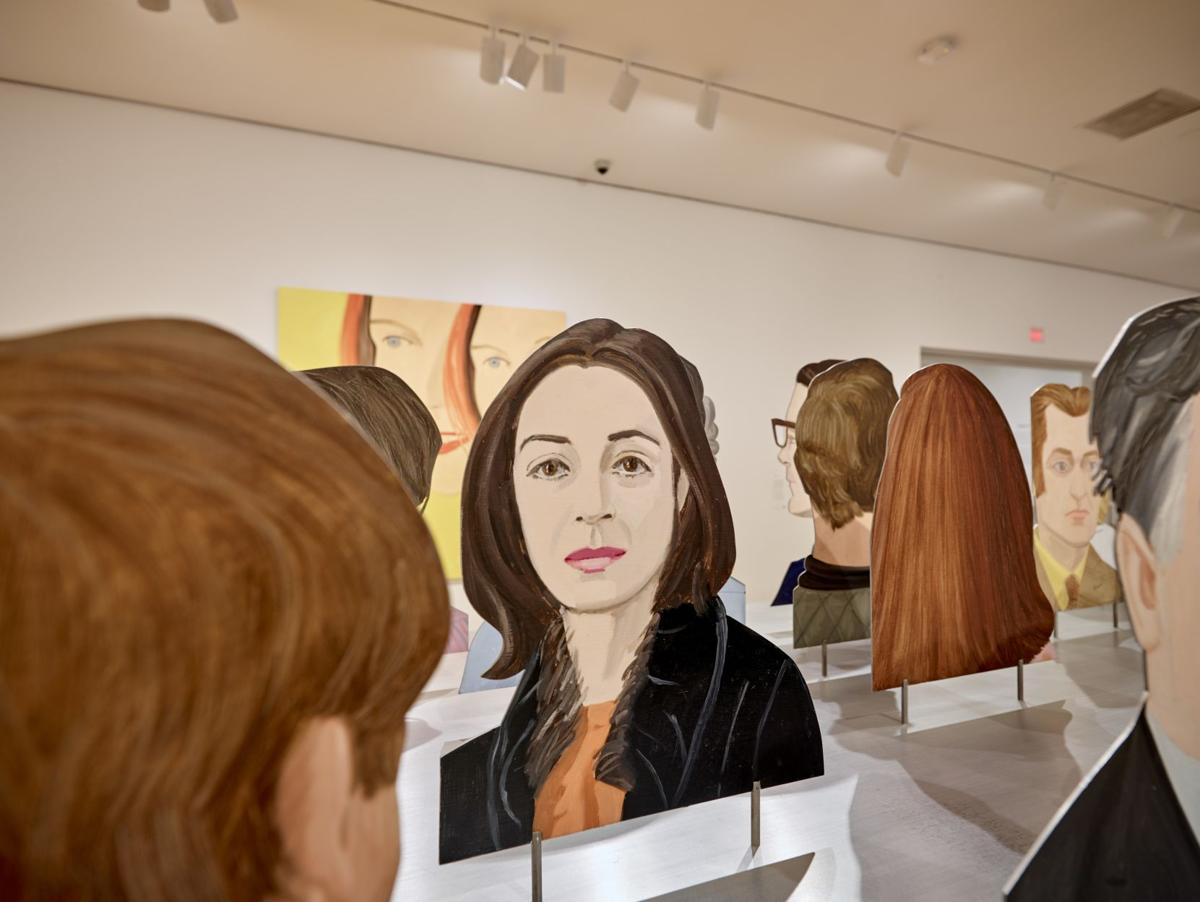 Alex Katz's One Flight Up (1968) includes this detail of his wife, Ada, one of many portraits in the oil-on-metal work, Dallas Museum of Art 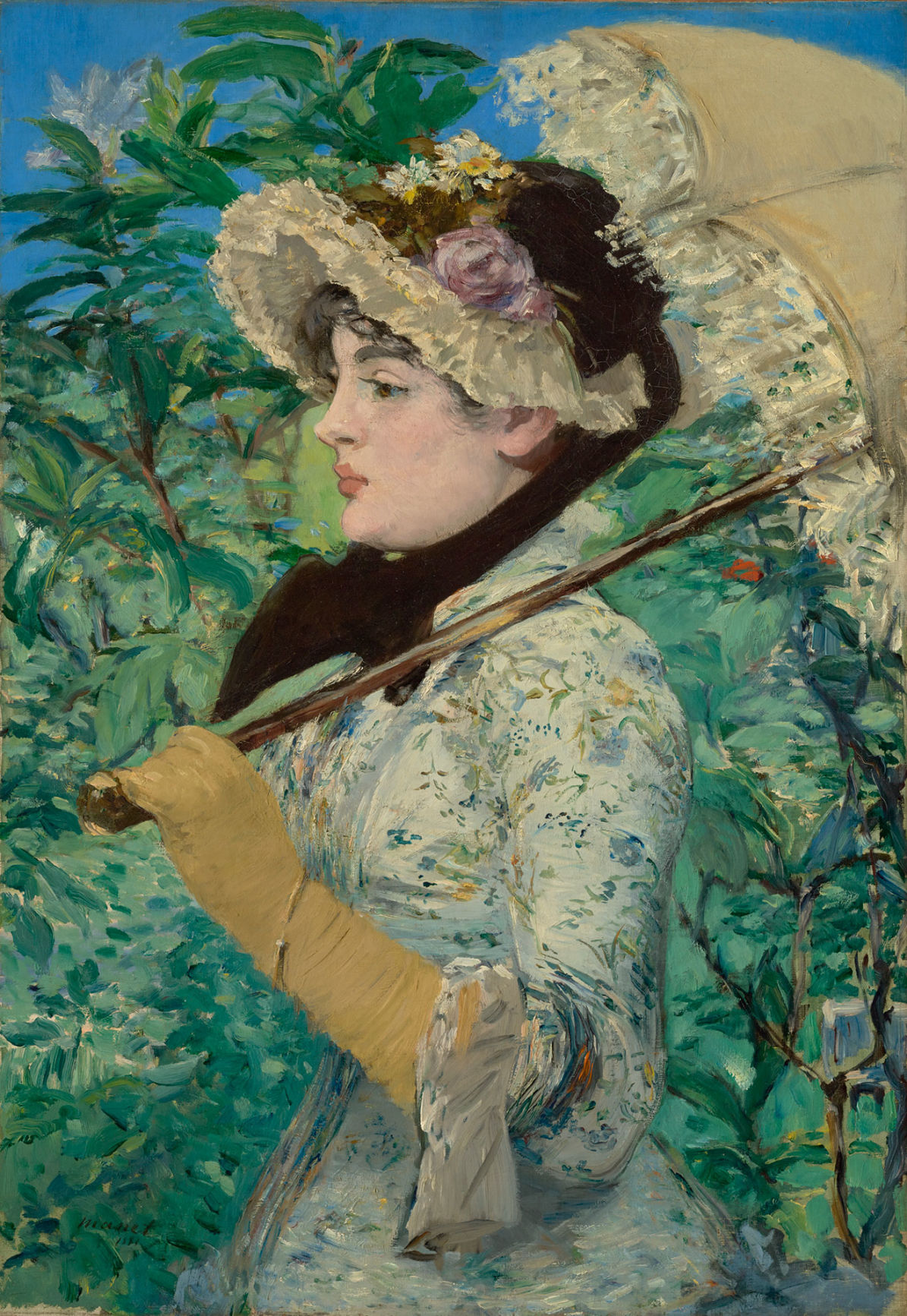 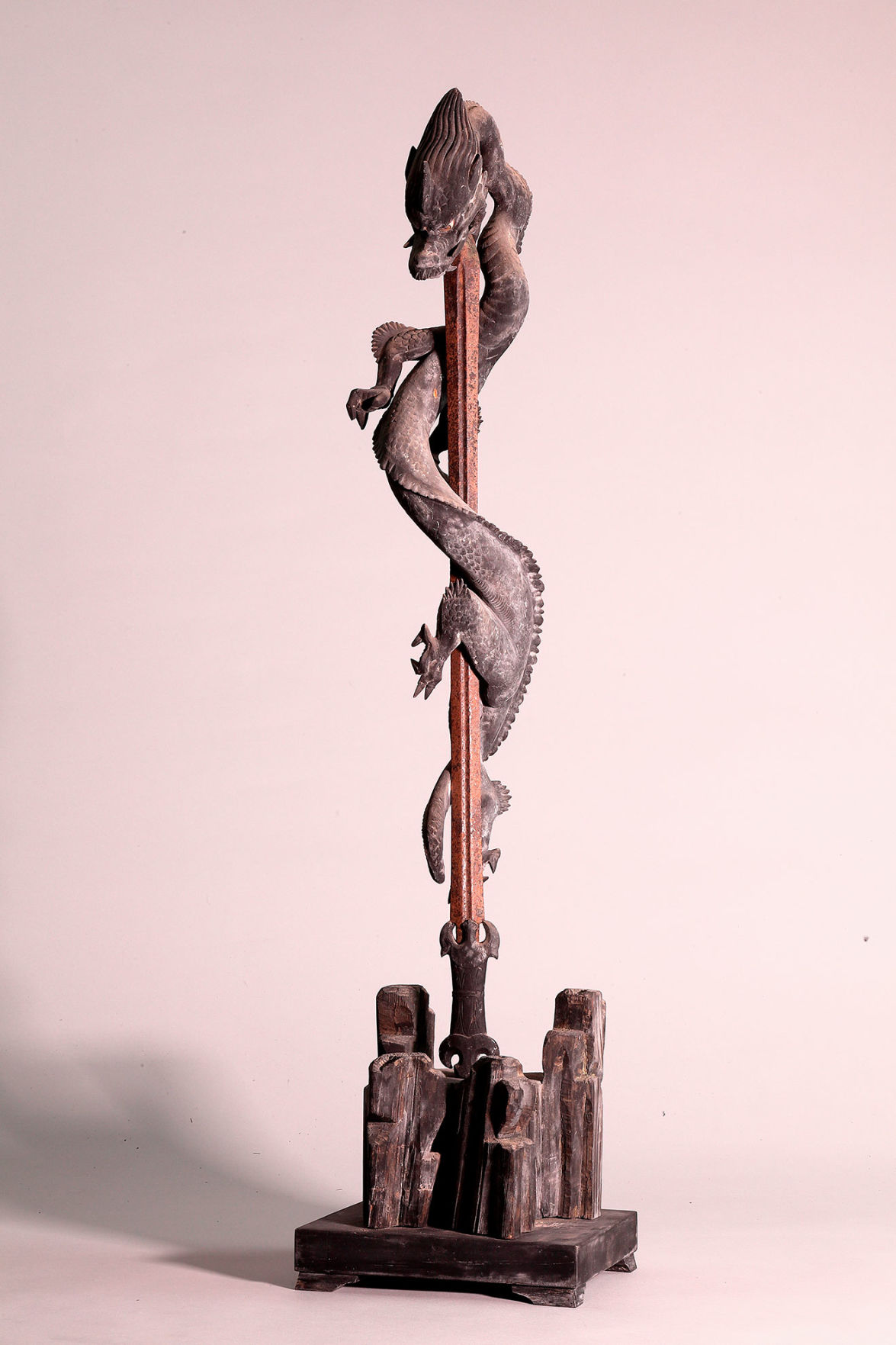 Yayoi Kusama, You Who Are Getting Obliterated in the Dancing Swarm of Fireflies (2005), mixed media installation with LED lights, collection of Phoenix Art Museum, courtesy the museum

Alex Katz's One Flight Up (1968) includes this detail of his wife, Ada, one of many portraits in the oil-on-metal work, Dallas Museum of Art

Thanksgiving is a time for communing with family and friends, but for many Santa Feans, it also means travel. Maybe you’ll find yourself in Denver or Los Angeles in the next few weeks. When you’re done feasting and it’s time to walk off all that pumpkin pie, consider these enticing exhibitions, and feast your eyes on art.

Claude Monet: The Truth of Nature

This not-to-be missed exhibition devoted to French Impressionist Claude Monet features more than 120 paintings that span the artist’s career and is the most comprehensive showing of his work in decades. Monet was known for depicting the atmospheric changes in a landscape at various times of day or over the course of the seasons. The show covers his search for new vistas as he traveled beyond his home in Normandy, to London, Norway, and the Mediterranean. The Truth of Nature also explores the vanishing human presence in his work, as he increasingly isolated himself from public life and sought immersion in the world of nature. The exhibition was organized by the Denver Art Museum and Museum Barberini, in Potsdam, Germany. This is the only venue where you can see the show in the United States. 100 W. 14th Ave. Parkway, Denver, 720-865-5000, denverartmuseum.org

Spanning Japanese history from the 5th century to the present, Every Living Thing is a comprehensive look at nature as subject and as inspiration for the arts. Japanese culture is rife with symbolic and naturalistic depictions of creatures real and imagined, so much so that their presence in Japanese art is considered a distinctive feature. The show explores the animals of the Japanese zodiac; the mythical dragon, which continues to influence Japanese language and culture and whose soaring form is practically synonymous with Japan itself; and the exotic animals that were introduced along trade routes at various stages of the nation’s history. The exhibit also examines the symbolic use of animal imagery in the age of the samurai, who chose animals of power and might as their emblems. Every Living Thing features nearly 200 objects, including sculpture, painting, lacquerware, ceramics, metalwork, cloisonné, and woodblock prints. The works range from early tomb sculpture to contemporary new media. They touch on the spiritual traditions of Shinto and Buddhism and the impact of foreign nations, such as China and Korea, in introducing motifs that continue to shape Japan’s artistic legacy. 5905 Wilshire Blvd., Los Angeles, 323-857-6000, lacma.org

Dallas Museum of Art, through March 22

This installment of the museum’s Focus On series takes an intimate look at the 92-year-old Katz. The show features works from various genres in which the artist has worked, including portraiture and landscapes. Painting in a flat style with reductive forms and monochromatic backgrounds — which became defining characteristics of his work — Katz anticipated and influenced Pop Art at a time when art tended toward more gestural and expressive styles. His landscapes include views of his native New York City, as well as Maine, where he often spent his summers. His portraits capture the likenesses of friends and acquaintances, other artists, writers, and family members — especially his wife and muse Ada, whose portrait he painted hundreds of times. The exhibit is in conjunction with Focus On: Ragnar Kjartansson, featuring the contemporary Icelandic artist’s immersive video work The Visitors, as well as Postcards to Marguerite, a commissioned series of 415 postcard correspondences. 1717 North Harwood St., Dallas, 214-922-1200, dma.org

The poet Charles Baudelaire called artist Constantin Guys “the painter of modern life.” He could have said the same about the famed provocateur Édouard Manet. Manet made waves with his 1863 painting The Luncheon on the Grass, which the Paris Salon refused to exhibit, and his work is now considered pivotal in ushering in the modern era of art. Manet and Modern Beauty showcases a different side of the French painter, whose work changed dramatically in his later years. The show explores, in depth, the period after Manet transitioned from realism to Impressionism and includes his numerous portraits — from barmaids to the bourgeoisie — rendered in oils and pastels. Also included are sketches and watercolors he put in the margins of letters to friends while convalescing from debilitating leg pain in the spa town of Bellevue. Rounding out the show are examples of the lush still lifes and intimate garden scenes that were among his last works. 1200 Getty Center Drive, Los Angeles, 310-440-7300, getty.edu/museum

Yayoi Kusama: You Who Are Getting Obliterated

in the Dancing Swarm of Fireflies

Contemporary Japanese artist Yayoi Kusama is known for her installations of vibrantly colored dots that fill entire rooms, gourd-like sculptures, and immersive light-filled environments that dazzle and enchant. In You Who Are Getting Obliterated in the Dancing Swarm of Fireflies, she brings a Japanese folktale about a person in a field of thousands of fireflies to luminous, magical life. In a darkened, mirror-lined room, strands of LED lights form a swarming galaxy in which viewers are invited to lose themselves and become one with their surroundings. Born in Japan in the late 1920s to an affluent but neglectful merchant family, the artist, known professionally simply as Kusama, was marginalized and nearly forgotten until a revival of interest in her work began in the 1980s. Her use of bright, colorful, repetitive imagery is as celebratory as it is obsessive. You Who Are Getting Obliterated in the Dancing Swarm of Fireflies is among her more playful and mischievous works. 1625 N. Central Ave., Phoenix, 602-257-1880, phxart.org