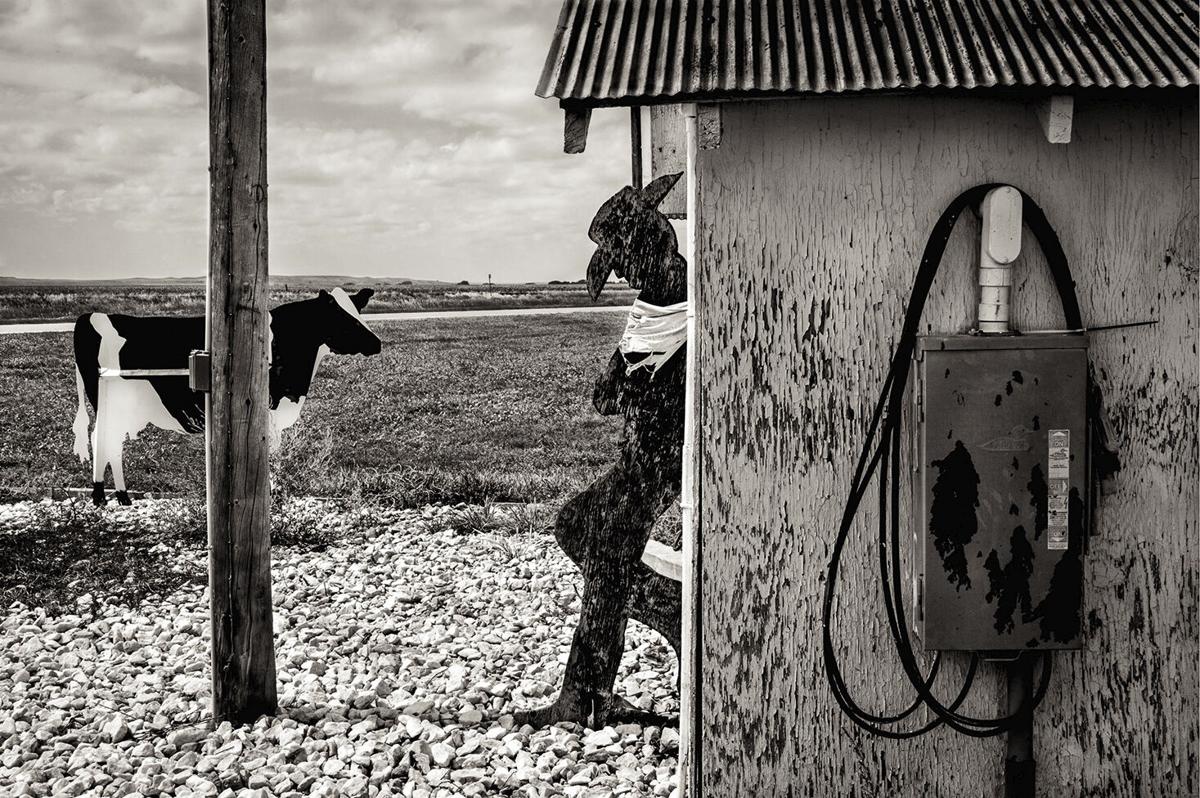 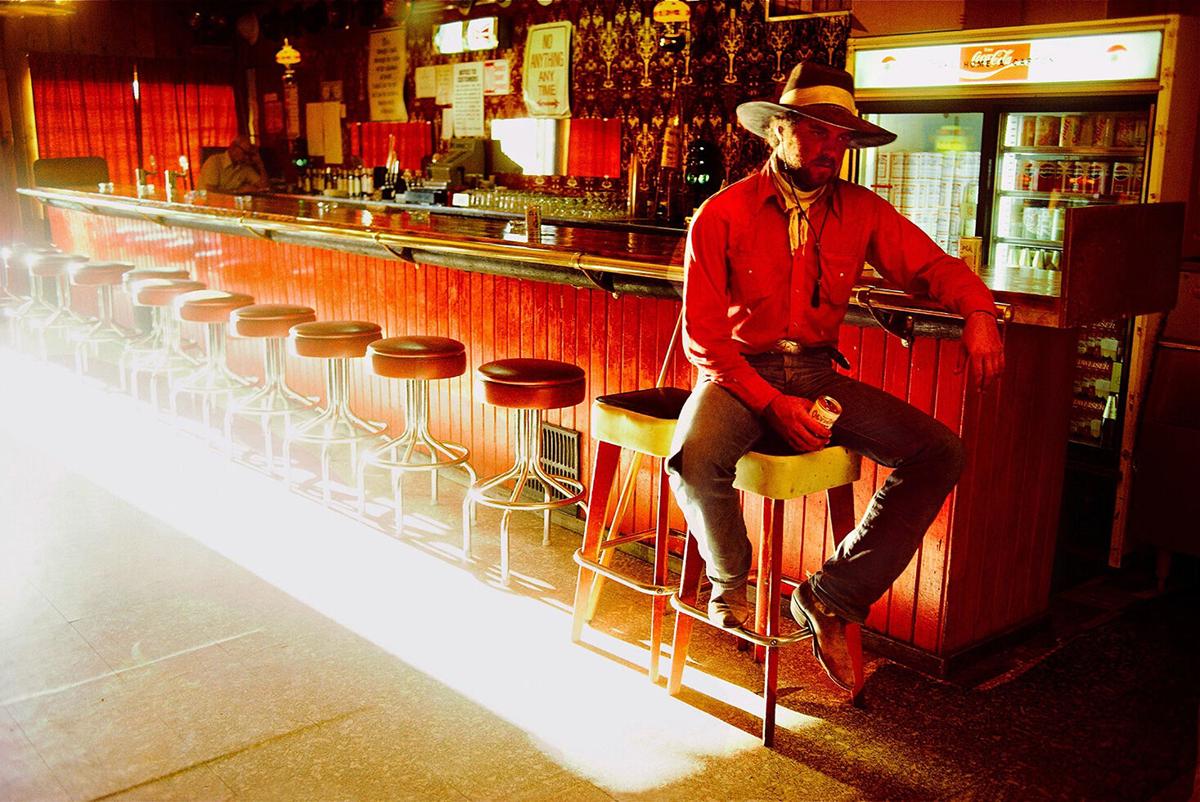 During the late 19th century, photography played a crucial role in shaping our vision of the West, capturing, in documentary style, the life and work of ranchers and cowboys. Although photographers were just as capable of crafting imagery that romanticized the West as any painting from the era, some give us insight into a time and place. Some paintings stand as testaments to a way of life that may be unfamiliar to most.

Laton Alton Huffman, for instance, depicted life in the heyday of the open range, documenting the changes in ranching wrought by the rising cattle industry. But far from representing the last of the cattle herders, ranchers, and wranglers, 19th-century photographs like Huffman’s were early entries in a tradition that’s continued into the 21st century.

Home on the Range: An Artistic Exploration of Cowboys in the Southwest presents the work of four contemporary photographers — Joan Myers, Kurt Markus, Manuello Paganelli, and William Albert Allard — as well as historic photos by Huffman and Elsa Spear Edwards Byron. Their imagery captures more than a century of changes in the Western landscape and the ranching life, and challenge our ideas of the West as an American idyll.

The exhibition is jointly curated between Obscura Gallery and Brant Mackley Gallery. With its lack of explanatory text panels, Home on the Range is not didactic, the way a museum exhibition can be. But the 30 photographs do offer compelling imagery that ranges from the dramatic to the intimate and subdued, as well as the conceptual. Viewers seeking more context can find it in the listings for each artist on the gallery’s website.

Arranged throughout the exhibition are objects from the collection of Brant Mackley Gallery, which shares Obscura’s Paseo de Peralta location. These include a Northern Plains Indian pipe bag, a horse saddle, a fiddle, a violin, and Navajo saddle blankets — all from the late-19th and early-20th centuries. Entering Obscura, whose primary focus is contemporary photography, feels like a step back in time.

In the work selected from Myers’ series Where the Buffalo Roamed, Western-themed nostalgia is turned on its head. In her color photograph Chief Yellowhorse, Near Gallup, NM (2015), for instance, the majestic Southwestern landscape is marred by the presence of industrial tanks and silos, which stand, absurdly, behind a sign proclaiming “scenic area indian country.” The manmade structures nearly blot out a Native teepee in the background. In the foreground stands a painted cutout of a grazing buffalo, the once plentiful denizen of the plains. The image blurs the line between present-day reality and an iconic past. In Myers’ black-and-white photo Osh Kosh, Nebraska (2017), a cowboy, head tilted down, leans against a weathered barn, its paint peeling from neglect. He, too, is a mere prop, posed like a sullen figure from a Western movie set. Myers’ photographs, in particular, capture a sense of the West in decline. But her approach is ironic. The painted cutouts, which she finds at the locations where she shoots, underscore the idea of the West as a land of myth and fantasy.

By contrast, Paganelli’s black-and-white photographs explore a West still vital and active, turning to African American cowboys as his subject. The history of Black cowboys is not widely known, and Paganelli’s photographs honor their contributions and continuing legacy. Black cowboys, on the rodeo circuit and working ranches and farms, are presented in intimate and often candid portraits in the tradition of humanist photographers like Henri Cartier-Bresson. They are the photographic equivalent of cinéma vérité. What we glean from Paganelli’s photos is that the cowboy’s way of life is full of hardships but that it also endures.

Home on the Range wasn’t mounted in clearly delineated sections. It isn’t arranged chronologically, and the photographers are not presented one at a time. But it is not without curation. The arrangement inspires dialogue between images, sometimes from past to present as in the juxtaposition of works by Huffman and Markus. Compare Huffman’s Throwing the Herd on Water (circa 1900) and Markus’ YP Ranch Tuscarora, NV (1981). Both are panoramic long shots, showing herders leading cattle through the landscape. They capture a sense of the vastness of the Western terrain, as well as the size of the herd. If anyone in Home on the Range is the inheritor of Huffman’s knack for photographing the grand sweep of the land (and the comparably smaller human dramas that play out from a distance), it’s Markus. His toned gelatin silver prints capture something of the Western spirit seen in Huffman’s collotypes.

In Stan Kendall at the Bar, Mountain City, Nevada (1979), for example, a figure drinks a beer in an empty saloon. Sunlight filters in, casting the red barstools in a diaphanous glow as though the scene were slowly fading into memory.

Spear Edwards Byron’s End of Perfect Day (circa 1920s), located in a second room off the main gallery, is an image on which to end the collection. This hand-colored albumen print depicts a lone, horse-mounted cowboy on a spare outcropping of rock by a narrow pine. Hand-colored photos from the era have an aura of unreality, yet they’re also nostalgic. This one could almost be mistaken for a painting. It speaks of a time long since past but, as Home on the Range bears witness, not lost or forgotten.

Obscura limited itself to Western-themed photography from its represented artists. Home on the Range is not a thorough examination of the changing image of the cowboy or the West in photography. The works of Huffman and Spear Edwards Byron serve to compare and contrast.

Despite differences in techniques and subject matter, however, there is a through line. Working ranches give way to dude ranches designed for tourists and visitors, roadside attractions, and urban sprawl. Industrial complexes overtake the land, and the image of the Old West vanishes like the final frames of a classic Hollywood Western. But the cowboy lives on.