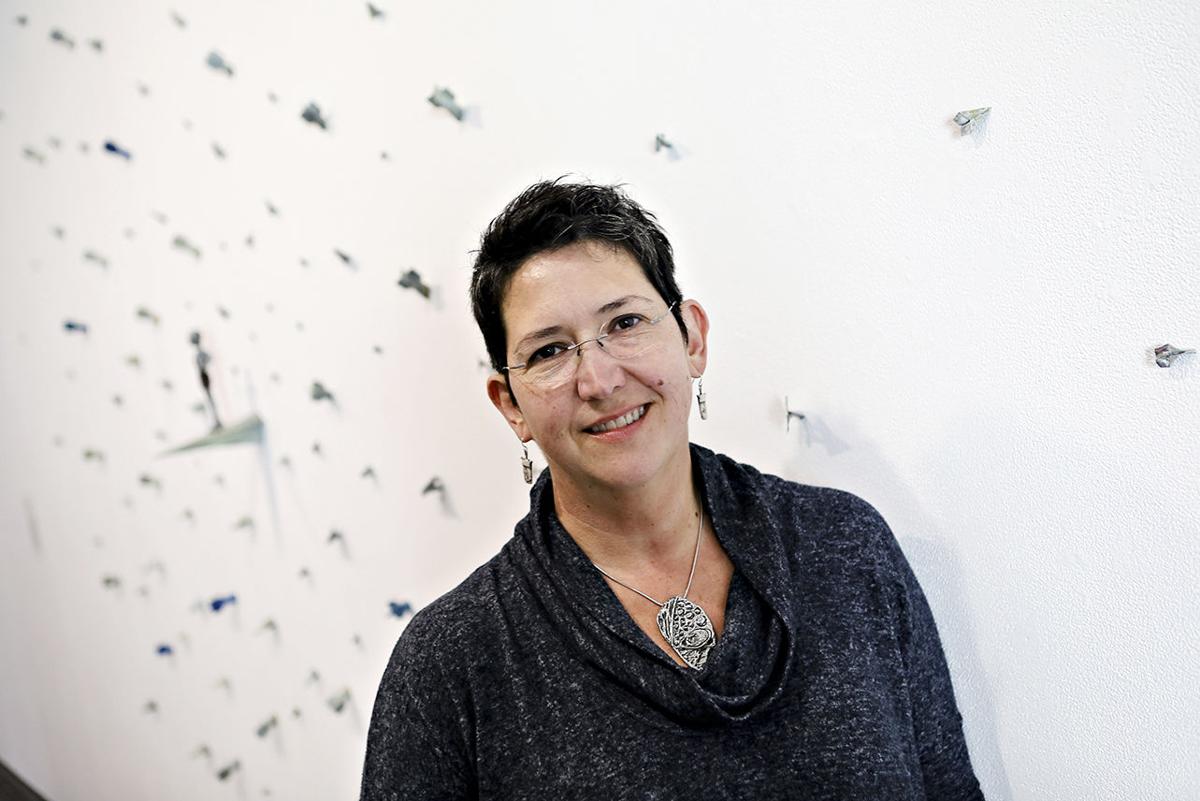 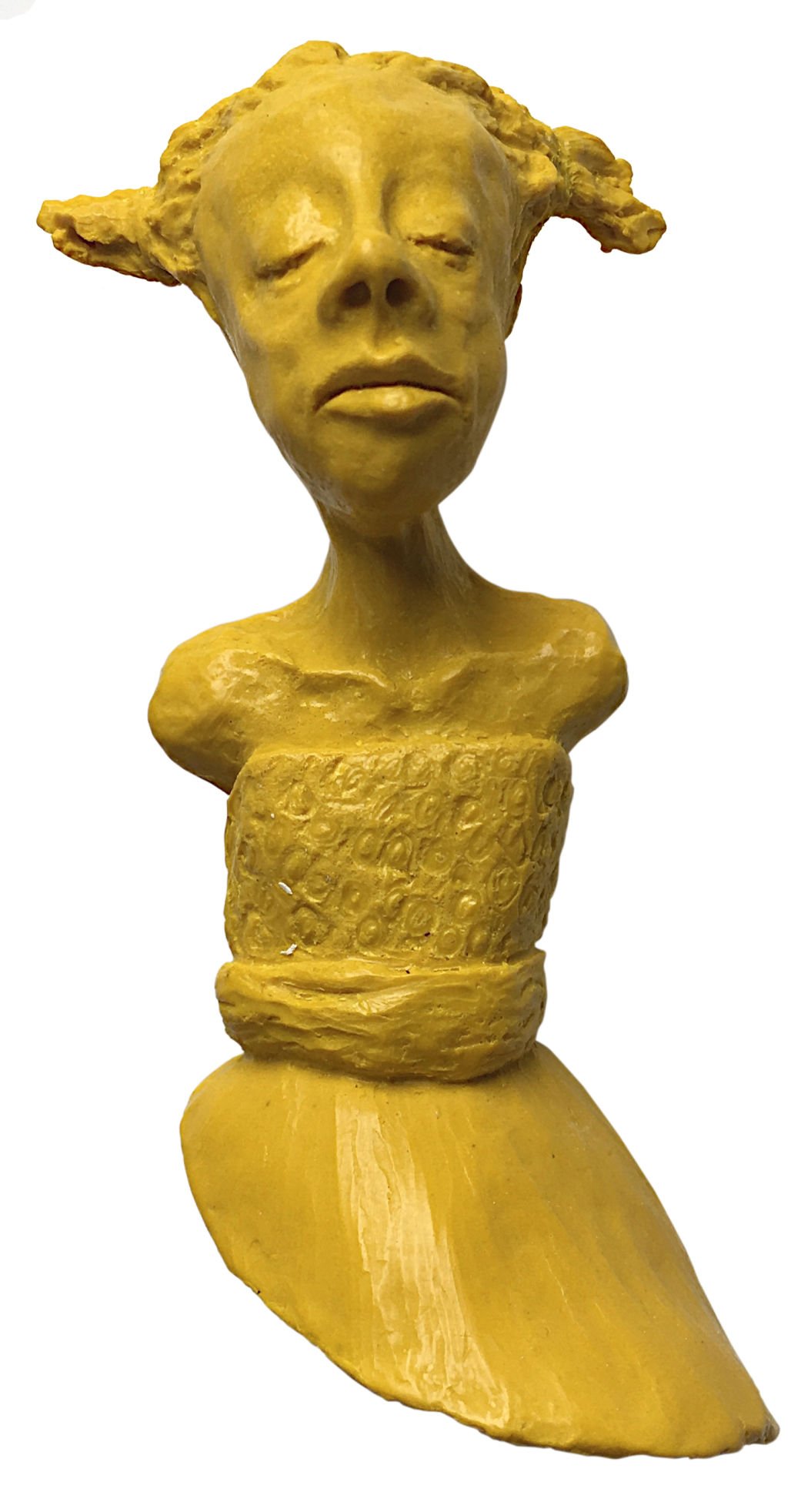 A View From Within Under the Skin (detail), 2016, Crayola crayon 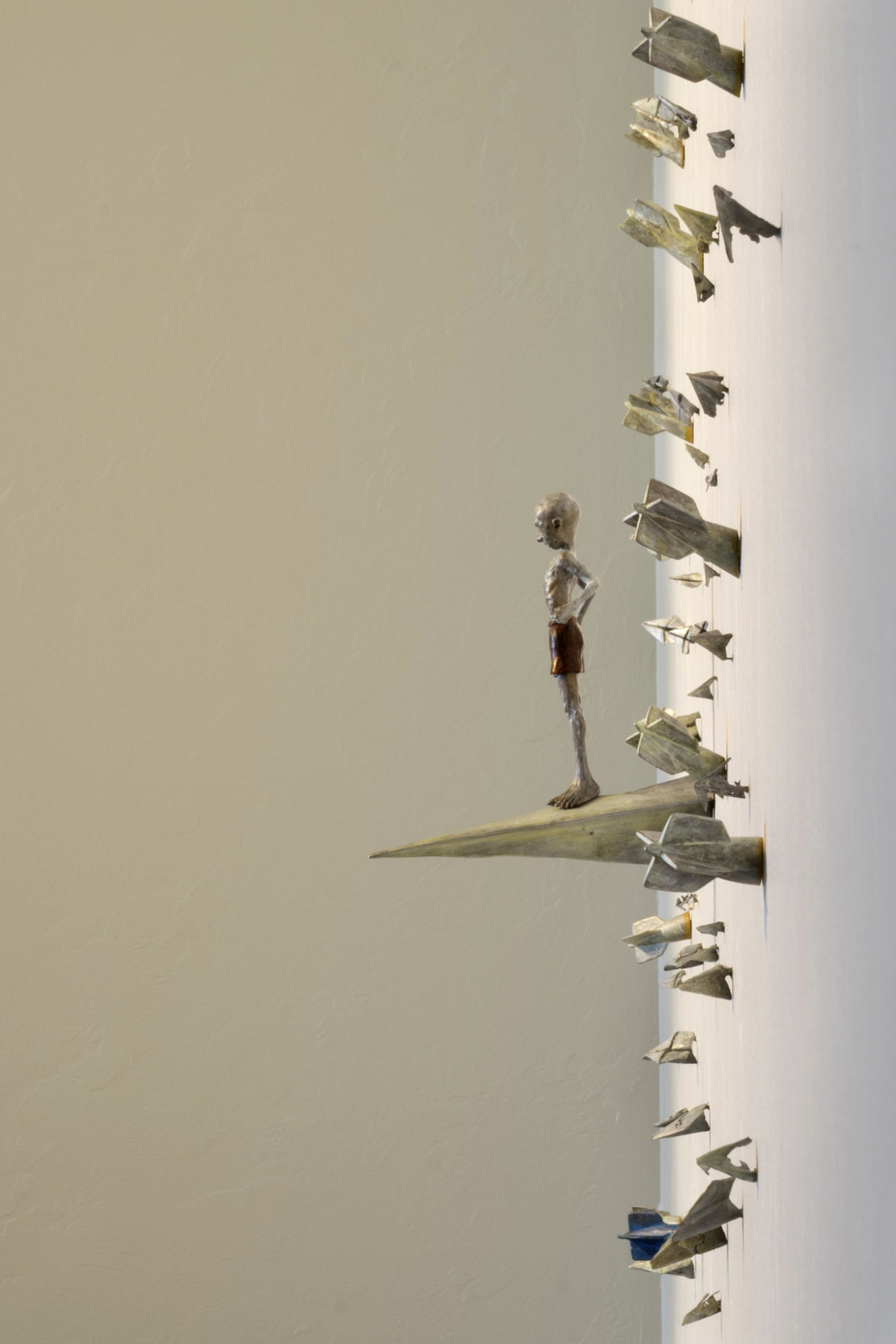 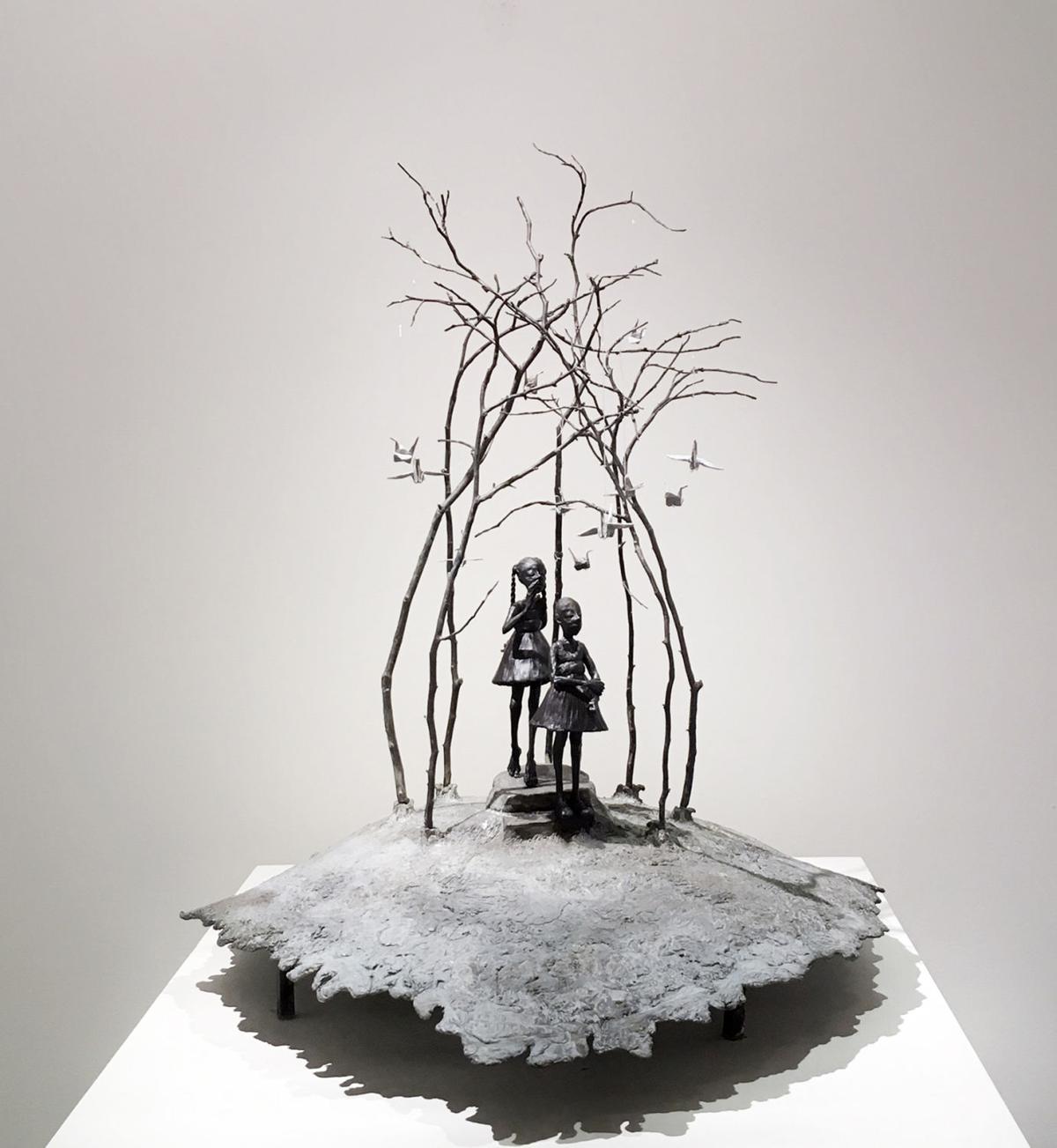 A View From Within Under the Skin (detail), 2016, Crayola crayon

A strong narrative weaves its way through the works of Holly Wilson, even if it isn’t always initially apparent. Wilson’s stories are drawn from her Native heritage as a member of the Cherokee and Delaware nations, as well as from familial histories and legends taken from other tribes. The one common thread is how they touch upon her own life.

From the start, in her exhibition On Turtle’s Back, currently on view at the Institute of American Indian Arts Museum of Contemporary Native Arts, Wilson uses stories as means of drawing the audience into a world that unites the personal with the universal. The show’s title references a story of creation told by the Delaware. The People prayed to the Creator for salvation from the rains when it appeared that they would be flooded out; the Creator told them to camp on a large hill that trembled and shook as the waters rose. Taakox, or Turtle, who was hiding beneath the hill, emerged, and the people used his back as a refuge until the rains stopped. But there is another story implicit in this one.

Like Taakox, who lay hidden for many years, Wilson’s practice involves luring the viewer, often with the seemingly innocuous use of children and childlike figures, to slowly reveal truths of human experience. “For me, the story has to have a personal connection. It has to have something that I’ve seen in my life or my children’s lives or in society as a whole for it to resonate enough to make a piece about it. It has to have that quiet current underneath the work,” Wilson said.

The works in the show are sculptural installations, with each piece made from a multitude of separate components. Among the largest is Bloodline, a visual representation of her family lineage. Stick figures, cast in bronze from molds made from the butts of old cigars, stand in a line atop the dissected pieces of a split locust tree that runs along the length of one wall of the gallery. “Bloodline isn’t based on a Delaware story,” she said. “It’s one that my mom told me when she was growing up. My dad used to work at the Fort Sill Indian School in Lawton [Oklahoma], and they lived out there. The teachers were from all over but she actually grew up above the kitchen. She knew people from all different tribes, so the stories I hear sometimes are stories she picked up on from other people.”

Each section of log holds a number of figures representing a generation in her family, and one follows another back through time to the earliest figure known, a man they know as “Delaware Bob” who stands on the last piece of log, by himself. “I have this history to pass on,” she said. “It’s a history I always knew. My mom has this big, thick book that has all the names. One thing that I thought was touching, sad, and beautiful — all the words — was the way my mom went through it and was talking about all the people through history. She would go, ‘Well, they had seven children but two were lost to miscarriage.’ There were notations to all of her text about how many kids were born and how many were lost. It resonated with me because I lost three pregnancies.”

The first section of the log holds five figures, representing her two living children and the three who were lost. “You don’t forget them and you always wonder who they could have been, what they could have been,” she said. “So, on each log, there’s little figures where there’s no detail on the faces and their heads are bowed. Those are a way of honoring the people who didn’t survive. The rest of the figures are people I know. The next log is me and my brothers and sisters. Then it goes to my mother and my father and weaves back to the oldest member of our family that was traceable on the Delaware rolls.”

The story she tells in Bloodline’s accompanying text, however, is just one story. There is another, rooted more in the realm of folklore and myth, that Wilson sought to transform from how she first heard it: as a cautionary tale. “The story was originally about these stick people who would run through the night, beckon your name, and call you into the woods,” she said. “If you went, you were never heard from again. As I grew up, I never lost that image of these stick people. I was in graduate school, and I was dating this guy who smoked cigars. The way he would put them out, they looked like little dresses. It made me think of the story. I started collecting all these little cigar butts. I wanted to take the story and reinterpret it as something that had something to do with family. My dad’s family had these cameos with silhouettes of family members and I took that idea for the faces. The bodies are the cigars and the legs are the sticks, which is an homage to the stick people. It evolved into something that’s more about me and my story. I could tell you the names of all the people on the logs.”

Wilson, whose showing at Indian Market (booth 719 on Lincoln Ave.) crafts sculptural elements from uncommon materials, making molds so she doesn’t have to reinvent the wheel each time, which is particularly helpful because she often works with multiples or with pieces that are nearly identical but with only slight modifications. One piece, titled A View From Within Under the Skin, features 12 girls, each one depicted 24 times in different colors that represent all the hues in a box of crayons. In fact, the separate components, arranged in a large grid, are each sculpted in crayon. “We moved from Oklahoma City to Mustang and we were getting the kids ready and they were talking about their friends. I love listening to my kids because they have a way of thinking about the world that, I guess as adults, we stop thinking about in those ways.”

What particularly struck her was how her children referred to their classmates in descriptive terms that were free of judgment or bias. “We were sorting crayons, and I was thinking about the colors in the boxes — that smell, and that innocence, and what if we could see ourselves through the eyes of children, that haven’t already been programmed to hate or think less of people? That piece represents the idea that if we could imagine ourselves as every color, we would realize we’re all people and our skin is just our color. It’s like clothing you put on.” You could take one of the small representations rendered in crayon and draw with it, if you so desired. “I really wanted to keep the integrity of the piece as well as the smell, the materials. We all had crayons. We all had to draw. We all were children at one time.” ◀

Artist Pop Chalee (1906-1993) was known for her influential and stylized depictions of forest scenes and wildlife, with graceful paintings of deer that bear a resemblance to the lithe young Bambi in Walt Disney’s animated classic. Critics have often assumed that Chalee adapted the so-called “Bambi” style to suit her own work — but it could well have been the other way around.