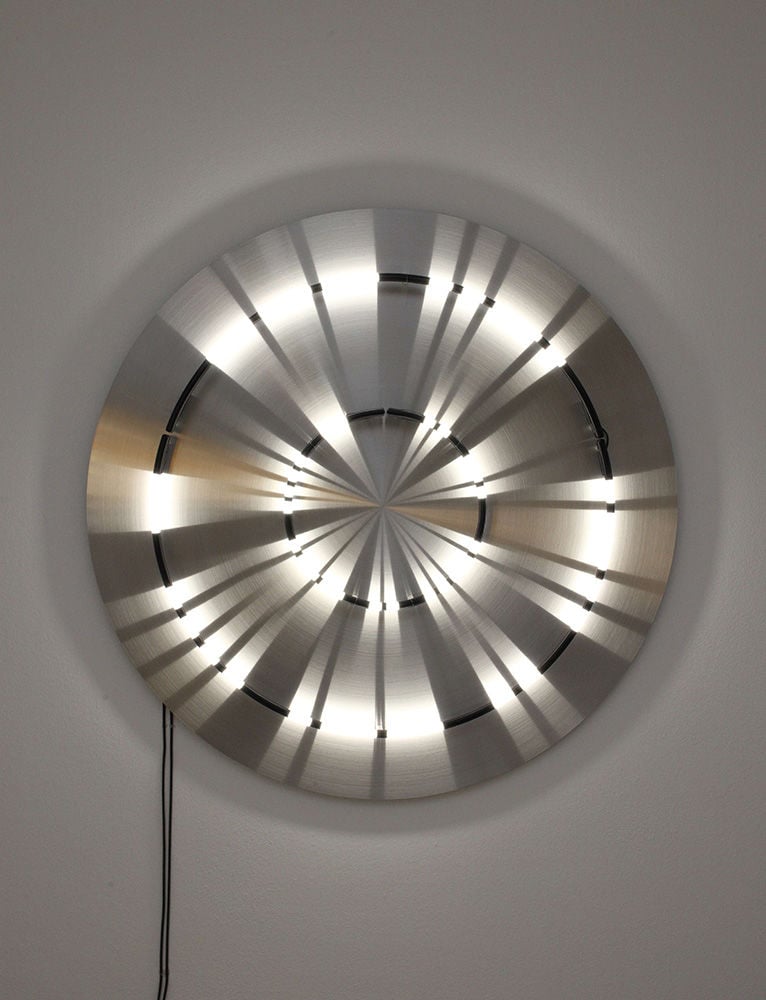 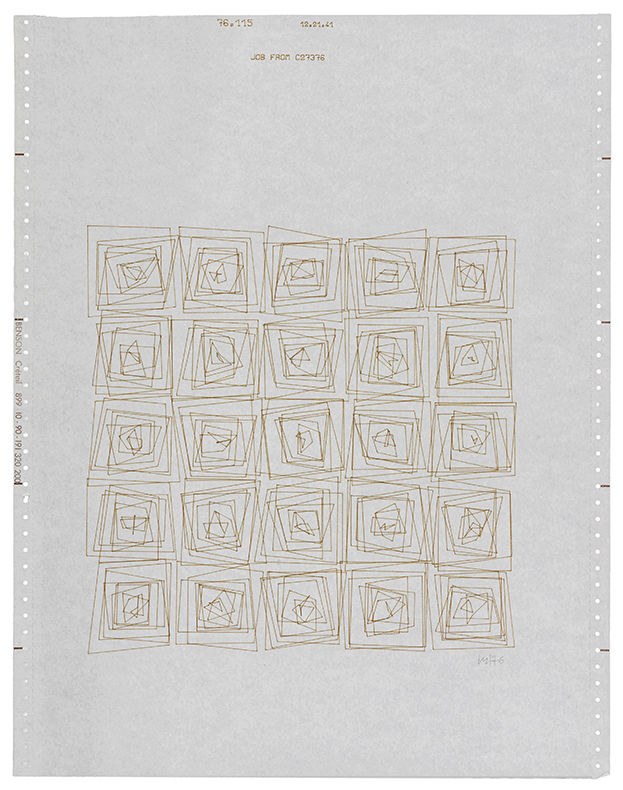 Rafael Lozano-Hemmer takes two emblems of modern security, the conveyor belt and body scanner, and transforms them into an interactive look at memory, absence, and lasting impressions. Unlike at an airport, in Lozano-Hemmer’s installation there are no shoes to take off, no belt to remove, no laptop that must remain visible, and instead of being rushed through, you’re invited to stay. But if you want to play along, you do have to empty your pockets. In fact, that’s the name of the piece: Please Empty Your Pockets. Put your keys, coins, cell phone, wallet, or what have you on the belt. Items pass through the scanner, which takes a digital image that is then projected from above onto the conveyor belt, so when you pick up your things, the images remain fixed on the belt until they are automatically cleared to make way for additional scanned items.

Please Empty Your Pockets is on view at Art House in Collecting Digital Art: Highlights + New Acquisitions From the Thoma Foundation, a show of new-media works offered in conjunction with Currents New Media, on exhibit at El Museo Cultural de Santa Fe. “The system holds up to 600,000 images, and because it’s an interactive piece there’s a constant archiving of the scanning history,” said Helen Colton, the Thoma Foundation’s program coordinator. “What you scan will be associated with items other people have scanned.” For example, a brief memo written on a piece of paper passes through the scanner, and when it comes out the other side, it has been grouped with similar objects that may be made of paper, contain writing, or might otherwise match the color of the item you placed. There’s a commonality to the images the computerized system calls up and associates with whatever is put on the conveyor belt, and the groupings are related in surprising ways. They appear to be random assemblages, but there is a system deciding what goes with what — there’s a brain at work.

The exhibition’s opening reception is Saturday, June 17. The show, which rotates quarterly, includes pieces by Guillermo Galindo, Beryl Korot, Brigitte Kowanz, Vera Molnar, Laura Splan, and Steina Vasulka. Some of the works on display represent collaborations, sometimes between like-minded artists and or even between husband and wife, which is the case with Woody and Steina Vasulka, pioneer video artists who co-founded The Kitchen, New York’s long-running venue for experimental and new media. Steina’s work Violin Power, made over the course of eight years in the 1970s, is in the Thoma exhibit. The piece is a black-and-white analog video (since transferred to digital) that runs for about 10 minutes. The video shows clips of performances by Steina Vasulka, who trained as a violinist, performing music from different times and places around New York City and Buffalo. She used analog editing techniques that allowed her to manipulate a TV monitor’s scan lines and transmute them into audio signals that vibrate with the playing of the violin. It stands as a document of Steina’s early performances as well as an experimental work in translating sound as image. The piece is in a section of the show called Code as Form, which focuses on imagery produced from various types of data.

In the case of Brigitte Kowanz, the Vienna-based artist is working with Morse code. Her piece In Light of Light is a large flat steel disc that supports two concentric rings composed of fluorescent light tubes of varying lengths that correspond to dots and dashes. It’s an optically manipulative work that appears convex when viewed from an angle, an illusion created by the patterns of light emanating from the rings. The piece can conceivably be read by someone familiar with the code, which reveals: “In the light of light.” In this piece, Kowanz uses light as a visible language.

Beryl Korot’s four-channel video Dachau 1974 is given a room of its own. The four video monitors, which play out of sync, show the Nazi death camp being visited by tourists in 1974. The videos focus on the exterior and interior of the camp, as adults and children pass through the scene to an unnerving soundtrack of background voices, trickling water, the hum of cars, and the mournful tolling of a bell, all sounding so unsettlingly normal that it strikes a sharp contrast with the monitors’ flashing images of the guard towers and crematorium. Watching the repetitive motion of the passersby, captured in a loop, is a reminder of the vast numbers who passed through the gates of Dachau during World War II and, unlike the visitors who came after, never returned. Each video cuts for a moment to total darkness at what seems like random intervals, but the structure of the four videos is actually based on weaving techniques introduced to Korot by weaver Noël Bennett. In that sense, it relates to code as form, too.

Korot is among the founders of Radical Software, the first magazine for video art, which premiered in 1970. She was also involved with The Kitchen, where she met her husband, composer Steve Reich. Reich introduced her to experimental concepts in sound, some of which she applied to Dachau 1974’s soundtrack. In a statement about the work, she writes, “I was taking very loaded material [and letting] formal elements be as strong. That was the only way I felt I wanted to confront this very painful and unspeakable material. ... The only way to talk about it would be through the silence of structure.”

Collecting Digital Art is a dialogue between early computer and video art and contemporary works, but as an adjunct to Currents, it offers visitors a glimpse at the beginnings of new media — such as the work of Vera Molnar. For her Transformations series from 1976, she designed a computer program that let her create geometric line drawings with a robotic plotter. Like Korot and Steina, Molnar is a pioneer. The boundaries these artists stretched and broke in order to create new ones have in some cases evolved and been broken again. It would be difficult, for instance, to think of Harvey Moon’s Delta, a robot designed to make drawings that was shown at Currents in 2015, without thinking of Molnar’s previous work with computers and plotters. These artists have had a lasting impact.

The boundaries these new media artists stretched and broke in order to create new ones have in some cases evolved and been broken again.