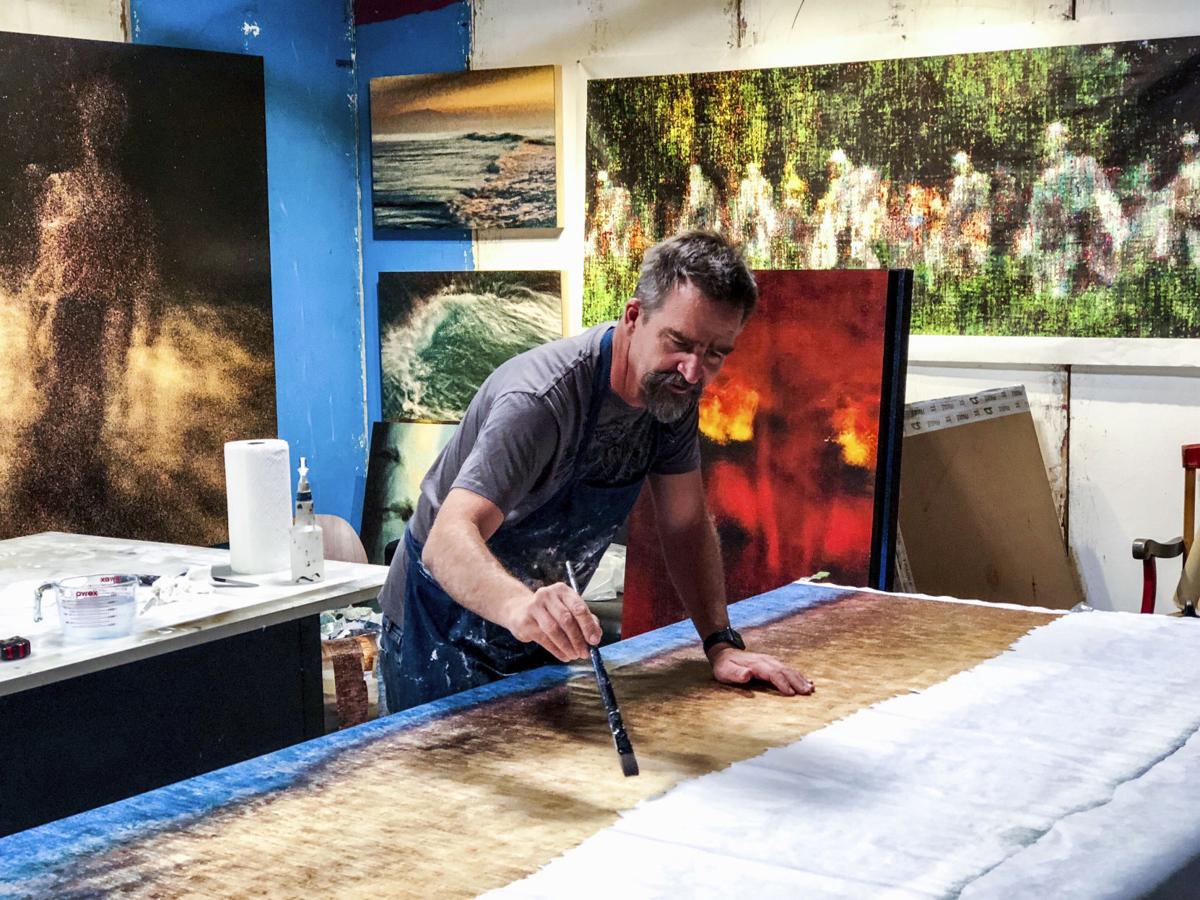 Sol Hill working in his studio 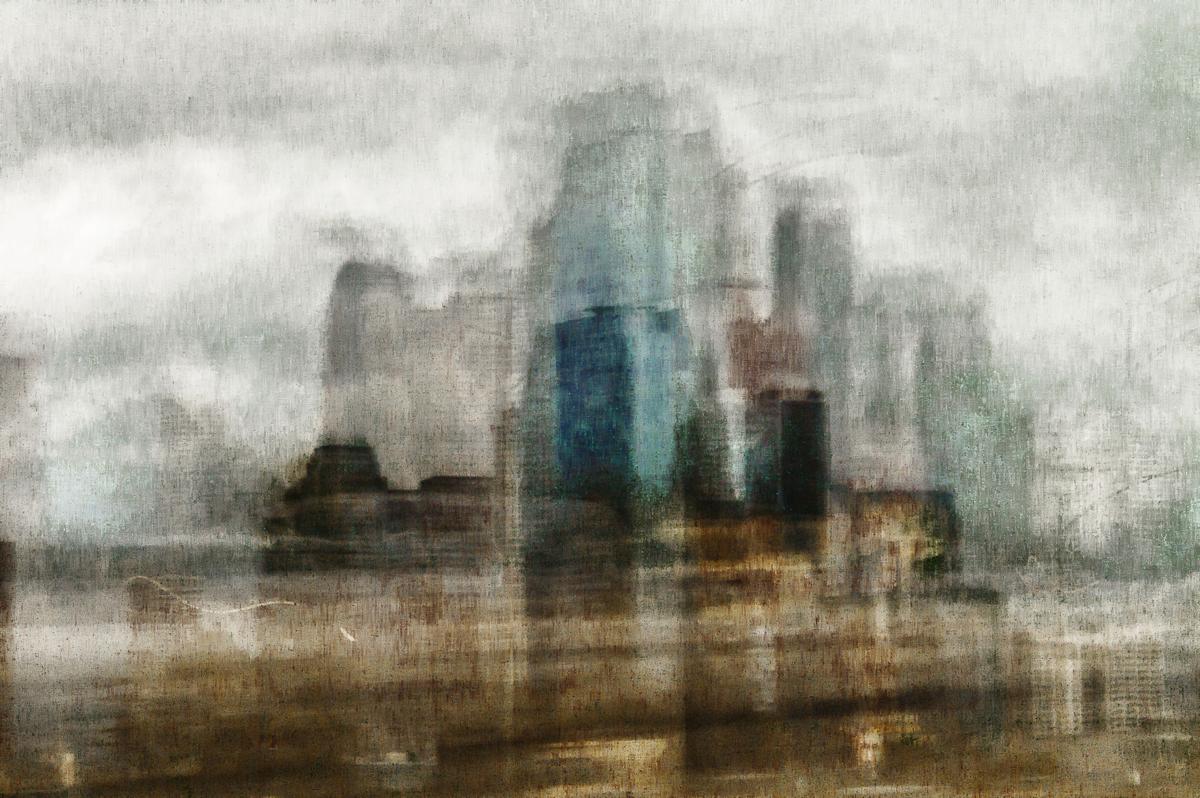 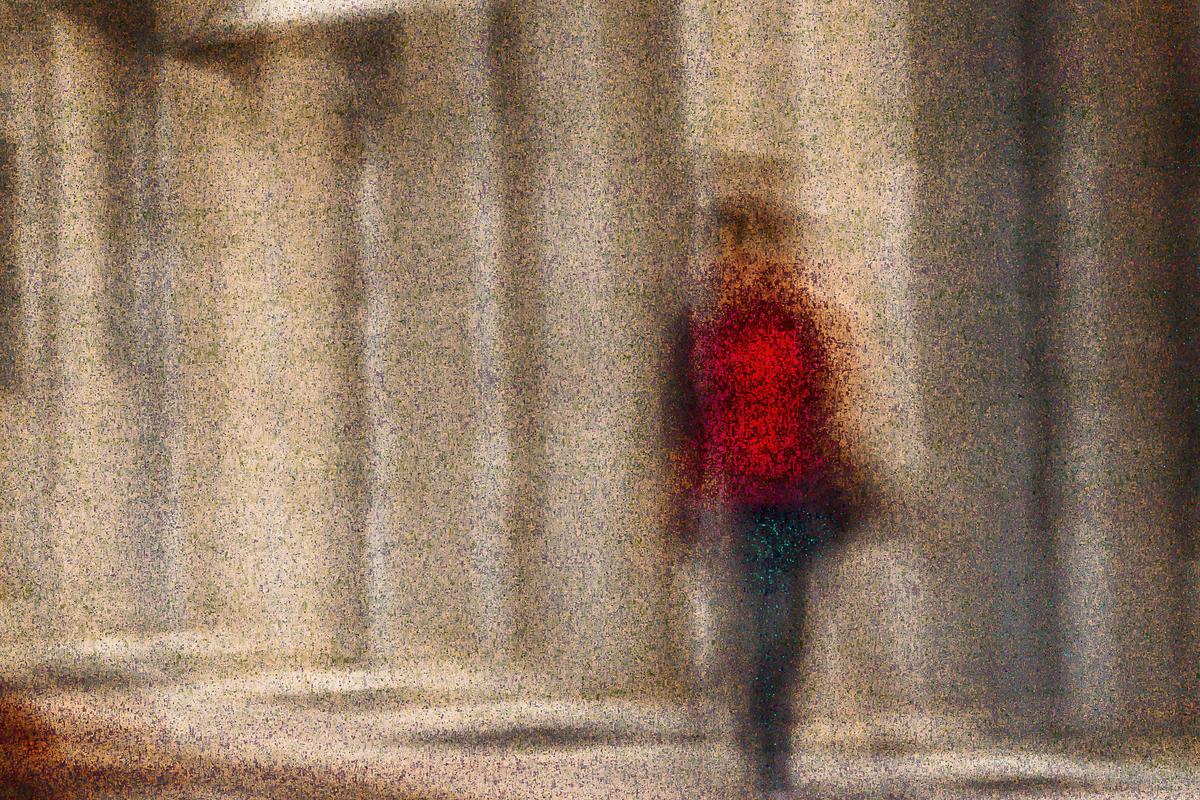 Sol Hill working in his studio

When we think of noise we tend to associate it with audible input. But there’s another type of noise, and it’s one that most digital photographers wish to avoid. “Digital noise” is interference, and it’s endemic to any electronic system. It can ruin a digital photographer’s tack-sharp focus and produce a false image because it isn’t coming from the light illuminating your subject.

“There are two types of noise that occur in a digital image,” says artist Sol Hill, who embraces noise in his photographs, even to the point of emphasizing its presence. “One is the electrons coursing through the electronic system, going awry and bouncing around and falling into the pixel port. There will always be noise in electronic systems because electrons are unruly little critters, increasingly so when you sensitize the system more and more. The other type is referred to as ‘cosmic noise.’ That refers to any energy that is outside of the camera system that moves those electrons into the pixel ports during the exposure and, thus, get recorded as exposure.”

Hill developed an entire body of work, which he calls “metagraphs,” using noise as a medium. They’re enigmatic images that start off like normal photographs, only Hill cranks up the camera’s ISO, which increases the sensitivity, and sets the aperture for long exposures, ensuring that more cosmic noise gets captured.

The images in Urban Landscapes appear abstract. You can recognize figures and architectural settings, but they look blurred and, in some cases, like double exposures. They have a haunting, dreamlike quality, as though you’re seeing an impression of an actual place but it’s only half-remembered, fragmented, and unclear. They don’t resolve themselves into something specific or quantifiable like in a documentary photograph.

Is Hill showing you less of what’s actually there? He would argue that he’s actually showing you more. “There’s something else being recorded,” he says. “It’s real. It’s just not visible light.”

Hill, who’s 49 and lives in Santa Barbara, California, says he’s a TED Talk junkie. He drew part of the inspiration for the metagraph series from a talk he saw by Israeli neuroscientist Henry Markram. “He basically built virtualizations of the human brain in supercomputers,” Hill says. “He’s very interested in visual consciousness and how we perceive. He basically says that we don’t have the brainpower to perceive everything we’re seeing right now. Our brain can actively process an area that’s about the size of your thumb at arm’s length. Everything else you’re seeing is a hologram that your brain constructs based on memory, association, and expectation. That blew my mind.”

In terms of the effects of cosmic noise in Hill’s metagraph series, that means the abstraction is really there. So why don’t we see it when we’re just looking? Because our brains edit what we see in real time. All that noise gets canceled out. “Visual consciousness is a lot like a digital image,” Hill says. “There’s a real image, briefly, that is then turned into binary information. There’s a brief chemical reaction in back of the eyeball, then it’s turned into electrical signals that are sent to the brain. Then the brain reconstructs that data to form an image, but it does it largely by memory, association, and expectation. I realized that I could visually capture real information, real energy, from the reality that surrounds us but that we don’t perceive.”

Hill was born in Albuquerque and raised in Santa Fe where his mother established Hill’s Gallery in the early 1970s. It was among the first commercial galleries for contemporary art in the city. “I think the gallery opened the day after I was born,” he says. “For all my formative years, I was surrounded by artists and art studios. I never took it all that seriously.”

He attended Lewis & Clark College in Portland, Oregon, graduating in 1995 with a double major in international affairs and German studies. Although he was drawn to art, his parents’ wish was for him to do something more practical with his life. For a while, he co-owned a wholesale lighting design company called Zen Stone Lighting with his wife. It took a severe health issue to put him on a more creative path.

“I had been on the decline for a while, and I just thought it was stress. But I stopped sleeping. For a year, I could only fall asleep after midnight and I would wake up like clockwork, no matter what, at 2 a.m.” He never got a formal diagnosis but believes now that he may have had Lyme disease. “About halfway through that year, I was laying in bed but not really sleeping and I had this thought: What if I don’t get well? What if I’m on a slow decline out of this world? That was a real frightening thought, especially since we had a year-old baby boy. But the natural follow-up thought to that was, Am I at peace with myself? Am I happy with who I am and what I’ve been doing? The answer was no. I promised myself that if I got well, I would only pursue what I was truly passionate about. Even though it was a horrific few years of my life, it was a blessing because it put me on the path I should have been on all along.”

His first thought was to go back to school for architecture, but he wasn’t so keen on years of study and then having to intern before he could start his own practice. “I had so much fun building my portfolio — which included art, houses I had built, remodels I had done, plus some architectural photography — that I thought if I don’t get into architecture school, I’ll go to art school and study photography.”

“Every camera maker, every hardware maker, was extolling their new technology that produced less noise. Every software maker was extolling their algorithms for minimizing or getting rid of it. Even before I started the MFA, I remember thinking — and this is because of my contrarian nature — Wouldn’t it be cool if somebody did something so compelling with digital noise that people would have to love it, just to prove that nothing is inherently ugly? It was really a good year and half before it occurred to me that maybe that somebody should be me because nobody else was doing it.”

But aside from the technical aspects of creating an image using digital noise, Hill was interested in developing a body of work with an aesthetic appeal. He began to see how digital noise could serve as a metaphor. The process itself became a sort of allegory for a journey of discovery.

“I find them, at once, really energetic from the standpoint of color and form and proportion,” says independent curator and art consultant Craig Anderson, who co-curated the exhibition with Patina Gallery. “The color grabs me. The architectural setting grabs me. They look familiar yet they’re very unusual. You don’t read them the way you would read a traditional photograph. He’s a real explorer.”

While they remain mysterious with shadowy figures moving through nondescript urban settings or cityscapes that might only be recognizable by those who are intimately familiar with their architecture, they remain representations of the world as it is, noise added. They’re about looking beyond what we think is there, or piercing the veil of our limited perception of reality, toward the bigger picture. But what emerges isn’t distinct. It’s rather fluid.

“What I most distrust is utter certitude,” Hill says. “When you accept mystery and ambiguity, and when you accept that you really don’t know, then you’re more open to learning new things.” ◀

Online from Friday, May 22 through June 21