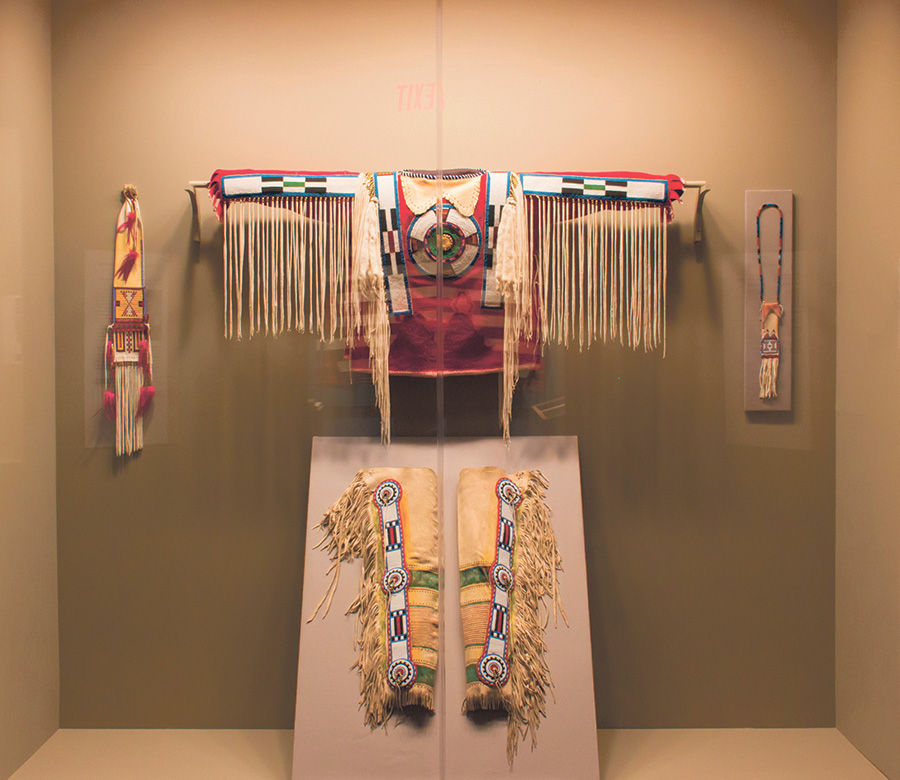 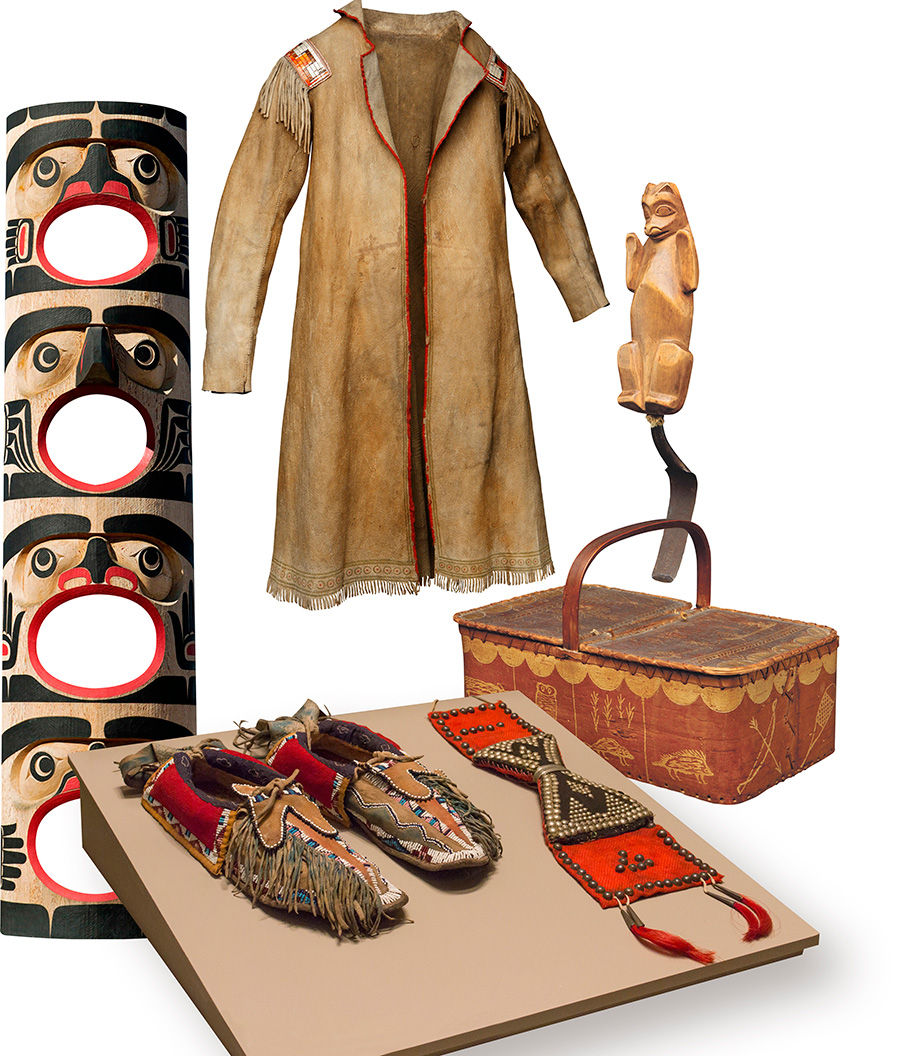 All objects © Ralph T. Coe Foundation for the Arts, Inc.; moccasins and hair tie are details from an installation photo by Neebinnaukzhik Southall; pole, coat, chisel and basket photos by Addison Doty; courtesy Wheelwright Museum of the American Indian 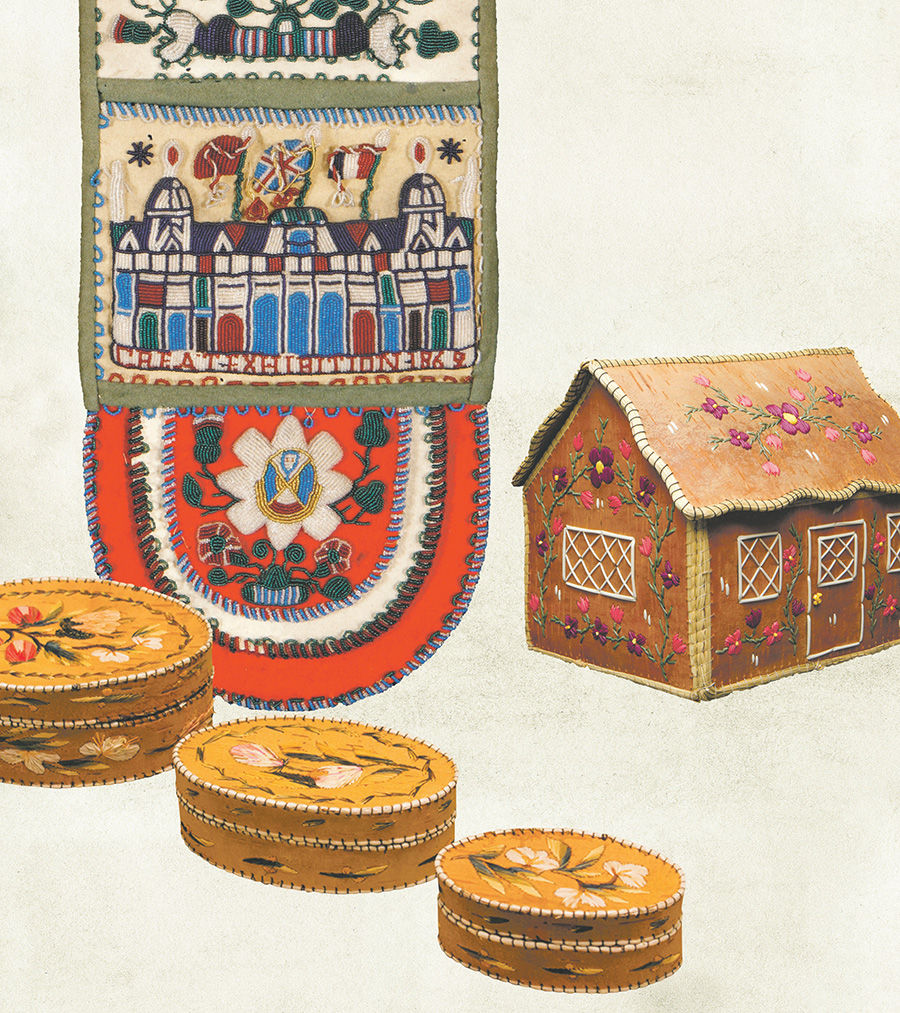 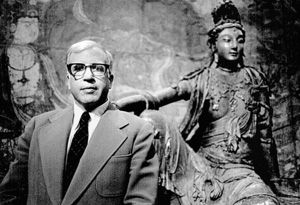 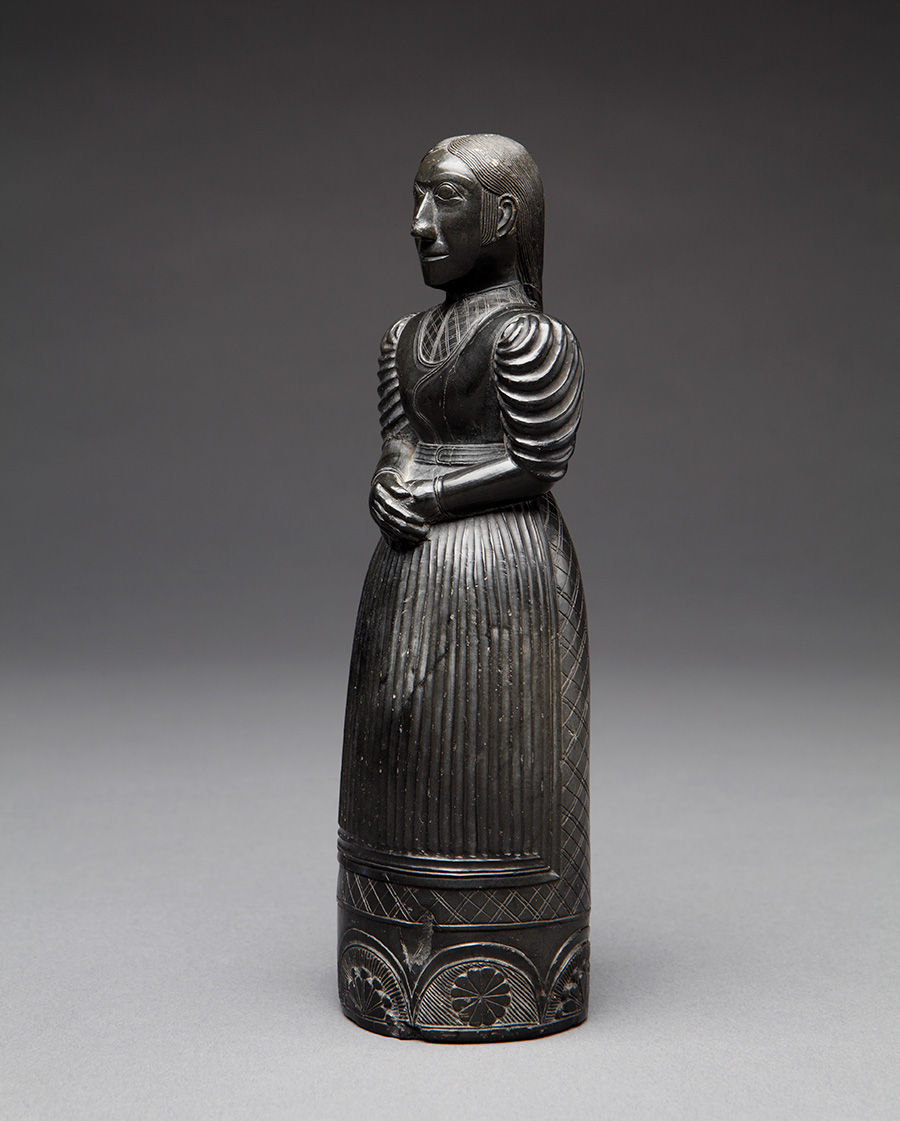 All objects © Ralph T. Coe Foundation for the Arts, Inc.; moccasins and hair tie are details from an installation photo by Neebinnaukzhik Southall; pole, coat, chisel and basket photos by Addison Doty; courtesy Wheelwright Museum of the American Indian

Ralph “Ted” Coe really did like a good slice of pie, as stated in the title of the Wheelwright Museum of the American Indian’s current exhibit Connoisseurship and Good Pie: Ted Coe and Collecting Native Art. But when it came to art and culture, he sought out bigger slices. Coe, who lived in Santa Fe and collected cultural objects from different continents, spent most of his time gathering Native American cultural objects. His dream, which is now a reality, was to make his trove accessible to as great a demographic as possible. “He was originally going to give his Native American material to the Metropolitan Museum of Art and his non-Native material to the Allen Memorial Art Museum at Oberlin [College], which was his undergraduate alma mater and which he loved dearly,” said Rachel Wixom, Coe’s niece and the president and CEO of the Ralph T. Coe Foundation. “He had a change of heart when he started to realize that museums were struggling and a lot of the works were going into their storage areas and not seeing the light of day. It would be difficult for the layperson to get in and experience them. So he started thinking about an alternative way of having his collection be activated, and he wanted people of all ages to come in and touch it and work with it. He was extremely inclusive.”

Coe started the foundation in 2007 with the aim of increasing awareness and educating the public about indigenous cultures of the world. He graduated from Yale University in the late 1950s and became an assistant curator at the National Gallery of Art in 1958. Over the course of two decades, he worked in several positions at the Nelson Gallery of Art in Kansas City, Missouri, and as director from 1977 until 1982. During his career he mounted seminal exhibits on Native arts, including Sacred Circles: 2,000 Years of North American Indian Art, which premiered at the Hayward Gallery in London in 1976, and Lost and Found Traditions: Native American Art, 1965-1985, a traveling show organized by the American Federation of Arts. The latter exhibit focused on contemporary Native arts, of which Coe was an early champion.  He began a late career as a freelance art historian in the mid-1980s.

As a collector, he traveled extensively, living among indigenous tribes, including the Winnebago, Shoshone, and Osage. Wixom began working with Coe when she was in her twenties. “Ted would always come to our house for Christmas, and he always had these marvelous stories,” she said. “I remember one Christmas where he was talking about his experiences up in the Northwest coast and it caught my attention. I suddenly realized that this man was a fascinating person. I really wanted to get to know him and actually be part of these experiences.” That started a tradition for Wixom, who would visit him once or twice a year. “I would spend three or four days or a week, and he always scouted out dealers for me, or we would travel for a couple of days in the hinterlands. He mentored me, essentially. I really enjoyed getting to know him. Unfortunately, when he developed Alzheimer’s, we wouldn’t go as far or we would just settle in one place. Ultimately, he was housebound, so I would come and just stay with him in Santa Fe.”

Coe died in Santa Fe in 2010 at the age of eighty-one, but not without leaving behind a legacy. His collection numbers around 2,200 objects from indigenous cultures in Africa, Asia, Oceania, and the Americas. He collected the same or similar objects in quantity. “He would find a form that interested him, and then he would excessively collect in that area,” Wixom said. “He did that with moccasins. He did that with cooking knives. He did that with Northwest Coast material in general.” A representative selection is on view at the Wheelwright, though skewed heavily toward Native American artifacts. The show includes figurines attributed to the Nuu-chah-nulth and Haida in British Columbia; a 19th-century Chilkat robe from either the Tlingit or the Haida; a model ancestral pole made by Charles James (1867-1938), a Kwakwaka’wakw also from British Columbia; and numerous other model poles from Northern coastal tribes. In addition, the exhibit has a picnic basket by Tomah Joseph (1837-1914), a member of the Passamaquoddy tribe of Maine, and furniture from the Mi’kmaq of Nova Scotia or Quebec. There are objects from the Sioux, the Cree, the Mohawk, and several other tribes. Coe Foundation curator Bruce Bernstein and artist Ken Williams (Northern Arapaho/Seneca) give a talk and guided tour in the exhibit on Tuesday, April 5.

At the start of the exhibit are a number of objects from outside of the Americas; they’re displayed to give you an idea of how Coe would have shown them in his home. The foundation’s offices, located on Pacheco Street in Santa Fe, retain this sensibility as well. “His collection was his family,” Wixom said. “It was about beauty, learning and understanding, culture, people, and form. He would put these objects around in his home next to each other just like my parents did when I was growing up. So you could have a Renaissance piece next to a Native American piece next to an African piece next to a contemporary piece of some sort, all mixed up together because it made it a really interesting conversation, having all these different ways of life in one space.”

The foundation’s collection is accessible to the public. Since February, staff members have opened the doors for walk-in tours from 1 to 4 p.m. on the first Friday of every month. But even a spontaneous visit on other business days can be accommodated, and visits can be arranged by appointment. You don’t need to be a scholar engaged in research, either. The foundation keeps the selection fresh for visitors by rotating out the objects on view. “My father was the chairman of the medieval art department at the Met [Metropolitan Museum of Art] and the Cloisters,” Wixom said. “He ingrained into me that, if you can, you need to rotate objects in museum galleries, because it will change things up. A lot of museums don’t do that because there is a cost associated. At the foundation, we move things around all the time. You may come one month and see it one way and come another month and a few things have moved, or a whole gamut of things have moved, and you’ll see everything in a new light, which I really enjoy.”

This year, the foundation began a series of workshops called Creating Side-by-Side. The next one, on the subject of black ash basket making, takes place on April 9, led by basket weaver Kelly Church (Grand Traverse Band of Ottawa and Chippewa Indians). It’s one of a number of initiatives designed, in part, to increase the foundation’s profile. Another is a curatorial program for grade-school students, similar to the Young Curators program at SITE Santa Fe. “We really need to engage young people into this conversation,” Wixom said. “They have a lot to offer. Their perspectives are completely new, naïve, unique. We can mentor students so that they can be aware of different cultures as well as learn the different ways of working in the field.” A youth-curated exhibition, mounted at the foundation offices, opens on April 30. “The show will be a professional show. They’re writing the text, doing the publicity, and they’re going to be talking to visitors who come to the opening about their experiences and what they learned. In this case, we were able to bring two different schools together: the Santa Fe  Indian School and the Academy for Technology and the Classics. It’s been a diverse group of kids, as well.  I’ve got a pie-in-the-sky hope for this program. I would  love to grow it to the point where it can touch every school here.”

The intention of such programs is not just to foster knowledge of indigenous arts but to promote connoisseurship, an activity that involves having a love and passion for the objects collected. “Not only did my uncle find a form beautiful, but he also wanted to understand it culturally and structurally and get to know the people behind it. It’s in keeping with the mission. He set us on this mission. The foundation is not a memorial to him. He wouldn’t want that. He wanted it to inspire, so that people could experience in their lives what he experienced in his.”   ◀