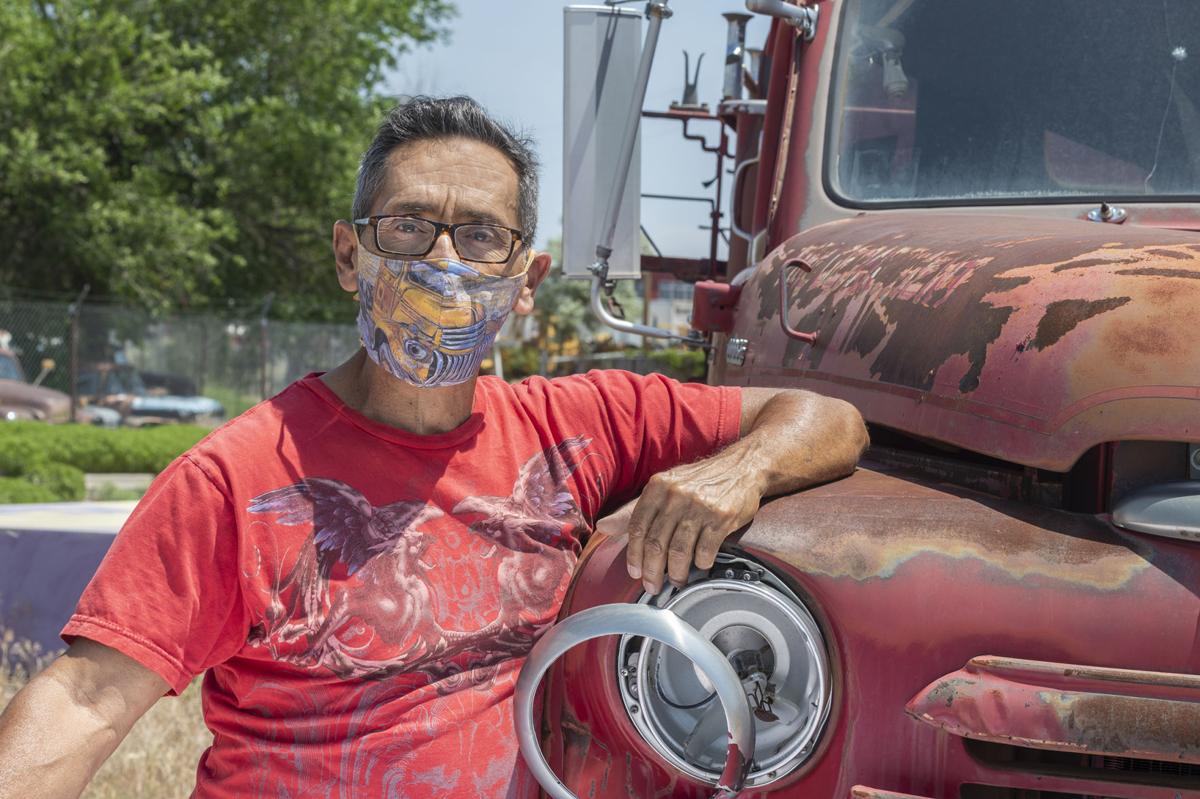 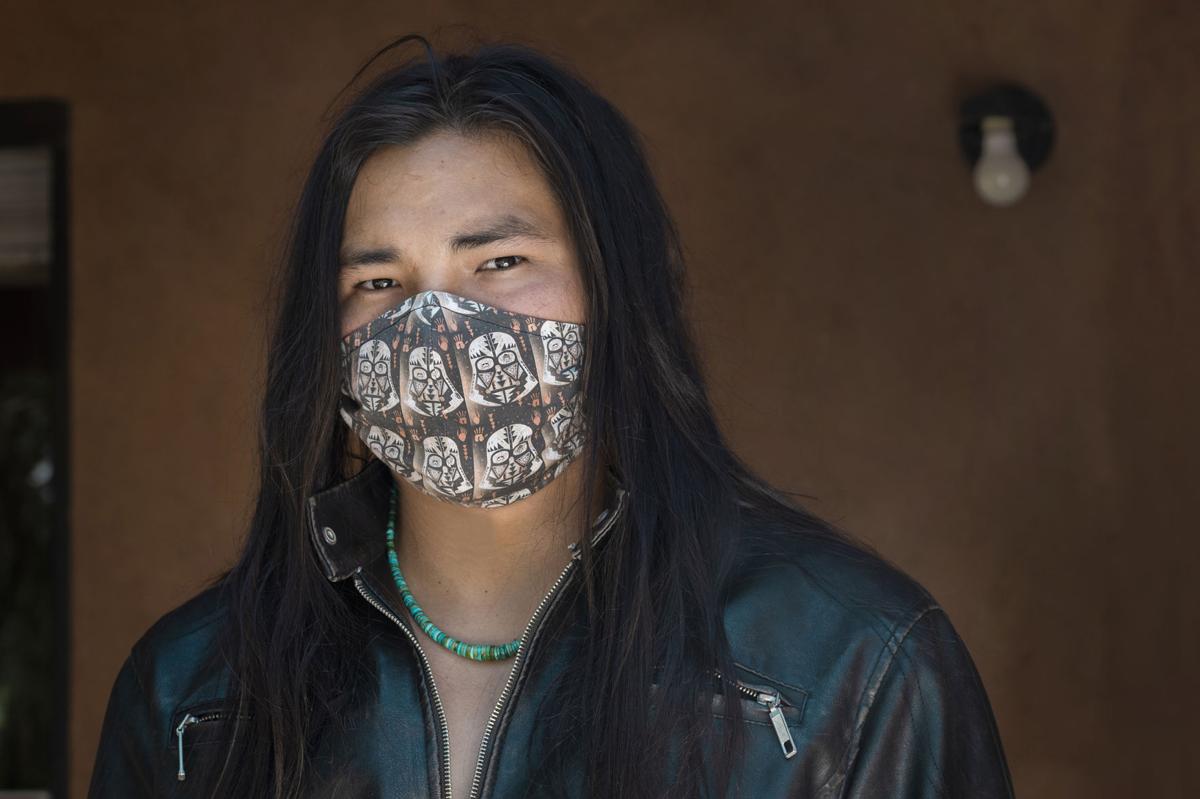 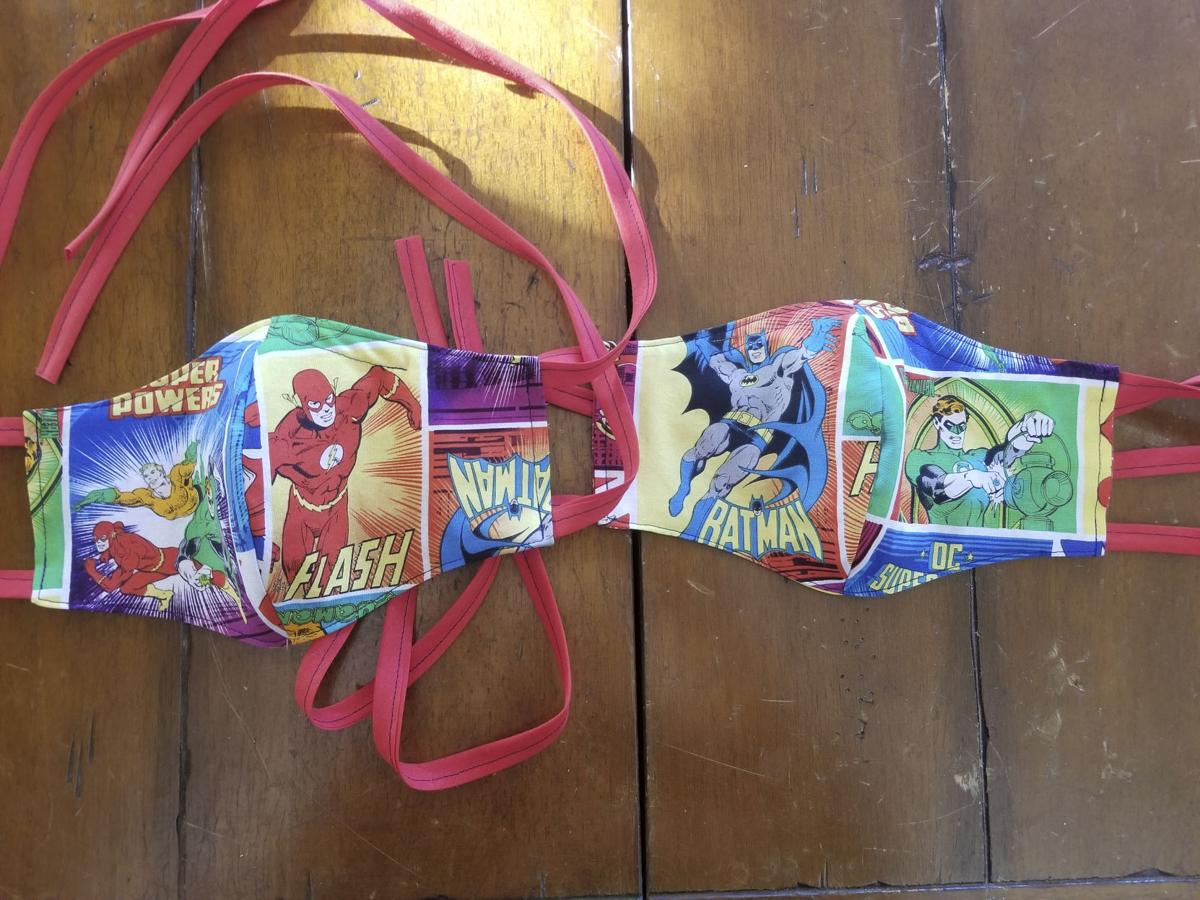 It didn’t take long before the face masks worn to protect others from the spread of the novel coronavirus became fashionable. If given a choice between a solid-colored mask or something that perhaps speaks to your own unique persona or that makes a statement, many would opt for the latter. When the pandemic hit and frontline workers faced a shortage of personal protective equipment, El Rancho mask maker Heather Nordquist answered the call. She’s been working with Operation Bandana New Mexico, which supplies face masks to frontline workers in rural clinics throughout the state.

Nordquist, who works for Global Security at Los Alamos National Laboratory, started making masks in mid-March with Rosie the Respirators, a group that makes masks for frontline workers in Española. “I was stuck at home, and I knew this impending doom was coming our way,” she says of the pandemic. “It was better to keep busy with something. I have about a billion hobbies. I knit and I spin yarn. I quilt and I sew. I offered to sew up some masks because I had quite a bit of fabric in my stash.”

But Nordquist isn’t just donating her homemade masks. She auctions them off to raise money for groups like Operation Bandana. This month, she starts offering one-of-a-kind masks featuring designs by New Mexico artists on her Facebook page. The venture started when she sent an Instagram post of work by artist Michael Toya ( Jemez Pueblo) to her friend and former roommate Maria Sandoval in Los Angeles.

“He does these Native American/Star Wars mash-ups,” says Sandoval about Toya’s art, “and she knew that I was into Star Wars.” Sandoval is more than an avowed Star Wars fan. She’s directly involved with the franchise as a hair and makeup artist for film and television. Most recently, she worked on the Star Wars spinoff series The Mandalorian. Like Nordquist, she’s also been making masks with printed designs. “I was thinking to myself that Michael’s art would make really cool masks. Then I thought Heather should do something with that for her auctions.”

Sandoval reached out to Toya, who agreed to provide her with some of his Star Wars-themed designs, which include The Mandalorian character The Child, known colloquially as Baby Yoda, and Din Djarin (aka the Mandalorian), whose helmet Toya bedecked with feathers, like a Native warrior.

“It’s all hand-painted, hand-drawn, original work,” says Toya, who now lives at Isleta Pueblo. The masks that bear his artwork aren’t being mass-produced (there’s only one pair), but he often does print reproductions of his own work. “If I choose to make prints, then I’ll make prints. If not, it’ll be a one-of-a-kind piece.”

In recent years, there’s been a lot of critical attention paid to indigenous futurisms, an artistic movement in which perspectives on the past, present, and future are expressed in a science-fiction context. Toya’s work fits into this movement. “In my early childhood years, I was more drawn to the traditional side and drew traditional designs,” he says. “I sort of lost interest in art after high school and got into the medical field.”

When Toya met his wife in 2009, he made her a drawing that sparked a renewed interest in making art. In 2016, he attended the Indigenous Comic Con in Albuquerque, which turned him on to the science fiction and pop culture imagery that’s become a feature of his work. “I’ve been a Star Wars fan for as long as I can remember,” he says. “I picked Darth Vader as my first character to design. Then I wanted to do some Stormtroopers and Boba Fett. I just kind of make it my own. I give it my own Native flair.”

The auction for the Toya masks starts at 6 p.m. on Friday, June 19, and runs through 9 a.m. the following morning.

“People can offer whatever amount they want,” she says. “Since I’m not trying to make money for myself, it doesn’t hurt my feelings if we get no bids at all because I’ll just donate the masks anyway.” The winning bid amount is paid directly to Operation Bandana’s GoFundMe drive.

“I think the most I’ve made on a mask lot was $175,” says Nordquist. “That was for my Zia masks. I’ve been custom-printing the Zia masks in different color combinations and those have been pretty popular. They usually bring about $60 or $70 a pair.”

Nordquist is actively seeking original designs by New Mexico artists, which is a unique way to feature their work while also supporting a necessary cause. Artist Roger Montoya, co-founder and artistic director of the nonprofit Moving Arts Española, already provided Nordquist with some original designs, and local photographer Kitty Leaken is on board as well.

Sandoval is also supplying images of her father’s artwork. Richard C. Sandoval was a well-known landscape painter and a former art director and editor at New Mexico Magazine who died in 2012. His daughter has been printing on fabric using a personal inkjet printer, but to print artwork on fabric in full color requires access to a commercial facility. Nordquist is using Black Label Machine, a direct-to-garment print shop in El Rancho that’s operated by her cousin Thomas Thompson.

In the three months since she’s started sewing masks, Nordquist says she’s made over 500 and she’s raised more than $5,000 for charitable causes, including Operation Bandana, through her auctions.

As of June 17, Operation Bandana’s GoFundMe campaign has reached $6,594 of an $8,000 goal. Robin Carrillo Ortiz, who started the initiative, estimates that half of that money came from Nordquist’s mask auctions.

After seeing news reports on shortages in personal protective equipment for healthcare workers, Carrillo Ortiz began Operation Bandana as a small mask-making project out of her Santa Fe home. It’s now an official state vendor with as many as 500 volunteers throughout the state sewing masks, donating supplies, delivering masks, and cutting and washing fabric for the effort.

“We took our first trip to the Navajo Nation on the 7th of May,” says Carrillo Ortiz. “All of the money donations are going to support supply drives to the Navajo Nation and the Pueblos.” The Navajo Nation was hit particularly hard by the coronavirus and has the highest infection rate per capita in the country. In response, Operation Bandana provided masks and personal protective equipment to San Juan Regional Medical Center in Farmington, Rehoboth McKinley Christian Health Care Services and Hiroshi Miyamura High School in Gallup (whose gymnasium was converted into a treatment facility for CoViD-19 patients by the Army Corps of Engineers). “We’ve given PPEs to assisted living facilities and EMTs out on the reservation. In addition to that, we supply cleaning supplies, hygiene items, and water.”

The joint efforts of people like Sandoval, Nordquist, and Carillo Ortiz provide a necessary service to our frontline workers, as well the public at large. Wearing a mask can help slow down the rate of infection. Knowing that the proceeds from sales of art-themed masks go to support worthy causes is a reason to wear them with pride.

Check Nordquist’s public Facebook page daily to see what items are up for auction (facebook.com/heather.nordquist.1). To donate directly to Operation Bandana, visit gofundme.com/f/bandana-makers or operationbandananm.com. ◀

Thanks, Maria. We've updated it.