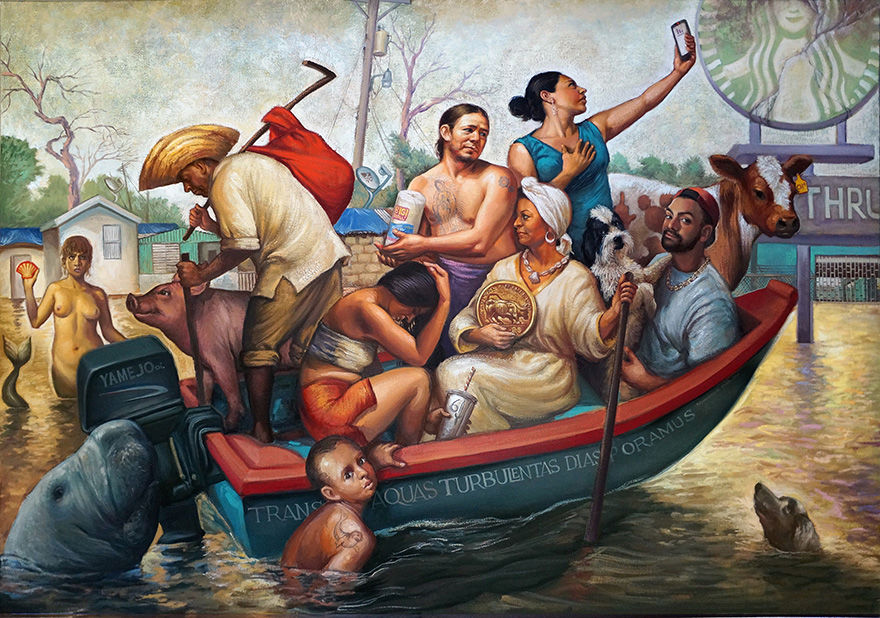 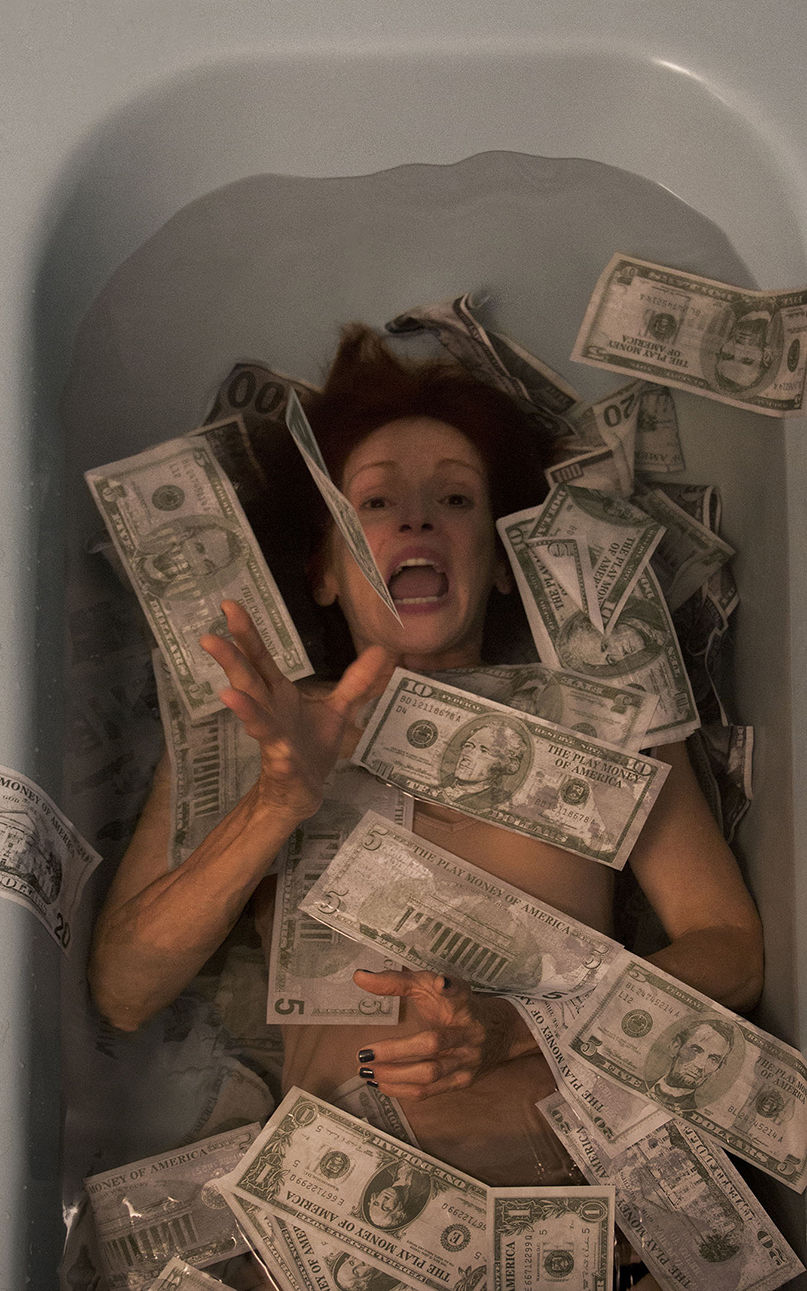 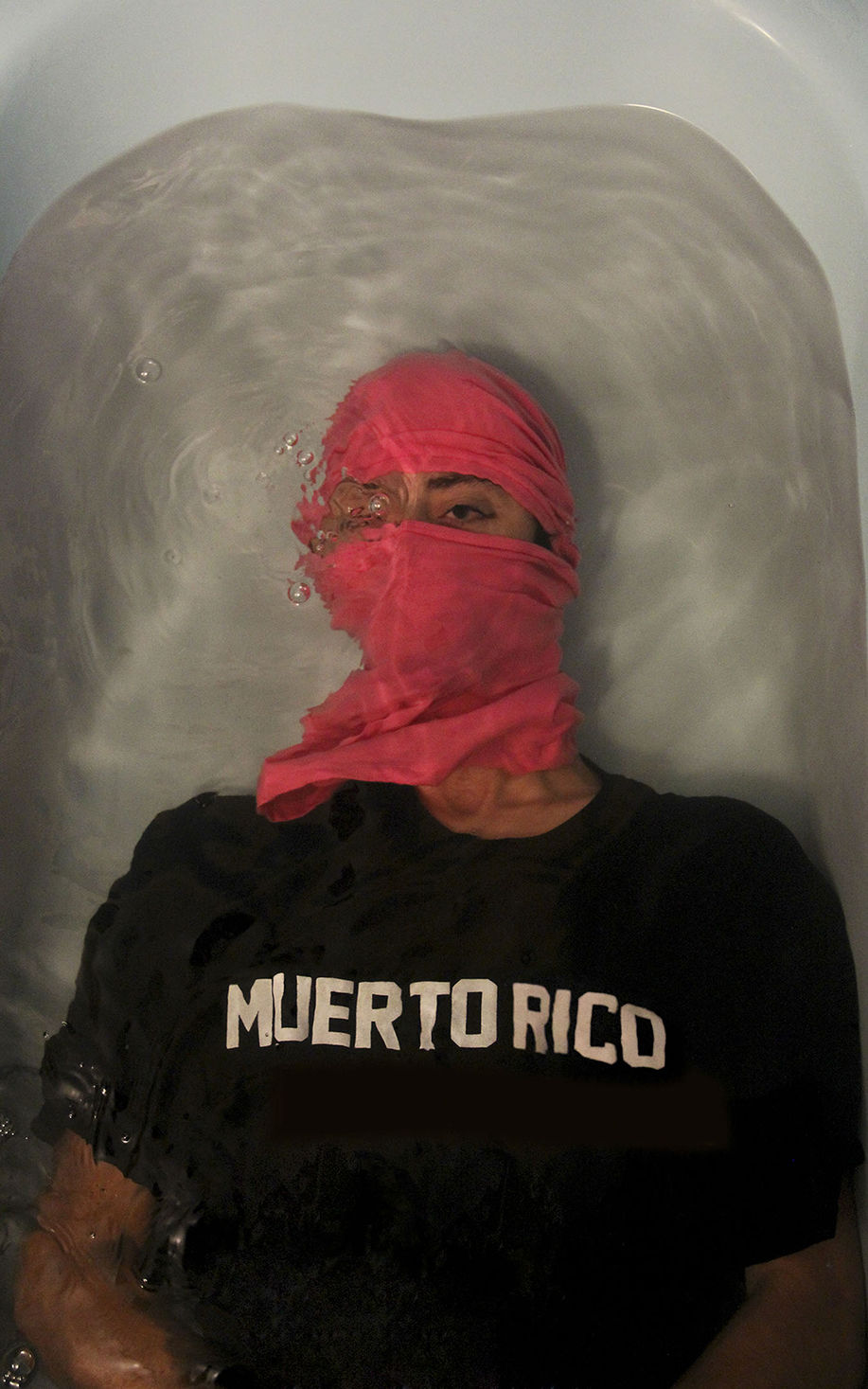 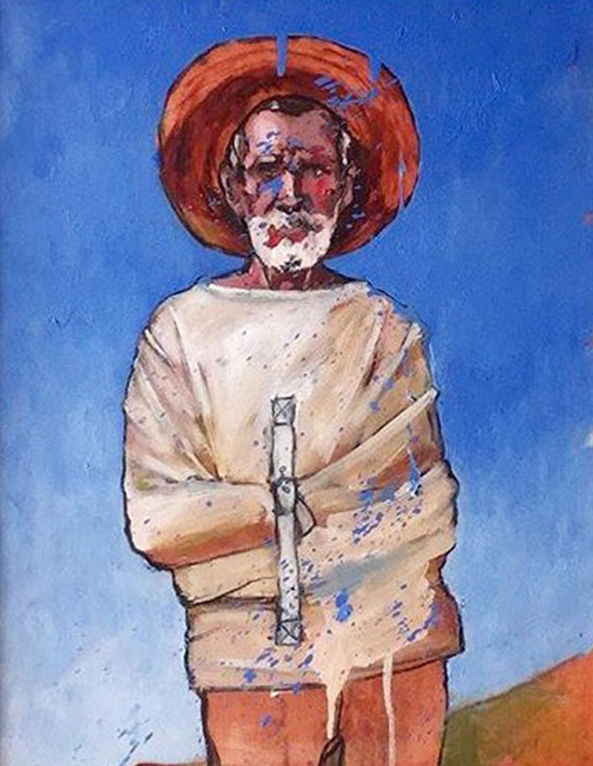 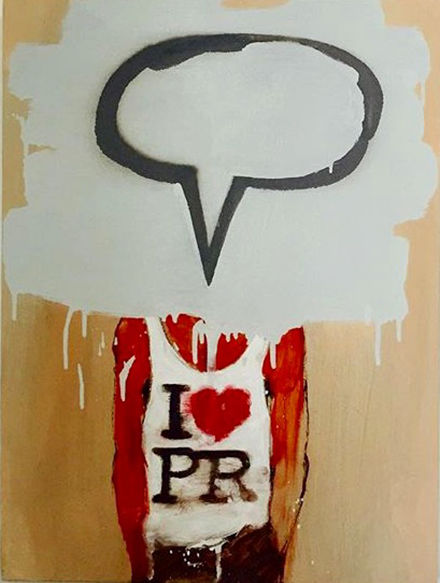 As 516 Arts curator Josie Lopez was planning a new exhibition on art from Puerto Rico and Puerto Ricans in diaspora, she began an email exchange with Santurce-born painter and graphic artist Antonio Martorell. “Defying darkness is a full-time job here on the island,” Martorell told Lopez. She had her title.

Puerto Rico: Defying Darkness runs through Oct. 20 at 516 Arts in downtown Albuquerque, a year after Hurricane Maria destroyed island infrastructure and killed an unknown many. (The governor of Puerto Rico recently increased the official death toll from 64 to 2,975, according to the Associated Press.) For months, Puerto Ricans literally defied darkness during a blackout deemed the second-worst on record by the research organization Rhodium Group. The recovery effort has been heavily criticized for its slowness and insufficiency. In July, New York Gov. Andrew Cuomo noted that the Puerto Rican government had received $5 billion in loans, despite having requested $94 billion in aid.

“It felt like this was really the moment where this kind of show needed to happen,” Lopez said. Yet considering Maria entails thinking of the hurricane “not as this isolated incident, but as something that was in addition to many years of crisis around continued colonialism, around financial crises.” The exhibition explores this historic precariousness. Martorell’s 1979 Loas series, for instance, a collaborative, multimedia exploration of Afro-Caribbean folklore and rituals, was “looking to the traditions of Puerto Rico and really thinking about race and how the idea of race is a part of that larger conversation around colonialism,” Lopez said. “[That] also comes up in the way that the United States has responded to Hurricane Maria.”

Other themes of the exhibition, Lopez explained, are “continued colonialism, climate change and disaster, climate justice … the economic crisis — and finally, the thing that I really want to point out is how artists are demonstrating that they are resilient, and that they’re hopeful, and that they’re resourceful.” Activism — the “defy” part of the title — is central to the exhibition, which features artists who are committed to community engagement and social responsibility. “What you’ll see in the show are works that have multiple layers of messages that are very much socially engaged, but that are also representative of the way that artists become engaged in the recovery,” Lopez said.

Among the exhibition’s works that exemplify such engagement is the 2017 photography series Puerto Ricans Under Water, by Adál. In each photograph, an individual is submerged in a narrow bathtub. One, wrapped in the Puerto Rican flag, poses like a salsa dancer; another wears a pink scarf around her head and a shirt with the words “Muerto Rico.” The series was inspired by Self Portrait as a Drowned Man (1840), in which photographer Hippolyte Bayard posed as if having just committed suicide. In Adál’s work, each subject was involved in determining the imagery and messages. “It all allowed them to basically collaborate with [the artist] in terms of them having their own voice,” Lopez said, while also noting the metaphor of drowning in debt. Puerto Rico’s debt exceeds $70 billion, according to Reuters, in addition to about $45 billion in unfunded pension liabilities.

Voices, or the disturbing lack of them, are also addressed in works by Aby Ruiz. Untitled (El pan nuestro de Ramón Frade) revisits the 1905 painting by Cayey-born Frade, in which an old campesino carries “our bread”: a bundle of bananas. In Ruiz’s depiction, the bananas are gone, the man’s work clothes replaced by a straitjacket. Another oil painting by Ruiz features a young adult in an “IPR” tank top. The person’s head has been painted over with a big, empty cartoon speech bubble.

Patrick McGrath Muñíz, like Ruiz and Adál, uses art-historical images and icons in his rendition of the men and women of the storm. In his 2018 oil painting Diasporamus, hurricane survivors pose statically in a dinghy overladen with people and livestock. The scene resembles a Renaissance tableau. But here, when an arm extends to the sky, it is not pointing to heaven; it is holding a phone to take a selfie. Symbols around the edges of the painting are of corporate, not biblical, meaning: the Starbucks logo, a mermaid holding a Shell Oil shell. The central Christlike figure holds a paper-towel roll, presumably of the same brand as those President Trump threw into a crowd in Guaynabo weeks after the hurricane, a laden symbol in itself.

New works in Puerto Rico: Defying Darkness include Sprout Again/Retoñar, for which Elsa María Meléndez has made four panels composed of materials retrieved from a Maria-destroyed fabric store. Frances Gallardo has also created an installation for the exhibition, bringing together new and extant work. Lopez described how Gallardo’s contemplation of natural disasters closely examines what comes after them: the wind and dust that are roused, the political and social ripple effects. In Murmuration (2017), dressmaker pins are arranged to resemble a cyclone of mosquitoes, like those that swarm after the initial damage has been done.

Puerto Rico: Defying Darkness is accompanied by public programming that spans visual, culinary, literary, and musical arts, adding to the wider perspective that the exhibition both provides and encourages. Lopez said, “Part of my motivation, as well, is to always be thoughtful and … to at least be raising the questions around what does it mean to be American, what does it mean to be Latino? I think that these kinds of exhibitions are an excellent way not necessarily to provide answers, but to at least provide the opportunity for dialogue.” ◀