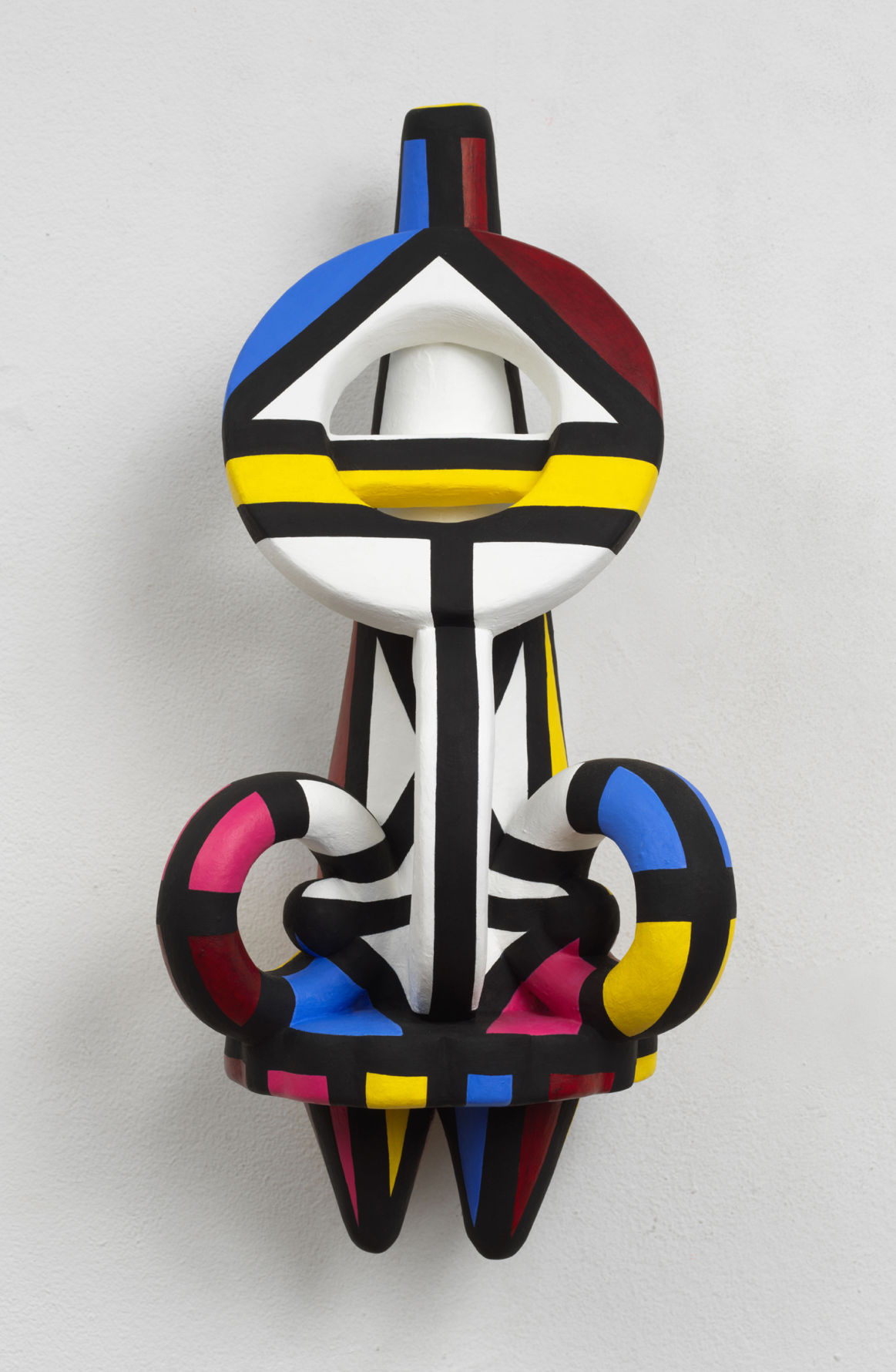 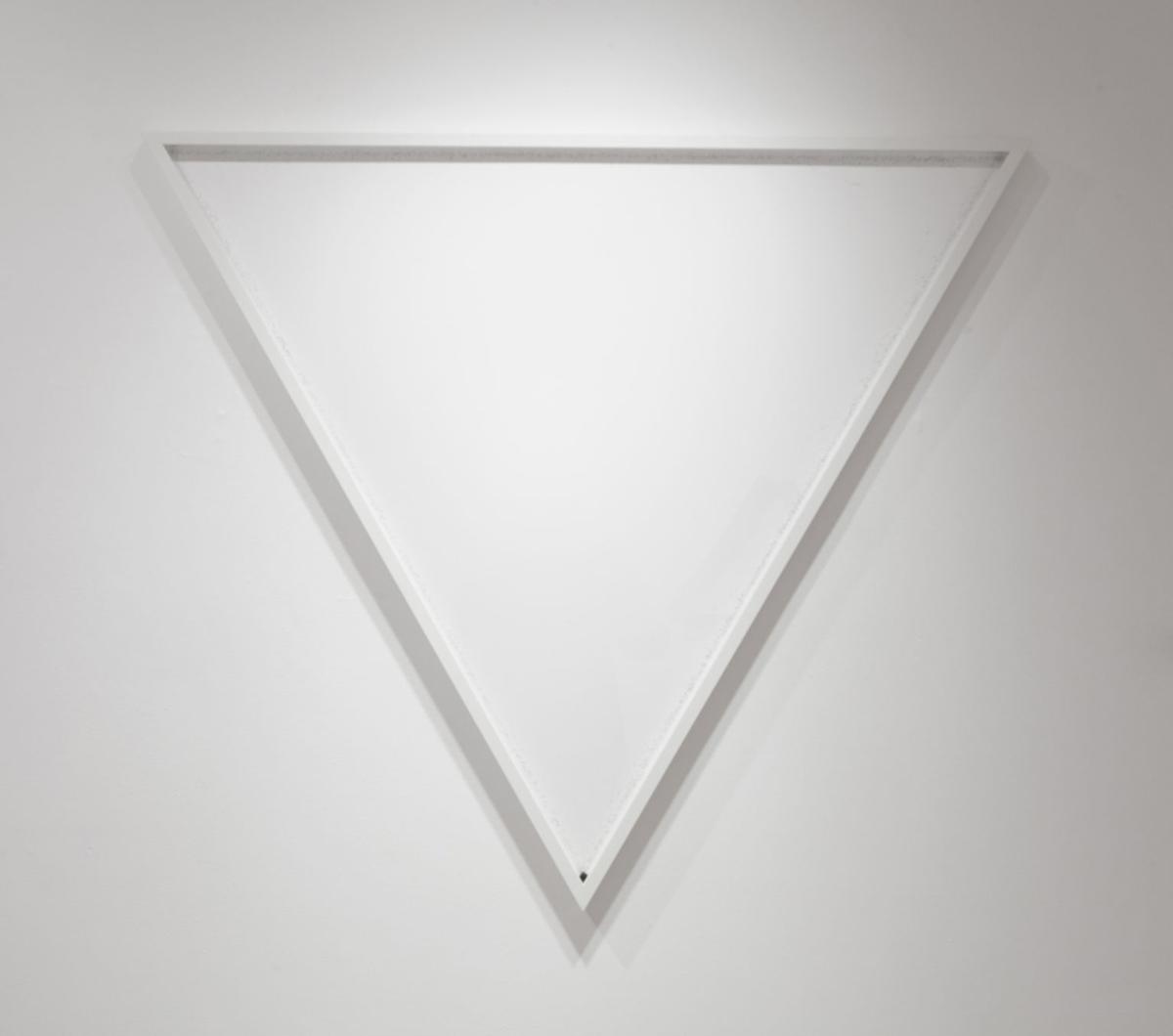 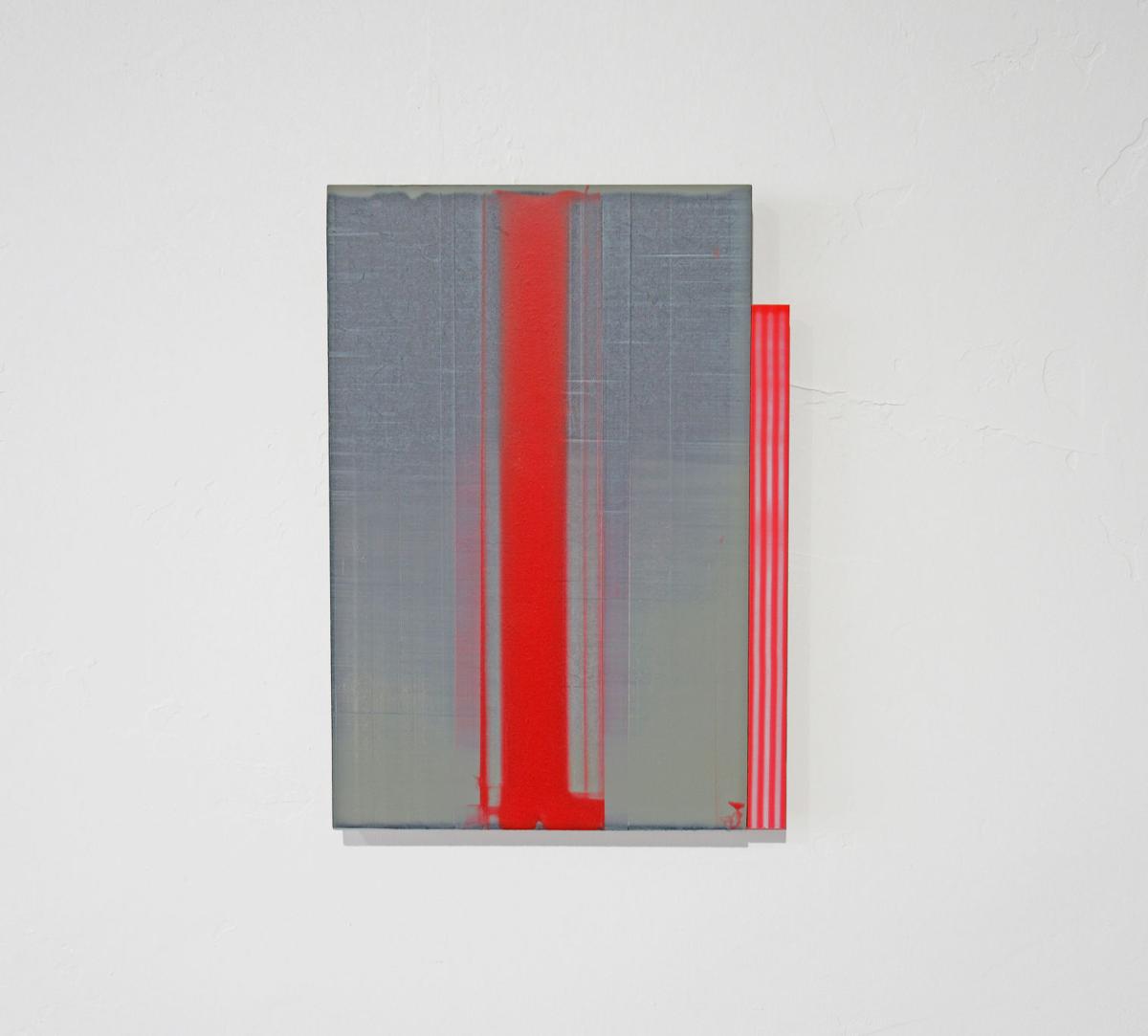 You've heard the expression "What's old is new again." But sometimes it takes historical context to see that contemporary art is part of a continuum. What better venue to showcase a multifaceted selection of works by contemporary artists whose work is informed by geometry than the broad-based Webster Collection? Within the gallery's eclectic blend of fine art, ethnographic art, and antique collectibles, the minimalist and hard-edged works of artists Jordan Craig, Ben Dallas, Eric Garduño, Damien Hoar de Galvan, Jill Levine, and Tom Martinelli occupy a comfortable space.

Neo Geo Now is the first in a collaborative series of exhibits between the Webster Collection and Ylise Kessler Fine Art. The works, curated by Kessler, are recent, and they're not too much a radical departure from the Webster's existing collection to be jarring. In fact, there are instances where they complement and inform one another, although most of the works are grouped separately from the Webster Collection, in a dedicated gallery that's sandwiched between the office of real estate broker and philanthropist Chris Webster and a multipurpose room where he showcases objects from the collection.

Kessler says she initially planned to intersperse the art in New Geo Now throughout the collection but opted to keep it all together in the center room. A wise decision. Otherwise, the pieces would have been lost among the gamut of classical, contemporary, and avant garde works, not to mention pre-Columbian textiles and ceramics, folk art, Americana, and photography. You'd be hard-pressed to know what's part of the show and what isn't, unless you're well-versed in neo-geo (or neo-geometric conceptual) art.

The term neo-geo arose in the 1980s to describe artists who employ geometrics in their work as a metaphor for the structured and constructed manner in which we live our lives in contemporary times. It's a style that draws from the world of objects and things and abstracts them, often to the point where a real world connection is not apparent. The obliteration of the real is the hidden theme here, and the artists in Neo Geo Now touch on it in a variety of treatments, including painting, sculpture, and assemblage.

Garduño, a local artist, is represented by several examples from his First Phase series of triangular drawings. He lays down dense, straight-edged ribbons of charcoal that cut across the triangles horizontally or vertically. He maximizes negative space for contrast but also employs the charcoal in subtle, atmospheric ways. In First Phase V (2012), for instance, a subtle cascade of lithe strands of charcoal, like a rain of dust, surrounds the central triangular form like a halo. The downward movement of this hair-like nimbus lends the work a sense of depth, of an object existing in space. Garduño's frames of reference are corporate logos, military insignia, and national flags, which are their own kind of neo-geo art in that their meanings and associations are buried in abstraction. It's the language of signs and symbols.

Garduño takes a more minimalist approach with Perimeter Drawing (2015), in which a nearly untouched white surface set in a triangular frame bears only faint traces of charcoal-mark-making at its edges. At the bottom, where the triangle comes to a point, rests a small diamond-shaped piece of charcoal. This work stands as a kind of monument or trophy to charcoal, to its unrealized potential as an artistic medium; even a small piece, no larger than a pebble, could swathe the surrounding field of white in tones that range from light and airy to lush, deep, and dark.

Levine's work, which explores the space between painting and sculpture, also has specific reference points, particularly pre-Columbian art and other traditional arts of Latin America. A longtime traveler to Mexico, she finds inspiration in historic codices, Day of the Dead imagery, and the colors and patterns found in serapes and other textiles. Her wall sculptures, such as It's a Wrap (2019) and Estrella (2017), draw from these motifs. Symmetrical in design, they almost resemble totems. There's something vaguely figurative about their rounded shapes and limb-like protrusions, but there's nothing definitive for the viewer to latch onto. While these pieces look tribal, Levine's use of materials and minimalist colors (Estrella is black and white) and vibrant primaries and fluorescents (as in the polychrome It's a Wrap) belong more to the contemporary end of the spectrum than to the traditional arts and crafts that inform them. Each sculpture is made from Styrofoam, plaster-dipped gauze, and modeling compound, and painted with oils. Her two-dimensional works, some of which are also included, are made from the same materials. One flat, rectangular work, 4squared (2018), seems inspired as much by Piet Mondrian's painting Broadway Boogie Woogie (1942-1943) as by anything pre-Columbian.

Overall, Levine's work has a certain aesthetic that, in lieu of the materials she uses, would suggest a cohesive visual vocabulary, like the vibrant colors and ornate patterns of Oaxacan folk art. But she churns her influences into an imaginative, idiosyncratic vision. While there are no direct correspondences to the patterns and decorative motifs on the pre-Columbian ceramics and textiles in the Webster Collection, her work, as well as that of Garduño, makes one appreciate the abstract sensibilities and symbolic thinking that informed art from the pre-contact Americas and continues to inform tribal arts today. By design, no doubt, Kessler hung Garduño's drawing Second Phase (woven) 002 (2012-2013) next to an undated Diné wool saddle blanket just outside the entrance to the gallery. Although dissimilar in some respects, such as medium and color, the crisscross pattern of Garduño's drawing, as the title implies, references the warp and weft used in weaving.

The work of Ben Dallas takes abstraction to a further extreme. Primarily visual, his assemblages offer the viewer no real inroad to his frame of reference. These small constructions of painted wood — no larger than about 11 by 8 inches — explore the visual relationships of color and form, eschewing any narrative sense. What might confound the viewer is their titles. A Story (about Gleaming) and A Story (about Bad Sci-Fi), both from 2019, prompt the viewer to question how these things (gleaming and bad sci-fi) might relate to the work. But the titles are diversions, nothing more. To try to wrest some meaning from them is to try to intuit, at best, what might have been going through the artist's mind when he came up with them. The use of parentheses in the titles suggests that these works could be stories about anything: A Story (about ... insert name here). There are no figurative or representational elements. In A Story (about Gleaming), a long, thin rectangular slab, resting on a shallow ledge, leans against a larger rectangular slab. There's a spatial relationship and a sense of depth offered by the juxtaposition, and maybe that's the extent of the story it has to tell. But if you can appreciate the angle, the lean, or the softly luminous painted stripes in alternating white and gray, is any greater context necessary?

If you haven't guessed, Neo Geo Now is a fun show. It's fun to look at and fun to think about. But, ultimately, its pleasures are visual and not rooted in the inspirations driving the artists, which would be lost on most viewers anyway. This is a show that demands that you meet it on its own terms and think about it geometrically, as it were.