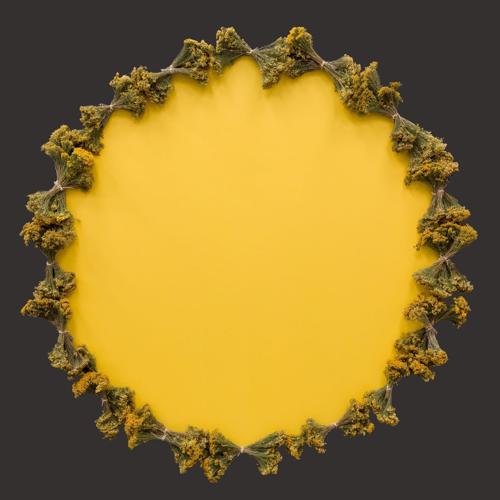 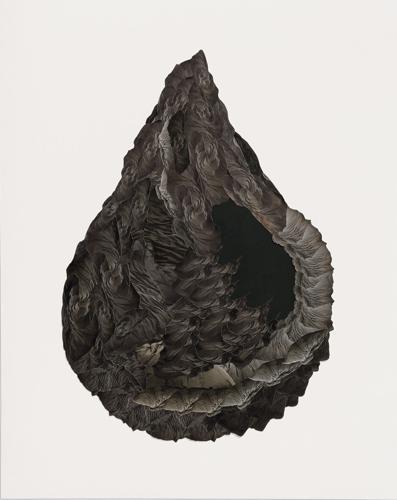 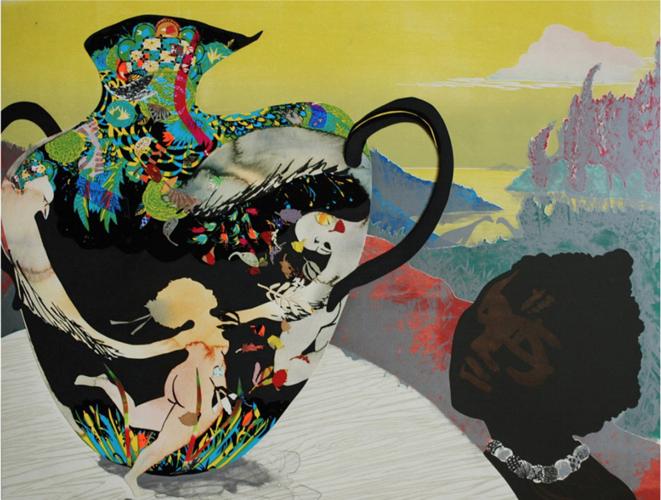 The downtown Albuquerque gallery 516 ARTS has a reputation for exhibitions that bring together multiple artists and dozens of collaborators with interesting threads running throughout their work. But this summer, the space is dedicated to just two artists with concurrent solo shows. Mira Burack and Paula Wilson did not know each other before opening their shows, and yet they explore similar themes, born in part from their experiences moving to New Mexico — Cerrillos and Carrizozo, respectively — from more urban settings.

“Some of the work I do in selecting who goes with who is actually kind of intuitive, and I love to see when it gels like this,” said Suzanne Sbarge, the gallery’s executive director. “It’s their personal relationship with nature that creates a sense of stewardship and preservation.”

Sbarge said she wanted to showcase Wilson and Burack because, while their work is shown nationally, they are not as well known in their adopted state. Burack’s Sleeping between the Sun and the Moon and Wilson’s Entangled run through Aug. 31.

“We do many, many big group shows at 516 with a mix of local, national, and international artists,” she said. “This time, we decided to focus in on artists who are here in New Mexico and really give them a chance to create an immersive experience about their work.”

When Burack, 45, and her husband, Jason Janusch, moved to New Mexico from Detroit nearly six years ago, one of their romantic visions of country life involved chickens.

At the time, they did not know that chickens have a dark side — namely cannibalism. One dominant bird went after the others until it was taken by a local dog. “It turned into a bloody mess,” Burack recalled.

The experience encapsulated the challenges of farming in New Mexico, she said. So she and her husband created (Domesticated) Bird House to memorialize the experience and to mourn the birds they lost. It’s made from a box she found on the road near her home, and it’s covered with feathers from their chickens, as well as turkeys and geese. Music composed by Jason emanates from the box.

Burack said it’s a rumination on what we do to the land and what the land does to us.

“Also, it’s literally laying these chickens to rest. It was our way of coming to terms with the death of the experience and these animals we were responsible for as well.”

Burack, who has a background in psychology, has been exploring ideas about sleep and beds for 15 years. Since moving to New Mexico, she has expanded that to explore the Earth as a bed. (In July, Burack will host a field trip on her property that explores the need for rest, offering a chance to nap in the landscape.) The plants, textiles, animals, and family surrounding her all become part of her work.

Her show is anchored by two pieces facing each other. Sun Son is a seven-foot collage of photographs she took of her son’s baby blanket, knitted by her mother. The photos are feathered and overlapping, a common Burack motif. Facing them is Moon Mother, a wreath-like piece bordered with woven broom snakeweed, plants historically used for medicinal purposes.

Burack said the works represent her home’s interior and exterior landscapes, and how they intersect. She also uses collage for pieces that represent water drops. “It’s an exaggerated way to think about our responsibility to water and how much we have to conserve it, living in New Mexico,” she said. Waterdrop features photos of a duvet from her bed; Dark Water Drop evokes Detroit and the water crisis in Flint, Michigan.

Burack’s focus on reflecting her life in her work is a marked change from not so long ago, said writer and art critic Lucy Lippard. Female artists, she said, would feel forced to downplay or hide the fact that they had husbands, partners, or children. “They were pretending they did nothing but art because they would be looked down on as not serious about art.”

Lippard first met Burack in Detroit. “I think she’s the only person I know who has dealt with the notion of sleep and rest and beds,” she said. “It’s really sort of fascinating.”

Michelle Perron directs the College for Creative Studies’ office of exhibitions and public programs, and is founding director of Kresge Arts, both in Detroit. In 2016 she presented Earth Sky Bed Table, an installation by Burack and Kate Daughdrill. Burack, Perron wrote by email, “creates connections between materials and experiences of those materials, making the viewer not a static voyeur but a vital element of the work. To encounter Mira Burack’s work is to encounter oneself.”

‘BECOMING HER TRUE SELF’

Enmeshment has both positive and negative connotations in Entangled. An essay for the show catalog describes how Wilson, 43, moved to Carrizozo from Brooklyn in 2008. It was a break from an art world “where the way in which she wanted to be an artist wasn’t possible.”

“There is such a special thing that can happen in New Mexico, but particularly in Carrizozo, where I feel like I can totally collapse the distance between art and life,” she said. “There’s such a beautiful natural environment and then so much space to create, and it has this extremely low cost of living so I can support myself just through my art.”

Entangled reflects her quest to collapse the distance between art and life, and between nature and humanity. Wilson, who grew up in Chicago, uses the relationship between New Mexico’s state flower, the yucca, and its sole pollinator, the yucca moth, as a jumping-off point to explore her own entanglement with place and her art. A video installation in the show, Spreading the Wild Pleasures of the Yucca, captures Wilson with her friends collecting and eating fresh yucca. It also shows her as the yucca moth on the stage of the old Carrizozo theater she owns. Her partner plays the yucca plant.

“I’m interested in showing that nature is sensual and even sexual,” said Wilson, who works in an array of media, including printmaking, video, furniture, and sculptures, and who also makes her own clothing.

She said she was drawn to the mutually beneficial relationship between plant and moth because it made her more aware of the landscape, and it was a stark contrast with other relationships in the world that may be abusive. “It opened up a whole world of the way of looking at the land and interacting with nature.”

Her show also explores our entanglement with technology. A bed in the exhibit will allow visitors to lie down and look at a screen above them. The arm on which the screen rests prevents neck strain, she said. But then there’s the whole issue of people never separating from their screens. “As an artist I think it’s so important to have your work reflect the time you’re living in, and our connection to our devices is altering so much about the way we see and interact in the world, both good and bad,” she said.

Dominating the space are two 24-foot-tall female figures. Pod stands with her hands clasped behind her back, in a jumpsuit of blue, white, and earth tones. The other, Seed, spreads her arms, her garment decorated with black, red, and white patterns, suggesting woodblock imagery. A broken amphora, or two-handled jar, lies in a center panel. As writer Alicia Inez Guzmán notes in the show catalog, the latter is both a self-portrait and an evocation of the yucca plant.

Wilson’s other pieces include the print Remodeled, which she called a breakthrough in her process. In it, a dark-skinned woman gazes at a vessel or pot, the surface of which is a riot of color, with plants and birds whose wings blend into the arms of a dancing nude white female figure, and other fantastical designs. But the woman’s gaze is actually fixed on the other side of the pot, which we can’t see.

“The fact that all this diversity of images can exist simultaneously in our minds, and we can piece it together, is something I draw from when making art,” she said of the work, which is a combination of woodblock, lithography, silk screen, and laser-cut elements.

“I just find Paula to be incredibly thoughtful with her work ... and bold,” said Nancy Zastudil, gallery director at the Tamarind Institute and former owner of Central Features Contemporary Art in Albuquerque, which has featured Wilson’s work. She said she loves the fact that Wilson features women so prominently.

“And it’s so often in relationship with landscape or natural elements,” she said. “They’re inextricable in a way I find compelling.”

Tyler Emerson-Dorsch represents Wilson at her Miami gallery, Emerson Dorsch. She noted that Wilson’s works often evoke classical forms like Roman pottery or Impressionist paintings, but with a female figure inserted into the motif. “She’s turning these moments in our history for her own purposes and usually intervening with a strong female figure and often female figures of color,” she said.

The goddess figures have emerged more frequently since Wilson landed here, she added. “Moving to New Mexico really gave her a license to become her true self somehow,” she said. “I feel she was unleashed and it expanded outward in so many different ways.” ◀