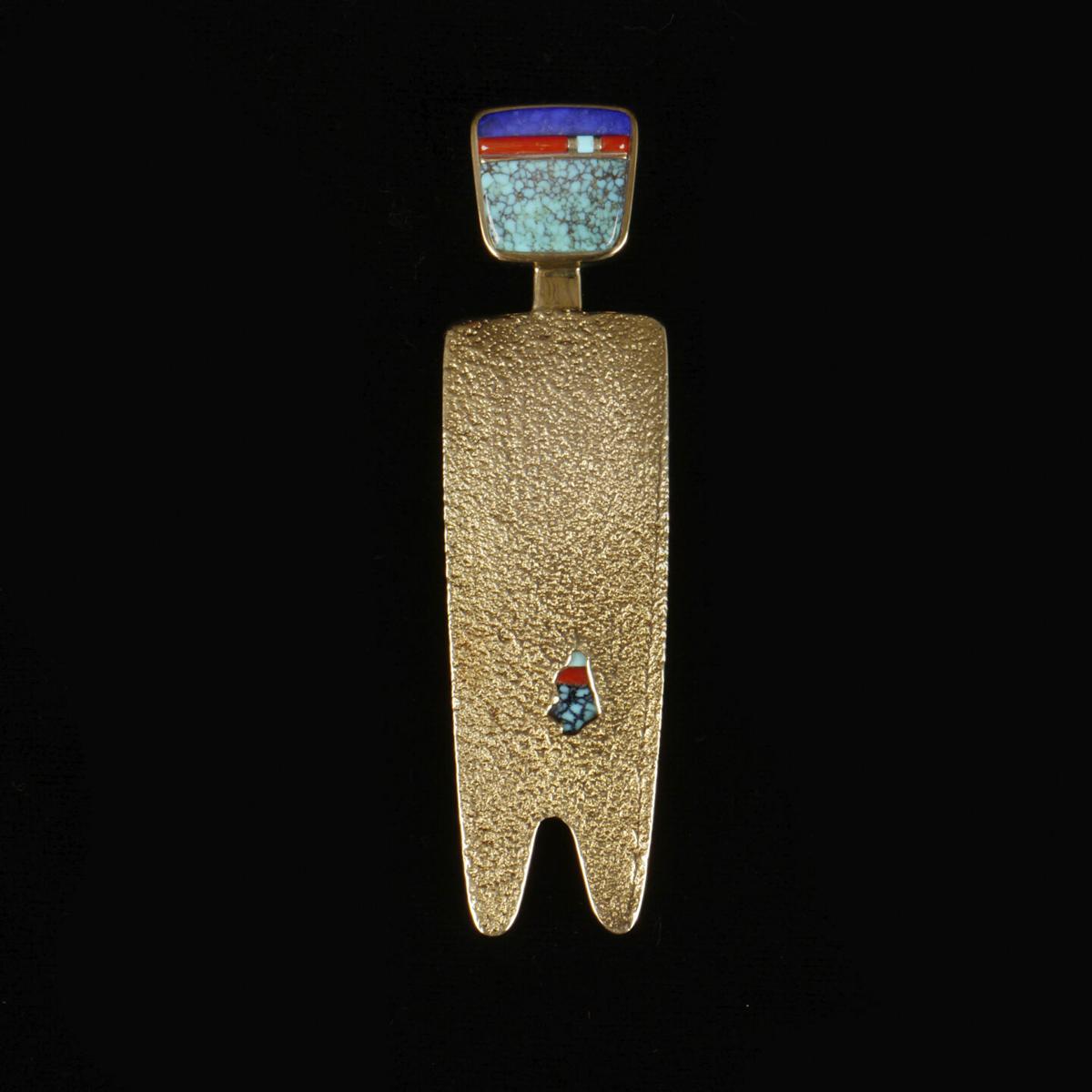 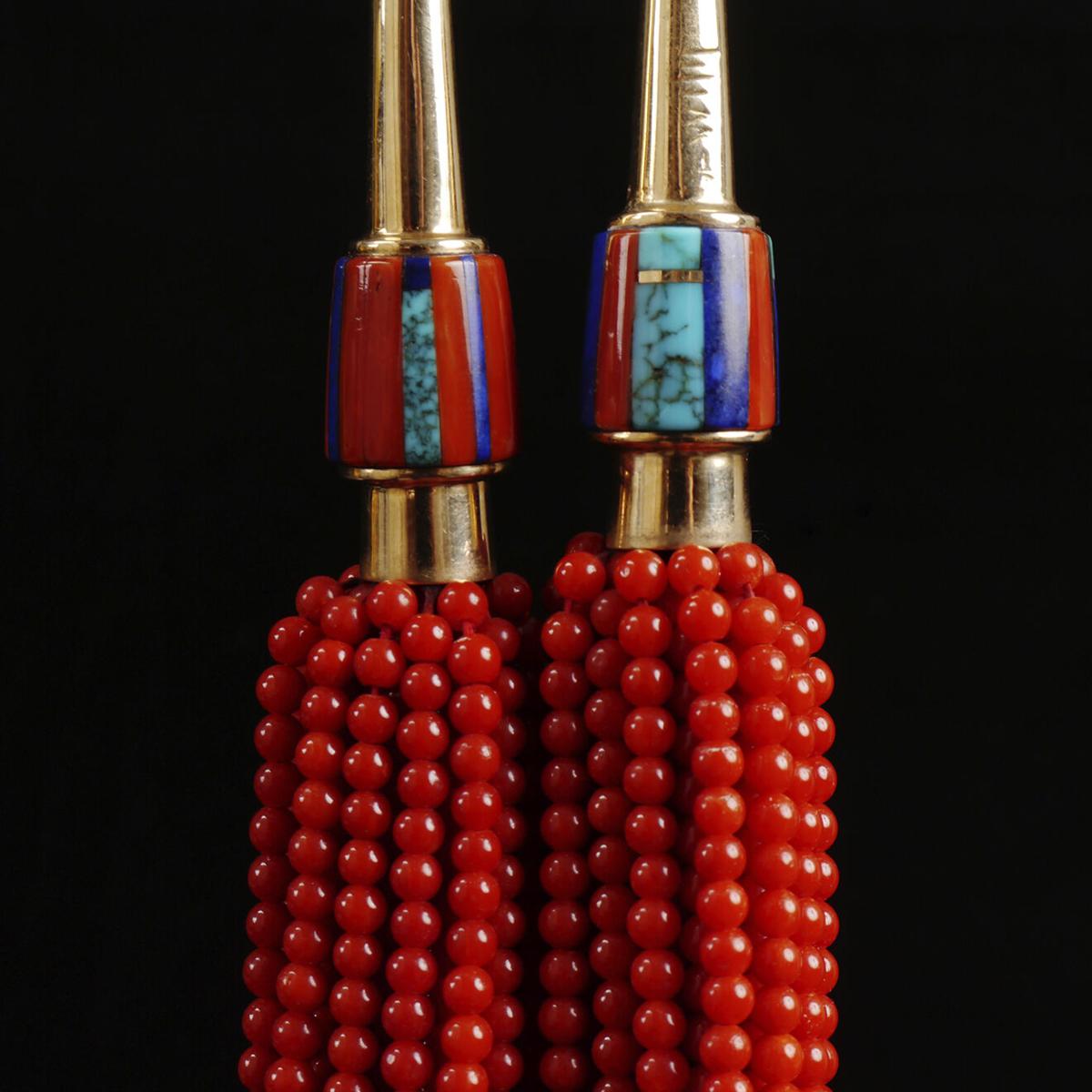 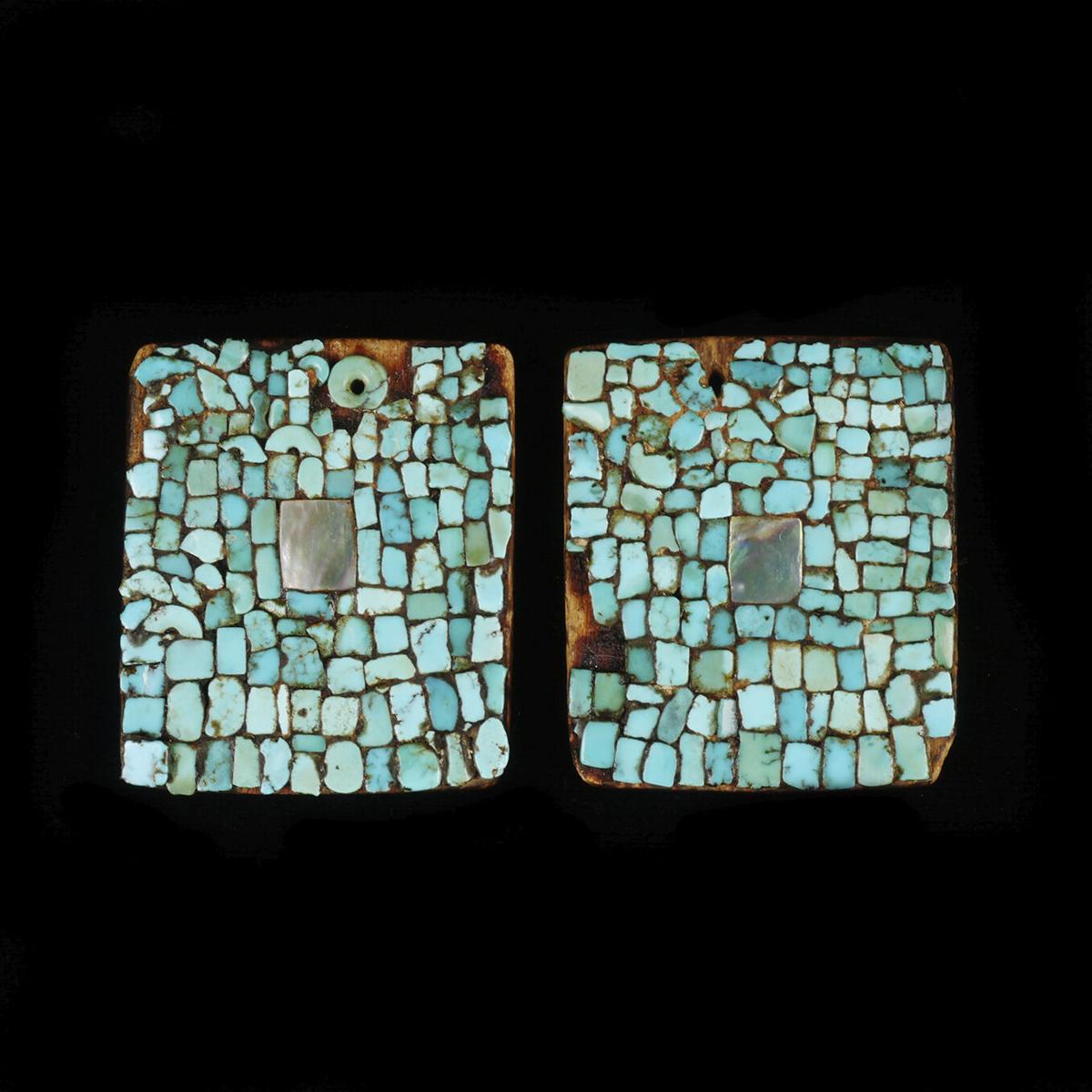 Charles Loloma (1921-1992) is considered the father of contemporary Indian jewelry. But when he was first attempting to sell his wares at Indian art markets, curators didn’t consider his work “Indian enough,” says Ken Williams (Arapaho/Seneca), Case Trading Post manager at the Wheelwright Museum of the American Indian.

“He was, like, ‘I am an Indian person, so therefore my jewelry becomes Indian jewelry.’ He broke barriers and paved the way for Indian artists to create something that can be considered art, as well as jewelry. Half of Loloma’s jewelry [in our collection], you wouldn’t have associated it with being Indian at the time. Nowadays we do.”

Born 100 years ago on Third Mesa on the Hopi Reservation, in Arizona, Loloma was mentored by artist Fred Kabotie when he was in high school. He went on to study ceramics at Alfred University in New York after serving in the Army during WWII. He began his efforts in jewelry in 1955, experimenting with sculptural shapes and modern inlay designs that incorporate traditional Hopi symbolism, like the badger and corn maiden, but resemble Mondrian paintings.

A 1980 bracelet, made from silver, fossil ivory, wood, coral, and turquoise, is sculpted and peaked like a mountain range, with the red strips associated with the Southwestern desert landscape. Williams says it was inspired by the view out Loloma’s window at Hopi. A necklace from the same year, made from numerous strands of coral beads, with accents of fabricated gold, lapis lazuli, and turquoise, would be equally at home at Santa Fe Indian Market and a high-end department store. It resembles older pieces of Hopi jewelry made from somewhat less refined stones and shells.

Ben Calabaza (Kewa), public relations manager at Wheelwright, explains that these items were traded by Indigenous tribes as early as 600 to 900 A.D. In the high desert, stones and shells from places connected to water were highly prized. Places like “Baja, California, the Pacific Ocean. As they get worn by people, it’s that prayer of having water come to the desert; it’s that first connection as to why coral, why shells, why the turquoise, which represents the sky and also water.”

Fundamental to Native American culture, trade has always played a large role in the Indian art world. “[Historically,] you put your differences aside to come together and trade,” Williams says. “You’ll see a lot of Pueblo people wearing Plains beadwork, and a lot of Plains people wearing silver bracelets and rings, or Navajo blankets in their ceremonies. Trade is still a big part of creating beautiful things.” Today, trade often happens between artists at art markets. “Someone wants the necklace you made, and you like their beaded moccasins.”

Calabaza says, “Growing up, my grandmother would let me wear a necklace, and she’d tell me what it was going to cost. I’d go walk around the feast, and if someone said they really liked my necklace, I’d tell them it was for sale. I think a lot of Pueblo and Navajo people have connection to the work that they’re wearing, but a lot of times it’s for that purpose, too. You might trade a sheep or two for a necklace. In my family, that’s how all of our Navajo baskets and rugs were acquired, through my great-great-grandfather trading jewelry for those items in 1800s.”

Jewelry making is often a family affair. Young people learn from their elders, certainly, but many times, parents, grandparents, sisters, and brothers all have a hand in production — grinding or polishing stones, stringing beads, soldering silver, and working on inlay. Although some non-Native collectors and buyers don’t like knowing that the “name” artist isn’t the only one who worked on a piece, it’s a common and accepted practice.

Verma Nequatewa is Loloma’s niece. She signs her jewelry as “Sonwai,” the Hopi feminine word for beauty. Now 71 years old, she began apprenticing with her uncle when she was 16 or 17, she says. He wanted someone to carry on his legacy, and “he knew I could do it.” As a teenager, she began by getting the hang of soldering, and trying inlay, making pieces she says were “pretty rough mosaics.” Eventually, she was able to do the inlay on Loloma’s pieces, carrying out his designs. Now she’s considered a leading lapidary artist, known for her inlay with semi-precious stones, using a color palette similar to her uncle’s.

One of the main things he taught her is to find her inspiration in nature at Hopi. They would go on long walks together or fly in Loloma’s airplane for a bird’s-eye view of the mesas.

“There are all kinds of little rocks and plants that are like sculpture,” Nequatewa says. “He points out all these little designs and just makes you appreciate what we have here on Hopi. How Mother Nature creates little flowers with little petals. That goes into parts of Hopi religion, the roots of Hopi. He said that [making jewelry] is something you’re going to learn, and it’s something that nobody can take away from you. Those were his words, and I remember them so well.”. ◀