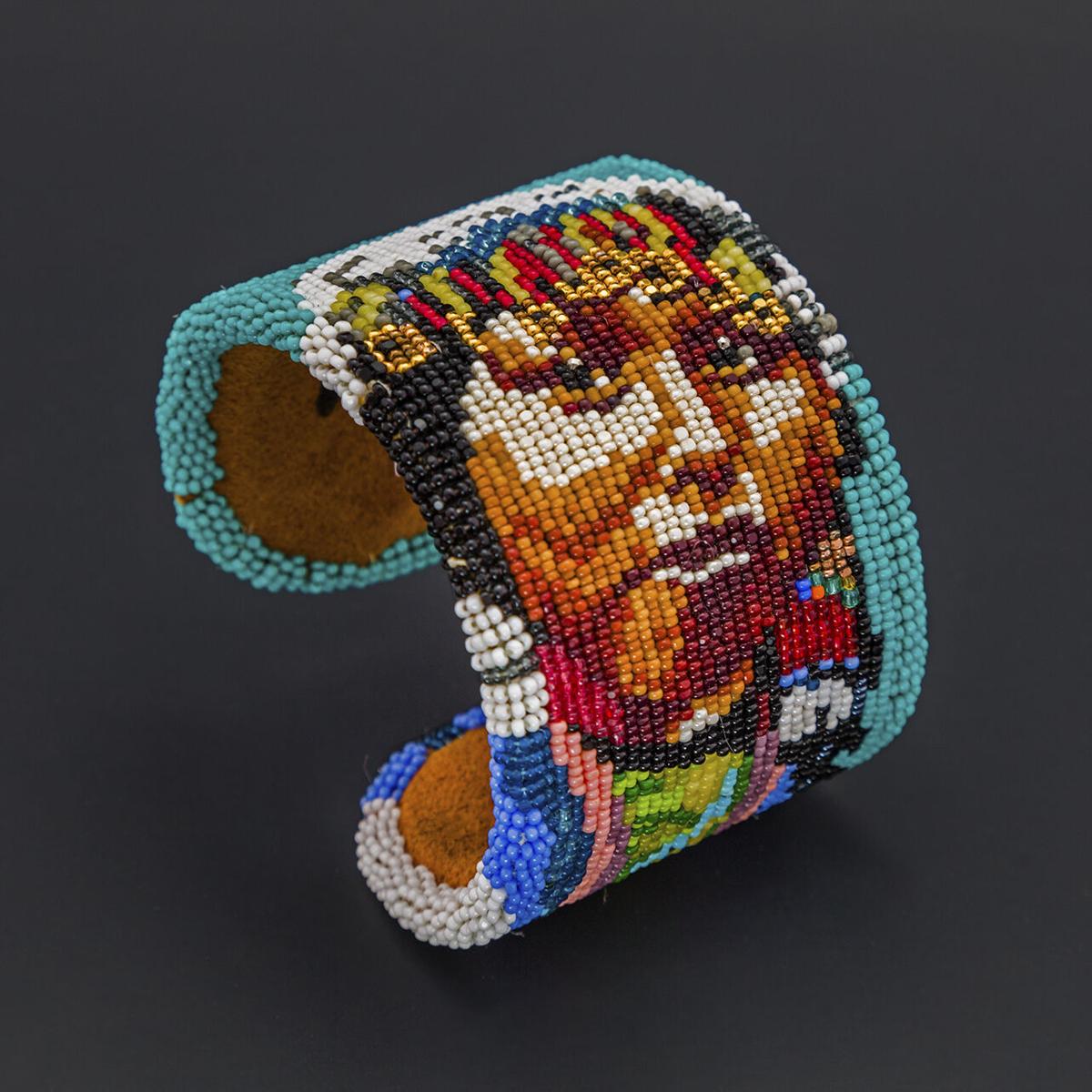 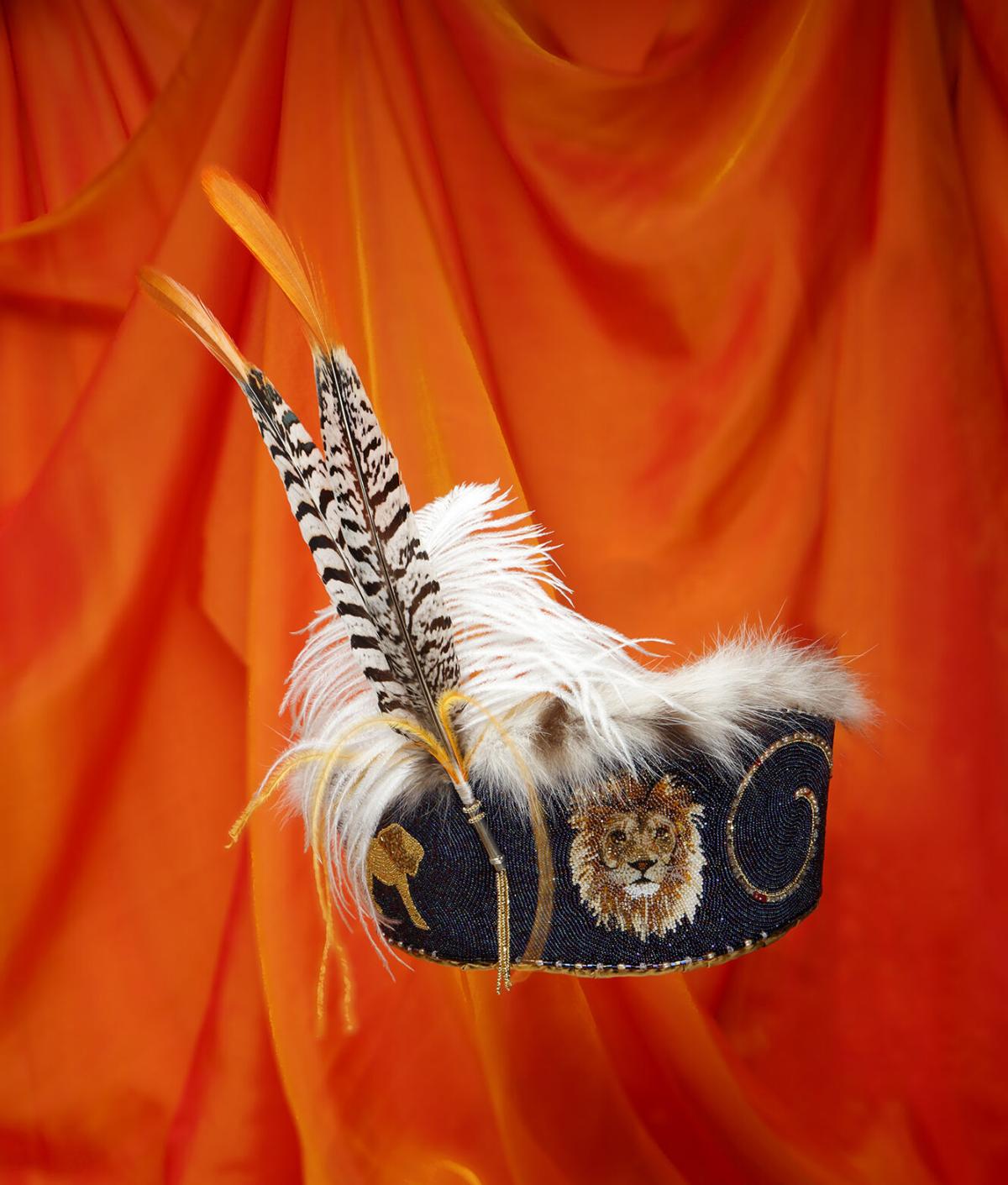 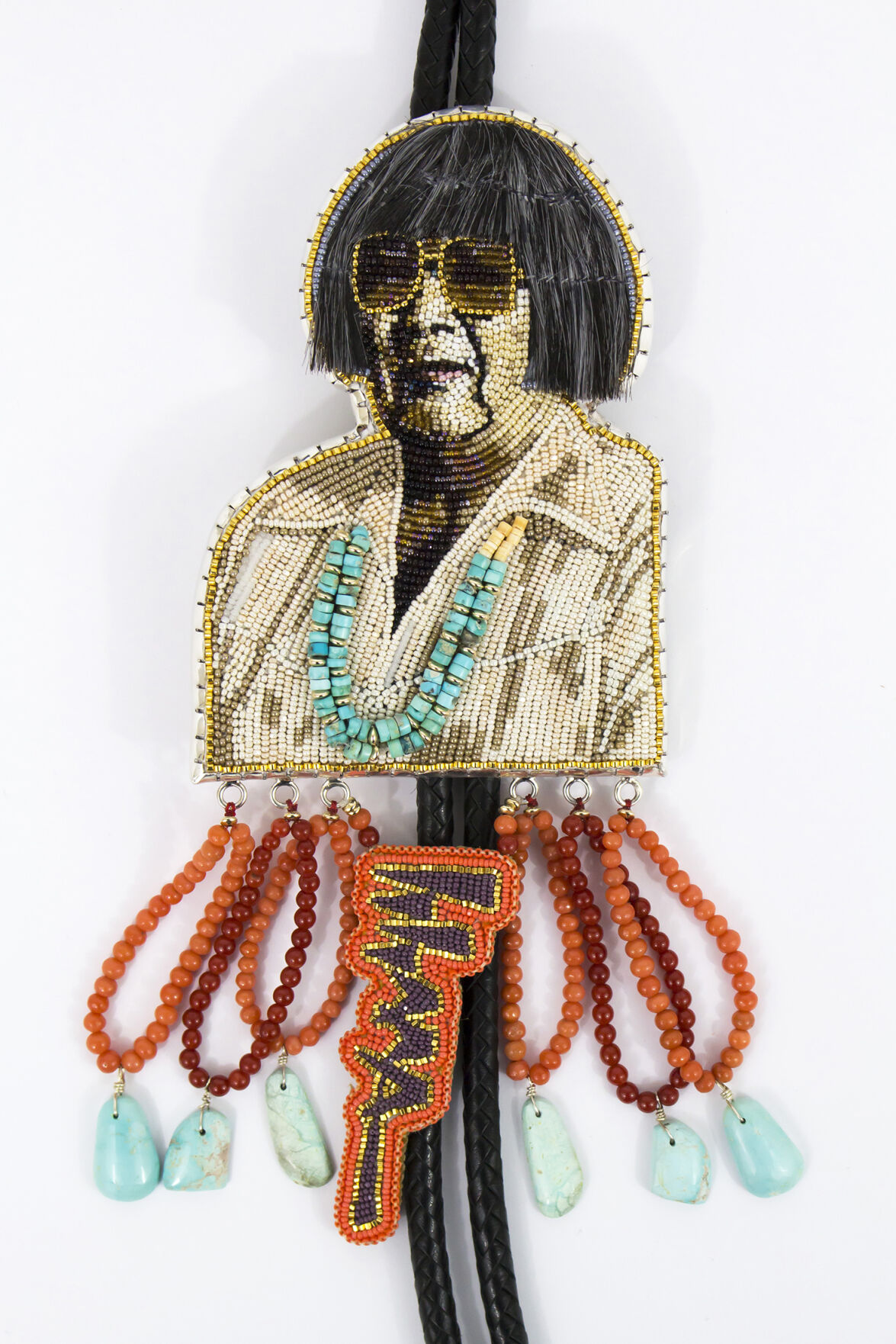 In the 19th century, European traders and colonists brought glass beads to the United States, and Native American artists began using them in their textile embellishment work. Before beadwork, there was quillwork, using cut and dyed porcupine quills to decorate such items as moccasins, bags, and dresses.

“The East Coast Indians were some of the first to see beads come through, because the fur traders came to their section first,” says Ken Williams, an award-winning bead artist who manages the Case Trading Post at the Wheelwright Museum of the American Indian. Although there’s been a revival in recent years, he says that beadwork replaced most quillwork. He began beading when he was 6 years old, at his father’s home on the Cataraugus Seneca Indian Reservation in western New York. As a teenager, he spent time with the master bead workers in his mother’s family, on the Wind River Indian Reservation in Wyoming.

Today, Williams uses glass seed beads in his handbags, shoulder pouches, traditional pipe bags, and mirror bags. “Every artist has an identifiable style of how they create. My stuff gets kind of wild and colorful, because that’s how I am as a person,” he says. “I call my stuff contemporary traditional because it’s a mixture of my traditional upbringing, as well as how I see myself in the world. Some beaders will do floral, some will do geometric, some will do pictorial.”

Some of the most common beading techniques include loom beading, in which long strips of beads are formed; net beadwork, in which clusters of beads are worked into a tube shape; and beaded applique, which is often used in pictorial image-making. Among the most well-known contemporary bead workers is Marcus Amerman (Choctaw), whose pictorial work includes bracelets with beaded portraits of such pop-culture figures as Wonder Woman and agents Mulder and Scully from The X-Files, as well as famous Indigenous faces, including potter Maria Martinez. Navajo fashion designer Orlando Dugi makes couture hand-beaded evening wear and accessories. He works with floral motifs, animal figures, and abstract designs, stitching one tiny bead at a time onto silk, velvet, and leathers.

Jamie Okuma (Luiseno, Shoshone-Bannock, Wailki, Okinawan, La Jolla Band) is especially known for her designer boots and high heels, beaded with images of animals, birds, flowers, and geometric designs. Her pictorial work has an almost photo-realistic quality, such as her portrait of Anthony Hopkins as Hannibal Lecter from 1992’s Silence of the Lambs on an Italian leather wallet for a piece called Fright Night (2019).

“She’s known for making things on a minute scale, very acclaimed for detail attention. She’s gotten into mainstream fashion now,” Williams says. “As an artist you grow, and you may do something different.”

One way that Williams stretches as an artist is through collaboration. Ancestral Inspirations (2017) is a drawstring purse by Williams and “Sonwai” Verma Nequatewa (Hopi) that is included in the Wheelwright’s Center for the Study of Southwestern Jewelry. The navy velvet purse has golden silk ties with leather accents. The lower portion of the bag is beaded in pink and purple glass beads, rimmed in crystal and pearl. Inset into the bead work are lapidary corn maidens, which Nequatewa made to represent Williams’ sisters.

“Verma is in tune with the land,” he says. “Her house was built on a cliff. You look down and see all the mesas. One day when we were stumped on the collaboration, she said we were going to go look at petroglyphs. After we went and looked, it snapped what we were going to make. It just flowed.” ◀