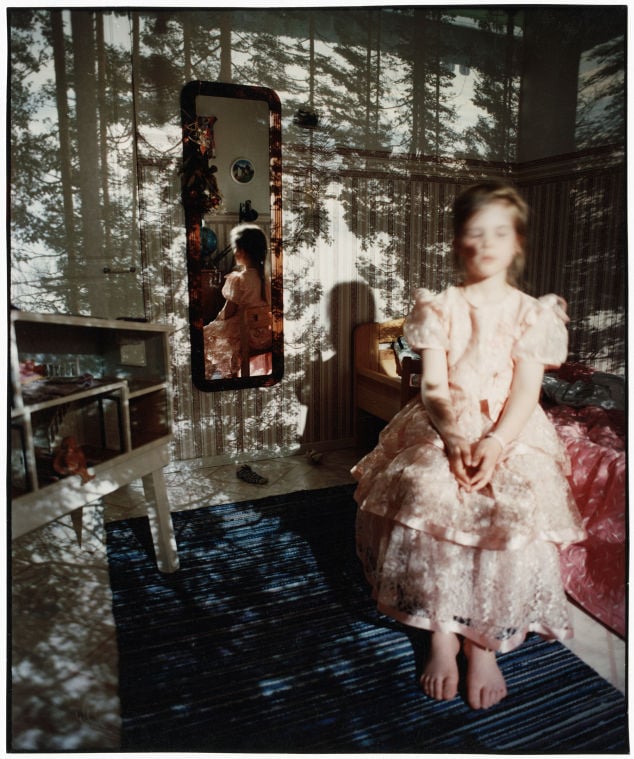 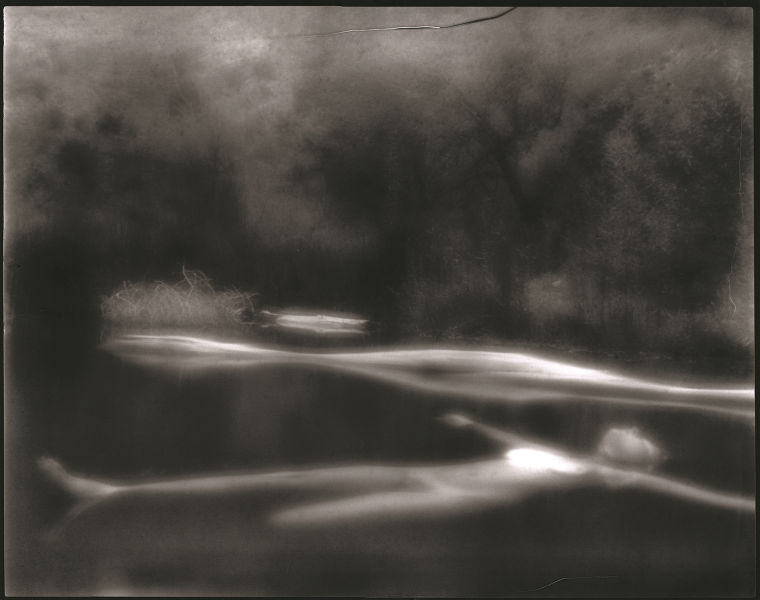 For nearly 30 years, San Lorenzo, New Mexico, photographers Eric Renner and Nancy Spencer collected examples of pinhole photography. By the time they donated the Pinhole Resource Collection to the Palace of the Governors Photo Archives in April 2012, there were 6,000 photographs by 500 photographers from 36 countries. “We didn’t buy any of these,” Renner said. “Probably 99 percent were ones that people contributed without us saying we like this photograph; in other words, people sent them thinking we might publish some of them. It’s not like the art collector who buys an image because he likes it. So it’s an odd collection but an interesting one.”

Nearly 225 photographs and 40 cameras from the Pinhole Resource Collection are featured in Poetics of Light: Pinhole Photography, an exhibition curated by the two at the New Mexico History Museum. Most of the works are from 1969 to the present, although there is a historical pinhole section with an 1890 print and examples from 1917 and 1919 by Laura Gilpin. Selections from the collection are featured in Poetics of Light: Contemporary Pinhole Photography published by the Museum of New Mexico Press.

The idea of the pinhole camera and its room-size version, the camera obscura, go back more than 2,300 years. In the camera obscura, a small hole in the wall of a blackened room projects an inverted image of what’s outside the hole onto the opposite wall. The pinhole camera does the same thing in a box, capturing the image with a piece of film on the surface opposite the pinhole or aperture. On April 14, a crew was in the process of building a camera obscura in which museum-goers can witness the rear wall of the Palace of the Governors projected onto the wall opposite a small aperture in a blacked-out window.

All kinds of objects have been repurposed as pinhole cameras. In 1992, Jeff Guess placed a piece of film in the back of his mouth and exposed it via a pinhole formed with his lips. Cameras on display in the exhibit include a converted Boraxo can and a powder-puff container as well as finely made cameras. No matter the construction, a pinhole camera has no lens, no viewfinder, and no integral light meter, so determining both composition and the exposure — how long to leave the aperture open to expose the film — is tricky.

“That randomness appeals to me,” said museum photo archivist Daniel Kosharek, the coordinating curator of the exhibit. “You go out there and expose what you think you’re going to take, and when you get the film back it’s like, I took that? There’s a lot of quirkiness inherent in the process that ends up in the pictures.” In the hands of exhibit designers Caroline Lajoie and Natalie Baca, mounting devices and other aspects of the show design sport a low-tech industrial feel that Kosharek said is “in line with pinhole photography: you make it up as you go.”

There are pinhole photographers coming to the opening from Japan, Italy, Sweden, Germany, and Poland. Renner said he believes the museum’s pinhole collection is unique in the world, although there are museums that have collected pinhole work by certain people, such as Shi Guorui, who has an image in this show: the 10½-foot-long A View of San Francisco From Alcatraz, 18 October 2006, made by converting a prison cell into a camera obscura.

The Pinhole Resource Collection was started by Renner in 1984. “I wrote to people I knew throughout the world who were doing pinhole and said, If you’d like to contribute photographs it would be wonderful, and if we get enough we’ll publish a magazine.” “Also, when Eric started,” Spencer said, “one of the things he noticed when he was giving talks around the country was that afterward a very shy person would come up to him, the last person in line, and pull out a little box of pinhole photos. Eric thought this would end up in somebody’s closet and eventually get thrown out, so he needed to start to collect them.”

Renner and Spencer published three issues of Pinhole Journal every year for 22 years, ceasing publication in 2007. “Some of the most interesting work happened before the time when everybody knew that pinhole was in the air, prior to Art Forum and Art in America putting pinhole images on their covers,” Renner said.

The curators are examples of photographers who do nothing but pinhole. “Regarding the low-tech aspect, I think that’s what attracted many of us to pinhole at a time when cameras were becoming more expensive and the whole crafts movement was on the rise,” Spencer said. “But what has happened recently is that many people are putting a pinhole or a zone plate on a digital camera. In fact, Eric and I are working with that right now.”

The couple divided the museum exhibit into categories, including portraits, landscapes, multiple-pinhole imagery, scientific pinhole photography, “and just showing the enormous variety of ways that pinhole photogaphers work, which is astounding and differs enormously from person to person,” Spencer said. “There’s such ingenuity.”

One of the exhibit pieces that embodies that ingenuity is the pinhole suit by Ben Conrad. He made it almost two decades ago during his sophomore year at the Minneapolis College of Art and Design, where he was majoring in photography. “I was 19. Photojournalism was always my passion in high school,” he said. “My heroes were the Life magazine photographers, but I was a little frustrated with the work I was doing. This was going in an opposite direction.” He made 135 little pinhole cameras, cutting, gluing, and taping pieces of bookboard, incorporating front plates of copper punctured with a brad for the aperture, than affixing the cameras to a garment. After painstakingly loading all the cameras with pieces of 4 x 5 film, he headed out.

“For my first go at it, a very good friend said I should call the newspaper. I went out on a corner in downtown Minneapolis wearing a cape covering all the cameras, then three friends took it off of me and it was about three minutes’ exposure. The next day it was on the front page of the Star Tribune, and I was like, What is happening right now? This is amazing. I come to class that day and people are clapping and it was like, Oh my god. Then right after that, Eric from the Pinhole Collection called my school and tracked me down, and there was a feature in his magazine. It was an experiment. The quality didn’t really matter. It was more about the act of doing it. But I have images, and they’re kind of interesting. It does feel almost like if the pores of your skin could take pictures.” Poetics of Light has a tower grid fashioned from 130 of Conrad’s photos and Conrad’s suit on display. Conrad has not dedicated himself to pinhole. He soon transitioned into animation and film. His company, Logan Pictures, recently produced the movie A Girl Walks Home Alone at Night.

Another who has evolved in a different direction is Peggy Ann Jones, who has many photographs and handmade cameras in the show. She presents a lecture at the museum on Aug. 8 titled “Pinhole to Pixel.” On her website (www.pinhole.us), Jones offers detailed information about constructing pinhole cameras, about her investigations into cameraless photography and using cameras designed to leak light, and about her 1984 Sculptural Cameras series. “Most photographers who delve into this area are sort of reinventing the wheel, which allows you to work with few preconceived ideas, and that’s what made my cameras at that time so unique,” she told Pasatiempo. “I was exploring basic ideas, like how light enters a camera. I used actual funnels, after the idea that light is funneled into the camera.

“Once in a while I would look at old cameras, like I did with my Eclipse camera in the Sculptural Cameras series. I had seen the 19th-century Gray’s Vest Camera, a flat camera you could wear underneath your clothing and take surreptitious photos through a buttonhole. Like mine, it made circular images on a circular plate, but mine was a big, heavy, wooden thing with a funnel. It wouldn’t be good as a detective camera.” ◀

All the world's a camera: Artist Julie Schachter

One of the delights of viewing pinhole photographs is the inventiveness of the devices used to create the images. When it comes to pinhole cameras, almost nothing is sacred. 60 pinhole cameras, along with more than 6,000 pinhole images, were gifted to the New Mexico History Museum in 2012, creating the museum’s Pinhole Resource Collection.