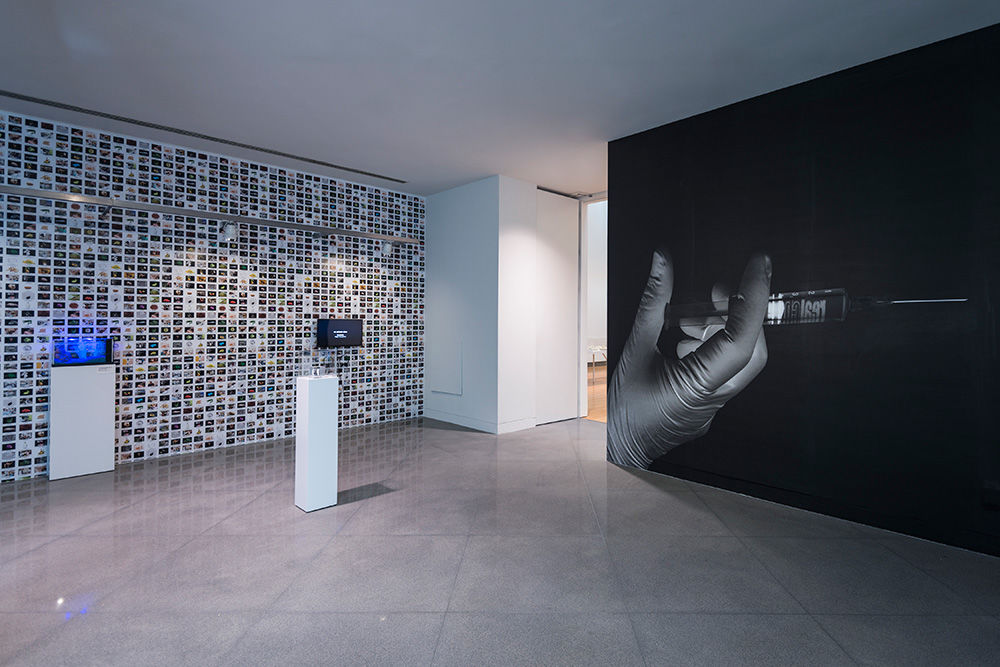 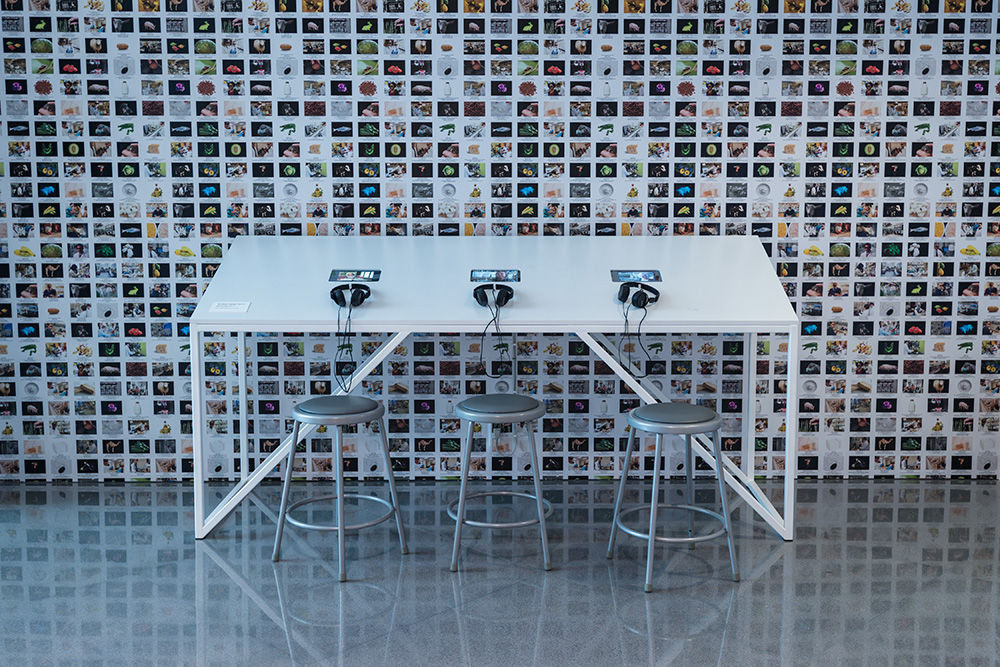 Since the 1970s, Lynn Hershman Leeson has made art that explores identity, technology, ethics, and society. In 1973, she started dressing, renting an apartment, and even going to psychotherapy and Weight Watchers sessions as a fictional character named Roberta Breitmore. She has made a series of feature films starring Tilda Swinton that fall squarely into the genre of cult science fiction, and over the years her large-scale installation work has increasingly focused on technology and artificial intelligence. Her ideas often seem to have a clairvoyance to them, like her creation of Agent Ruby’s eDream Portal (agentruby.sfmoma.org), a computerized female that uses algorithms to answer questions posed by users, at least a decade before Apple and Amazon gave us Siri and Alexa.

“Interactive technology — the use of touch screens, the use of computers for making interactive art — I was doing this in the late 1970s, before anyone else. Even though some of the projects I did kind of predicted what technology was going to be, I wasn’t credited for this because people didn’t understand what they were seeing. No one thought this was art,” Hershman Leeson said. “Millennials are able to understand work that my generation couldn’t.” The rise of a more technologically savvy generation of museum curators and art critics allowed for her work to gain broader acceptance, including a retrospective exhibition, Civic Radar, at the Yerba Buena Center for the Arts in 2017.

SITE Santa Fe includes Hershman Leeson’s functional replica of a genetics lab, The Infinity Engine, in its Future Shock exhibition. The piece, which she created in collaboration with scientists, was originally commissioned in part by ZKM Center for Art and Media in Karlsruhe, Germany. Its modular cubicles house reenactments of lab tests, printed scaffolds of noses and ears, microscopes, and other scientific equipment, with different areas defined by color-coding and signage. The replication of sounds typical of a genetics lab add an aural component. Hybrid crops, animals, and syringes are displayed as wallpaper in one room, while in another, visitors can read files of legal documents related to genetic engineering. There is also a “capture room,” devised in collaboration with Dr. Josiah P. Zaynor, in which reverse facial-recognition software captures visitors’ images, reveals their DNA origins, and adds the information to an evolving composite archetype.

“It’s supposed to say their age, their gender, and their mood, but this is not software I or my team wrote,” Hershman Leeson said. “This is off-the-shelf software that they use for scanning crowds to figure out what to try to sell them. I like the fact that it is not accurate. People are being sold things that have nothing to do with who they are, because the facial recognition system makes mistakes.”

Hershman Leeson is joined in conversation by Anne Balsamo as part of SITE’s My Life in Art series on Saturday, Oct. 7. Balsamo, the inaugural dean of the School of Arts, Technology, and Emerging Communication at the University of Texas at Dallas, is the author of Designing Culture: The Technological Imagination at Work (Duke University Press, 2011). SITE screens several Hershman Leeson films in the upcoming months, starting with Tania Libre (2017) on Nov. 16, a Swinton-narrated documentary about Cuban artist and political activist Tania Bruguera in session with her psychiatrist, Dr. Frank Ochberg. Another documentary, !Women Art Revolution (2012), screens on Nov. 30.

Hershman Leeson’s documentaries have a challenging aesthetic style that push them into the realm of art films, but her work tends to slip through the cracks of popular, if offbeat, culture. In 1998, Hershman Leeson’s Conceiving Ada showed at the Sundance Film Festival alongside Pi, Aronofsky’s first feature film. Both movies are about unusually intelligent mathematicians and both have decidedly auteur visions. Where Pi is frenetic and stuffed with hard-thinking neurotic men, Conceiving Ada combines a sensual costume drama quality with the low-fi feel of an old episode of Dr. Who to tell the story of Ada Lovelace (Swinton), who was considered the first computer programmer. “People gravitated toward Pi instead of Conceiving Ada, and that could have been a gender issue rather than a quality of the project issue,” Hershman Leeson said. “Aronofsky has now made probably 10 feature films. For me, it’s a terrible struggle every time I want to make one. That is frustrating because you’re not looked at and taken seriously — or you’re looked at for your age and whether or not you went to Harvard, those sorts of things. It’s changing for me now, but for years it was very difficult.”

Despite the focus of her work, Hershman Leeson does not consider herself any sort of scientific expert and does not interact much with technology in her daily life. She keeps abreast of scientific and technological advances simply by living in the Bay Area of California and paying attention. “It’s in the air here because everyone’s a techie. I did a lot of early work about surveillance. For some reason, I just am aware that these things are going on, have a sense of how we’re changing as a species, dealing with these new technologies and how they’re changing us.” — Jennifer Levin

"Interactive technology — the use of touch screens, the use of computers for making interactive art — I was doing this in the late 1970s, before anyone else. Even though some of the projects I did kind of predicted what technology was going to be, I wasn't credited for this because people didn't understand what they were seeing." — Lynn Hershman Leeson