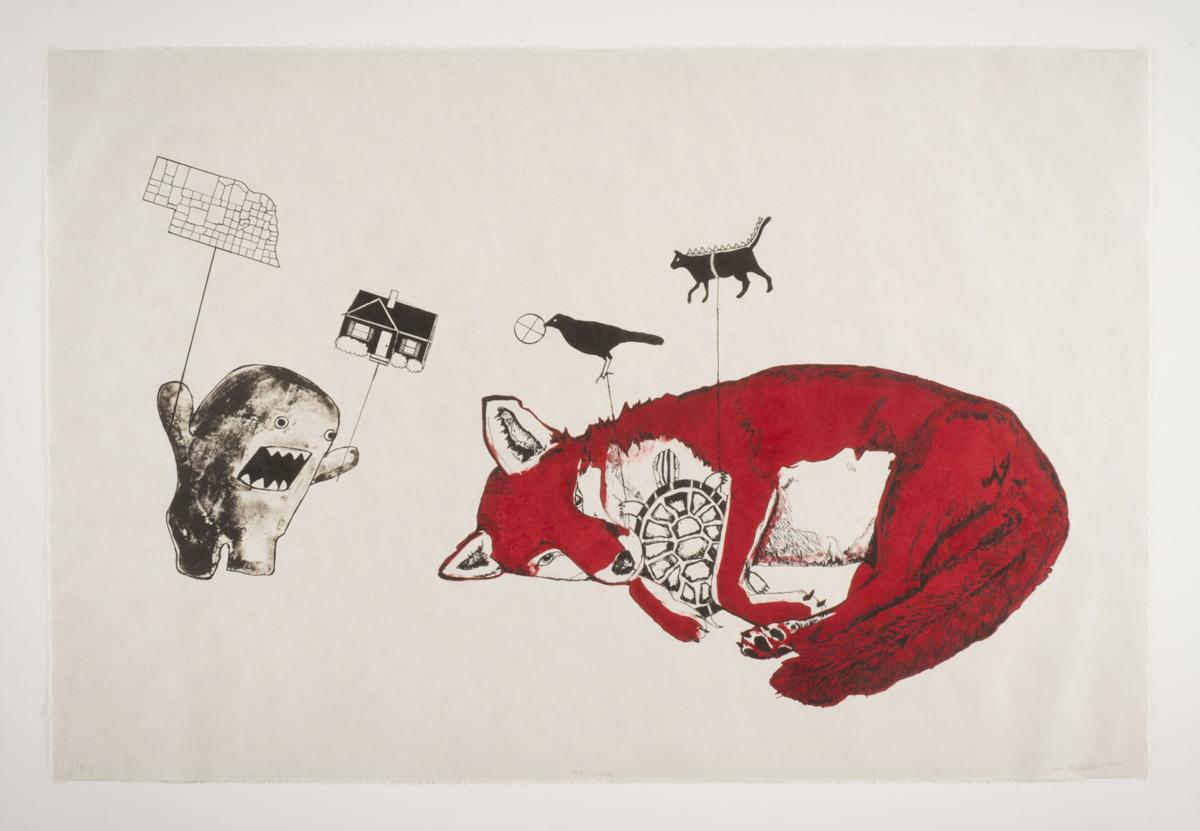 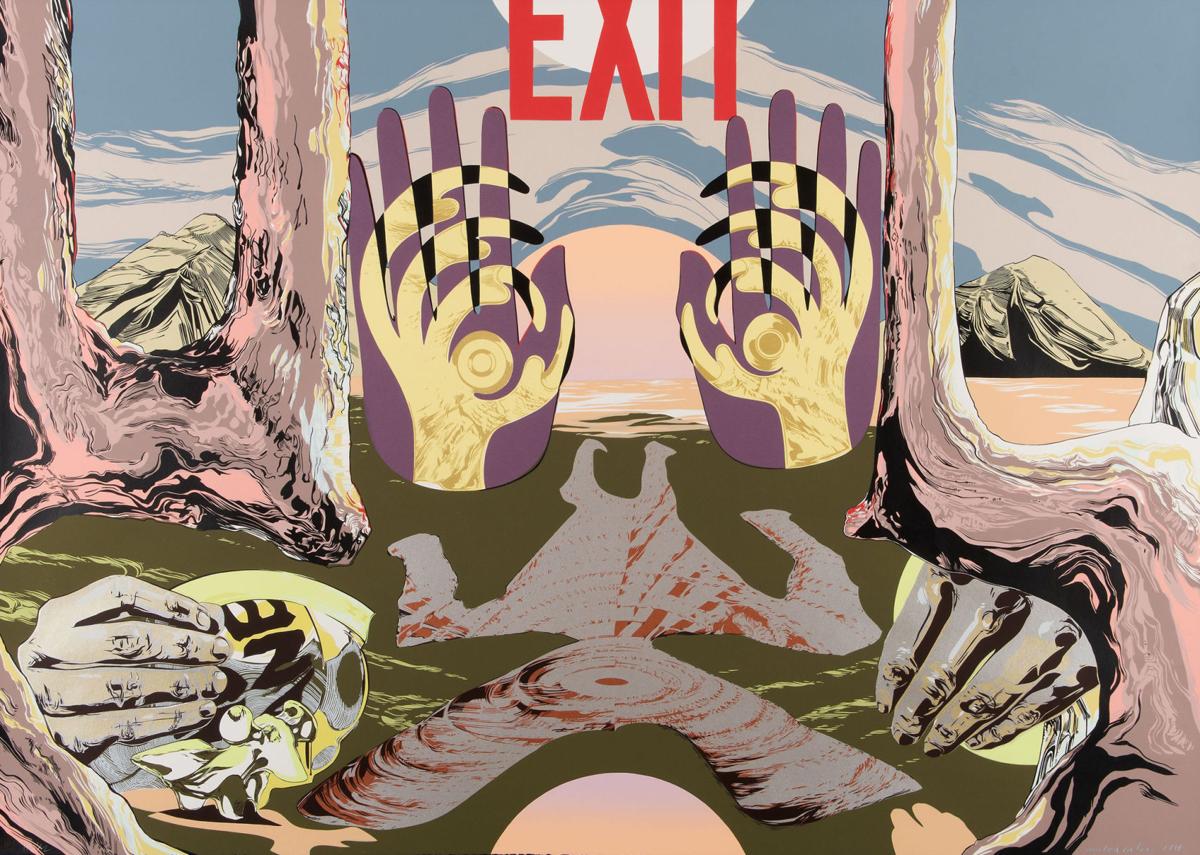 From its earliest days, printmaking has always been a collaborative process. Designers, engravers, printers, and publishers each had a role to play in the development of a finished, published work. Advances in printing technologies haven’t changed that — they’ve enhanced it. Everything produced in Albuquerque’s Tamarind Institute bears its distinctive chop mark, in addition to that of the artist. And the same is true for other print studios. In Indelible Ink: Native Women, Printmaking, Collaboration, on view in the University of New Mexico Art Museum’s Raymond Jonson Gallery through May 9, examples of lithography, screen printing, photogravure, monoprinting, and letterpress are all on view. These works, by 10 Native women artists, delve into the unique collaborative process while expressing an array of themes. The show explores the relationship of Western art traditions and indigenous cultures.

Contemporary and timely, Indelible Ink focuses on late 20th-century and recent works, including prints by Julie Buffalohead, Jaune Quick-to-See Smith, Ramona Saskiestewa, and Emmi Whitehorse. It emphasizes the relationship between the artists and the studios they collaborated with to realize their individual visions. Featured studios include Tamarind; Fourth Dimension Studio in Santa Fe; Crow’s Shadow Institute for the Arts, in Pendleton, Oregon; and Sister Black Press in Minneapolis.

Themes explored in the exhibit draw on interviews with the artists and the master printers with whom they worked. “The professional assurance and technical bravura of these endeavors far exceed printmaking achievements in this country during the first half of the century and, of course, printmaking is far different in scope and intention now than in earlier periods,” wrote noted painter, lithographer, and art educator Garo Antreasian in 2014. Native women remain a committed part of this evolution in printmaking.