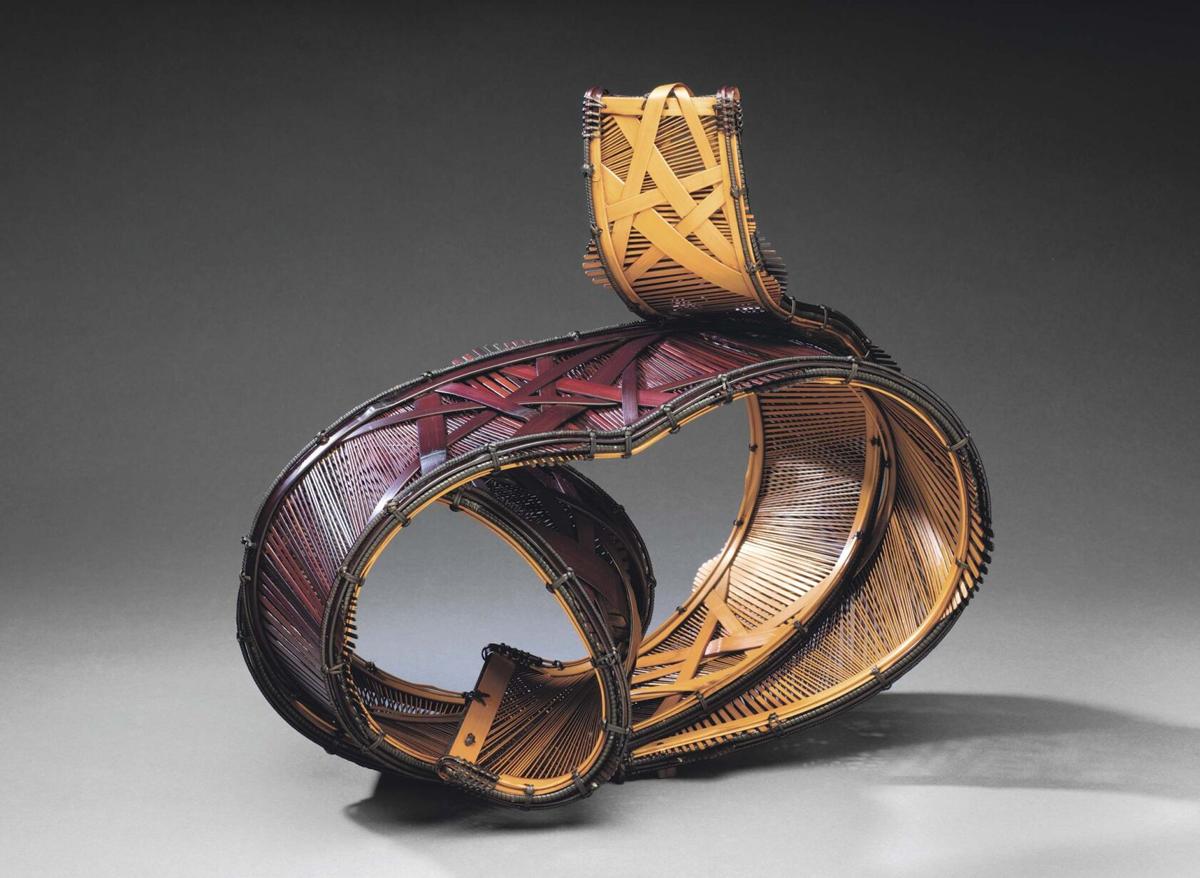 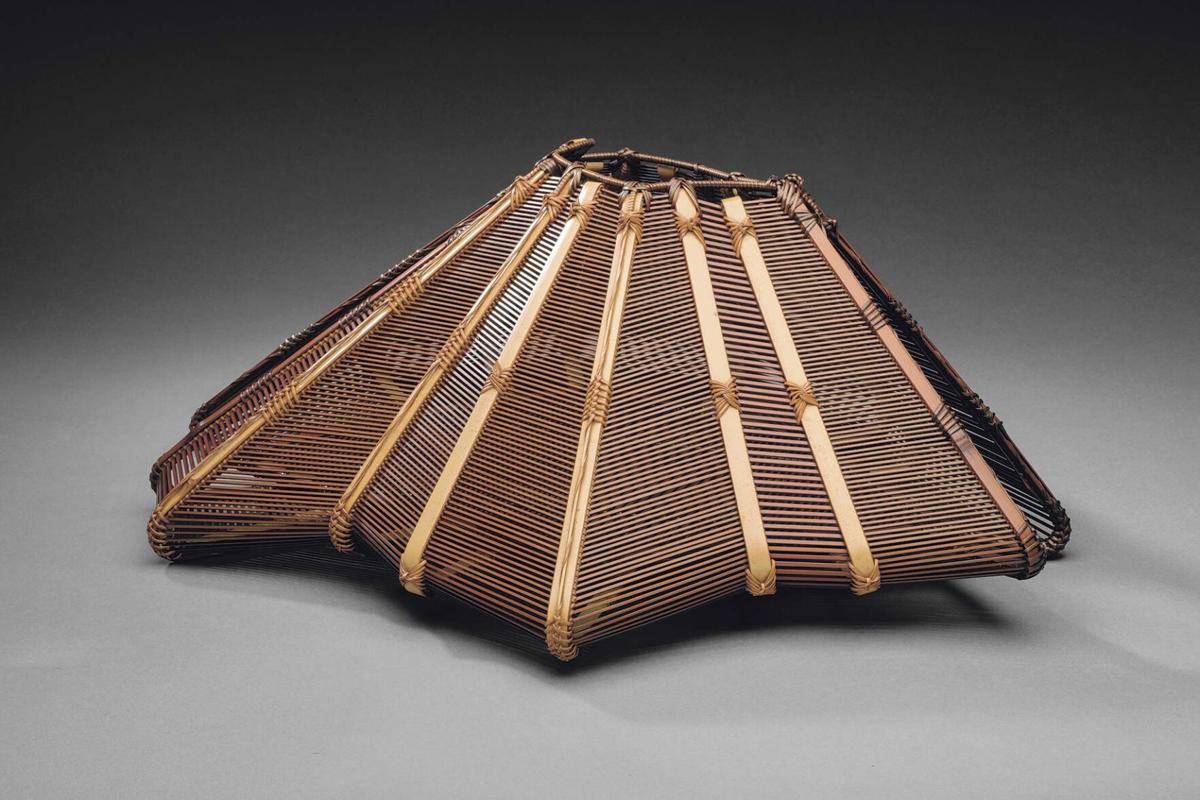 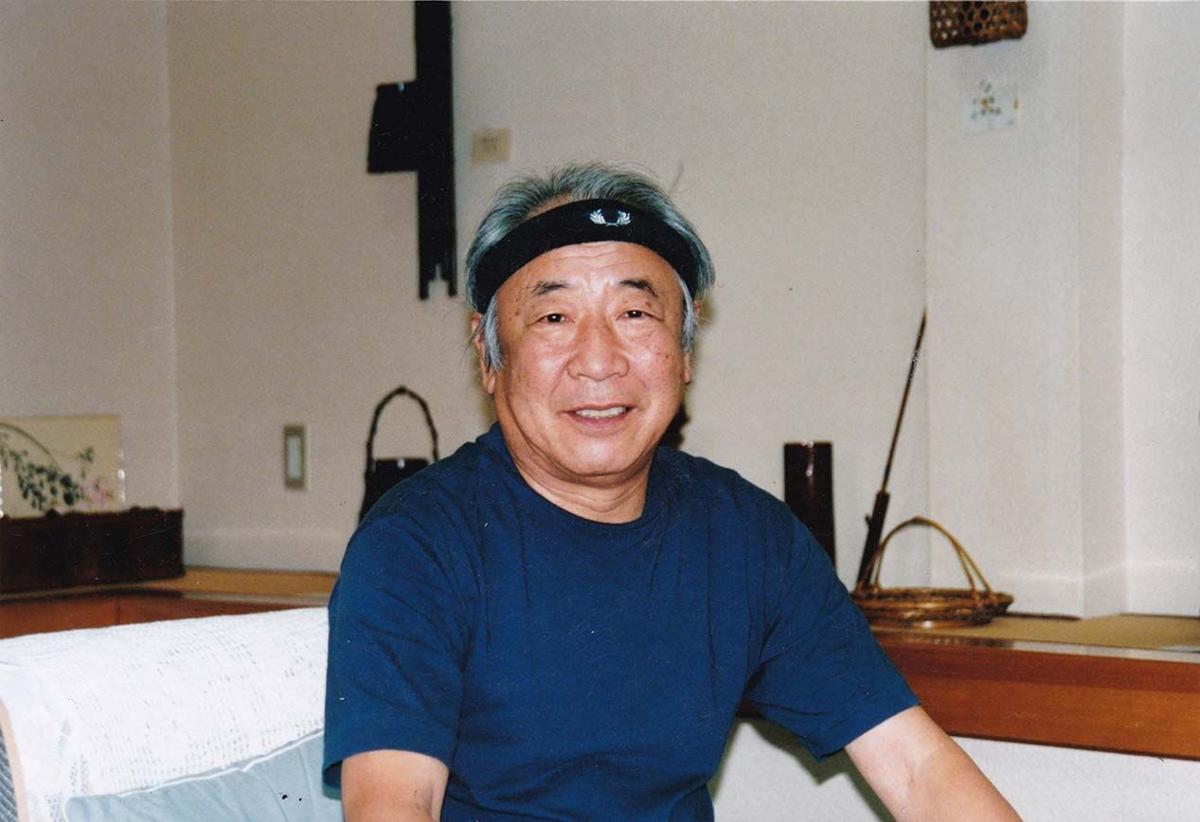 Torii Ippo circa 1997, courtesy of the Torii Family

Torii Ippo circa 1997, courtesy of the Torii Family

Bond was a special piece for Japanese bamboo artist Torii Ippo (1930-2011). Created in 1981 as one of only a few sculptural pieces he'd made at that stage of his career, Bond was a confluence of the inspiration of nature and a budding desire to move into more contemporary mode of artistic expression. With its curvilinear walls measuring nearly 18 inches and alternating colors of blond- and reddish-brown-dyed madake bamboo, it undulates like the river that inspired it. Torii was motivated to create it by the sight of the waters of the Yahagi River in Japan’s Aichi Prefecture where he lived, as well as the way the water flowed around the river’s wooden stakes.

It was also made at a time when Torii, who spent the first half of his career as a maker of functional wares, received accolades for his attempts at more contemporary sculpture. He submitted it to the annual Japan Fine Art Exhibition, Nitten, the nation’s premier showcase for Japanese arts, and it was accepted.

“I think it’s interesting that, at the age of 50, he would make these very original creative works out of the blue,” says Margo Thoma, gallery director at Tai Modern, which is currently featuring a retrospective exhibition of Torii’s sculpture. “The gallery has represented Torii since 1999. But this is actually the first solo show the gallery’s had for him, and it’s his first solo show in the U.S.”

The exhibition is composed of 12 sculptures, including several early pieces by Torii, as well as the last piece he created shortly before his death. The earliest work, from 1981, is Mountain Peak, which was only his second sculptural work in bamboo. Mountain Peak, like his first sculpture, Tabane (1980), which is not included in the show, was also accepted to a prestigious contemporary craft arts exhibition. His final work, Spring Surf (2011), which bends and curves like a circling current, reflects the recurring theme flowing water, which became a signature of his dynamic “band” works: wide curvilinear ribbons that twist around each other, composed of thin slats that run between thicker, layered, parallel bands of the tough and resilient bamboo.

If you were to unfold them, they would look something like the ties of a train track suspended between steel rails.

“For the first 30 years of his career, he made works for matcha tea ceremonies,” Thoma says. “They tend to be more traditional and have a more rustic feeling. They’re beautiful but very different from his sculpture.”

Torii came to contemporary sculpture as suddenly as he came to more traditional bamboo arts. His father, Torii Hounsai, was a well-known, prize-winning bamboo artist in Aichi Prefecture but never taught his son the craft. One can only speculate as to why he didn’t pass on his knowledge to his son, but Thoma suggests that it was for the same reasons that so many parents in the West discourage their own children from pursuing careers in the arts. It’s a tough path, with no guarantee of financial security.

But when his father became ill, he asked his son to take over the practice at his bamboo studio.

“I think it was probably a scary moment for him, not knowing whether he had the skills and creativity to make it in this art form.”

Torii learned the craft by studying his father’s works and copying them, borrowing items from collectors of his father's work to serve as models. But his uncertainty about bamboo arts as a career path lingered. It wasn’t until a trip to the Tokyo National Museum at Ueno Park in 1959 that he made the decision to commit himself to it fully. In the museum’s exhibition, Treasures from the Shoso-in, which featured objects from the famous Todaiji Temple in Nara, he saw a bamboo flower basket that dated to the Nara Period (710-784).

“The basket was almost flat, and it was still in perfect condition, even after 1,200 years,” he told the gallery. “Its power charmed me. That moment determined my career as a bamboo artist.”

Torii’s transition to sculpture didn’t occur until 1980, although he continued making more traditional pieces after that time in order to support his own family.

“What I’d heard from his family was that he’d been participating in several shows of various craft artists in his hometown,” Thoma says. “A visiting artist told him that he ought to try submitting to these public competitions. The next year, he went up to the mountain where his wife’s parents lived and selected some bamboo and made his first large-scale sculpture. It was completely different from everything he’d been doing. He submitted that piece to a competition, and it was accepted. I think that gave him the motivation to keep making sculpture.”

Long Autumn Rains, a piece he created in 1984, was inspired by his time observing the same river that led him to create Bond. It was also the start of his most well-known body of work, the Wave series, which cemented his reputation as one of Japan’s leading bamboo sculptors.

Each of Torii’s sculptures are made entirely from natural materials. The thicker pieces of bamboo are heated over an open flame to give them flexibility for bending into shape, and the sculptures are held together by rattan, a much softer grass than bamboo, which he knotted and wrapped around the bamboo slats to keep them stable. The thin slats that run vertically and horizontally throughout many of his works create a vibrational quality, allowing light to penetrate and cast rays of linear shadows around the pedestals where the works are displayed.

In some sculptures, Torii cut V-shapes into the bands of thin slats that run between the wider bands, which lends a contrasting geometry to each curvilinear, intertwining piece. He also varied the colors, rendering one side of the slats lighter than the other. As they bend, the sculptures reveal those contrasts of light and dark.

All of this was woven into sculptures of astounding complexity but that hit the eye with a seemingly simple elegance and grace.

“He would make maquettes out of paper and wire,” Thoma says. “He would form the shape, and once he’d figured it out, he’d make it in bamboo. I’ve seen photographs of the maquettes and their surprisingly similar to the end sculptures despite the materials being so different. It just shows me how much thought he put into every piece he made.”