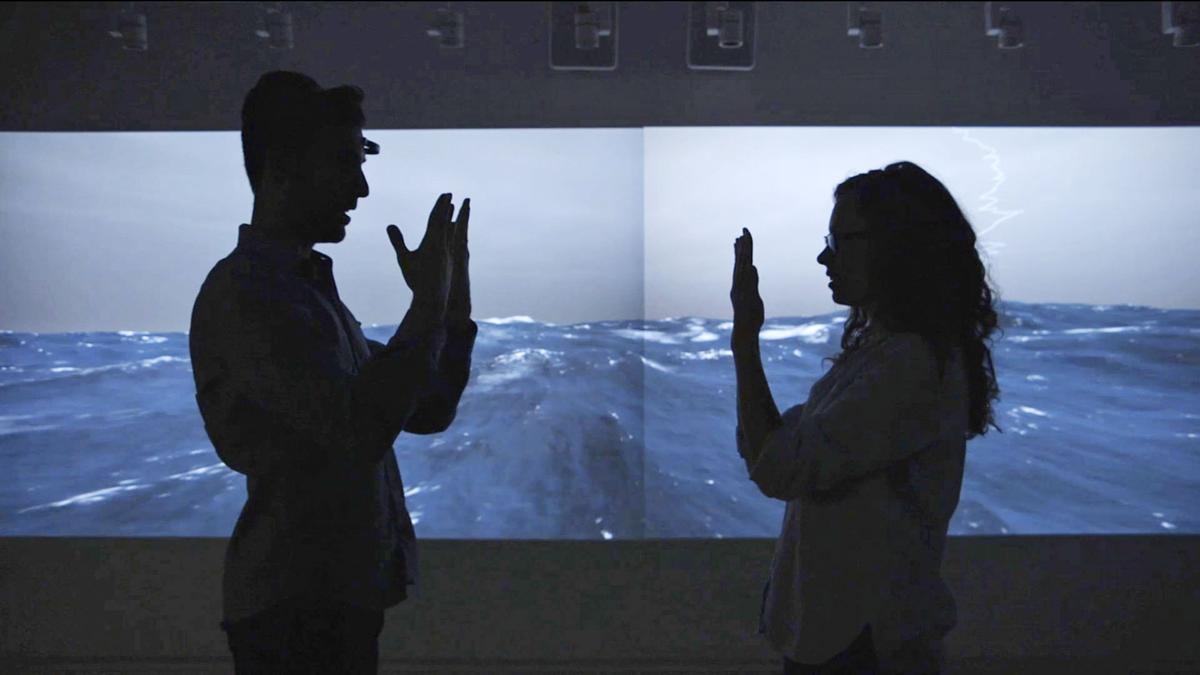 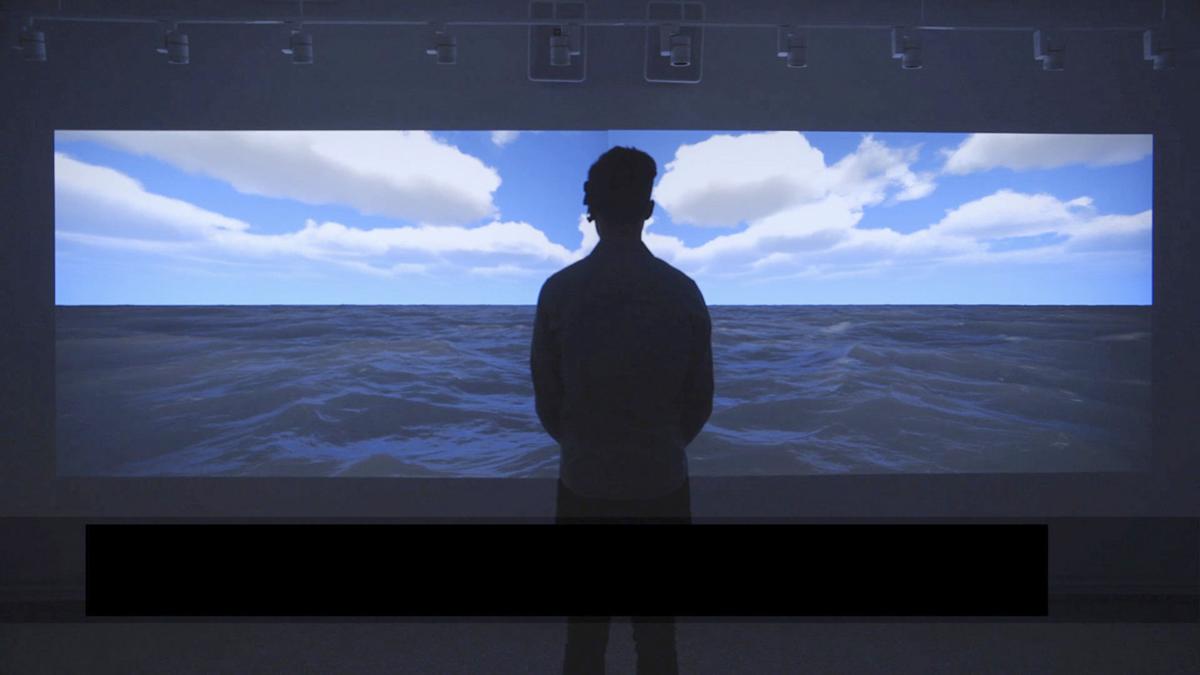 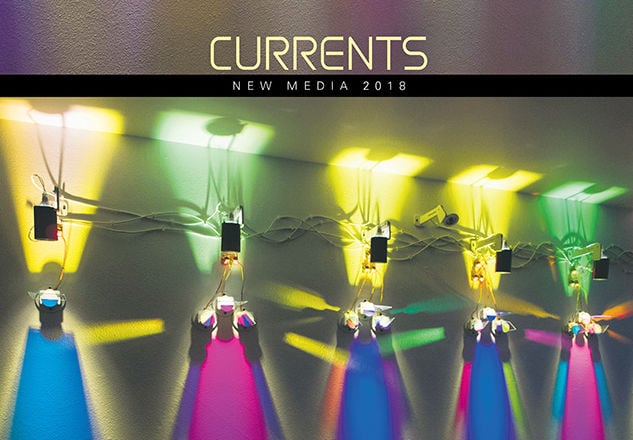 The ocean, in art, is a seeming paradox. It is impersonal, wreaking devastation (Géricault’s Raft of the Medusa) and swallowing the bold (Bruegel’s Landscape with the Fall of Icarus) with its boundless force and depth. At the same time, it is often deeply personal, a tempestuous manifestation of the artist’s psyche ( J.M.W. Turner’s seascapes). An installation at Currents by Northwestern University associate professor and media artist Ozge Samanci, with coding and implementation by Gabriel Caniglia, sits firmly in the personal camp. It is called You Are the Ocean, wherein participants can, quite literally, control the installation’s oceanic imagery with their minds.

Standing before a screen of computer-generated ocean waves, a participant wears an electroencephalography (EEG) headset. The headset measures the wearer’s levels of concentration and relaxation, which then become represented on the screen: Mental calmness translates to a peaceful ocean below a bright blue sky, while high concentration engenders storminess, with unruly waves and flashes of lightning. Caniglia, a cognitive and computer science student at Northwestern, explained that the realization of thought as image was achieved by connecting the headset to a video game platform, which allowed data from the headset to be combined with the installation’s visual and audio components, and made both interactive and manifest on screen.

“There is a direct correlation between waves — brain waves, and ocean waves,” Samanci said, describing the ocean’s transformative and sublime qualities as part of what makes it the right scenery for the installation. “We human beings think of ourselves as whole ecosystems. We have the right to eat animals, we have the right to produce plastic and throw our plastic everywhere. I make those mistakes, too. We are living in a fast-paced capitalistic system, and in order to keep up, we benefit from every part of nature. There’s a cost for that. So I was thinking that even though we perceive ourselves as with our bodies — with our arms and legs and that’s me, actually — we are part of the world. The world is our extension, and we are an extension of the world. When we think selfishly, that’s reflecting on the nature. The idea came from there for You Are the Ocean. I wanted to design an ocean that is an extension of us. If we are calm, the ocean is calm. If we are focused and trying to solve a problem, then it creates the storm.”

Caniglia explained, “Everyone who puts [the headset] on tries to figure out exactly what makes the ocean stormy. That seems to be everyone’s goal — not a calm ocean, but a stormy ocean.” To reach that point, participants have gotten creative, trying everything from reciting poetry to envisioning the faces of people from their youth. Samanci described an interesting outcome at Northwestern: A dancer performed an improvisational piece while wearing the headset. The waves were mostly calm throughout the dance — but when it ended, and the dancer prepared to answer questions from the audience, they grew stormy.

While the unpredictability of the individual experience is a key part of You Are the Ocean, another important aspect is what happens after the headset comes off. Samanci said, “People are waiting for their turn at the end to put on the headset and try, and then it creates a discussion platform. While people are waiting, they talk about their thoughts, what helps them to focus, what makes them relax, and how it’s connected to nature and their reading of the piece.” The deeply personal thus becomes interpersonal as well. Perhaps the “you” in the installation’s title is a plural one, referring to us all.

"I wanted to design an ocean that is an extension of us. If we are calm, the ocean is calm. If we are focused and trying to solve a problem, then it creates the storm." — artist Ozge Samanci