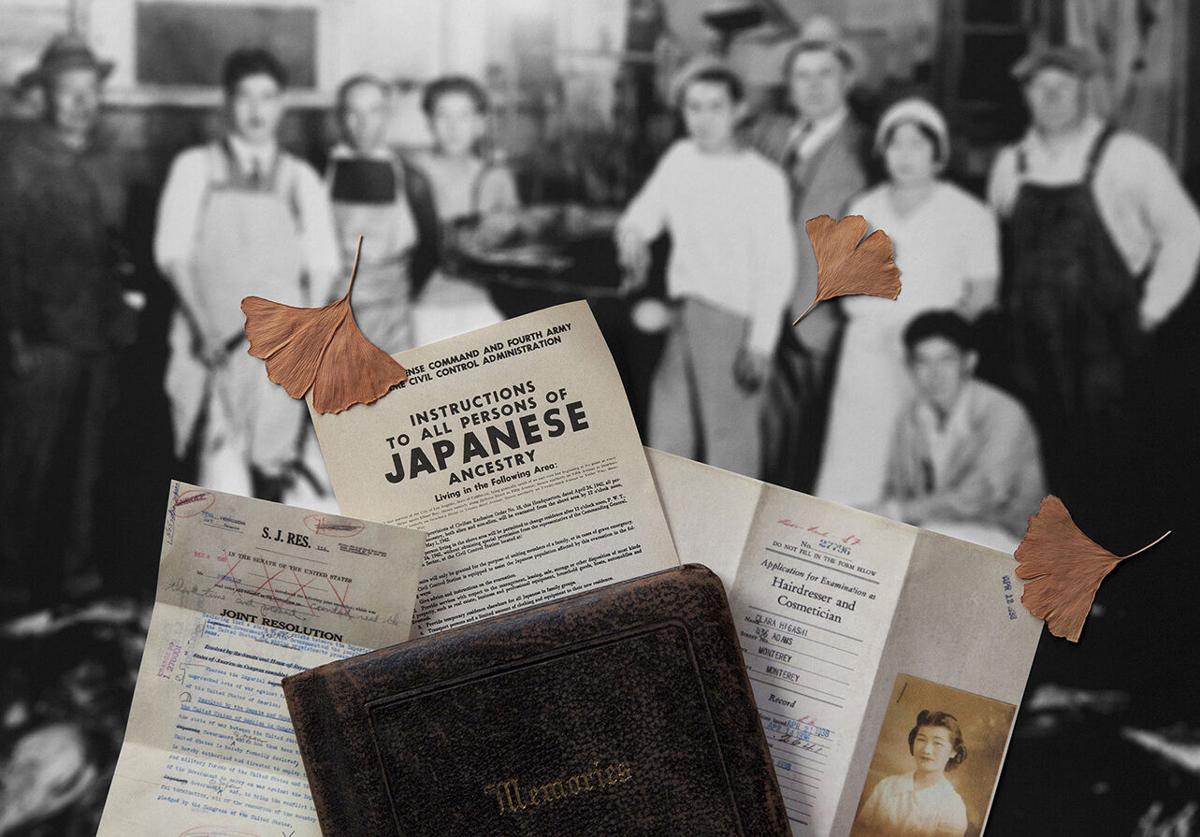 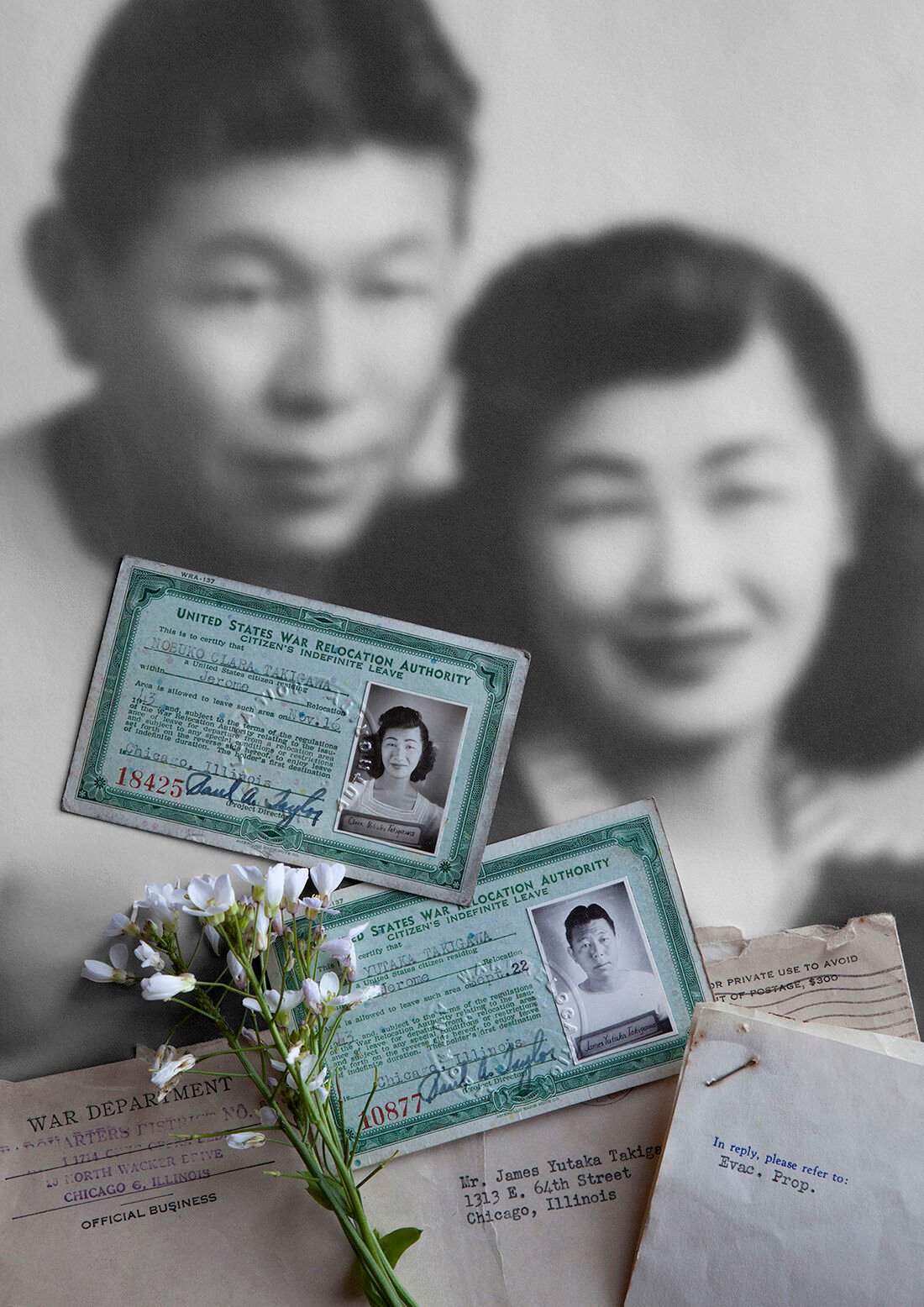 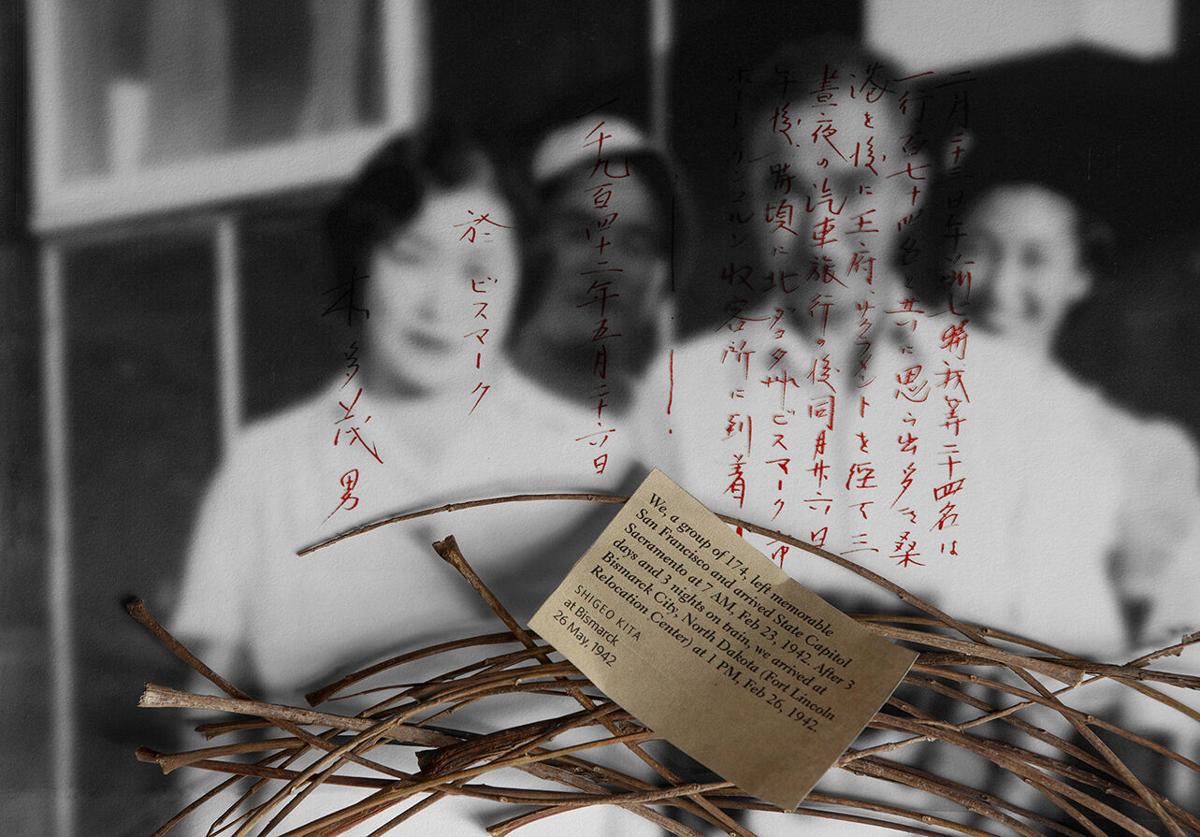 On Feb. 19, 1942, President Franklin Delano Roosevelt signed Executive Order 9066, which led to the relocation of more than 120,000 Japanese-Americans, most of them to internment camps in the nation’s interior. Even Santa Fe had a camp, which more than 4,500 people passed through between 1942 and 1946. It's commemorated by a stone monument in Frank S. Ortiz Park, where the camp was located. The majority of the people affected by Executive Order 9066 (approximately 112,000) were residents of the West Coast.

Were it not for the order, it’s likely that graphic designer and photographer Jerry Takigawa would have been born in Monterey, California, near where he now lives in Carmel Valley. As it was, he was born in Chicago, where his family moved after their internment at a camp located in Jerome, Arkansas.

“There was a lot of migration from the camps to the Midwestern states, partly because maybe they were not as freaked out and much more accepting than the West Coast states from whence they came,” says Takigawa, 75, whose recent project, Balancing Cultures, is the culmination of a life shaped, in part, by an open secret. His parents rarely discussed the years they were incarcerated in Jerome, and Balancing Cultures was a way for him to address the topic at a remove.

“It’s been a long evolutionary process to get to this point of being able to articulate this kind of a message,” says Takigawa, whose project is a photographic narrative of one family’s journey from immigration to incarceration to reintegration. It’s a story he tells through a combination of found photographs overlaid with found objects from a dark period in his family’s history, which is then rephotographed.

“Without being conscious of it, I’ve been working on this for many years. Under the guise of developing skills and doing other projects, I was actually working my way towards doing something like this.”

He is known for his work in photo-collage. Like Balancing Cultures, his work often has a social and political edge, and touches on issues of identity.

It’s been a long evolutionary process to get to this point of being able to articulate this kind of a message.

“The black-and-white humanistic imagery is augmented by color representations of identity cards, wartime documents, and other items that [exemplify] Takigawa’s refined minimalist aesthetic while effectively expanding the narrative of cultural resilience,” says photographer and juror Harry Gamboa Jr. He selected Takigawa, he says, because of the artist’s visionary use of documentary photography in the creation of perceptive images that convey a personal and collective experience.

Takigawa’s project is about a time and place, but it’s also about the fragile nature of memory. Specifically, it explores the ambiguous nature of the memories held by one who had no direct experience with his family’s incarceration, but felt the effects of the generational trauma. Each found photograph is deliberately blurred to capture this aspect of what, for Takigawa, was an obscure chapter of his family’s history, at least for the first 40 years of his life.

“It has to do with the past and memories fading,” he says. “On the other hand, blurring the images of my own family opens the door for other people to imagine their family or people in their lives who were in that situation.”

The arranged objects, which are in focus and in color, are a vivid reminder that the camps were a reality.

For decades, his family rarely spoke about their time in the internment camp. Although there were instances where the word “camp” was mentioned, it was, he says, incidental. They never discussed their experience with him in any depth.

“It was a marker of time, and it was a marker of place,” he says. “But they weren’t talking about the politics, the racism, or the hate. I think they wanted me to not feel the way they felt about the government and about the country, because they didn’t want anything bad to happen to me. They wanted me to feel perfectly American and be satisfied with that, whereas they were probably harboring feelings of real disappointment and, sometimes, anger about what happened to them.”

But two things happened that put Takigawa on the road to developing Balancing Cultures. First, in the 1980s, advocacy groups and a second generation of Japanese-Americans were petitioning the United States government for redress. And that brought up a lot of family conversations among Takigawa’s elders.

I think they wanted me to not feel the way they felt about the government and about the country, because they didn’t want anything bad to happen to me. They wanted me to feel perfectly American and be satisfied with that.

“I took in some of that, but it didn’t really register,” he says. “I had my own life, and I was trying to do my own things. I didn’t really avail myself of being able to ask the questions you think about later.”

Then came the discovery of the photographs.

“After my mom died, we were cleaning out the house, and I saw these boxes of photographs. I saw these photographs of them in the camp. Being a photographer, it was like verification. All of a sudden, it became much more real and tangible than all the stories they might be able to tell.”

In one of Takigawa’s works, A Jap’s a Jap (2018), a scrap of paper bears a quote from Lieutenant General John L. DeWitt, who oversaw the internment of Japanese-Americans during the war. “A Jap’s a Jap,” it reads. “It makes no difference whether he is an American citizen or not.”

But DeWitt’s overtly xenophobic statement contrasts with another, which overlays the image of Takigawa’s mother in the photograph This World, February 8, 1942 (2016): “The great majority of our aliens are harmless people, desperately anxious to keep out of trouble and abide by our laws.” The quote appears to be attributed to a U.S. senator, whose name is obscured by a pink and white scarf, draped across the image.

“I tried to imagine what it was like for my parents and grandparents to live in a society that was that angry and hateful, and that was kind of an emotional time for me. Those feelings they had to bear, even if they didn’t reveal it to me, were basically transferred through the magic of silence. Kids pick up on stuff like that. It does color your life.”

The specter of Takigawa’s parents’ wishes lingers. They were reluctant to speak of their internment, but he does. How they might’ve responded if he had completed the project while they were still living is an open question.

“I really do believe that they would be proud of it,” says Takigawa, who won CENTER’s Curator’s Choice Award for the project in 2018 and came to Santa Fe to deliver a presentation on it.

The night before his artist’s talk, he had a dream.

“My father was sort of angry at me for some reason. I woke up thinking ‘I wonder if he doesn’t really want me to say anything about this.’ But the more I thought about it, the thing that they were doing by not talking about it at all was that they were trying to protect me. I reread his anger in the dream to mean that he was more concerned about my own safety. I had to decide if I could speak out and tell the story, because they couldn’t.”

During WWII, Santa Fe Internment Camp was operated in the city. Over 4500 Japanese Americans were confined here. A historic marker is located in Frank Ortiz Park. Next April, a SFIC 20th Marker Anniversary activities will be help.