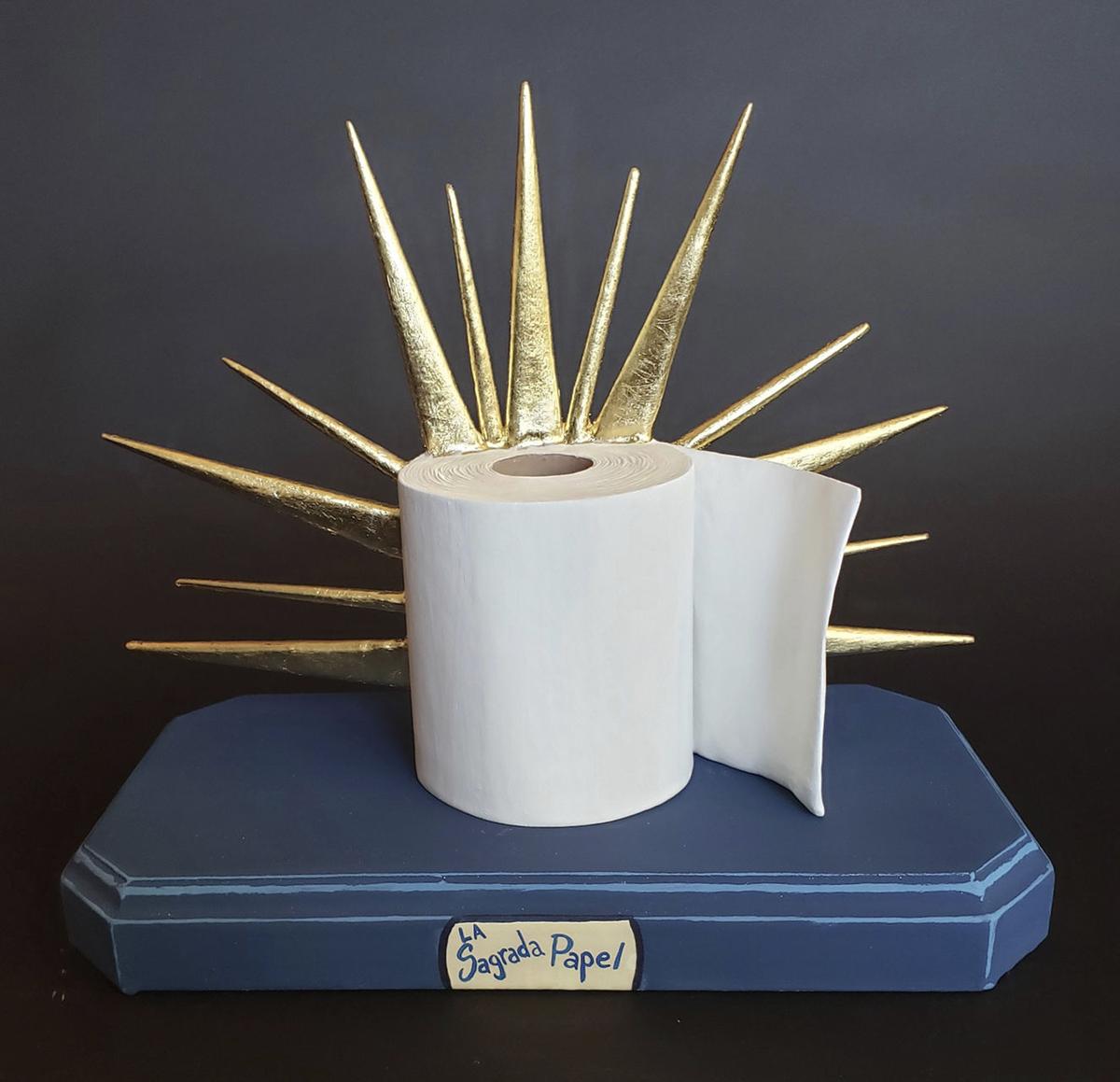 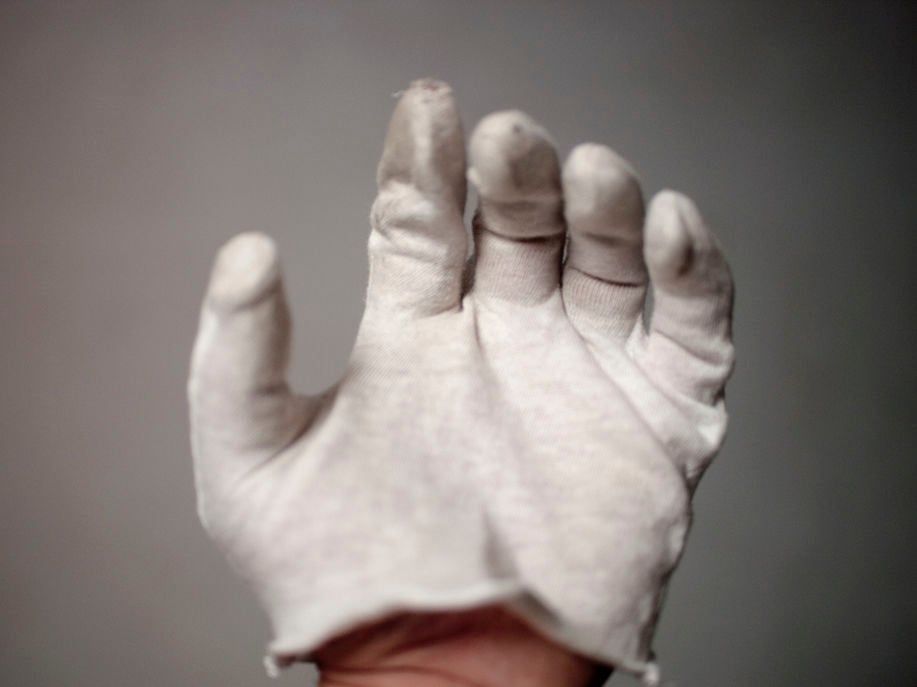 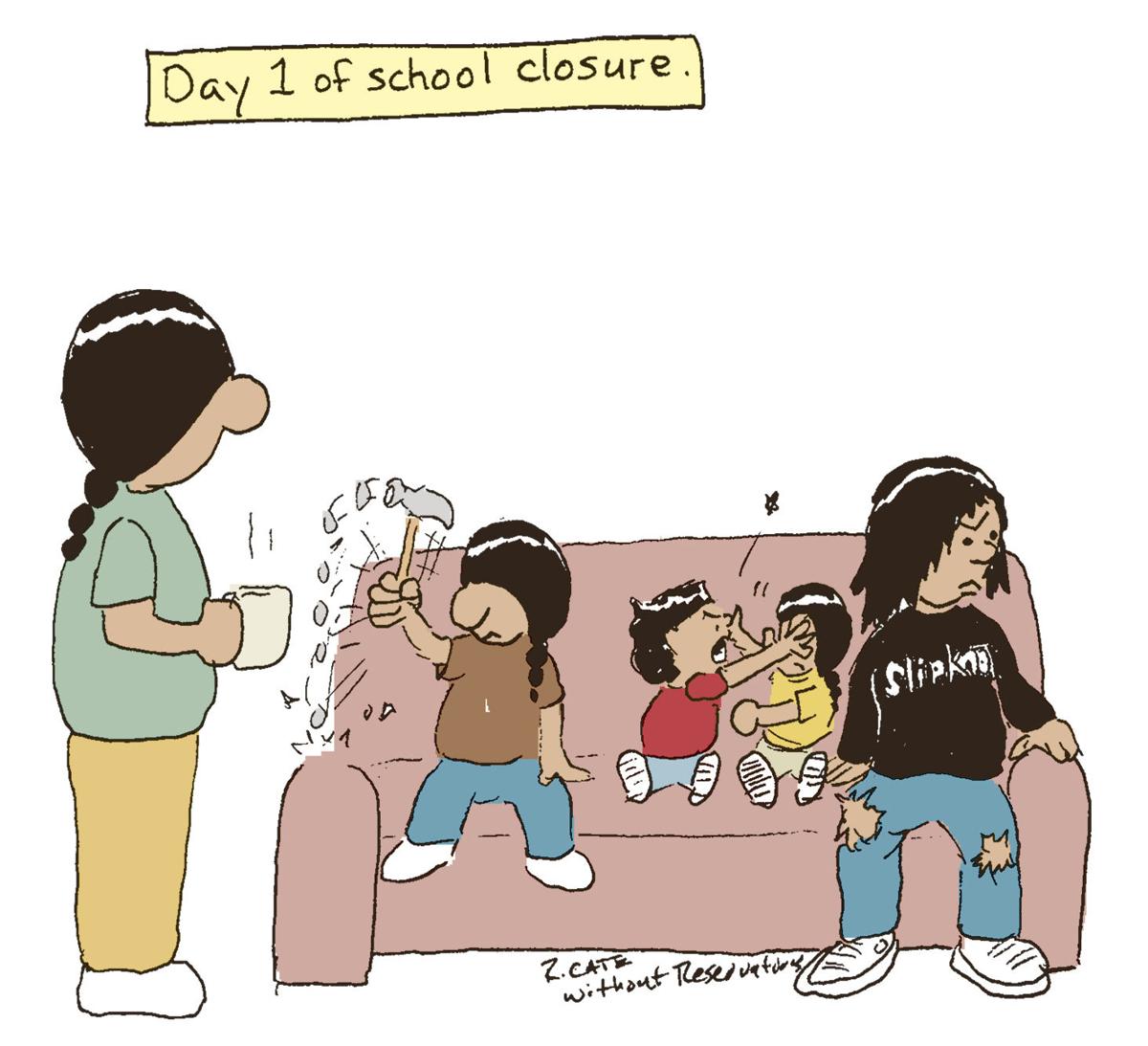 Artists are in a unique position to comment on the global pandemic, as venues cancel their events, borders are closed, social distancing becomes the norm, and people sequester themselves inside the safety of their homes. For many professional creatives who are used to working in the relative isolation of a studio, say, the situation might seem like the status quo. With social gatherings now discouraged by health officials across the nation, perhaps we’ll see an increase in creativity, driven by the growing withdrawal from social activity. Perhaps not. But local artists are not sitting idle.

On March 11, the World Health Organization declared the novel coronavirus, or CoViD-19, outbreak a global pandemic but the hoarding had already begun. Toilet paper, one of the most common household items, suddenly became as coveted as precious gemstones — and the rolls flew off the grocery store shelves at an alarming rate. Before the week was out, local santero Arthur López crafted a fitting tribute to the rapid change in values: a hand-carved bulto, or sculpture in the round, of a roll of toilet paper, gleaming white, and surrounded by a corona of golden rays, like the figure of a saint. He called it La Sagrada Papel (The Sacred Paper), with the subtitle “for protection from running out of toilet paper.”

“I started it on a Tuesday and finished it on Friday,” he says. “An everyday commodity like toilet paper, that we all use, has turned into this object that everyone desires.” López is a self-taught santero who often injects an irreverent humor into his carvings, gravitating between crafting traditional figures of Catholic iconography and using his work as a way to comment on current issues and events. “With everything that’s going on, artists have a lot of material to use for social commentary. Whether it’s appropriate or not, I don’t know. I just comment on the situations. I don’t create them. For me, it’s about trying to keep a positive mind and a little bit of humor and, at least, put a little smile on people’s faces during this time.”

López and his wife, artist Bernadette Marquez, live in Santa Fe with their two children. They go through toilet paper a lot faster than a family of fewer than four. Buying it, even in times of crisis, is a necessity. But López admits that an act that, only weeks ago, was merely something to be checked off the shopping list, is now a self-conscious one. “Normally, you go to Sam’s Club and get a big package and your ready to go,” he says. “But with something like this, it set a lot of people off. I went to the store the other day and, of course, they’re limiting it now to two packages per customer. So I grabbed two of them and you get that stigma of everybody looking at you, like you’re hoarding it or something.”

It’s a troubling time for artists, too, and López gives us a reminder. His professional life has slowed down considerably over the past few weeks. An April talk and slide presentation he had planned to give for the Roswell Artist-in-Residence Program was canceled. The buying of toilet paper supersedes the buying of art. “It’s scary as an artist because art is the first thing to go,” he says. “It isn’t a necessity. It’s a luxury. You get paid for some talks or for your artwork but, all of a sudden, you have people canceling commissions and things like that. It really affects you. We don’t have that government bailout or unemployment. It makes you really rethink things.”

Luckily, La Sagrada Papel sold to a private collector in a matter of days. But that was after interested parties tried to talk him down in price, despite López offering it at a discounted rate. “I think that people think, ‘Well, they need the money now,’ so they want to haggle with you,” he says. “But it did sell and it will be heading to San Diego.”

Midway through a two-week, self-imposed quarantine at his home in Taos, photographer, writer, and educator Jonathan Blaustein took a different tact in This Week in Photography, the normally good-humored weekly column on the blog aPhotoEditor. Instead of another lively piece about fine art photography, he delivered a plea for some sanity and calm in these troubling times. “Haven’t I seen enough in the last month to write ten articles about things on the wall right now?” he wrote. “Yes. Yes, I have.” But for the first time, Blaustein used the platform to give his readers a bit of advice. “First of all, remain calm. Secondly, remain calm. Just because other people are buying up everything in sight doesn’t mean you have to.” He went on, admonishing readers to wash their hands often but not to buy up all the soap at the local supermarket, and adding, “Or all the TP, tissues, paper towels or hand sanitizer.”

“Very often, I do write about personal things as a lead-in to art-based content,” says Blaustein, who was recently in Amsterdam, the Netherlands, to promote his first monograph, Extinction Party, which was published in March by Yoffy Press ($40). “But all I could think to write about was what I wanted to say to my readers about this. It was gut feeling. The response was good. It made me feel like I had been helpful to other people, which is really all anybody wants to do in a time of stress, be a positive influence on others.”

Blaustein returned to the United States from Europe on Feb. 28. He was in Houston in early March to attend a conference and was at home in Taos on March 8, just three days before the World Health Organization declared the coronavirus outbreak a global pandemic. “I was almost extraordinarily lucky,” he says. “I made both of these trips immediately before traveling became stressful and forbidden. I felt really stressed out in the lead-up to the Amsterdam trip. But I think, in the end, it was sublimated fear of what was coming. There was nothing to be afraid of in the moment. The airports were full and normal. My travel experience was great and easy.”

He looks back on the March conference in Houston with some surprise at how, just weeks ago, before the term “social distancing” became a part of our everyday parlance, a group of people could be corralled together in a confined space. “Now it seems impossible to imagine,” he says.

Although Blaustein is confident that he doesn’t have the virus, he took the measure of self-quarantining himself and his family, based on the urging of the New Mexico Department of Health and Governor Michelle Lujan Grisham, who called on anyone who has recently traveled out of state to self-isolate. “My sister-in-law is a doctor up here with Taos Medical Group. She told my wife and kids that they should be quarantined, too, just because we share germs. I wanted to be a responsible citizen.”

Blaustein’s book focuses on the bodies of work he’s been engaged in as a photographer — projects that investigate consumption in America and how the squandering of resources effects climate change, a contributing factor in the increase of novel viruses like CoViD-19.

“The title is meant to be absurdist,” he says of Extinction Party. “I’m giggling about it now, and I haven’t been able to laugh for a while. There’s something about your work seeming predictive that makes it hard to see the humor in it. It’s about people needing to limit their consumption in order to stay alive. This kind of dislocation — I’m calling [it] ‘the pause’ — is an opportunity to make some changes,” he says. “We all hope that what’s going on now ends quickly and successfully and we can get back to our regular lives. But you do hope, also, that people carry with them that extra conscientious behavior regarding their impact on the planet.”

Regular readers of the Santa Fe New Mexican are sure to recognize the recurring characters in Santo Domingo Pueblo artist Ricardo Caté’s daily comic strip, Without Reservations. There’s the Chief with his stereotypical feathered headdress, who’s always quick with a witty one-liner or observation; and a foil for the mores and ideologies of western culture. The General, a George Armstrong Custer-like figure, acts the dupe, always stating his thoughts from a position of ignorance. It’s a role that Caté often delegates to President Trump, who also appears frequently in the strip.

In a recent strip, Trump is in a tizzy, exacerbated by the global pandemic and his failure to keep the public response in control. “This A-pack-of-lips is getting out of hand!!” he says, misstating “apocalypse.” “What should I do?!?” The Chief replies, “Hey, I know!! Call on your Space Force.”

The CoViD-19 crisis gives Caté plenty of fodder for Without Reservations. In recent weeks, it’s been a near-constant topic in the strip, with recent entries depicting a self-quarantined “Indian in the cupboard,” Natives self-isolating by keeping themselves on opposite sides of a canyon, and in a more personal vein, showing how his grandmother would have treated coronavirus symptoms (with Vicks VapoRub).

“I like staying up to date so I can be more informative in putting my view across, and I put a touch of humor on it just to make people feel better and to keep myself busy and keep myself from going insane,” Caté says. “A lot of artists are on a different level of thinking so when something like this happens, we go full force. Something clicks. I’ve been on a roll lately because of this crazy stuff going on. You can’t make this stuff up.”

In a way, Caté sees his Chief as an extension of himself but the Chief has taken on a persona of his own. “I know he speaks through me, but every day I wake up and I say, ‘I wonder what the Chief’s going to say today?’ which is kind of weird because I am him. But, then again, I’m not. He speaks through me but he says things sometimes that I’m not sure that I could ever say. He speaks for most Natives, and the General speaks for what I call the ‘dominant society.’ It works out pretty good because, through them, I can do all these conversations between the two cultures.”

Without Reservations provides a daily dose of levity. And while the uncertainty surrounding the pandemic and its disruptions to our lives mount daily, humor is a needed tonic. “I think, in these times, we’ve all got to do our part and as artists were doing it, whether it’s for ourselves, our families, or for others,” Caté says. “Sometimes the worst brings out the best in us.” ◀